'The accident was a result of entry into clouds due to unexpected change in weather conditions in the valley.' 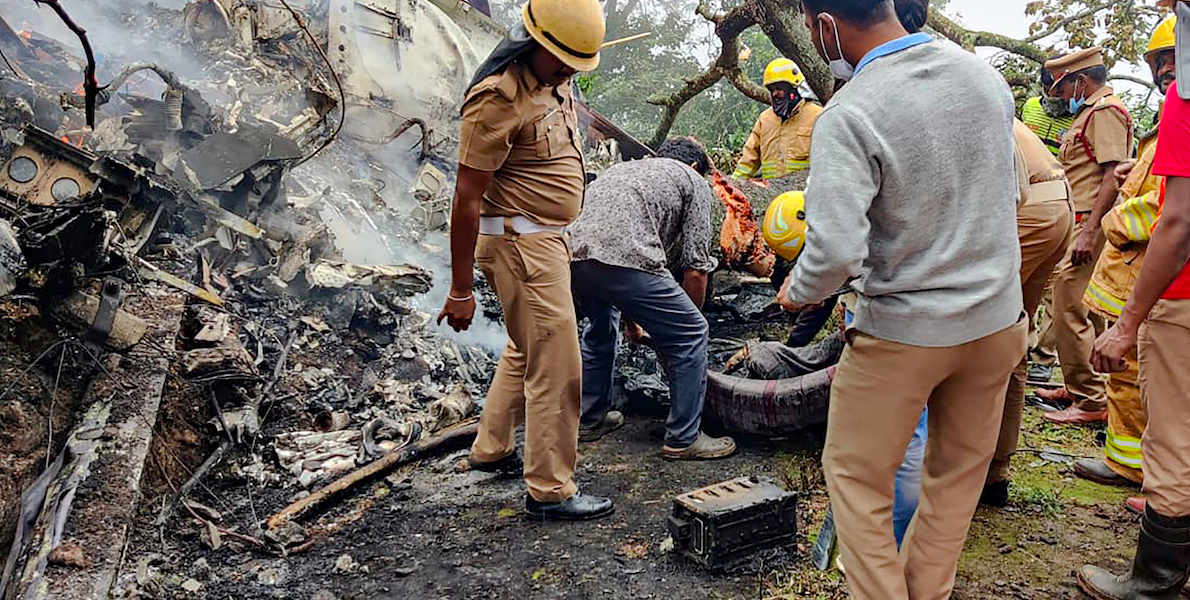 Rescue officals at the spot where an IAF Mi-17V5 helicopter crashed in Coonoor, Tamil Nadu, Wednesday, Dec. 8, 2021. CDS Gen Bipin Rawat, his staff and some family members were in the chopper. Photo: PTI

New Delhi: The IAF chopper crash on December 8 that killed Chief of Defence Staff (CDS) General Bipin Rawat and 13 others was the result of “entry into clouds” due to an unexpected change in weather that led to spatial disorientation of the pilot, according to the preliminary findings submitted by the tri-services court of inquiry.

A statement by the Indian Air Force (IAF) on Friday said the court of inquiry into the Mi-17 V5 accident has ruled out mechanical failure, sabotage or negligence as the cause.

“The accident was a result of entry into clouds due to unexpected change in weather conditions in the valley. This led to spatial disorientation of the pilot resulting in Controlled Flight into Terrain (CFIT),” it stated.

General Rawat, his wife Madhulika, his defence advisor Brigadier LS Lidder, staff officer to the Chief of Defence Staff, Lt Col Harjinder Singh and decorated pilot Group Captain Varun Singh were among the 13 who were killed in the crash near Coonoor in Tamil Nadu.

According to US aviation regulator FAA, CFIT is defined as an unintentional collision with terrain- the ground, a mountain, a body of water, or an obstacle- while an aircraft is under positive control.

The IAF said that the inquiry team analysed flight data recorder and cockpit voice recorder besides questioning all available witnesses to determine the most probable cause of the accident.

“Based on its (preliminary) findings, the court of inquiry has made certain recommendations which are being reviewed,” the IAF mentioned.

The court of inquiry into the crash was headed by Air Marshal Manavendra Singh.

Air Marshal Singh, currently heading the Bengaluru-headquartered Training Command of the IAF, is known to be one of the best air crash investigators in the country.

Before taking the reins of the Training Command, the Air Marshal was the director general (inspection and safety) at the air headquarters and he developed various protocols for flight safety while serving in the post.

The government is yet to appoint a new Chief of Defence Staff (CDS).