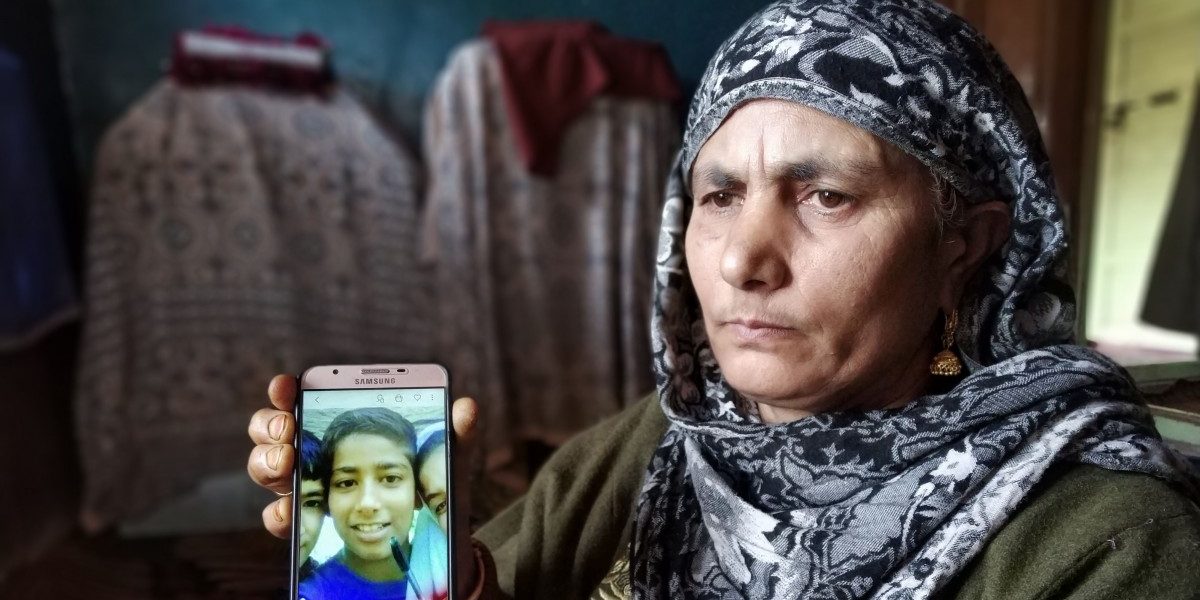 On the morning of February 1, 11-year-old Intizar Bashir Bhat picked up his school bag and left for his tuition centre in Rahmoo village of south Kashmir’s Pulwama district. Once there, he surreptitiously placed the bag on the veranda and joined some friends who were waiting for him.

The group – all under 15 – decided to go to an encounter site in the neighbouring Drabgam village, around seven kilometres away. A night-long gun battle between government forces and members of the Jaish-e-Mohammad had left two militants dead there.

“We met near the mosque and decided to go to the encounter site where two militants had been killed,” Intizar said, adding: “There was a complete shutdown in Pulwama. I skipped my tuition classes and went along with my friends.”

Among his friends, Intizar was quite close to 12-year-old Junaid Bilal Wani, who was also a distant relative. Their houses are about a kilometre away. “That day, Junaid was staying at his aunt’s house along with his mother,” said Initizar’s father, Bashir Ahmad Bhat.

Since roads were blocked to traffic due to a strike, the group of friends reached the gunfight site on foot.

“It took us around one-and-a-half hour to reach the encounter site where hundreds were already present. We squirmed through the public chanting pro-freedom slogans to reach the exact location,” said Intizar, now lying in his bed.

While walking hand-in-hand around the demolished house where the encounter had occurred, Initizar and Junaid spotted an explosive. They picked it up and examined it closely. “It was that bottle’s size,” said Intizar, pointing towards a small cough syrup bottle placed on a windowsill. “But its shape was like an egg. It was black with a yellow lid.”

Junaid then put the explosive in his pheran pocket and the duo left the site hurriedly.

While walking back home, Intizar said they did not show the grenade to anyone. “We knew it was an explosive and could kill us. Its lid was bent so we thought it has been already used. We decided to play with it at home,” the boy said.

The duo then hid the explosive at Intizar’s home, ate lunch and went to offer Friday prayers.

“Intizar took his lunch normally. I thought he had returned from the tuition centre. Later, he went to offer prayers in the nearby mosque,” said Bashir. “It is a swampland where they hid the explosive.”

After finishing the prayers, Intizar and Junaid took out the grenade and went to a deserted place on the road. “It was Friday. Villagers had just finished prayers. Everybody was staying inside,” said Bashir. 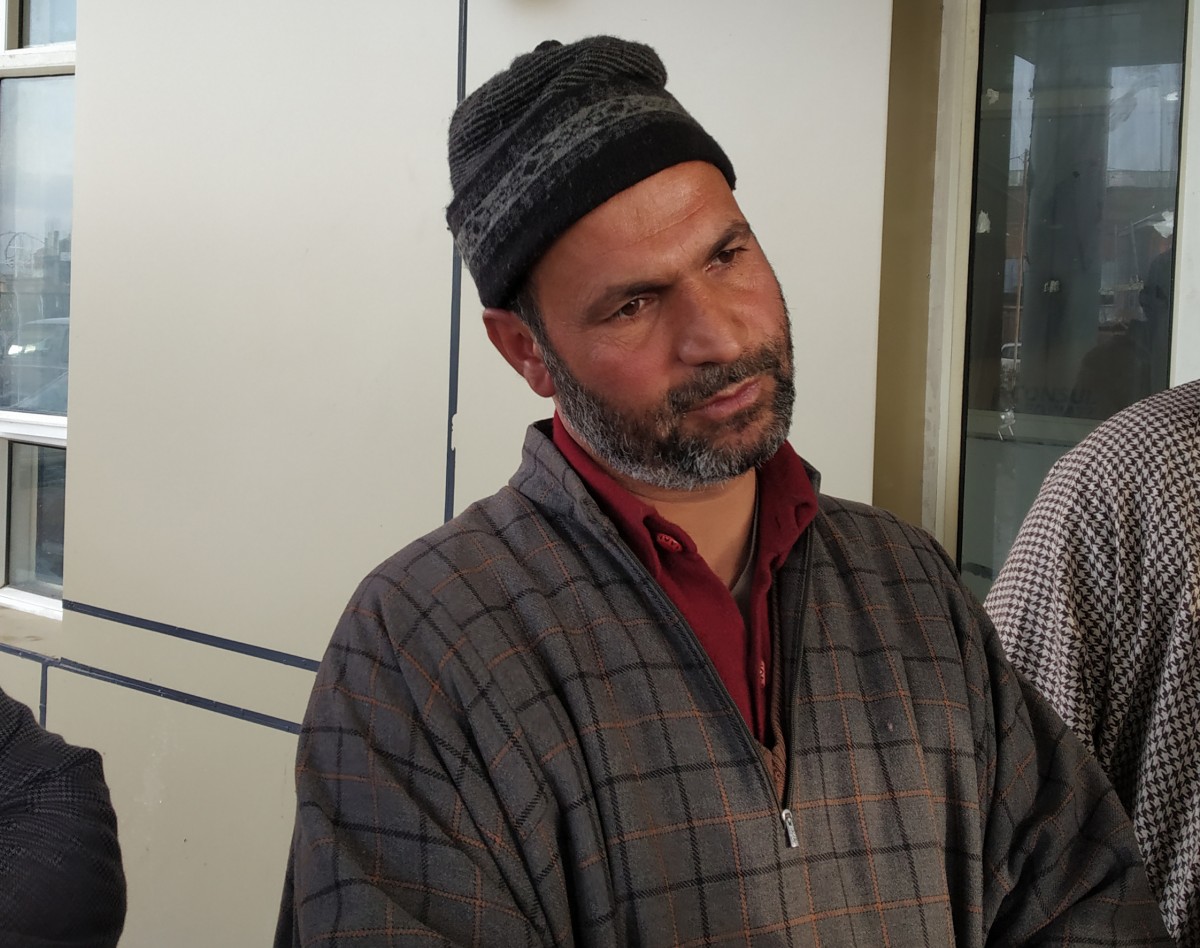 Junaid intermittently began throwing the device upwards and catching it. Intizar said they wanted to see what was inside the explosive.

This time, the device exploded.

Despite receiving multiple injuries, Intizar stood up and tried running. But he could only manage to take a few steps before falling again.

“It was a loud bang. Everyone came out from their houses. We thought a gas cylinder had exploded,” said Junaid’s mother Afrooza Akhtar. “Someone told me my son had received grave injuries.” 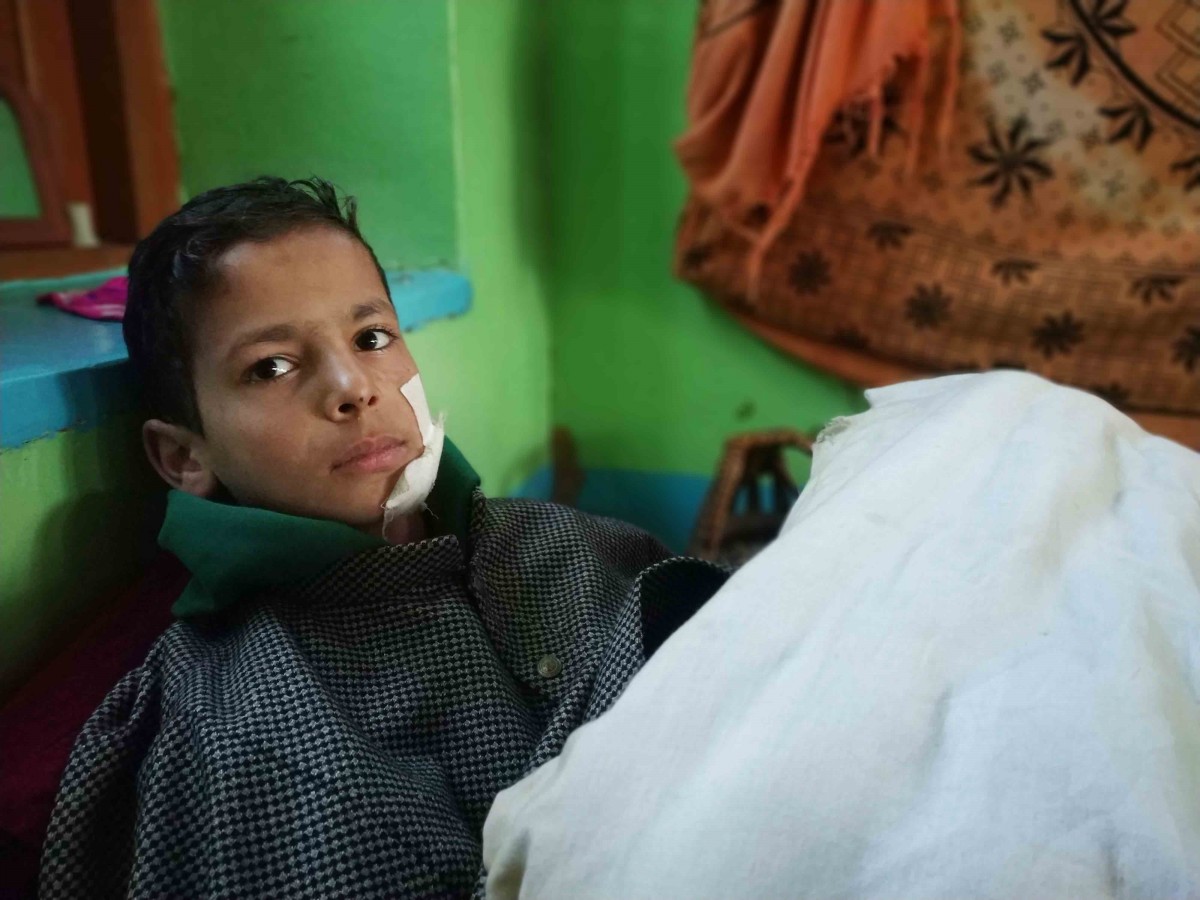 Intizar and Junaid were rushed to a local hospital in Rahmoo – from there they were referred to a district hospital in Pulwama. Junaid had sustained head, leg and chest injuries while Intizar’s chin, arm and belly were injured.

“Junaid’s head injury was so deep, his brain was visible. His condition was critical, so we referred him to Srinagar,” said a doctor who examined the 12-year-old. Intizar’s chin had a deep wound. He had to get ten stitches – six on his jaw and four on his right arm.

Junaid was put on a ventilator and after six days he succumbed to his injuries.

“He didn’t wake up from his coma till he died. At the hospital, I was continuously looking towards Junaid, hoping he would open his eyes,” said Afrooza. “We were praying throughout day and night for his recovery. But he left us.”

Junaid, a class V student, was the eldest son among two children. His father, Bilal Ahmad Wani is a baker by profession and since Junaid’s death, he has hardly spoken.

Huddled by mourners, Afrooza is inconsolable. She is yet to fathom the loss of her son. “Where are you Junaid? Please come! You are getting late for school, my beloved,” she wailed.

Also read: Kashmir Is Scarred by Another Year of Rage and Grief

Bashir, on the other hand, is nursing his bedridden son Initizar, praying for his speedy recovery so that he can resume his studies.

The case of Initizar and Junaid being hit by a stray explosive is, unfortunately, not out of the ordinary.

Around 15 kilometres from Rahmoo, in Pulwama’s Laraw, 40-year-old Abida Akhtar is battling flashbacks of her 10-year-old son Abid Ahmad Dar.

On the evening of December 29, while grazing a herd of sheep in an apple orchard in a neighbouring village, Abid spotted a stray explosive. He fiddled with it and the device went off.

Abid was rushed to the Pulwama district hospital, from where he was referred to SKIMS in Soura. The boy succumbed to his injuries while on his way there.

“Abid’s neck, face and chest were injured. The explosive had created deep holes. Blood was gushing out from everywhere,” said Abida, adding: “My son had only seen poverty. He had never been to a school.”

All images by Aamir Ali Bhat.