How Can India Fulfil its Defence Requirements in a Post-Ukraine War Arms Bazaar?

The defence forces are increasingly being pushed to reduce dependency on military imports and be self-sufficient. However, several challenges of procurement and foreign collaboration can't be ignored. 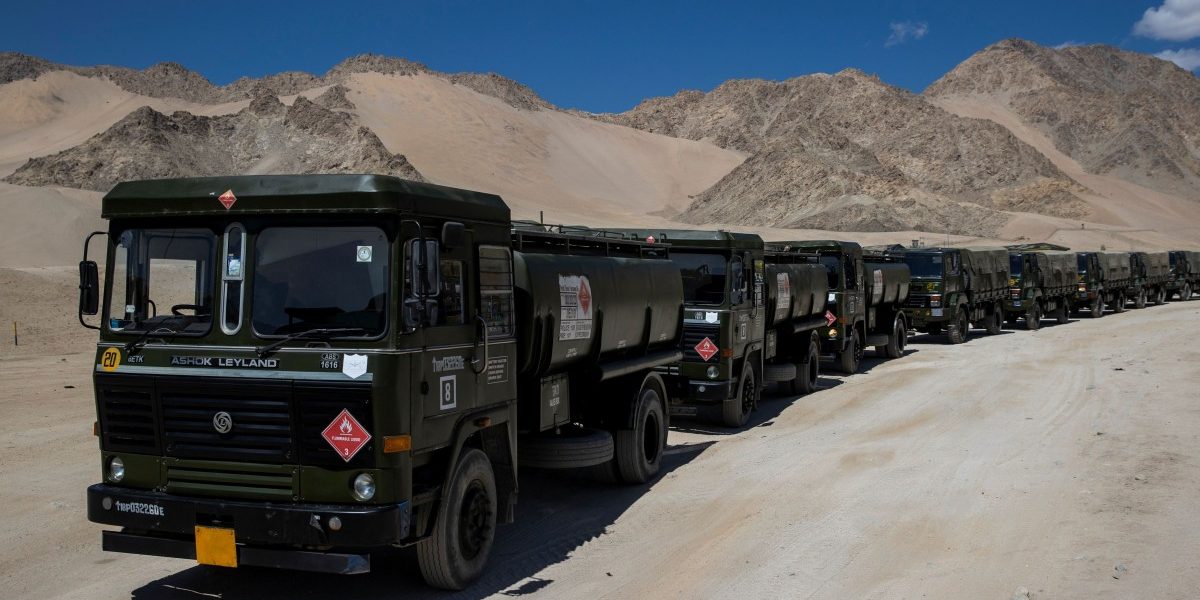 As summer sets in Leh and Kargil, the two areas have yet again risen to prominence. The work on Zojila tunnel in the west is in focus with concerted efforts being made to make it operational this season. On the eastern front, the Rohtang tunnel is likely to be made available on priority for army movements. This is because the higher passes of Baralacha and Taglang La on the Rohtang axis are being frantically cleared to allow passage of desperately needed convoys to Ladakh which at this point is on the last reserves of winter stocking.

The Chinese People’s Liberation Army (PLA) has almost 50,000 troops in forward deployments and the PLA’s summer exercises that took the Indian army by surprise at the Line of Actual Control (LAC) in the summer of 2020 are being watched.

The 3,488 kilometre LAC from Arunachal to the Aksai Chin presents the PLA options of multiple prongs of ingress – not dissimilar to the Russian invasion of Ukraine. It is axiomatic, therefore, for the Indian security establishment to look at the LAC as a single entity albeit with unique sectoral terrain profiles to prepare for such a threat.

The Russian invasion has given an insight of the vast spectrum of conflict ranging from low-end sub-conventional activities to high-end multi-domain attacks involving cyber, space, social media and non-kinetic attacks to supplement kinetic actions by the military.

The Ukraine war has introduced another bias in the debate over the reliance of India on foreign technology with loud voices advocating debilitating effects of western controls as a result of sanctions on Russia and therefore, the reliability of equipment supply. The defence forces are increasingly being faced with a strong push towards ‘Atmanirbhar’ in the military to reduce dependency on military imports in which India is the leader, as per a recent SIPRI report. In contrast, the Ministry of Defence (MoD) is allowing foreign direct investment in high-end defence technology, which is not available in the country.

The quest for tech self-sufficiency is not only restricted to military hardware but also extends to homemade drones and social media platforms. It is evident that in the pursuit of tech self-sufficiency, there will be dependency on investment and development of foreign technology with leverage in the hands of foreign countries or manufacturers. Cutting-edge tech will always be held by the original equipment manufacturer (OEM), who has a strong research base and a skilled workforce which can produce the equipment or components at a much lower cost and in lesser time. In the interdependent global ecosystem, no country has the capacity to own and run all stages of such tech-superior equipment, and each company has its place in the global supply chain.

As the armed forces strive to gather proficiency in artificial intelligence (AI) and advanced computing, it is bound to be dependent on cross-border exchange of talent and intellectual property. There is a need to facilitate a flow of ideas and talent to foster technology transfer and development. ‘Atmanirbhar’, therefore, will have to be against the backdrop of dependency on other countries for intermediate and specialised technology and equipment.

Also read: If Modi Govt Is So Big on National Security, Why Won’t It Make Crucial Defence Appointments?

While the defence ministry is seeking foreign collaboration in production of defence hardware in India, it must be understood that the foreign OEMs is in the business for profits and will not take responsibility for tardy output of defence public sector undertakings (PSUs) despite collaboration. For instance, the Rafale deal collapsed due to lack of confidence by the OEM (Dassault Aviation) in the DPSU (HAL).

Additionally, foreign OEMs are reluctant to establish joint ventures (JVs) with Indian companies at huge initial costs, without a guarantee of firm orders. The complex Defence Acquisition Procedure (DAP) of the MoD also makes these OEMs cagey on committing capital and research to Indian companies. Moreover, after delivering initial orders, their sustainability in India is also a matter of concern if they do not secure export orders. Also, the glaring defaults on “offset obligation” to the tune of $2.24 billion (Rs 16,650 crore) since 2017 is yet another indicator of business reality.

The capability of the local industry to absorb the technology being transferred by OEMs is another impediment, which was seen in the case of T-72 and T-90 main battle tank (MBT) despite intergovernmental agreements between Russia and India. As a result, the MBT fleet is faced with a dire shortage of MBT main engines as they are yet to be indigenously available via transfer of technology. With the Russian forces facing an increased demand of tank engines due to the Ukraine war, it is unlikely that Russia will be able to meet India’s urgently required shortfall.

It is imperative to note the observations of the parliamentary standing committee on defence that the armed forces got Rs 63,000 crores less for modernisation than what they had asked for in the 2022-23 budget. The committee took note of the ‘glaring gaps between projections and allocations in capital outlay’ and remarked on the situation as ‘not conducive for the country’s defence preparedness’. The curtailment of funds  is likely to compromise operational preparedness.

Also read: Is Bureaucracy Behind the Radio Silence Over the Delay in CDS’s Appointment?

The MoD has since 2018 gone on an import substitution drive and has continually been placing military equipment and spares on the ‘no-import‘ list, and this list keeps burgeoning. The parliamentary standing committee has strongly reiterated a non-lapsable capital budget for the armed forces and reported that ‘although the procurement (number of items) from foreign vendors is far less than their Indian counterparts, the value of imports has been constantly increasing since 2016-17’.

Amid the noise and clamour of various pronouncements in and out of parliament regarding indigenous defence production and the overbearing ‘Atmanirbhar’ push, it is for the leadership and planners of the defence forces to ensure that the equipment procured for the forces is a battle winner rather than a white elephant resulting from indigenous production that the forces will be saddled with. This can only be ensured if the armed forces, who are the final users of the equipment (and not the MoD), are the final authority to accept the equipment into service based solely on its battle winning merits. Any repeat of the Arjun MBT saga will only have debilitating consequences in the frontlines of war in such hostile and testing battlegrounds that the forces are faced with.

Major General Amrit Pal Singh (Retd) was Divisional Commander of an Army division in Northern command and Chief of operational logistics in Ladakh (2011 to 2013). He has experience in counter insurgency operations in J&K and conventional operations in Ladakh and is co-author of a book, Maoist Insurgency and India’s Internal Security Architecture.