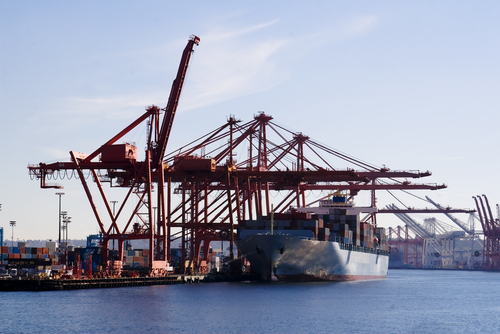 Jaipur:  Ports in Gujarat have been put on high alert after intelligence pointed to the likelihood of infiltration by “Pakistan commandos” into Indian territory through the sea route with the aim of creating alleged communal disturbance or terrorist attacks in Gujarat.

Three days ago, Navy Chief Admiral Karambir Singh said an intelligence report on the activities of Pakistan-based terrorist group Jaish-e-Mohammed pointed that relevant training was being imparted among terrorists. “We have received intelligence that an underwater wing of Jaish-e-Mohammed is being trained. We are keeping a track of it and we assure you that we are fully alert.” he said.

#WATCH: Navy Chief Admiral Karambir Singh, says,”we have received intelligence that the underwater wing of Jaish-e-Mohammed is being trained. We are keeping a track of it and we assure you that we are fully alert.” pic.twitter.com/IYYCrn6qcE

According to intelligence sources quoted by ANI, “Border Security Force and Indian Coast Guard along with other security agencies are on high alert after inputs suggested that Pakistan trained SSG commandos or terrorists would try to enter Gulf of Kutch and Sir Creek area using small boats. Enhanced vigil and patrolling in the area are also underway.”

Meanwhile, Adani Ports and SEZ Ltd has also issued a security advisory. “Input received from Coast Guard station that Pakistan trained commandos have entered Gulf of Kutch through Harami Nala creek area, they are believed to be trained with underwater attacks. It is therefore directed to take utmost measures of security and prevent any untoward situation in Gujarat. It is advised that all ships at Mundra port take utmost security measures and maintain a vigilant watch,” the advisory reads.

“All shipping agents and stakeholders are directed to inform their vessels accordingly and report any suspicious activity to marine control station and port operation centre immediately.”

Tension between India and Pakistan has been high ever since the Centre read down Article 37o and subsequently imposed a communication clampdown on the entire Jammu and Kashmir region. “We will go to every global forum. We will go to the International Court of Justice. We are mobilising the global community of Kashmiris and you will see a historic number of people come out,” prime minster of Pakistan Imran Khan had said.

On Saturday, the BSF had found two Pakistani fishing boats abandoned in the ‘Harami Nala’, a narrow water channel in the Sir Creek area along the Indo-Pak border near Kutch district of Gujarat but nothing suspicious could be found despite a thorough search operation.

‘Harami Nala’ as the water channel is locally called, is used by fishermen of both the countries to catch shrimp and fishes. And often they are arrested on both the sides for crossing the boundary.