Despite tough talk of retaliation and even the 2016 surgical strikes, deaths of BSF personnel have risen over four times in the last year. 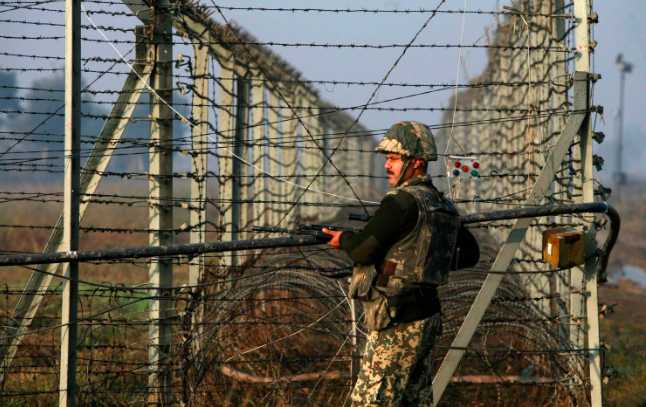 Till September, 498 incidents of cross-border firing had been registered. Credit: Reuters

New Delhi: Right from the time of the January 2016 attack on the Pathankot Air Force Station, India has been talking about retaliating against any incursion, shelling or attack from Pakistan, but this posturing and tough-talking – and even the surgical strikes – appear to have not made much impact if data on firing from across the border or casualties caused by them is any indication.

In fact, PTI reported on Wednesday that incidents of unprovoked firing from the Pakistani side along the international border in Jammu have increased four times in comparison to 2017 and the 2018 figure is the highest in five years.

Moreover, casualties suffered by the Border Security Force (BSF) are also the highest with 12 personnel losing their lives and 40 sustaining injuries.

The most recent of these killings was of head constable Narender Singh, who was shot dead and whose throat was slit.

His killing had evoked a strong response as his body was found mutilated. The opposition parties had questioned the Modi government about its intent in dealing with the situation.

The Congress had asked Prime Minister Narendra Modi where his “56-inch chest” was and demanded that strong action be taken against Pakistan.

A few days later, at a function in Muzaffarnagar, Union home minister Rajnath Singh had indicated that India had retaliated strongly.

Singh had also noted that while he has told the BSF not to fire first, they have also been told to not count the number of bullets in retaliation if they are fired upon. “It is time to give it back to them in the same coin, but not by resorting to similar kind of barbarism. I think the other side must feel the same pain,” he said. 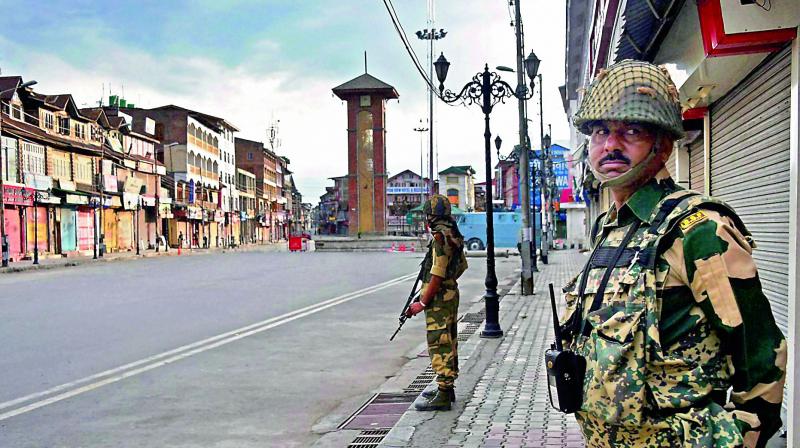 Border Security Forces in Srinagar during a curfew. Credit: PTI

Earlier as well, in the aftermath of the January 2, 2016 attack on the Pathankot Air Force Station by suspected Pakistani militants, Singh had spoken about how the forces had given a “muh tod jawab” to the militants.

This was followed by the surgical strike later that year about which Prime Minister Narendra Modi had said, “Jab hamare bahadur jawano ne surgical strike kiya seema paar hadkamp mach gaya, ab bhi unka mamla thikane nahi laga hai (When our brave soldiers carried out the surgical strike, it created a furore across the border, but it has still not impacted their behaviour).”

He was right because as the Intelligence Bureau data of the last five years show, the number of cross-border firing incidents was much lower when Modi shared a better rapport with his Pakistani counterpart Nawaz Sharif.

Recently, soldier-turn-politician and information and broadcasting minister Rajyavardhan Rathore had also stated on the second anniversary of the 2016 surgical strike that it “manifested the face of new India as the country is willing to cross all limits to protect itself”.

But figures show that 2018 has been the worst years in terms of both the number of incidents as well as casualties on a pro-rata monthly basis.

BSF casualties on the rise

Even ‘ten bullets for every bullet’ statement not helping

In January, when a BSF jawan and two civilians were killed in heavy mortar shelling from across the border, Union minister of state for home Hansraj Ahir had said Pakistan has a twisted mindset and declared that India will respond with ten bullets for every bullet fired by the neighbouring country.

The tough posturing by the leaders, however, has not had the desired impact. The PTI report also noted how former BSF Director General K.K. Sharma, who retired last month, had told reporters during his last press conference on September 28 that Pakistan had adopted a “more aggressive stance” along the international border in Jammu and Kashmir ever since Imran Khan took over as the country’s prime minister.

Another officer had spoken about how due to “relations between the two countries and their security forces” being “strained for quite some time”, there was an expectation that the “hostilities may rise and audacious attacks” may be launched.

Clearly, all these claims, data and spoken words and the reactions to them indicate that peaceful co-existence can be better ensured through dialogue rather than mere threats and bravado.