Speaking in parliament, the finance minister claimed that after coming to power in 2014, the BJP-led government had to rapidly buy everything – from a pin to (fighter) aircraft – for the armed forces. Union FM Nirmala Sitharaman during a pre-Budget photo session, on the eve of presentation of Budget 2022-23 in the Parliament. Photo: PTI

Chandigarh: Finance minister Nirmala Sitharaman’s claims in parliament that the previous Congress Party-led United Progressive Alliance (UPA) government at the Centre had procured no materiel whatsoever for India’s military during its decade in office could not be further from the truth.

In a March 21 Rajya Sabha debate on supplementary spending for the 2022-23 financial year, the former defence minister had declared that after coming to power in 2014, the Bhartiya Janata Party (BJP)-led government had to rapidly buy everything – from a pin to (fighter) aircraft – for the armed forces. She proclaimed that the UPA had recorded ‘nil purchases’ for the defence forces during its tenure, acquiring neither guns, carbines, bulletproof jackets nor ammunition, but had declined to elaborate.

The reality, however, is at variance with Sitharaman’s assertions, which appear to be somewhat economical with the truth as data from the Stockholm International Peace Research Institute (SIPRI) revealed that between 2004-2014, Manmohan Singh’s UPA had acquired diverse military platforms and assorted kit worth over $30 billion from 17 countries, including France, Israel, Russia and the US.

Additionally, several tenders that were in the final stages of negotiation by the UPA were progressively inked by the Narendra Modi government that first assumed office in May 2014 and was re-elected in 2019.

These included the purchase-and subsequent induction in several instances-of 22 AH-64E Apache attack and 15 Chinook CH-47F heavy-lift helicopters, 145 BAE Systems M777 145mm/39 calibre lightweight howitzers and the leasing of a second Russian Project 971 ‘Akula’ (Schuka-B)-class nuclear-powered submarine which is scheduled to join service in 2025. Other add-on buys of sundry kit procured by the UPA government too was under process and included fixed and rotary wing platforms, unarmed and unmanned aerial vehicles, missile and other gear, as were numerous previously initiated upgrades of in-service equipment.

Domestically, too the UPA was proactive in progressing several programmes like the secretive ballistic missile submarine or SSBN project and the local manufacture of Airbus Defence and Space’s medium transport aircraft (MTA) via a transfer of technology to a joint venture with a private sector vendor. Quietly, but determinedly the Ministry of Defence (MoD) under defence minister A.K. Antony had deliberately excluded the monopolistic state-run Hindustan Aeronautics Limited (HAL) from this deal to supply 56 MTA to the Indian Air Force (IAF) to replace its legacy Avro 748M fleet. 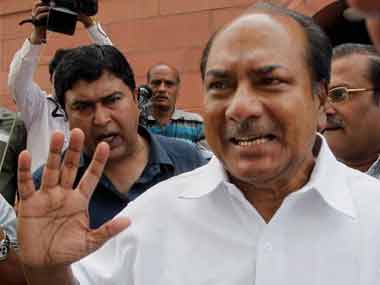 Ultimately, despite relentless pressure from HAL to be accorded the tender, as was the MoDs wont earlier, the contract with the Tata-led consortium for C295 MW transports endured and was eventually clinched last September after nearly 12 years, assuring thereby an enhanced future role for private manufacturers in indigenously building military aircraft. Defence analysts said the C295 deal had provided the BJP government with an impetus to expand upon involving the private sector in other programmes to further its Atmanirbhar Bharat Abhiyan or self-reliance initiative aimed at reducing materiel imports.

According to SIPRI, India had acquired over 600 aircraft and helicopters for all three services during the 2004-14 period, which for the IAF included around 250 Sukhoi Su-30MKI multi-role fighters – all of which were licence-built by HAL – six Lockheed Martin C-130J-30 ‘Hercules’ and 10 Boeing C-17 Globemaster III transporters and three Israel Aircraft Industries Phalcon Ilyushin-76TD airborne and control (AEW&C) aircraft. Subsequently, with 11 C-17s, the IAF has emerged as the largest operator of this aircraft type after the US Air Force.

Other IAF imports under the UPA included 75 Swiss Pilatus PC-7 Mk II tandem-seat basic trainer aircraft, 151 Mil Mi-17V5 ‘Hip’ medium lift helicopters in addition to small numbers of other rotary and fixed wing platforms. The UPA’s MoD also signed contracts for upgrading the IAFs fleet of 51 French Mirage-2000H ‘Vajra’ fighters, which led the Balakot strike against militant camps inside Pakistan in February 2019, and some 60 MiG-29 Fulcrum-A combat platforms, both of which have not yet been fully completed.

The Indian Navy (IN), on the other hand, under the UPA administration acquired eight P-8I Poseidon multi-mission maritime reconnaissance aircraft with anti-submarine warfare capability and 28 warships like INS Vikramaditya (ex-Admiral Gorshkov), the 46,000-tonne refurbished Russian Kiev-class carrier and its fighter complement of 16 MiG-29Ks. The latter buy was followed by the follow-on procurement of another 29 analogous fighters for the Indigenous Aircraft Carrier-1 that is scheduled for commissioning as INS Vikrant in August 2022.

The Indian Army (IA), for its part, received over 1,000 T90S MBTs in completed and kit form, and with a large proportion to be licence-built by the Heavy Vehicles Factory at Avadi near Chennai under a technology transfer, 123 Russian BMP-2 infantry fighting vehicles and a wide range of long, medium and short-range missiles like the versatile Israeli surface-to-air Barak missile which has been inducted by all three Indian armed forces.

Moreover, the UPA also fast-tracked the building of INS Arihant, India’s first indigenously designed and built nuclear-powered ballistic missile submarine (SSBN) which was launched in 2009 but secretly commissioned in August 2016, and both the stalled Arjun MBT and the Tejas light combat aircraft projects.

It also furthered the development of BrahMos, the world’s fastest and virtually un-detectable cruise missile and kick-started the local manufacture of Dhanush, an upgraded version of the Bofors FH-77B 155mm/39-cal towed howitzer, 410 of which India originally imported from Sweden in 1986-87, alongside a transfer of technology to licence build them. This latter option, however, was never exercised, as the procurement became mired in a corruption scandal, investigations into which lasted 25 years, ending only in 2011. Thereafter, the army launched the project to indigenously build the guns with the longer 45cal barrel to give it extended strike range and Dhanush is now expected to enter series production to fulfil a 2018 army order for 114 guns.

But above all else, the UPA successfully advanced the private sector’s involvement in augmenting India’s Defence Industrial Base in an attempt to dilute the monopoly of the nine state-owned defence public sector units and the vast Ordnance Factory Board which has since been corporatised, said a defence analyst. “And though the defence sector was opened to private manufacturers under PM A.B. Vajpayee’s government in 2001, it received a stimulus under the decade-long UPA, before securing greater fruition after 2014,” he added, declining to be named for commenting on a sensitive issue. 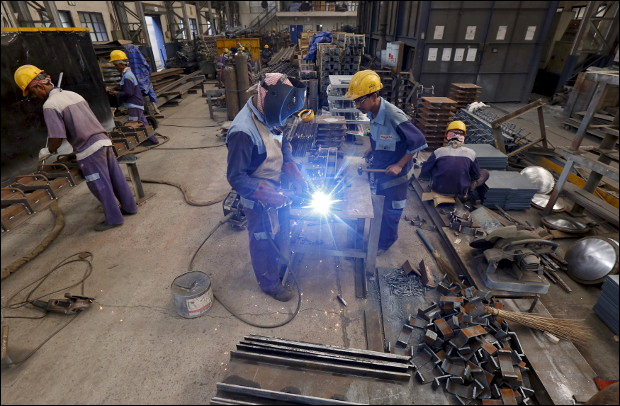 File image of workers at an ordnance factory. Photo: Reuters

Antony assumed charge of the MoD in 2006 and was India’s longest-serving defence minister, continuing in the role till the UPA was voted out of office eight years later. But just before he left office, the MoD issued a 26-page hagiographic booklet entitled ‘Shri A K Antony as Defence Minister- a Look Back’, highlighting his achievements.

This document credited Antony with upgrading the IAF’s transport fleet and its pilot instruction regimen with modern trainers and enhancing the IN’s combat capabilities with an aircraft carrier and its surveillance capacity with the P-8Is. Nevertheless, the paper conveniently omitted to mention the five-year delay in the carrier’s delivery and the almost three-fold escalation to $2.3 billion in its refurbishment costs, amongst other shortcomings in the MoD modernising India’s military.

The UPA seemingly also ignored IA’s severe ammunition shortages, which were alarmingly highlighted by the Comptroller and Auditor General (CAG) in May 2015. The CAG report at the time had stated that not only was the IA facing an ‘acute ammunition’ paucity,  but even its war wastage reserves, which were required to maintain supplies for at least a 40-day war, had fallen by half to just 20 days. For the year ending March 2013, the penultimate year of the UPA government, the CAG highlighted a shortfall of 125 of 170 types of tank, artillery and small arms ammunition, which has since been boosted with private sector involvement.

Be that as it may, the decade-long UPA rule simply does not, in light of its multiple procurements, total up to ‘nil’ military purchases as claimed by Sitharaman.

Unless of course ‘nil’ or zero has a wholly new evaluation.