Explainer: FATF, Its 'Grey' List and Pakistan's Lingering Presence in It

Having spent 48 months on the infamous list, Pakistan is now very close to leaving it. But there is still one more step left. 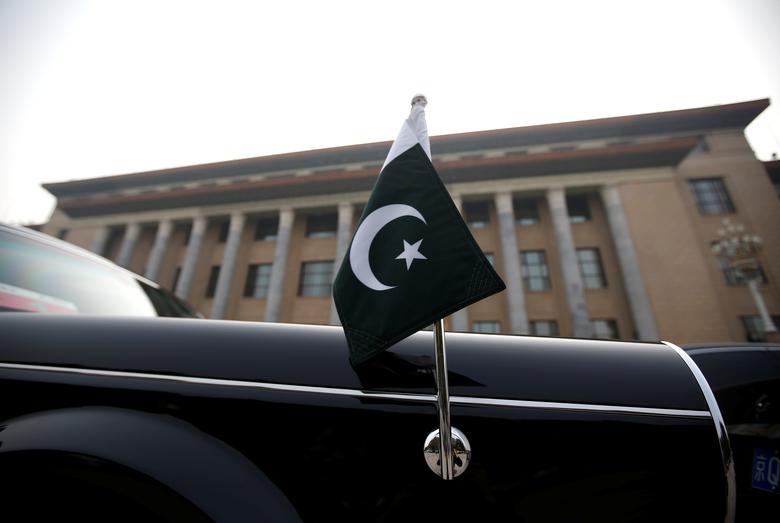 Representative image of the Pakistan flag on a diplomatic vehicle. Photo: Reuters

New Delhi: On the ‘grey list’ of countries with “deficiencies” in the anti-money laundering and counter-terror financing regime since June 2018, Pakistan now has cause for relief.

On June 17, 2022, the Financial Action Task Force announced in Berlin that Pakistan has fully met all 34 action items in its 2018 action plan. But, it has not completely exited the grey list – as there is still one more step left, that of a report by an ‘on-site’ team.

In its last hybrid plenary, in March 2022, the global money laundering and terrorist financing watchdog had decided against removing Pakistan from the category despite the country meeting 32 out of 34 action points.

However, Pakistan’s progress on its global commitments to fight financial crimes was appreciated at the concluding session of the March plenary, which noted that Pakistan had completed 26 of the 34 action items in its 2018 action plan and the seven action items of the 2021 action plan of the watchdog’s Asia Pacific Group (APG).

Every year, three plenary meetings are held by the inter-governmental body tasked with rooting out money laundering and terror financing by plugging loops holes in the international financial system. In the March meeting, officials of 206 countries were present.

Like the one before, this plenary is a hybrid one, necessitated by COVID-19 restrictions. A significant number of participants took part in person. The German government has hosted this event in Berlin, and meetings have been taking place since June 10, 2022.

This is the seventh and last plenary under the German Presidency of Dr Marcus Pleyer.

For India, FATF has become an important measure to pressure Pakistan to dismantle the infrastructure supporting cross-border attacks. A session at the June 2022 FATF plenary in Berlin. Photo: Twitter/@FATFNews

These two terms do not exist in official FATF terminology. The group does identify “jurisdictions with weak measures” through updates on two public lists of countries (or jurisdictions in FATF lingo) issued at the end of the plenary held thrice a year.

The first one, colloquially known as a ‘black list’, is for countries with such “significant strategic deficiencies” that the FATF calls on its members and non-members to apply counter-measures”. This ‘black list’ category has a smaller sub-group group which is less stringent – and only calls on its members to use enhanced due diligence measures proportionate to the risks arising from the deficiencies associated with the country”.

The second public document is of countries with “strategic deficiencies” in their regime to counter money laundering and terror financing. Once listed as ‘jurisdiction under increased monitoring’ by FATF, they must complete an action plan within a specific period. This one is colloquially referred to as the ‘grey list.’

FATF does not ask its members to take additional “due diligence” measures against the ‘grey list countries” but encourages states “to take into account the information presented below in their risk analysis”.

As per the FATF procedure, a country must first address “all or nearly all” of the components of its action plan. Once the multilateral body determines that the terms of the action plan have been met, the FATF will organise an on-site visit. The team for the on-site visit has to determine whether the “implementation of the necessary legal, regulatory, and/or operational reforms is underway and there is the necessary political commitment and institutional capacity to sustain implementation.”

If the on-site visit is positive, the FATF will decide to remove the country from the ‘grey list’ at the next plenary meeting.

Pakistan gave a “high level” commitment in June 2010 that it would work with FATF and Asia Pacific Group, the regional FATF-like body, to sort out these differences.

In June 2015, Pakistan was “no longer subject to the FATF’s monitoring process under its on-going global AML/CFT compliance process”.

After three years, Pakistan was back on the ‘grey list’ in June 2018. The FATF press release indicated that the ‘action plan’ should primarily look at plugging the holes in terror financing and activities of UN-designated terrorists.

The action plan submitted by Pakistan has 27 points, including full implementation of the targeted financial sanctions against all UN-designated terrorists.

In the run-up to June 2018 plenary, Pakistan did take some steps like amending the anti-terrorism act and clamping down on affiliates of Jamaat-ud-Dawa, an UN-designated terror group.

At the same time, JUD leader Hafiz Saeed, the key mastermind of the 2008 Mumbai terror attacks, was allowed to enter the political mainstream, with his political wing contesting seats in the parliamentary elections.

Since June 2018, all the FATF plenaries have retained Pakistan on the grey list. However, it was not enough to be brought out of the ‘grey list’. But, it was sufficient that Pakistan could not be bumped up to the FATF public statement, with China, Turkey and Malaysia backing Islamabad.

Pakistan raised the pitch that the FATF had been politicised, with Pakistani Prime Minister Imran Khan stating that India wanted to destroy the Pakistani economy. China has also said that there were “political designs” behind “some countries which want to include Pakistan in the blacklist”.

In October 2019, Pakistan fully met only five of the 27 action points. But, it managed to avoid the ‘black list’ and was given a reprieve till February 2020.

Pakistan managed to deliver on 14 out of 27 action points by February 2020, which allowed FATF to give it a grace period of four months to fully implement the Action Plan.

With COVID-19 becoming a full-fledged pandemic, the June 2020 plenary was cancelled, and Pakistan got a reprieve of four months till October. The Pakistan government convened a joint session of parliament and passed over a dozen legislations that would upgrade the country’s legal mechanism to meet FATF standards. At the time of the October 2020 meeting – the first virtual plenary in FATF – Pakistan had complied with 21 of 27 action points.

After the FATF plenary of February 2021, the watchdog announced that Pakistan has made “significant progress” on the entire action plan, adding three more points from the year before.

At a post-plenary virtual media briefing, FATF president Marcus Pleyer stated that while progress has been made by Pakistan, there were still “some serious deficiencies”.

In October 2021, the FATF announced that Pakistan would remain on the ‘grey list’ until it further demonstrated that action was being taken against senior leaders of UN-designated terrorist groups

“It has now addressed, or largely addressed 30 of the items,” Pleyer said.

At March 2022 plenary, FATF encouraged Pakistan to continue making progress in addressing, as soon as possible on “the one remaining item” by undertaking financing investigations and prosecutions to target senior leaders and commanders of UN-designated terrorist groups.

Did Pakistan ever come close to entering the ‘black list’? Why did it remain on the ‘grey’ list for so long?

It was highly unlikely that Pakistan would ever join North Korea and Iran in the FATF public statement. As evident from the composition of the ‘black list’, the US would have to take the initiative to put Pakistan in the top tier of countries whose financial regimes face isolation from the international system.

Two days before the October 2020 FATF plenary began, then US Principal Assistant Secretary of State for South and Central Asia, Alice G. Wells, had praised Pakistan for convicting Hafiz Saeed and his associate as an important step “in meeting its international commitments to combat terrorist financing”. However, India had termed Saeed’s conviction as an ‘eyewash’.

Despite support from countries like Turkey, Malaysia and China, Pakistan had in the time between 2019-2021, not made enough progress to also exit the grey list, as per various technical evaluations.

It got extensions in several plenary meetings primarily because it showed a steady increase in the number of action plan points it has fully implemented. “As long as we see a country is progressing in action items, and we have seen progress with Pakistan, we give them a chance to repair the outstanding issues,” FATF president Marcus Pleyer had told reporters in 2020.

Note: Earlier versions of this explainer appeared on The Wire in February and October 2020.