The Central government has claimed that it does not hold files of 47 cases in which it denied sanction to prosecute members of the defence forces for alleged offences and human rights violations in J&K. 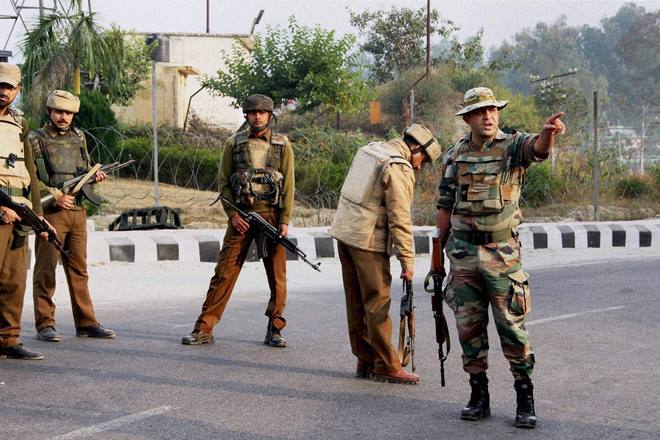 On January 1 this year, the Ministry of Defence informed the Parliament that it had received requests from the Jammu and Kashmir government for sanction to prosecute security personnel in 50 cases that occurred between 2001 and 2016. Credit: PTI

New Delhi: Last week, there was both good news and not-so-good news on the AFSPA front from across the country.

The good news: people in Meghalaya can heave a sigh of relief over the lifting of the draconian Armed Forces (Special Powers) Act, 1958 (AFSPA) from their state.

The bad news: the Central government has claimed that it does not hold files of 47 cases in which it denied sanction to prosecute members of the defence forces for alleged offences and human rights violations said to have been committed in Jammu and Kashmir (J&K) while operating under a similar law of 1990 vintage.

On new year’s day this year, the Ministry of Defence informed parliament that it had received requests from the Jammu and Kashmir government for sanction to prosecute security personnel in 50 cases that occurred between 2001 and 2016. While the requests were pending in three cases, the government had denied sanction to prosecute the accused in other cases involving allegations of “murder or killing of civilians” (17 cases), “rape” (two cases), “death in security operations” (ten cases), “custodial death” (three cases), “beating or torture” (two cases), “abduction and death (of the abducted person)” (three cases), “disappearance” (seven cases), “illegal detention” (one case) “fake encounter” (one case) and “theft and molestation” (two cases). The minister of state for defence used these labels to describe the alleged incidents while replying to a question raised by Husain Dalwai, MP, in the Rajya Sabha. Apparently, the sanction to prosecute the accused in all 47 cases was refused because of insufficient evidence.

Under Section 7 of The Armed Forces (Jammu and Kashmir) Special Powers Act, 1990 (J&K AFSPA) “no prosecution, suit or other legal proceeding shall be instituted, except with the previous sanction of the Central government, against any person in respect of anything done or purported to be done in exercise of the powers conferred by this Act.”

Through two notifications gazetted in 1990 and 2001, the state government declared almost the whole of Jammu and Kashmir except Ladakh a “disturbed area” under J&K AFSPA.

Under Section 4 of J&K AFSPA, any commissioned officer, warrant officer or non-commissioned officer of the armed forces of the Union may open fire or use force to the extent of killing any person in a “disturbed area” in Jammu and Kashmir who is violating prohibitory orders or is carrying weapons, firearms or explosives. Additionally, security personnel (defence forces and paramilitary forces) are empowered to arrest any person without warrant on the mere suspicion that he or she has committed a cognisable offence (serious offences attracting a jail term of more than two years for which the police may arrest the accused without a warrant from a judicial magistrate). They may enter any premises without a warrant to conduct search and seizure operations. They are also empowered to stop and search any vehicle suspected to be carrying any proclaimed offender (a person who is avoiding appearance before a court) or a person who has committed or is suspected to have committed a non-cognisable offence, i.e. offences carrying much lesser punishment and for which the accused cannot be arrested without a warrant from a judicial magistrate). Such actions of the security personnel do not require the prior sanction of any authority.

Until recently, according to case law that had developed around AFSPA-type laws, unless there was prior sanction from the Central government, it was not possible to legally register even a first information report (FIR) with the local police against a member of the defence forces about allegations of offences or human rights violation they were said to have committed in a “disturbed area”. However, in July 2016, in the matter of Extra Judicial Victim Families Association (EEVFAM) & Anr vs Union of India & Anr., the Supreme Court ruled that proceedings in a criminal court can be instituted against defence personnel if an offence is said to have been committed by them through the use of excessive force or retaliatory force resulting in the death of any person. In April 2017, the apex court dismissed the government’s curative petition against this ruling. So now the police can register an FIR in such cases without prior sanction from the Central government. 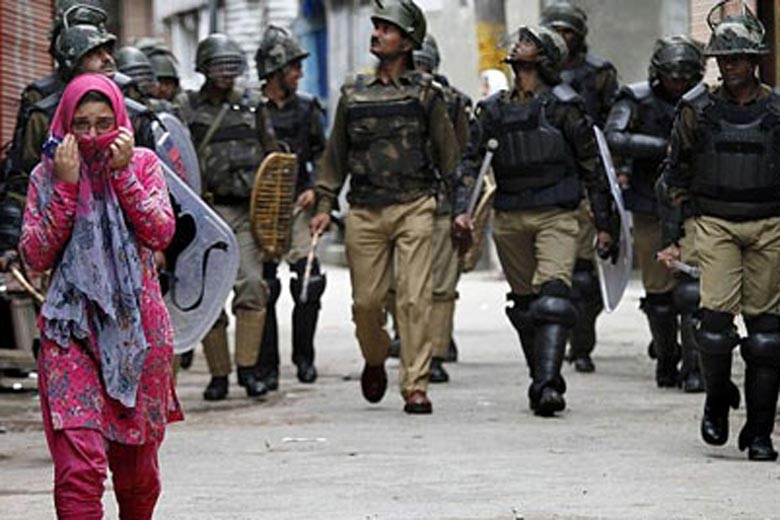 Under Section 7 of J&K AFSPA, “no prosecution, suit or other legal proceeding shall be instituted, except with the previous sanction of the Central government, against any person in respect of anything done or purported to be done in exercise of the powers conferred by this Act.” Credit: PTI

After coming across the queries and replies tabled in parliament in January 2018, I submitted an RTI application to the Ministry of Defence in February, seeking the following information:

“Apropos of the reply to Unstarred Question No. 1463 tabled in the Rajya Sabha on 01/01/2018 (copy along with Annexure is enclosed), by the Hon’ble Minister of State in your Ministry, I would like to obtain the following information under the RTI Act:

1) A clear photocopy of all official records containing details of the procedure that is required to be followed by your Ministry while deciding whether or not to grant sanction for prosecuting any member of the defence forces for actions committed under the Armed Forces (Jammu and Kashmir) Special Powers, 1990 (J&K AFSPA), including channel(s) of supervision over and accountability of such decision making procedure;

2) A clear photocopy of all official records/documents containing the norms, criteria and standards that are required to be applied for assessing the evidence submitted by the Government of Jammu and Kashmir in relation to its request for sanction for prosecuting any member of the defence forces for actions committed under J&K AFSPA;

3) The rank or designation of the officer who is competent to make a final decision on whether or not to grant sanction for prosecuting any member of the defence forces for actions committed under J&K AFSPA in any case (name of the officer is not required);

4) A clear photocopy of the communication sent by your Ministry to the Government of J&K denying sanction for prosecution of members of the defence forces in all cases listed in the Annexure to the reply to the said Unstarred Question; and

5) Inspection of every file including all papers, correspondence, file notings and emails, if any, relating to the denial of sanction for prosecution of members of the defence forces as per the list annexed to the reply to the said Unstarred Question and supply of clear photocopies of the relevant papers and electronic files identified by me during the inspection.

I believe that the information sought at paras #1-4 above are required to be proactively disclosed by your Ministry under Sections 4(1)(b), 4(1)(c) and 4(1)(d) of the RTI Act. As I am unable to locate the said information on your official website, I am constrained to file this RTI application. I would like to receive all this information by post at my postal address mentioned above.

As regards the request for inspection of information described at para #5 above, I would be grateful if you would give me sufficient advance notice of the date and time for inspection.”

The central public information officer (CPIO) of the Department of Defence’s D(GS-I/IS), sitting in South Block, transferred the RTI application within a week to another CPIO with the D(AG) who sits in Sena Bhawan. The second CPIO transferred the RTI application to the CPIO, Indian Army within the next four days. Of course neither CPIO bothered to explain what D(GS-I/IS) and  D(AG) meant in expanded form. I am still not sure which sections or divisions they might be in the defence department.

Dissatisfied with the reply of the second CPIO, I filed a first appeal with the First Appellate Authority (FAA) against the transfer of my RTI application to the CPIO, Indian Army. In my appeal, I argued that the transfer was wrong on the following grounds:

The FAA of the defence department has now ruled that the CPIO’s action of transferring the RTI application was correct because the Indian Army was the “custodian” of the information sought in my RTI application. 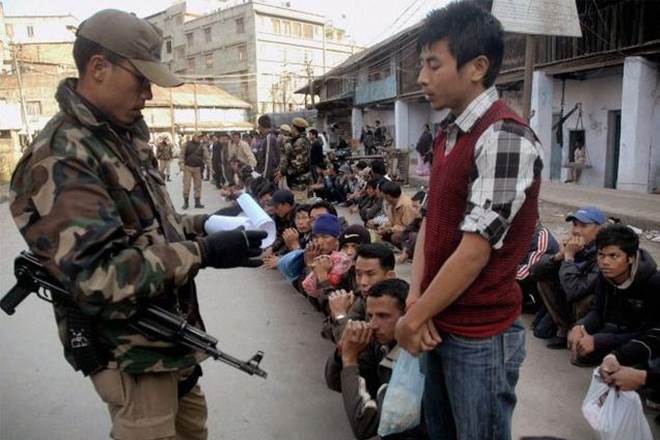 Meanwhile, the CPIO, Indian Army sent me an acknowledgement within a week of receiving the RTI application transferred by the defence department. While assigning an identification number to the RTI application, the CPIO explained that as the HQ of the Indian Army worked only five days a week and as there were eight non-working days in a month, I should accept delayed response. Twenty-seven days later, he sought extra time to send a substantial reply.

Last week (after more than 40 days of receiving the RTI application), the CPIO sent a final reply claiming that the information sought in my RTI application was “not available/held with the concerned agency of the Army”.

What is wrong with these replies?

If neither the defence department nor the Indian Army has the details of cases sent by the Jammu and Kashmir government requesting sanction for prosecution of defence personnel, then what was the basis of the minister’s reply tabled in parliament on new year’s day this year? Surely, no other ministry can be involved as this subject matter is not allocated to them under the Allocation of Business Rules, 1961.

Further, only one of the two public authorities – the defence department or the Indian Army can be telling the truth. Both their RTI replies cannot be true and correct as they contradict each other. Even if the files of all decided cases might have been sent back to Jammu and Kashmir, surely an office copy of the replies sent would have been maintained by the concerned office.

Further, if the norms, criteria and standards for assessing evidence and the rank and designation of the officer who is competent to make a decision whether to permit prosecution or not, are not written down in any official record, then who in government rejected the requests for sanction to prosecute defence personnel and by following what procedure?

Sub-clauses (ii), (iii) and (iv) of Section 4(1)(b) of the RTI Act require the defence department to voluntarily disclose the procedure for decision making and the related supervisory and accountability mechanisms along with the attendant norms and criteria involved in the making of such decisions. Section 4(1)(c) of the RTI Act requires the defence department to place all relevant facts in the public domain while announcing decisions that affect the public.

The people in Jammu and Kashmir and elsewhere in India have the right to know these facts. Under Section 4(1)(d) of the RTI Act, the affected families have the right to know the reasons behind the denial of sanction for prosecution in all 47 cases. Despite this duty of proactive disclosure, the public authorities have denied the very existence of the case files and information regarding the procedures to be followed and the norms to be applied while denying sanction for prosecution.

Of course, I will move the Central Information Commission against the two public authorities for denying the very existence of the information requested in the RTI application. However, the contradictory RTI replies relating to a matter raised in parliament is perplexing, to say the least.