For older pensioners, semi-literate pensioners and those living in remote rural areas, the DAD's push towards digitising defence pension disbursal in its present system will likely do more harm than good. 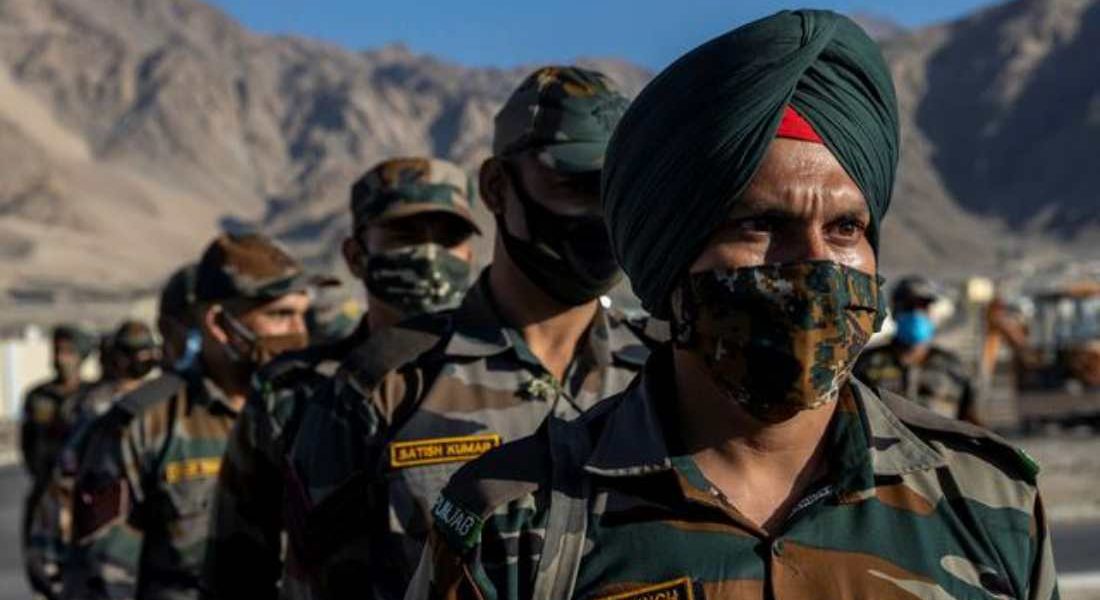 Indian soldiers stand in a formation after disembarking from a military transport plane at a forward airbase in Leh, in the Ladakh region, September 15, 2020. Photo: Reuters/Danish Siddiqui

The proof of the pudding lies in the eating. The System for Pension Administration (Raksha) (SPARSH) ‘pudding’, served by the Defence Accounts Department (DAD) to defence pensioners and widows who have given their all in service of the nation, is a bitter pill to swallow, in spite of the incessant tirade from accountant babus speaking of ushering in a modern, digitised pension disbursal system.

The claims made by DAD-affiliated authors in recent articles and columns justifying the flawed roll out of SPARSH are typical attempts to misdirect the outrage and deflect from the core issues raised by pensioners. These pensioners have voiced specific concerns pertaining especially to the reach and efficacy of this system, applied on pensioners and widows based in rural and remote villages.

There is no mention by these SPARSH defenders as to how the defenders of the nation, residing in remote areas and villages, have been intimated of the requirements for registering and functioning on SPARSH.

This ‘DAD knows all’ attitude is typical and claims of being the first department to computerise its operations are being celebrated. However, computerising is not the pudding; timely and correct pension disbursal is.

Berating pensioners for their outrage over the pension fiasco of April, 2022 and averring that retired defence personnel are ‘averse to modernisation’ is supercilious and indicative of sleight.

The babus have squarely placed the blame for the non-allocation of 58,759 defence pensions on the pensioners themselves; ostensibly for the non-submission of life certificates (a proof of existence) which is an annual requirement done in October-November every year.

Out of the blue, in 2022, the life certificates were required to be submitted by March. How pensioners were apprised of this is a moot point. In fact, most pensioners who submitted life certificates in November, 2021 received pensions till March, 2022 from the banks that were handling pension disbursal till then. These pensioners became defaulters, through no fault of theirs, on April 1, 2022.

How did this happen?

In fact, the DAD itself admitted that some banks had not updated the status of pensioners’ life certificates with the DAD as required up to March 31, 2022. Just because the DAD could not leverage these banks, which did not update the life certificates in a timely manner, the collective punishment rule was applied and pensions were stopped from being disbursed to 58,759 pensioners.

The DAD is equally – if not more – responsible for obtaining these life certificates or getting confirmation of their submission from respective pension-paying bank branches because it is obvious that these bank branches were paying pensions to the veterans only after satisfying themselves with correct and timely submission.

‘Delayed pension’, as claimed by a former DAD babu in his article, is in fact misdirecting the focus away from this inadequacy and deficiency in service provided by the DAD.

The hurdles that SPARSH will pose

The registration of pensioners – especially ‘legacy’ pensioners – on SPARSH will encounter serious problems as the process for the same is based on the receipt of a password on the registered mobile number. Most pensioner’s mobile numbers or email IDs are not registered with their records offices as many may not have email IDs in the first place and may have acquired mobiles only after retirement.

No system existed earlier which necessitated that pensioners have smart phones.

This problem will be further compounded for semi-literate veterans and widows. How will they be intimated to migrate to SPARSH if they do not have registered phone numbers? SPARSH will have to make provisions for the intimation of such details to these pensioners; provisions not visible in any form in SPARSH’s present avatar.

Moreover, the government has proposed the establishment of Common Service Centres (CSC) to act as resolution agencies for pensioners. However, the claim that these CSCs can replace the banks, which hitherto fore handled pension disbursement, only obfuscates the issue and displays the DAD’s lack of grassroots understanding of the requirements of pensioners. 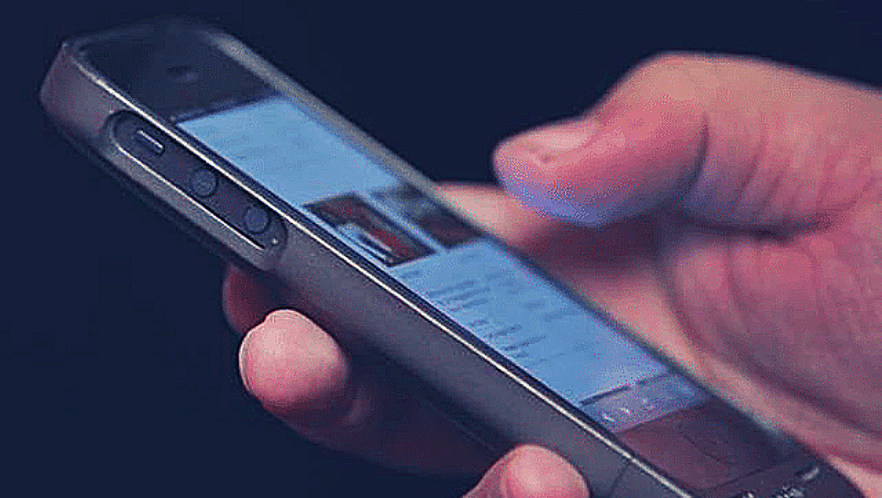 The CSCs are, in fact, just rooms with two computers, run by a rural entrepreneur. It is unreasonable to expect the village-based entrepreneur who operates the CSC to understand the defence pension system (especially SPARSH) and then be able to resolve the pensioner’s issue.

The whole exercise has only created one more middleman in defence pension disbursal and, as per ground reports, louts have sprung up all across rural India who charge defence pensioners in the garb of resolving their pension woes.

At present, logging into SPARSH is a herculean task, even for urban, computer-savvy pensioners. This is despite the claims by the DAD that renowned IT company, Tata Consultancy Services (TCS), developed the software.

It is obvious that inadequate attention has been paid to system design by the DAD when placing the requirements with the IT developer. A robust system requirement can only be articulated when the DAD understands the basic nature of the problems faced by the inadequately IT-educated pensioner.

Pensioners had developed relationships with their local bankers who assisted them in pension related matters, albeit with inconsistencies. Here, they have been left to fend for themselves.

The DAD’s claim that a pensioner has no need to be computer literate and that SPARSH and its network of CSCs will resolve issues, is fallacious.

Pensioners have to regularly access their accounts to make sure the amounts of pensions, allowances, TDS and any other additional released/deducted amounts are correct. A declaration of IT Savings also has to be uploaded each year. Moreover, pension slips have to be downloaded and, when required, grievances have to be submitted.

In sum, pensioners will have to regularly log in to carry out various actions. Aging pensioners will have to learn all these actions or be perpetually dependent on a computer-savvy relative, CSCs, or the new ranks of middlemen who will germinate thanks to SPARSH. The plight of the bed-ridden and very senior citizens can be well imagined.

What’s more, the Gorkhas, Kumaonis, Garhwaali and other such pensioners living in hilly areas have a literal hill to climb to sort out pension issues generated by SPARSH.

A serious look at the fiasco surrounding the migration to SPARSH gives the impression that the DAD is simply an executing agency with the aim to save the government money – which was the raison d’etre in the first place, the DAD protecting its cadre notwithstanding.

That, too, is questionable when one adds up the pro-rata costs of the CSCs, 64 Defence Pension Distributing Offices (DPDO) and staffers, and the financial outlay needed, all to support SPARSH agencies. Any delay in payment, underpayment or denial of payment due to incorrect documentation makes the government a direct beneficiary, earning the DAD more brownie points.

Also read: By Giving in to Hindutva Trolling, the Army Has Undermined its Secular Ideals

Since defence pensioners don’t matter electorally, the government, too, is happy to sit back and watch the present imbroglio and let some spokesman of the Ministry of Defence (MoD) or DAD take up cudgels to justify a badly implemented system.

It is now incumbent on the service headquarters to step in and take up a cogent case with the MoD to ensure that the implementation of SPARSH, in the present form, is put on hold until all glitches are resolved.

While there is no argument against digitising, the approach has to be two-pronged, both by the DAD and the service headquarters, with implementation of a robust system which allows for pensioners in rural areas to migrate easily along with focused outreach by DAD.

This should be implemented on a state-by-state basis and only then should the roll-out be operationalised.

The hurry to roll out has created too much distress and service headquarters have to step in to assert the right of veterans  to timely pension disbursement. It must highlight the problems faced by defence pensioners despite the DAD’s claims about the SPARSH system.

It is imperative there is a voice against such blinkered defence of a shaky pension disbursal system.

Major General Amrit Pal Singh (Retd) was Divisional Commander of an Army division in Northern command and Chief of operational logistics in Ladakh (2011 to 2013). He has experience in counter insurgency operations in J&K and conventional operations in Ladakh and is co-author of a book, Maoist Insurgency and India’s Internal Security Architecture.