The Bombay high court criticised the central and state agencies probing the killings of rationalists Narendra Dabholkar and Govind Pansare, chiding the slow progress despite the country being in a "tragic phase". 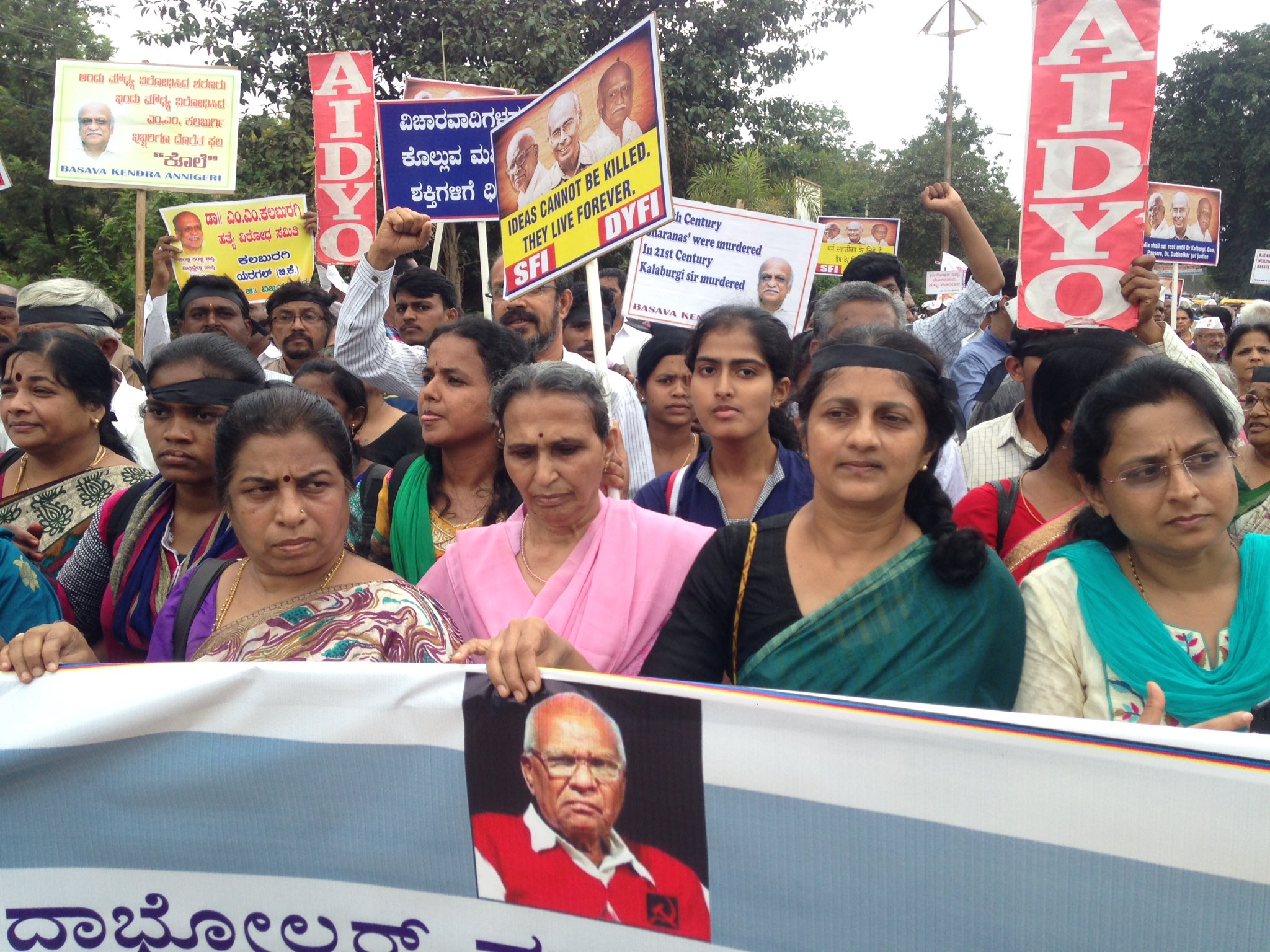 Mumbai: Coming down heavily on Central and state agencies probing the killings of rationalists Narendra Dabholkar and Govind Pansare, the Bombay high court today said the authorities were not showing urgency despite the country witnessing a “tragic phase” where one cannot speak or move around freely.

A bench of justices S.C. Dharmadhikari and Bharati Dangre said it was not satisfied with the probe and returned the ‘confidential reports’ submitted by the Maharashtra state CID and the Central Bureau of Investigation (CBI) with an observation that there was nothing confidential in those reports.

The bench observed that during the country’s “tragic phase”, one could not even speak or move around freely. The authorities in the above cases had failed to show urgency, or make concrete progress, in probing the killings, it said.

The CBI and the state CID are probing the killings of Dabholkar and Pansare, respectively.

The high court bench, which is hearing a plea filed by family members of Dabholkar and Pansare seeking a court-monitored probe in the two cases, said, “We are very unhappy. No corrective measures have been taken. They (the officers probing both killings) have been completely inept and insensitive in handling such sensitive cases.”

“Citizens already feel that they can’t voice their concerns or opinions fearlessly. Are we going to see a day when everyone will need police protection to move around or to speak freely?” the bench said.

“What is happening in the state today? People come and torch buses, pelt stones, it is a free for all. What are your priorities? There is a state, and then there is a government. The government might change tomorrow, but what about the state that is home to millions of people? Will everyone need police protection tomorrow to speak their minds?” the court asked.

The bench said even though the senior most officers of the CID and the CBI had filed these reports directly in the judges’ chambers claiming that they contained sensitive and confidential information, the perusal of the reports by the judges had revealed that they merely contained the summary of all that the agencies had submitted, by way of progress reports in the above cases, in the past.

It also observed that the head of the special investigations team of the state CID and the CBI had been summoned in the court and yet they have filed such a rudimentary report, which shows that the government’s priorities lay elsewhere.

On the previous hearing on July 17, the CBI joint director and the head of the Maharashtra CID’s SIT had sought that they be granted a personal hearing by the bench in its chambers since they had some “sensitive” information related to their probes into the above cases which they couldn’t “share in the open court”.

The bench, however, refused such a hearing, stating that it would set a precedent. It had instead directed them to file a report on such findings directly to their chambers.

Accordingly, the CBI, the CID and the Maharashtra home department’s additional chief secretary had submitted the reports yesterday.

Returning the reports, the bench said, “What is the point of the intervention of the highest court in the state if this is the result? We are not impressed. There is nothing confidential in these reports. Is this how you deal with cases of crimes against the society?”