The Civil Bureaucracy Alone Cannot Be Blamed for Agnipath’s Shortcomings

Blaming the bureaucracy for foisting the imperfect Agnipath scheme on the services is a feeble attempt at ‘rationalising’ the mistake of promulgating a policy that had not been properly thought through. 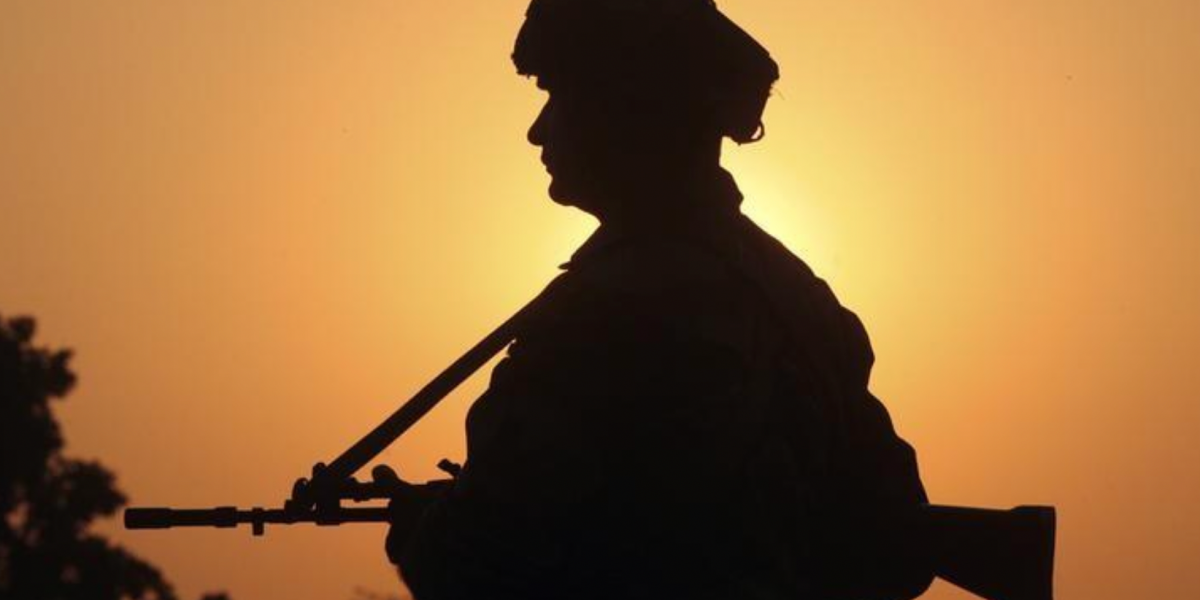 Predictably, a cross-section of serving and retired Indian armed forces officers is pursuing the expected line of reasoning over the Agnipath scheme military recruitment scheme: squarely blaming the civil bureaucracy for the poorly conceived scheme that has been under attack by veterans and defence analysts.

Distancing themselves somewhat from Agnipath’s origins, they are now positing themselves as ‘fire-fighters’ of the inflammatory recruitment plan – through whic personnel below officer rank (PBOR) will be enrolled into the armed forces – which had triggered arson and violence in some parts of the country after it was announced in New Delhi on June 14 by defence minister Rajnath Singh and the three service chiefs.

No civilian bureaucrat from the Ministry of Defence (MoD) or any other department was present at the announcement, which was exclusively a services-managed and services-owned event. The presence of the service chiefs left little or no doubt as to Agnipath’s proprietorship.

But in multi-pronged rear-guard manoeuvres, some defence analysts have now claimed that the services had ‘flagged’ their concerns to the government over the plan to recruit ‘Agniveers’ for a four-year tour of duty (ToD). But once the decision was taken by the government, the scheme was being assiduously implemented, in keeping with military traditions.

The reality, however, is somewhat different.

Also Read: Disingenuous Narratives on Defence Pensions – by Govt and Analysts – Need to Be Tackled

The Agnipath scheme, in its earlier avatar of the ToD plan, was ideated by the Department of Military Affairs (DMA) under General Bipin Rawat. The present acting DMA head, Lieutenant General Anil Puri, recently told reporters in Delhi that the Agnipath concept had been fleshed out over two years by his department in some 254 meetings lasting 750 hours, which involved MoD, services personnel and representatives from assorted government departments and agencies.

Hence, to blame the bureaucracy, of which the DMA is anyway now an integral part, for foisting the imperfect Agnipath scheme on the services, was little more than a feeble attempt at ‘rationalising’ the mistake of promulgating a policy that had not been properly thought through in its entirety.

This is evident from a slew of sops – like relaxation in the age for recruitment and 10% reservation for demobilised Agniveers in the Central Para Military Forces – which had to be taken immediately after the scheme was announced to douse the fire. These, and many other, measures could have been thought of before the scheme was promulgated.

It’s also misleading to now argue that the services had unquestioningly accepted the ‘government’ decision over Agnipath in keeping with their tradition of accepting overall civilian authority and submitting to its diktats.

This is being somewhat economical with the truth, as on at least two previous occasions the services had definitively stalled the implementation of governmental directives. Both instances, however, were, to a large degree, self-seeking as they centred on glitches in salaries and pension pay-outs.

On the last occasion, the service chiefs had refused to accept the Seventh Pay Commission’s recommendations till multiple ‘anomalies’ were rectified, forcing the government to climb down and announce an ‘interim payment’ as a Diwali gift to cool tempers in October 2016.

In a recent webinar featuring one former service chief and several other senior officers, the abiding sentiment was that assimilating Agniveers with the regular forces and ensuring their post-discharge employment were matters of great concern. The discussants suggested that the 10% reservations for demobilised Agniveers in the Central Para Military Forces and public sector undertakings announced by the government in response to the unrest that followed Agnipath’s proclamation, would be successful only if this was ‘constitutionally guaranteed’.

But even this codicil to the Agnipath scheme may not yield the intended results if one considers the past performance of the reservation policies. Replying to a question in the Lok Sabha on March 30, 2022, minister of state for personnel Jitendra Singh revealed that as of January 1, 2021, there was a backlog of 50,293 unfilled reserved vacancies in 10 major ministries like defence, railways and home that together accounted for over 90% of all federal government employees.

This included 15,132 vacancies for Scheduled Castes, 14,459 for Scheduled Tribes, and 20,702 in the Other Backward Caste category – notwithstanding the fact that these job reservations are ‘constitutionally’ guaranteed, as the three-star officers in the above-mentioned webinar suggested for the discharged Agniveers.

Jobs are already reserved for ex-servicemen (ESM) also in the Union government and other departments but remain unfilled for extended periods. According to a June 2021 half-yearly report compiled by the Director General of Resettlement (DGR) for ESM, there was a grave shortfall in the recruitment of veterans across all categories of jobs.

For Group C, for example, which encompasses clerical jobs, the shortfall was 5.4% in the state-owned Banks, 9.5% in the Central Armed Police Forces, 13.4% in the Central Public Sector Undertakings, and 8.7% in other Central Government Departments. Obviously, constitutional guarantees and government notifications, which too are equally binding, could do nothing to prevent these reserved jobs from remaining vacant.

The root cause underlying these vacancies remains inadequately explored and discussed. It’s also unknown if any effort was initiated to make good this shortfall and, if it was, why did it not succeed. Going by the official data on filling up of the reserved vacancies, the problem of shortfall in recruitment is unlikely to dissipate unless the root cause is identified and addressed. In the circumstances, assimilating 75% of discharged Agniveers into civvy street will remain a challenge and one with possibly disturbing ramifications from 2026-27 onwards.