IAF Did Not Shoot Down Pak F-16 in Balakot Aftermath, Says US Scholar Christine Fair

Fair, whose work on Pakistan is frequently cited by the Indian side, took on former air chief BS Dhanoa, saying the IAF narrative is not based on an empirical body of facts but dictated more by “things deployed by politicians to win elections". Chandigarh: Minutes after retired Air Chief Marshal B.S. Dhanoa attacked the Pakistani claim that IAF bombers dropped their payloads in haste and missed their target on February 26 when they bombed a Jaish-e-Mohammed terror camp in Balakot, Christine Fair – an expert on South Asian political and military affairs – said the IAF story of the operation and its aftermath is based on ‘dubious’ claims.

Fair, a professor of security studies at Georgetown University who has spent many years researching in Pakistan, stirred up a heated debate at the Military Literature Festival in Chandigarh on Saturday when she went on to assert that she did not believe India shot down an F-16 fighter during the dogfight between Indian and Pakistani jets in the aftermath of the Indian airstrikes over Balakot.

“I say this clearly with 100% certitude that there was no F-16 struck down. I do not believe you did. I believe that my bonafides as a critic of Pakistan stand for itself,” she said before a stunned audience. But Fair added that she and many others in the Pentagon actually wished that the IAF had indeed shot down the F-16, because India had “a right to bomb Pakistan” in retaliation for the Pulwama attack.

She, however, questioned the IAF’s narrative about the incident, saying that it is not based on an empirical body of facts but dictated more by “things deployed by politicians to win elections…. The world outside of India does not see things the way they were said here today. Though, I wish they were true.”

Fair  is the author of Fighting to the End: The Pakistan Army’s Way of War, a brutal critique of the Pakistan army that analyses why it is a destabilising force in world politics. 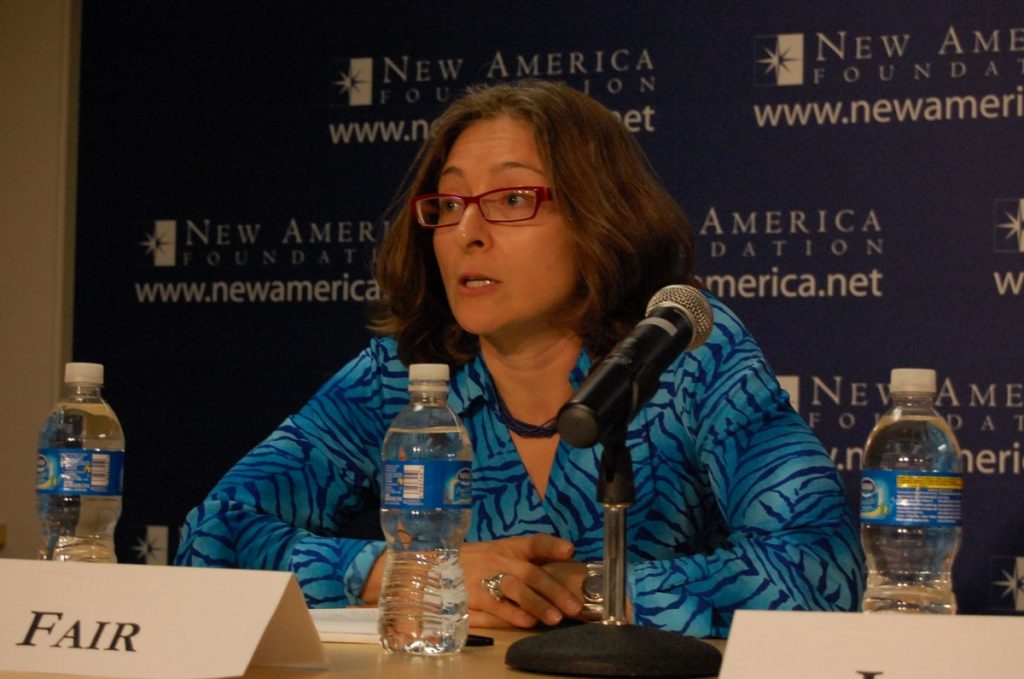 ‘India has lost a lot of credibility’

Amidst some interruptions from the audience – comprising mostly retired and serving defence officers – Fair went on to allege that the video of the purported F-16 going down in Pakistani territory and Punjabi speaking villagers talking about a pilot having crashed there, shared extensively on social media, was “fake”. She maintained that “India has lost a lot of credibility in the ways that certain images have been deployed through social media that do not show what they show, with the level of certainty that is asserted.”

Also Read: What Will Be the Strategic Ripple Effects of Balakot?

India awarded Wing Commander Abhinandan Varthaman a Vir Chakra for shooting down a Pakistani F-16, described by the IAF as an aircraft superior to the MIG21 Bison that Varthaman was flying. Fair, countered this by saying, “Avionics experts outside of India are unanimous in their opinion that this particular MIG Bison was superior on virtually every respect to that particular F-16 that Pakistan flies.” Cautioning India against persisting with this narrative, Fair said that it does not serve the country’s  interests because “though a little Bison taking down the mighty Falcon might be good for political consumption but it also makes a case that your airforce does not need a more modern weapon system.”

Fair’s assertions now, are however a revision of her stand in March this year, when she held, “After various claims and counter-claims, it now seems clear that Pakistan shot down a MiG 21 and captured its pilot, Wing Commander Abhinandan Varthaman, who was returned after considerable delay on March 1st. India, in turn, shot down a Pakistani jet which crashed on Pakistan’s side of the LoC. The fate of that pilot is unclear: Indian sources claim he was lynched by Pakistanis who mistook him for an Indian pilot while Pakistani sources deny this claim without offering alternative explanations.”

But on Saturday, speaking in the presence of Dhanoa and two other senior IAF officers, Fair also questioned India’s claim of extensive damage to the terror camp at Balakot based on images from open sources, saying that from an international point of view, these have not been accepted. “They are refuted by many scholars who are actually India’s friends.”

She said the immediate analyses using satellite imagery done by independent experts “does not show the damage which we have been presented with”. The IAF has maintained that extensive damage to the buildings did not take place because it used guided Spice bombs that enter a structure through small openings and kill the occupants without destroying the buildings. Accusing India of ‘confirmation bias where it is presenting evidence that it wants to believe’, Fair said that the Spice weapons work in the intended manner when they are dropped on a “hardened structure like the Pentagon building” but while landing on a corrugated steel roof like the one at the Balakot terror camp, the structure would surely have been devastated.

‘IAF did not drop bombs hastily’

Earlier, former Air Chief Dhanoa, who is seen as the architect of the Balakot strikes, said during the same panel discussion that there was no reason for the IAF jets to drop their bombs hastily and miss the target when the nearest interceptor (aircraft) was 150 km away. The PAF had secured the Bahawalpur camp of the Jaish but there were no terminal defences at Balakot, which went to show that the PAF is not kept informed about the ISI’s terror operations, he said. Pakistan had vacated the forward terror bases in anticipation of retaliation after Pulwama, but the PAF did not anticipate the attack so deep into its territory and on Balakot.

Maintaining that details of the Balakot operation are still classified, Dhanoa added, “Operational capability involved in the Balakot attacks and our intelligence capability cannot be compromised just to win a perception battle in the media.” 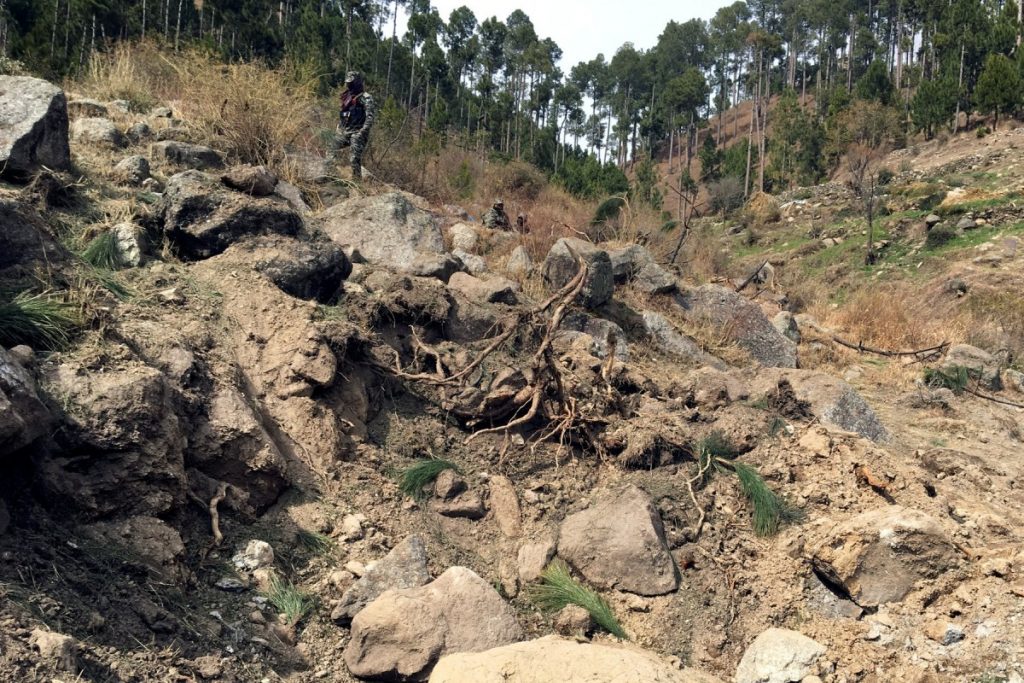 He also disclosed the reason for the government’s bold decision to launch airstrikes in Pakistani territory was, “All the three services assured the government that should there be an escalation of the conflict, they are ready. This kind of limited period engagement suits the PAF as it cannot match a conventional response.”

But Fair said that the real worry about the lessons from Balakot, as she saw it, is that in any future conflict arising out of a terror attack, which she believed is sure to happen, the offer to off-ramp and de-escalate the conflict should be based on empirical verifiable facts and analyses and not on things we want to believe. She compared the IAF’s alleged misrepresentation of facts to Colin Powell showing photographs of aluminium tubes at the United Nations Security Council to tell the world that Iraq had a nuclear programme, when the USA was building a case for a war on Iraq in 2003. “He knew at the time that that’s not what the photos could show.”