BSF Jawan's Video Has a Simple Message: India Should be Ready to Pay for Security

While leadership structure in the army ensures that the jawan gets his due, the same cannot be said for the armed police. 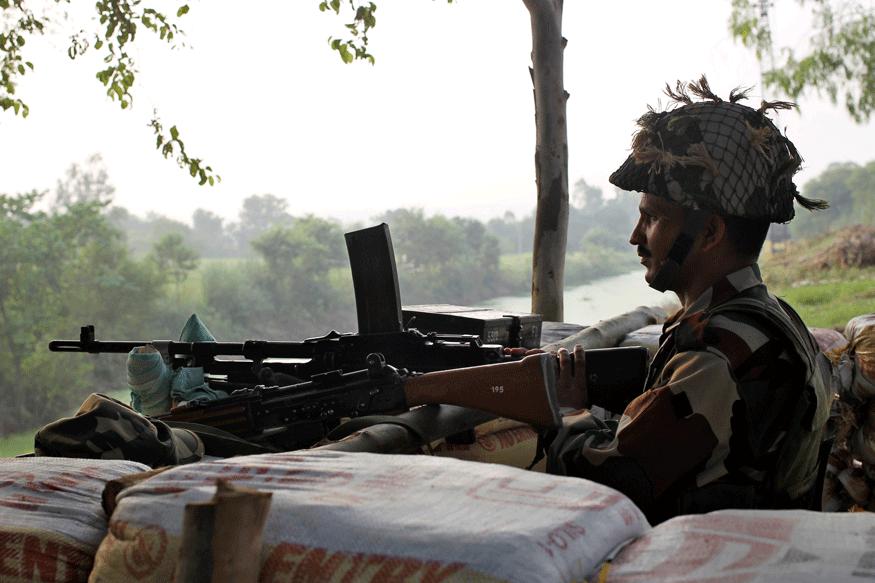 The BSF and the CRPF do not function under the same quality of leadership that the Indian Army does. Representational image. Credit: Reuters/Files

The Border Security Force constable Tej Bahadur Yadav who uploaded a video complaint about the quality of food that the forces get on the India-Pakistan border is, by the standards of his force, a trouble maker. The BSF may not be misleading us when it says that he has been a difficult jawan all through his 20 years of service because his action in uploading a video is not in keeping with the rules and regulations of either the BSF or any other police force.

But then, he is only the product of a new political culture which has sought to use the military to push their own political agenda.  A popular meme to people who complained about demonetisation or, for that matter, anything else, is to remind them of the difficulties faced by the jawans who guarded the LoC. So instead of pulling up the constable for rank indiscipline, union home minister Rajnath Singh and his deputy Kiren Rijiju are scrambling to defend themselves and declaring their commitment to the welfare of the jawans.

That said, there is need to point out that the lot of the police and paramilitary personnel in this country is indeed a tough one. By the standards of this poor country, the jobs they get are coveted, paying them reasonably well and providing a pension at the end of it.

However, their working conditions, especially when compared to the Indian Army are rough. The CRPF is overused in all manner of contingencies from superintending elections, to fighting Maoists in Chattisgarh and countering militants in Jammu & Kashmir. There is little time for rest and training and often the jawans have to do without their annual leave. All this is despite the fact that the size of the BSF and CRPF continues to grow over the years. In 2004, the BSF was roughly 210,000 strong, today it is 260,000 and the CRPF which was 230,000 in 2004 is now nearly 310,000.

The responsibility for this state of affairs rests squarely with the home ministry and the leadership of the respective forces. It is up to the leadership to tell the ministry that if they want a well-trained, well rested force to be used for internal security duty, they need to tell their ministers the size of the manpower they need to ensure that. Recruiting people and then keeping them on short-leash affects both the morale and effectiveness of the personnel.

The army takes care of its jawans. All soldiers, for example, get two-and-a-half months of leave per annum and their officers make sure that they avail it. Further, the army follows a system of rotation of its units to ensure that between every operational deployment, a battalion is given a “peace” posting where the jawans can enjoy some kind of a family life.

Second, the Indian army rations are not purchased locally, as is probably the case with the Central Para Military Forces (CPMF), but procured and distributed at a more centralised level and the disbursement is, again, generous – a specified amount of meat, atta, rice, dal, eggs and vegetables. There have been scams at the central procurement level, but on the field, the jawan gets his due and his officer has to make sure he gets it. In the army, the failure to ensure that your man is getting his rations and is taking his leave is docked against your record.

The real difference between the CPMF jawan and the Indian Army soldier is the quality of leadership they receive – and that is the root of many of the problems. The young lieutenant who leads his 30-man platoon at the beginning of his career roughs it out with them on the picket on the Line of Control and in patrols along the Line of Actual Control with China. He rises to a company commander, battalion commander and then may go on to command a brigade, a division or an army. And so, even the top-most officers are familiar with the issues and problems of the lowly jawan. He also knows the tricks of the trade that malingerers and trouble-makers may employ, and he is also aided by the tough military justice system to enforce discipline. But he knows that in the end that he may have to lead these men into battle, so it is not discipline alone, but the quality of his leadership that must carry the day.

This is very different from the CPMF, where the senior positions above a DIG are occupied by Indian Police Service officers  who arrive laterally at their command positions with  little knowledge or experience of the field. As it is, the CPMF are often deployed in penny-packets making their command and control difficult.

Rajnath Singh and others may claim they worry about the welfare of the jawans, but in all fairness, the BSF and, especially the CRPF, often get the short end of the stick. The locales of BSF deployment are sometimes extremely trying, but they do not get the standards of ration or leave and rest that army personnel get. As for the CRPF, its jawans have termed the force – with a touch of black humour – the “Chalte Raho Pyare Force,” (Keep Moving, Beloved Force) for their continuously shifting deployments.

All this, of course, pales into comparison to the quality of life of the ordinary civil policeman and policewoman. We are not talking about the caricature corrupt cop, but the ordinary constable who gets little or no facilities of any kind. Housing is often in slums and even police stations lack basic structure or furniture in many cases.

The simple message that comes out from Tej Bahadur Yadav’s complaint, howsoever wrong-headed it was, is that if you want security, you must be ready to pay for it.