Better Revisionist Than Dogmatic: Why Maoists Need a Rethink

The Maoists have become the mirror image of the state in unleashing violence. Fighting the state with violence does not show Maoists in good light. 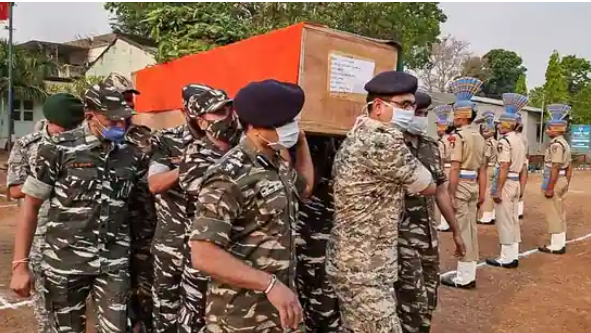 CRPF personnel carry the coffin of a paramilitary soldier who lost his life in an encounter with Maoists in Bijapur district of Chhattisgarh. (PTI)

As I write these lines, reports tell me that the Maoists have assured the Indian security forces that they do have Rakeshwar Singh Manhas, a constable with the CRPF, in their custody and no harm would come to him.

Manhas, a resident of Jammu and Kashmir, went missing after the encounter between the Indian security forces and the Maoists on April 3. At least 22 security personnel have been reportedly killed. It was feared that the Maoists must have abducted Manhas.

“We got a message from the Maoist leadership that he is in their custody. Talks are on with them to ensure his safe release. The Maoist leadership has assured us that no harm will come to him,” a security official attached to the Union home ministry was quoted as saying by The Telegraph.

What we learn from this statement is that the officers of the security forces are talking to Maoists. So, a dialogue is possible. Even in a situation where both have suffered losses of their comrades at the hands of the other, and one is describing the other as killers while justifying killings on their own part.

According to a CRPF officer posted in Chhattisgarh: “The Maoists were conducting a tactical counter-offensive campaign and were present in numbers giving arms training to their cadres inside the jungle. Their aim was to cause the maximum damage to the security forces.”

So, an offensive was launched and the targeted party, in this case the Maoists, launched a counteroffensive. Imagine a spokesperson of Maoists speaking to the press after this incident. He would probably say something along the same lines.

Both are in negotiation with each other. A most welcome thing. But just before all this happened we were being told by the political leadership that the Maoist menace would be eradicated. But there is life beyond posturing. You have to talk to your enemy when he is in a position of strength. At this point in time, the Maoists have an upper hand. They have embarrassed the leadership of the security forces by inflicting huge losses on them. Yes, they must also have suffered. But we don’t have bodies to count.

Maoists and the state

But the Maoists should know, and they know better from history, that ultimately it is the state which will have the last laugh.

The presence of the Indian security apparatus remains and will remain all-pervasive. It has other advantages too. It can move openly, can have endless supplies to help it hold its ground. In short, it can sustain itself without any action for a very long time.

The same cannot be said about Maoists. Recruiting new combatants is a tough task for them. They have weakened considerably and their existence has become very uncertain. Their area is shrinking fast. Even the people they claim to be fighting for are getting wary of them and their demands. They are neither in Telangana, nor in Maharashtra. They have almost disappeared from Bihar and Jharkhand. They also have to deal with imposters acting in their name.

The Maoists have to act to prove their existence. What is the objective of their actions? What is the relation between one action and the other? It is not very clear even to their supporters as to what exactly is the rationale behind them. Is it the Adivasis who have asked them to act on their behalf? Or are they the self-appointed guardians for Adivasi interests? They demand their hospitality as they have come to them, for them. But the hospitality is mostly coerced.

The Maoists say we have come to liberate these people. The state claims ownership of the people. More than that, it is also about territory, land, resources. They should not mislead us with their rhetoric. They were not invited by the Adivasis to save them from the state. People and the forests were and are for them a cover, nothing more than that. They have no love for the people, no sympathy. That is why they kill them coldly when they don’t obey them. 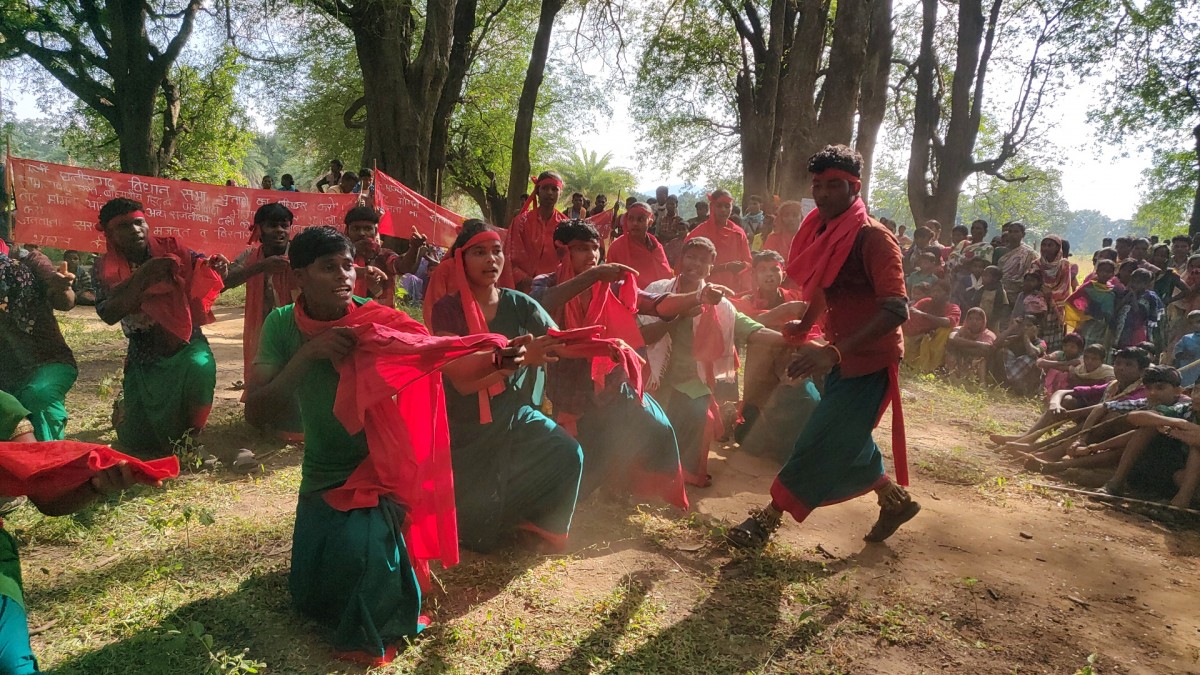 A recent People’s Union for Civil Liberties (PUCL) statement has an apt description of the situation on the ground:

“This encounter comes at a time of escalating violence in Bastar due to the continuing insurgency and counter-insurgency operations. On one hand, there is an extensive militarisation of the area resulting in the daily harassment of ordinary citizens by paramilitary forces, due to the setting up of camps at short distances, causing alienation of local tribals who are caught in the middle of the conflict between the security forces and the Maoists.

“In the past few months, there has been an alarming rise in the number of civilians killed as police informers by the Maoists. We reiterate our long-held position that just as much as we condemn the state forces from taking the law into their hands and use of state violence through police, state and paramilitary forces against any person or group questioning them, non-state actors, including the Maoists too, cannot take law into their own hands and deliver summary justice.”

The Maoists are thus a mirror image of the state with one difference. We can hope that the state changes and show some diversity in its functioning, but under the Maoists, as under the RSS-BJP, there would only be one voice.

In this fight for ownership of the people, the state will always have an upper hand. The Maoists will always be non-state actors. Unlawful. This is what they need to understand.

The lure of violence has destroyed many generations. The state is a violent apparatus. To fight it with violence, which is its own logic, does not show you in a better light. The term insurrection has a beautifully deceptive ring to it, but it is very useful for the state. Both Maoists and the state together kill all differing voices.

Also read: Which Are the Wars Worth Fighting? The Case for a Ceasefire in Bastar

The recent encounter will definitely legitimise the use of brutal force by the state. Its repression against everyone who stands for human rights, even for the human rights of the Maoists who don’t believe in the notion of human, will increase. The Maoists with guns and rocket launchers would not be able to protect them.

The members of the Communist Party of India (Maoist) need to learn from the history of the world communist movement. They also need to ask if they have democratic rights within their party. Do they have a right to differ with the leadership and yet live honourably?

People without guns are fighting much more difficult battles in different parts of the country. Muslims, Christians, Dalits, farmers, workers, all of them are engaged in everyday battles with this state, which is taking a totalitarian turn very fast. The Maoists have no interest in these struggles. Obsessed with the power of violence they are wasting human lives.

The Maoists need to think, introspect and revise themselves. Being revisionist is better than being dogmatic.