Explainer: Why India Hasn't Yet Invited Australia to the Quad's Naval Exercises

Given Australia's economic ties with China, military planners remain unsure regarding Canberra’s commitment to participate in the projected naval drills. 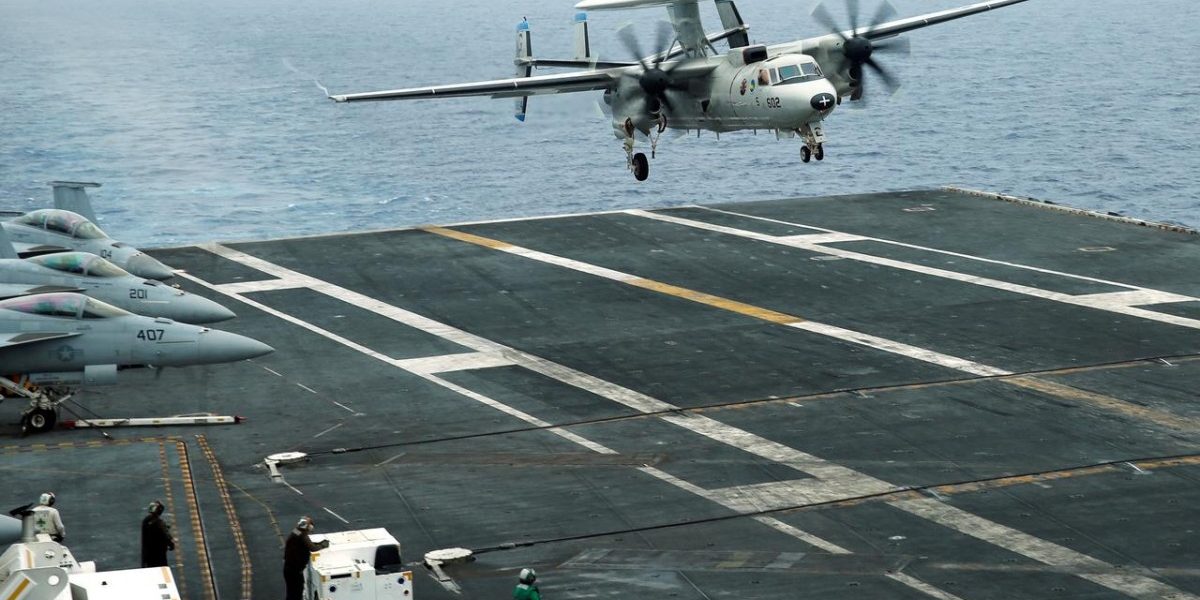 Chandigarh: Despite India’s much-touted pursuit of operationalising the Quadrilateral naval alliance – or Quad – in the Indian Ocean Region (IOR), to try and pressure China into ‘easing’ its ongoing military siege in eastern Ladakh, it has yet to formally invite Australia to join the upcoming Malabar exercises.

The Royal Australian Navy (RAN) is the only missing operational member of the Quad, comprising the Indian and US navies and the Japan Maritime Self Defence Force (JMSDF), all three of which are scheduled to participate in the imminent Malabar manoeuvres off India’s east coast.

Indian Navy sources confirmed to The Wire that though the RANs participation in the Malabar exercises had ‘in principal’ been approved by the federal government, the ‘file’ dealing with the matter had moved up ‘higher’ from naval headquarters. In officialese, this is a euphemism for shifting a troublesome decision to the chain of political and executive command, as military planners remain unsure regarding Canberra’s commitment to participate in the projected naval drills.

“It is necessary to realise how fickle some of these (potential Quad) countries can be when it comes to economic issues,” declared former National Security Advisor M.K. Narayanan, adding that Australia was a prime example. Writing in The Hindu recently, Narayanan declared that in the meeting in Washington in late July between US Secretary of State Mike Pompeo and US defence secretary Mark Esper and their Australian counterparts Marise Payne and Linda Reynolds, the two latter officials made amply clear that Beijing remained economically critical for Canberra.

They also declared, the former NSA stated, that they would not do anything contrary to China’s interests and that a strong economic engagement was an essential link in the Australia-China relationship. Assessments by other senior military and security officials in New Delhi also indicated that it was ‘somewhat unlikely’ for Australia to ‘overtly’ upset China by activating protocols like the Quad, despite its widening differences with Beijing on varied issues. Australia’s vast ethnic Chinese community – the largest of all countries outside Asia – too would be a factor in determining the RAN’s operational involvement in the Quad.

Aimed ostensibly at ensuring free and open sea lanes of communication and navigation, the Quad, in reality is a united naval show of force by democratic states to contain an expansionist China in the Indo-Pacific region. All four navies believe that they can, at least for now, not only operationally dominate the People’s Liberation Army Navy (PLAN) that is currently a ‘green water’ force capable of operating in its littoral areas and surrounding seas, but also ‘throttle’ the funnel-shaped Malacca Strait, through which over 80% of Beijing’s oil and hydrocarbon imports from West Asia, transit.

By blockading the Strait, in what is strategically termed China’s Malacca Dilemma, India and other Quad members believe they can contain Beijing’s hegemonic ambitions by inhibiting its Belt and Road Initiative and Maritime Silk Road enterprise to economically and strategically dominate Asia and later the world.

Consequently, last week the Chief of Defence Staff General Bipin Rawat too declared that India wanted the Quad to ensure Freedom of Navigation (FoN) and Freedom of Navigation Operations (FONOPS) in the IOR, but declined to elaborate on its operational composition. “It (the Quad) is a good arrangement which will ensure that in the IOR and all other oceans around, there is complete FoN without fear of any other national trying to singularly dominate the oceans,” he stated in a direct reference to China in a webinar hosted by the US-India Strategic Partnership Forum. Echoing other Quad members and a host of other states in Asia and Europe, the CDS added that India was keen to ensure that not only was there FoN on the seas, but also in the airspace above. 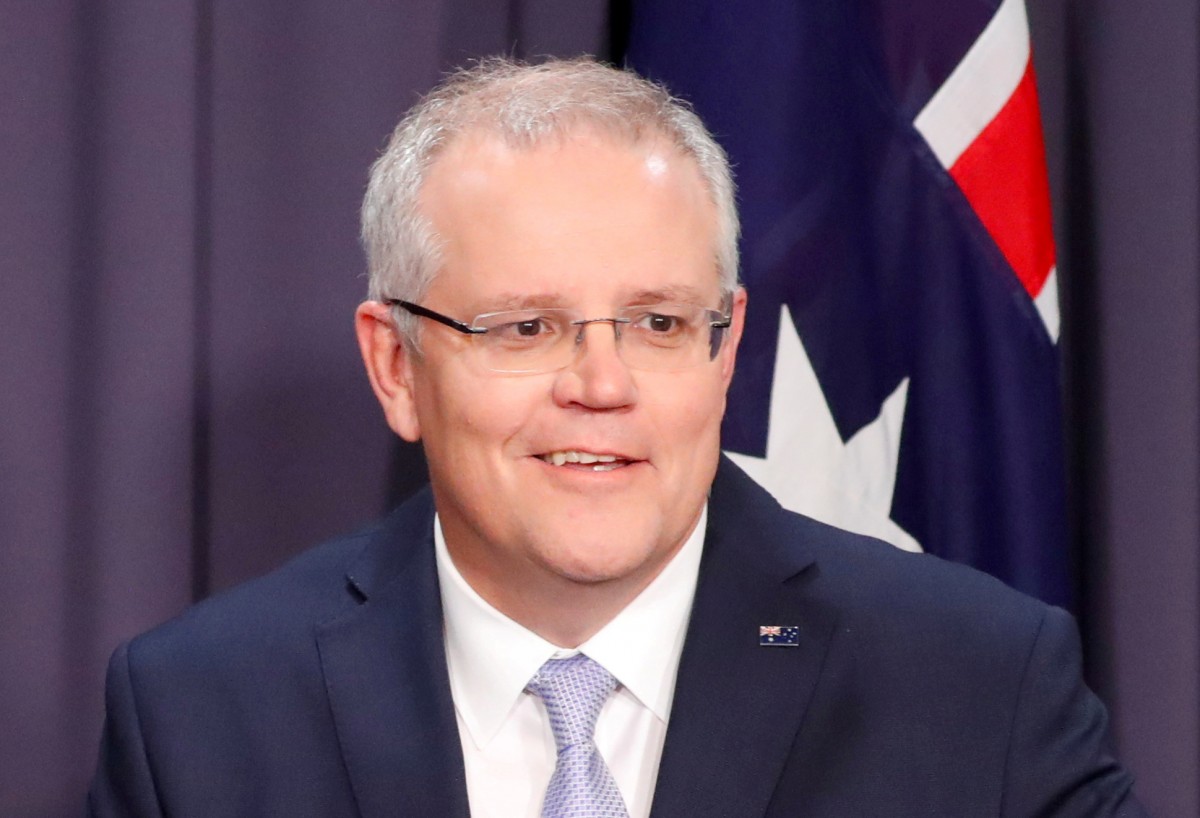 Earlier in 2007, these same four navies of the impending Quad led by the Indian Navy and the US Navy, had participated – along with the Republic of Singapore Navy – in the ‘Malabar’ exercises in the Bay of Bengal. But Beijing considered it an incipient anti-China military grouping, and its strong condemnation of the Quad resulted in its suspension. But growing PLAN activity in the IOR – and the South China Sea – led to the Indian Navy once again inviting the JMSDF in October 2015 to be part of the Malabar exercises, alongside the US Navy and, ever since it has participated in the annual drills.

A few weeks earlier in September 2015, then Australian defence minister Kevin Andrews conceded that exiting the 2007 Quadrilateral grouping under Chinese pressure had been wrong. “It (withdrawing) was a mistake. There was a different government then. It is not the outlook of the current government,” the Australian minister had declared at a public lecture at New Delhi’s Institute of Defence Studies and Analyses, directly challenging China. He said that unmindful of China’s objections and concerns, Australia was now willing to participate in the Quad multilateral naval exercises.

Also read: Why Indian Navalist Hopes of Using the ‘Quad’ to Pressure China in Ladakh Are Misplaced

“We are particularly concerned about the militarisation of features in the South China Sea,” Andrews said, adding that Australia strongly opposed the use of “intimidation, aggression or coercion” to advance any country’s claims or to unilaterally alter the (territorial) status quo. “It is important to recognise that all states have a right under international law to freedom of over-flight in international airspace. All countries should respect this,” he said, referring to the Air Identification Zone imposed by Beijing over the East China Sea.

But the RAN’s prevarication persisted for internal economic reasons dominated by China, and the two sides conducted the third edition of their Ausindex-2019 bilateral naval exercises in April 2019. In the meantime, desultory talks continued regarding Australia’s involvement in Quad and the affiliated Malabar exercises continued, but without fruition.

More recently in June 2020, India and Australia elevated their bilateral ties to a Comprehensive Strategic Partnership (CSP) after their respective prime ministers confirmed two defence pacts, following their first ever virtual bilateral summit. In a joint statement issued after the online meeting between Prime Minister Narendra Modi and his Australian counterpart Scott Morrison, the two sides elevated their 2009 Strategic Partnership to a CSP based on “mutual understanding, trust, common interests and the shared values of democracy and the rule of law”.

They also approved the Mutual Logistics Support Arrangement (MLSA) and the Defence Science and Technology Implementing Arrangement to enhance the “scope and complexity of their military exercises and engagement activities to develop new ways to address shared security challenges”. The MLSA sanctions reciprocal logistic support, supplies and maintenance and related facilities to the Indian and Australian militaries, and also envisages improved interoperability between them as well as ‘combined responsiveness’ to tackle regional humanitarian disasters. “We share an ocean and we share responsibilities for that ocean as well and the relationship we’re forming around those issues in our maritime domain is the platform for so many other things between our countries,” Morrison added.

But senior IN officers remain sceptical. They said that while Australia remained part of the Quadrilateral Security Dialogue, alongside India, Japan and the US – that is scheduled to meet in Delhi later this month – its absence from the Malabar exercises signalled a ‘void’ in facing the burgeoning challenge posed by the PLA in the IOR.

“Even though Australia and India, as well as Japan had recently launched a trilateral Supply Chain Resilience Initiative (SCRI) to reduce economic, trade and technological dependence on Beijing, being an operational part of the Quad was strategically significant,” said a two-star IN officer. Australia’s political and military clout in the southern Indian Ocean would bring heft to the projected alliance it joined up and the RAN needs to stand up and be counted, he added.

For as the adage goes: a choir is made up of many voices; but if one by one most go silent, then all that are left are the soloists.