As Tensions in Ladakh Mount, So Will Army's Deployment Costs to Meet Chinese Challenge

The induction of additional troops and the creation of a new 'habitat' for the army's effective deployment, including equipment and logistics, will involve massive expenditure at a time when defence budgets have already been pruned because of the pandemic. 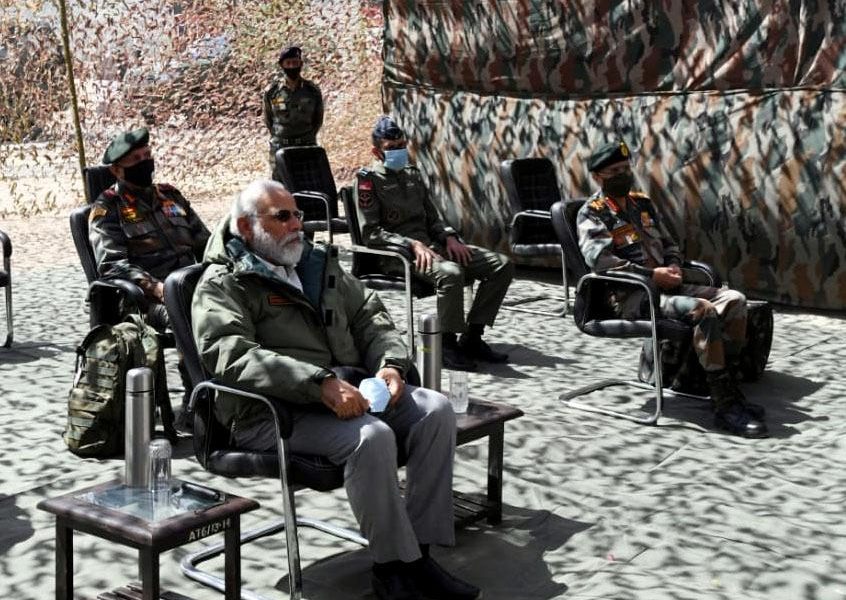 Chandigarh: The continuing impasse between the rival Indian and Chinese armies along the line of actual control (LAC) will perforce initiate an arduous and hugely expensive winter deployment by the Indian Army later this year in eastern Ladakh’s environmentally demanding Himalayan region.

Numerous serving and retired senior army officers, familiar with this unforgiving expanse, concur that the army’s XIV corps comprising two over-sized divisions, will almost certainly be supplemented near-permanently by another 20,000 troops in the upcoming winter months.

Media reports, quoting senior army sources have claimed that three additional divisions of around 30,000 troops, drawn mainly from the army’s reserve formations, had recently deployed to Ladakh to counter the Peoples Liberation Army (PLA) ranged along the LAC.

It appears unlikely that these extra troops will be withdrawn till well after April 2021, if at all. And much like the army’s manning of the 747km long line of control (LOC) with Pakistan, the LAC too will imminently ensure an equally debilitating and financially demanding mirror deployment for the immediate future.

This, in turn, will impose a physical burden on officers and men in forbidding altitudes above 14,000 feet – and an incredibly expensive logistic challenge for both the army and the Indian Air Force (IAF), already struggling under an extended resource crunch for many years.

Senior army officers anticipate that at least two more divisions would be needed for deployment along the strategic 250-300 km precipitous stretch extending from the Depsang Plains in the north, down to Galwan, the Hots Springs-Gogra region and Pangong Tso and onto Chushul, to safeguard at least five ingress points along the LAC, mostly along vulnerable river valleys.

Presently, there is sparse or little infrastructure to support such a large numbers of troops. Consequently, this will necessitate rendering this extended strategic region ‘habitat prepared’ over the next three months, before winter stocking ends in October and the area battens down for the next 6-7 months.

This projected habitat would further need to be adequately stocked with food and essentials like kerosene, to ensure troop survival in temperatures that average around minus 35 degrees Celsius during winter, and an even more formidable accompanying windchill factor. Imported Arctic clothing and related equipment too will need to be swiftly procured with few cost considerations.

Additionally, the army will be required to stock specialised fuel for vehicles, besides varied ammunition and spares for assorted weapon systems like howitzers and main battle tanks. Also needed would be workshops, temperature-controlled storage dumps for missile systems and a host of other ordnance and equipment necessary to sustain such a massive fighting force in inhospitable conditions.

“The increase in troop and equipment numbers along the world’s highest battlefield will impose a phenomenal logistic cost and a tremendous load on the army” former Major General A.P. Singh told The Wire. The army will have to undertake purchases at inflated prices before winter, leaving meagre funds for its continually delayed modernisation, added the XIV Corps’ former chief of logistics in Ladakh for two years, till 2013.

It is impossible to estimate what it would cost to build this gargantuan infrastructure or what, in addition, would be the recurring amount needed to maintain army formations in these times of straitened economic crisis, hammered further downward by the coronavirus pandemic.

But the closest, semi-official costing estimate available are of the army’s earlier, analogous deployment to the Siachen glacier in the 1980s. And though the price of establishing Siachen’s infrastructure is unknown and difficult to compute, it is estimated that it costs the army Rs 5 crore per day to endure its glacier presence.

However, according to some official estimate more than a decade ago, it cost Rs 2,400 to transport one litre of kerosene to Siachen, as the Cheetah and Chetak helicopters that were – and  remain – the supply lifeline to the 15,400 feet high glacier, are able to ferry limited cargos in the limited time frame available to them in constantly inclement weather.

The principal sustenance for the anticipated deployments along the LAC will be provided by the IAF’s complement of newly acquired Lockheed Martin C-130J-30 and Boeing C-17 Globemaster III strategic transport aircraft. Both platforms are capable of transporting large capacities to the Daulat Beg Oldie (DBO) advanced landing ground for onward transportation to army formations.

But this will come at a mammoth price.

According to India’s Comptroller and Auditor General (CAG), the cost per flying hour for each four-engine C-17 with two pilots and a loadmaster was estimated at Rs 43.19 lakh in 2016; correspondingly, that of operating C-130J-30s, also four-engine (turboprop) transport aircraft with a five-member crew including a loadmaster, flight engineer and navigator, is costed by US evaluators at around Rs 5 lakh per hour.

Additionally, Boeing CH-47F Chinook helicopters, that too have been deployed to Ladakh and are capable of transporting BAE Systems M777 155mm/39 calibre lightweight howitzers, or alternately  30-odd troops or 24 stretchers, cost Rs 3,43,663 ($4,600) per hour to operate. These prices have since spiralled and with multiple sorties needed almost daily to stockpile materials, the transportation bill of all three aircraft would be prohibitive

The imminent expenditure on troop deployment along the LAC comes at a juncture when the Central government drastically tightened the Ministry of Defence expenses for the first three months of fiscal year 2020/21 (FY20/21) due to the financial slowdown spawned by the pandemic.

In its April 8 notification, the Ministry of Finance declared that for April, revenue expenditure – which would pertain to infrastructure development along the LAC – would be limited to 8% of the overall defence allocation for FY20/21, dropping to 6% each for May and June.

In light of the military emergency in Ladakh, these restriction are now almost certain to be waived. But that poses an even bigger question: where is the money?