A day prior, a zonal recruitment officer of the Army had threatened to suspend Agnipath recruitment rallies in Punjab or move them to neighbouring states citing "no clear-cut commitment" from the civil administration. 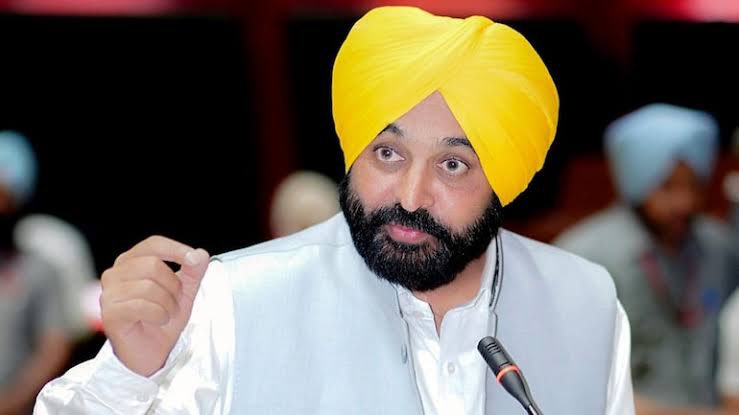 New Delhi: Following assurances from Punjab chief minister Bhagwant Mann of the full support of the state government to the Agnipath recruitment rallies underway in the state, the Indian Army has said that it has no plans to move the rallies out of Punjab and that the rallies will take place as scheduled.

The assurances come on the back the zonal recruitment officer of Jalandhar saying that the Army will either “hold in abeyance” the Agnipath recruitment process in Punjab or shift the recruitment rallies to neighbouring states, citing a lack of support from the civil administration.

In a September 8 letter addressed to the state’s chief secretary, V.K. Janjua, and principal secretary, employment generation, skill development and training, Kumar Rahul, the zonal recruitment officer of Jalandhar, Major General Sharad Bikram Singh, had claimed that the local administration’s support to the rallies had been “vacillating” and that it displayed “no clear-cut commitment” to the process.

Major General Singh had further detailed a number of “inescapable requirements” of the civil administration which included the provision of police officers to ensure security and the maintenance of law and order; medical support and a team of ambulances; as well as basic amenities such as food and water for the expected 3,000-4,000 candidates per day for the 14 days that the rallies are held at a particular location.

Further, the recruitment officer had threatened to take the matter up with Army headquarters if no such commitment was forthcoming.

After reports of the Major General’s letter surfaced on Wednesday, September 14, chief minister Mann gave his assurances to the Army in a Tweet later that same day.

All Deputy commissioners were directed to provide complete support to Army Authorities
for recruitment of Agniveers in Punjab.
Any laxity shall be viewed seriously.
Every effort will be made to recruit maximum number of candidates in to army from the state. pic.twitter.com/KKDZW9OJoR

Mann, who is currently in Germany, added in his tweet, “Every effort will be made to recruit maximum number of candidates in to army from the state (sic).” Around 27,000 candidates are expected to participate in the rallies seeking positions in the Army’s short-term recruitment scheme. They are expected to be competing for 3,500-4,000 seats in the state.

On Wednesday, Aam Aadmi Party (AAP) head and Delhi chief minister Arvind Kejriwal, too, gave assurances to the Army that the Punjab government would fully support the recruitment rallies.

“We had differences with the Centre on Agnipath scheme but since the Centre has implemented it we will support it fully. We will completely cooperate with the scheme and the army,” Kejriwal said while replying to a question at a press conference, according to news agency PTI.

When the Agnipath scheme was launched in June this year, it had been met with protests from young aspirants of defence jobs across the country. These aspirants and defence-sector commentators alike had raised concerns about the short-term nature of the recruitment (only 25% of ‘Agniveers’, as the recruits are known, would be retained beyond the four-year contract) and the low monetary compensation afforded to the recruits.

The AAP was among the opponents of the scheme, along with other Opposition parties, and had even, in a symbolic gesture, passed a resolution against the Union government’s scheme in the Punjab assembly. Chief minister Mann, himself, had moved the resolution.

Also read: The Agnipath Scheme May Be Designed to Ring the Death Knell of Indian Democracy

What’s more, while Kejriwal and Mann have pledged their support to the recruitment process, state finance minister Harpal Singh Cheema was quoted by PTI as saying, “…we opposed the ‘Agniveer’ scheme earlier also and we are opposing it even today.” However, it must be noted that his remarks came as a response to a question on Major General Singh’s letter, which he said he was not aware of.

Nevertheless, after assurances from AAP leaders, Army sources said that the two recruitment rallies that have been held in Punjab so far (in Ludhiana last month and in Gurdaspur this month) have gone off successfully with the “full support of the civil administration”.

“The registration and footfall of candidates have been encouraging as per trends of previous years,” a source said, according to PTI.

The source also said that the recruitment rallies scheduled to take place in the state in the future (in Patiala from September 17; Ferozepur from November 1; and Jalandhar from November 21) will take place as planned, with support from the local administration.