Amit Shah said more than 250 terrorists were killed, but the Air Force chief said they only assess if the target was hit or not. 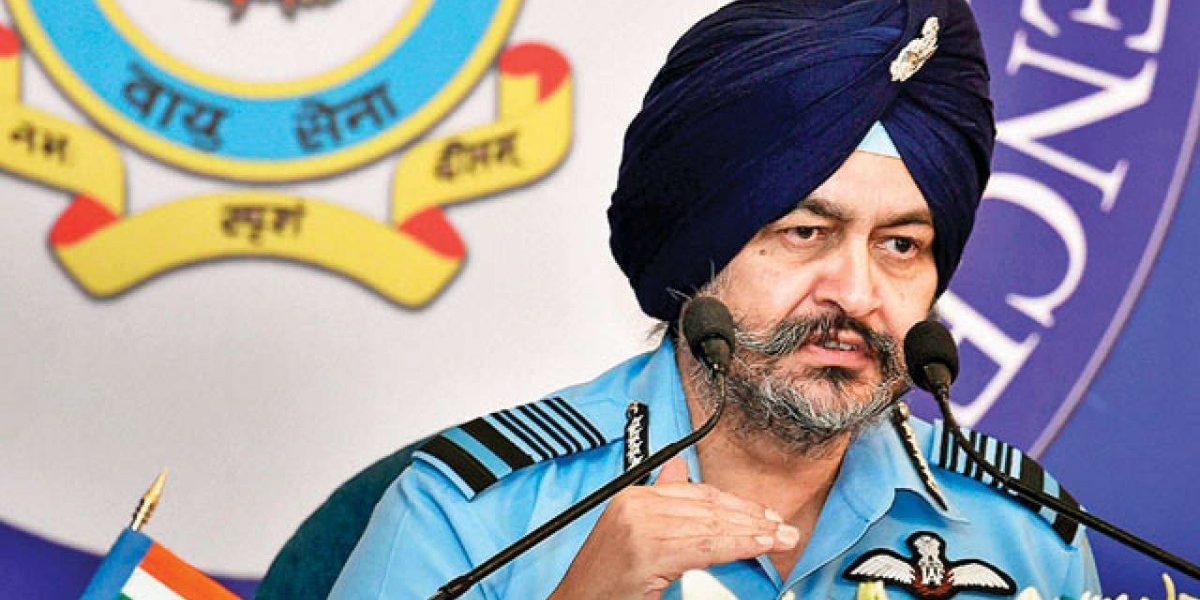 Coimbatore: Sidestepping a raging debate on the number of casualties in the Balakot strike, IAF chief B.S. Dhanoa on Monday said it is for the government to provide details on the terrorists killed and the Air Force only sees if a target has been hit or not.

“The Air Force doesn’t count human casualties,” Dhanoa said as the figure of how many terrorists were killed in the February 26 attack on a Jaish-e-Mohammed camp in Balakot in Pakistan’s Khyber Pakhtunkhwa province remained unclear.

Government sources said up to 350 terrorists were killed, BJP president Amit Shah put the toll at 250, some media reports indicated the damage was minimal and opposition leaders clamoured for clarity. But there has been no official statement so far.

“We don’t count human casualties. We count what targets we have hit or not hit,” Dhanoa said in his first comments since the events of last week, when escalating India-Pakistan tensions led to aerial combat and Wing Commander Abhinandan Varthaman being in captivity in Pakistan for almost three days.

Varthaman, who ejected from his MiG 21 Bison on February 27, was captured by Pakistan and released on March 1.

Discussing the Balakot strike, which was conducted 12 days after the February 14 attack on a CRPF convoy in Pulwama, Dhanoa said the Air Force is not in a position to clarify how many people were inside.

The bomb damage assessment that is done post a mission only calculates the target that has been hit or not hit, the air chief noted.

“We can’t count how many people have died. That depends on how many people were there,” Dhanoa said, adding that a statement on the number of terrorists killed will be made by the government.

Asked about reports suggesting that the bombs were dropped away from the target, he said, “Our report says otherwise.”

India, he said, has pieces of the AMRAAM missile which it displayed.

“Obviously, I think they have lost a F-16 aircraft in that combat. So, obviously, they have been using that aircraft against us,” he added.

According to him, had the Indian Air Force dropped bombs in a jungle at Balakot there would have been no need for Pakistan to respond.

“The target has been clearly amplified by the foreign secretary in his statement. And, of course, if we plan to hit the target, we hit the target. Otherwise, why would (Pakistan) have responded,” he said. 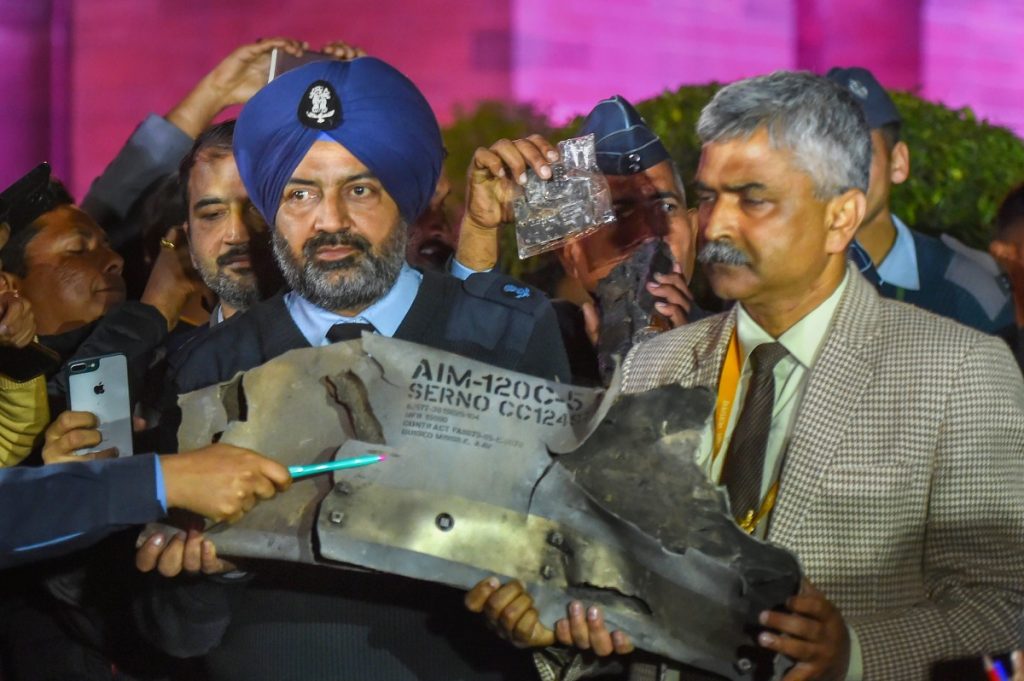 Rafale to come into India’s inventory by September

The Rafale jet should come into India’s inventory by September, the Air Force chief said.

“Yes, we have a plan for inducting new aircraft and that is why we have signed contract for 36 Rafale jets.”

Eventually, Jaguar, MiG29, and Mirage 2000 aircraft will be replaced by Tejas Mk-2 and then the “next step” will be on Advanced Medium Combat Aircrafts, he said.

Dhanoa declined to comment on Prime Minister Narendra Modi’s statement that Rafale jets would have a made a difference.

When an adversary attacks you, every aircraft is used, Dhanoa said, adding that the MiG 21 jet used in the dogfight with Pakistan is an upgraded aircraft with advanced weapons system.

“The MiG 21 Bison is in our inventory, why not use it?…I will not comment on the ongoing operation because they are still ongoing. MIG-21 Bison is capable. It has been upgraded… It has got a better weapons system, better radars, better air-to-air missiles… whatever it takes to make it from third generation to 3.5 generation (aircraft) or so,” Dhanoa told reporters.

Though he could not comment on the politics, he said he was happy Abhinandan was home, he said.

“Whether he flies again or not depends on his medical fitness. That is why post ejection, he has undergone a medical check. Thereafter, whatever treatment is required, we have given to him. Once he gets his medical fitness, then only will he get into a fighter cockpit,” Dhanoa said.

The Air Force, Dhanoa said, is working to ascertain what caused the mid-air clash ahead of the opening of the Bengaluru air show on February 19 and helicopter crash in Kashmir last week.

The lack of clarity over the Balakot issue is rapidly snowballing into a political storm, with opposition leaders, including from the Congress, asking for a statement.

On Sunday, Shah said at a rally in Ahmedabad, “After Pulwama attack, everyone was thinking that we can’t do surgical strike so what will happen…But Narendra Modi government, on the 13th day (after the attack), conducted air strikes and killed more than 250 terrorists.”