Agnipath Applicants Must Pledge They Did Not Participate in Vandalism: Military Leadership

“The Indian Army’s foundation is discipline. There is no space for arson and vandalism," said Lieutenant General Anil Puri, the additional secretary of the Department of Military Affairs. 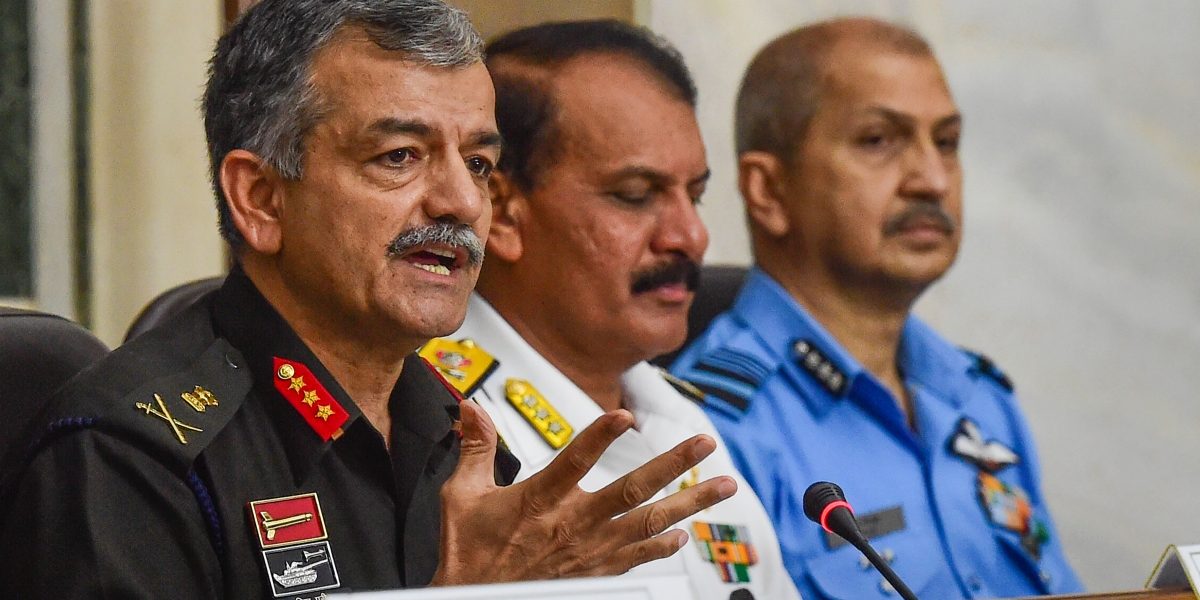 New Delhi: In an apparent bid to snuff out protests against the Agnipath scheme, the military’s leadership has announced that applicants for the new recruitment scheme will have to pledge that they did not participate in any arson or agitation.

He said every individual wanting to join the three forces through the ‘Agnipath’ scheme will have to give an undertaking that they were not part of any protest, arson or vandalism.

Lt Gen Puri said the youths who are part of the arson and violence against the scheme will not be able to join the three services as a police verification process will be carried out before enrolling anyone under the scheme.

“Every individual who wants to join the armed forces through the ‘Agnipath’ scheme they will have to submit a pledge that they were neither part of any protest nor were involved in any violence. Nobody can join the forces without police verification.. We have made the provisions,” Lt Gen Puri said.

He also claimed that the protests were being led by people who are older than 27 years. The protesters are not aware of the provisions of the scheme, Puri claimed.

He said the protestors were instigated by “inimical forces” as well as some of the coaching institutes. Lt Gen Puri said around 70% of the aspirants studying in these coaching centres to prepare for entry into the armed forces are from villages.

“They were studying taking loans. They were given assurances by these coaching institutes and they have significant contributions in sending them to the streets,” he claimed.

The tri-services media briefing at the headquarters of the defence ministry took place hours after defence minister Rajnath Singh held a meeting with the chiefs of the Army, Navy and the Air Force for the second straight day.

The military leadership provided more details about the new lapsable military recruitment scheme, as protests have continued in several places despite concessions by the government to temporarily raise the upper age limit and provide reservations.

At a press conference, Lt Gen Puri said the government was going ahead with implementing the Agnipath scheme and appealed to the agitators to end their protest. He said there is no question of rolling back the scheme.

The additional secretary in the DMA strongly defended the scheme, saying that reducing the age profile of the three services has been on the table for quite some time and even the Kargil review committee had made observations on it.

Lt Gen Puri said the major reform initiative in the armed forces has been introduced to bring down their age profile and it has been finalised after years of deliberations and studying the recruitment process in several countries.

At the press conference, the three services announced a broad timeline for recruitment of the youths under the ‘Agnipath’ scheme.

Those recruited under the new scheme would be called ‘Agniveer’.

Unveiling the scheme on June 14, the government had said youths between the ages of 17 and-a-half and 21 years would be inducted for a four-year tenure under the scheme. The government on Thursday night increased the upper age limit for recruitment under the ‘Agnipath’ scheme to 23 years from 21 for the year 2022.

The announcement of the new scheme came in the backdrop of recruitments into the military remaining stalled over the coronavirus pandemic for two years.

Giving details of the Navy’s plan to induct ‘Agniveers’ under the scheme, Vice Admiral (Personnel) Dinesh Tripathi said the naval headquarters will come out with a broad guideline for the recruitment by June 25.

The first batch of recruits will join the training programme on INS Chilka in Odisha by November 21, he said, adding the Navy is recruiting both men and women as ‘Agniveers’ under the scheme.

About the Indian Air Force’s plan for induction under the Agnipath scheme, Air Marshall S.K. Jha said the registration process will start on June 24 and the process for online examination for phase one of the recruitment process will begin on July 24.

“We are planning to start the training for the first batch of recruits by December 30,” Air Marshall Jha said.

About the Army’s recruitment plan, Lt Gen Bansi Ponappa said the Army will issue a draft notification on Monday and subsequent notifications will be issued by various recruitment units of the force from July 1 onwards.

Recruitment rallies under the Agnipath scheme will take place across India in August, September and October, he said.

Lt Gen Ponappa said the first batch comprising 25,000 personnel will join the training programme in the first and second week of December. The second lot of recruits will join their training around February 23.

He said a total of 83 recruitment rallies will be organised across the country to select around 40,000 personnel.

Referring to the provision of exit of 75% of the ‘Agniveers’ after a four-year tenure, Lt Gen Puri said around 17,600 personnel take premature retirement annually from the three services. “It is not that exit will take place only under Agnipath scheme,” he said.

Unveiling the scheme on Tuesday, the government said youths between the ages of 17 and-a-half and 21 years would be inducted for a four-year tenure while 25% of them will be subsequently inducted for regular service.