It is widely believed that Admiral Gorshkov, on his many visits to India, laid the foundation of warm relationships between Indian and Russian Naval officers which eventually blossomed into a long-standing defence relationship between the two states. 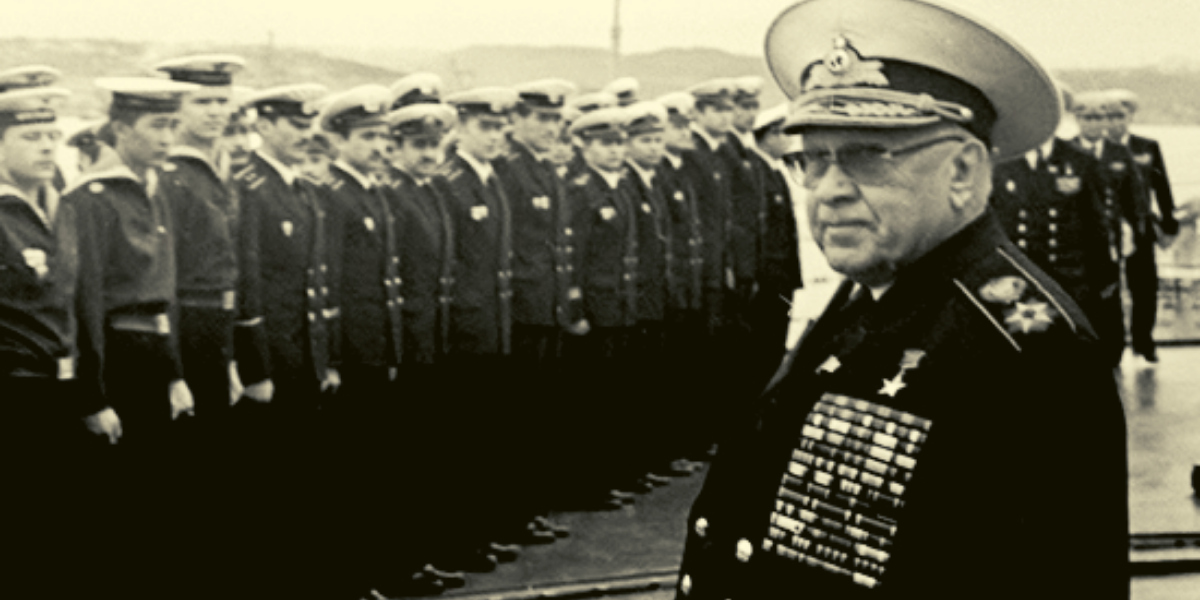 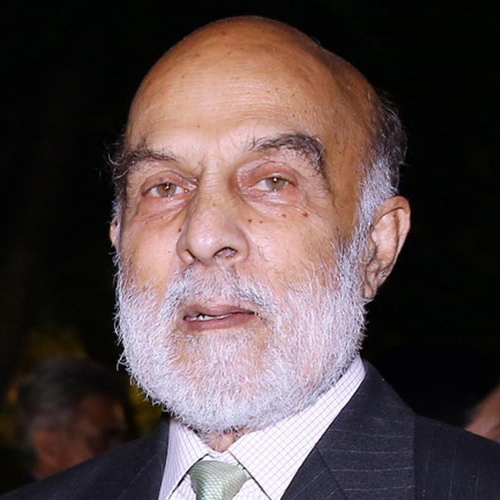 In early-1965, a small nucleus of young naval officers and some technical petty officers were flown to London to make their way to Portsmouth to join the Royal Naval submarine training establishment, HMS Dolphin. They were (including myself, then a Lieutenant) to be the pioneers of the Indian Navy’s new submarine services. After training and a year of sea experience on board Royal Navy submarines, we were flown back to Delhi and told to prepare for another deputation to go to Vladivostok in the then USSR.

Apparently, correspondence between Naval Headquarters in India and the British Admiralty had revealed that London was unwilling to sell any modern submarines to India, instead offering 20-year-old, second-hand submarines. The Indian Admirals, all trained in England, were dithering, but the defence minister, a stalwart named Yashwantrao Chavan was furious and led a large delegation to Moscow, where they were welcomed with open arms and an invitation to take “what you will”.

The Indian delegation signed agreements to acquire four of the latest submarines, five patrol frigates, four patrol boats, four landing ships and five missile boats at prices that were unbelievably cheap. Thus began the great Indo-Soviet military relationship which went on to become one of the biggest country-to-country sales relationships. The year was 1968. The Indian delegation in Vladivostok at one time numbered 60 officers and 350 men.

The patrol frigates were delivered in Vladivostok, while the submariners went to Kaliningrad to receive their submarines. Overseeing all transfers was the Soviet General Engineering Department working under Admiral Gorshkov who had by then already grown into the legend that he would become with the famous TIME magazine cover photo of 1986.

The delivery of all the ships was to take place within three years. At the time, the Suez Canal was still closed and the submarines had the longest voyage home, around the Cape of Good Hope. The patrol and missile boats would be carried in large dock ships and delivered in India.

Admiral Gorshkov made the second of his many visits to India in 1969 and encouraged the Indian Admirals to write to him directly to avoid red tape. All naval personnel associated with Admiral Gorshkov belonged to the previous generation, but his liaison officers are of my vintage and they aver that on his first visit to India in 1964, he probably laid the foundation of the warm relationship that existed between him and the Indian Admirals. It is conjectured that the Indian ministry of defence (MOD) had decided to send the Chavan delegation on the basis of the groundwork laid during Gorshkov’s 1964 visit. 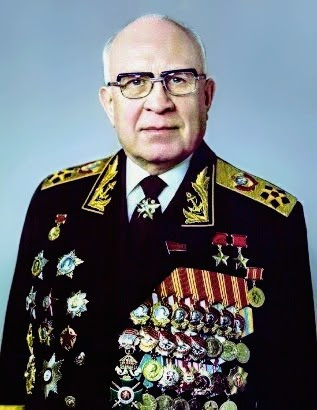 Shortly after the arrival of the first tranche of Soviet ships and submarines, India got embroiled in the 1971 war with Pakistan. The war began in December that year and the most dramatic naval action was executed by the OSA-class missiles, which had been unloaded from the trans-shipment carrier at Calcutta only in October.

The missile attack on Karachi, following the declaration of an exclusion zone, was entirely Admiral Nanda’s idea. The missile boats were towed from Bombay by the recently inducted Petya-class patrol frigates and released 60-80 miles from Karachi, where they sank a destroyer, a minesweeper and a tanker, besides setting fire to the bulk oil storage in Karachi.

The 1971 war illustrated the strengths and weaknesses of the Soviet origin ships. Their weapon density was much higher than British-origin ships, but their endurance was limited and therefore they could not operate with the aircraft carrier in the Bay of Bengal against East Pakistan.

To say that the Indian Navy was going through intellectual turmoil at the time would be an understatement. The Soviet ships and submarines had some genuinely eye-catching technology. The usual Western criticism that Soviet equipment was “bulky and clunky” was far from the truth and often, the reverse was true. For instance, the diesel generators were often of very high power for their weight and required careful and rigorous maintenance and watchkeeping. A highly qualified Indian engineer trained in the Royal Navy’s engineering schools described the Soviet diesel high-pressure air compressor as “built like a watch”.

At the same time, the Indian Navy in Bombay was building, under license, the highly successful Leander-class British frigates. So there was, within the Navy, a level of technical discussion of Western versus Soviet technology that was unmatched anywhere in the world. Being situated in the middle, it was easy for us to see how much disinformation existed on both sides. 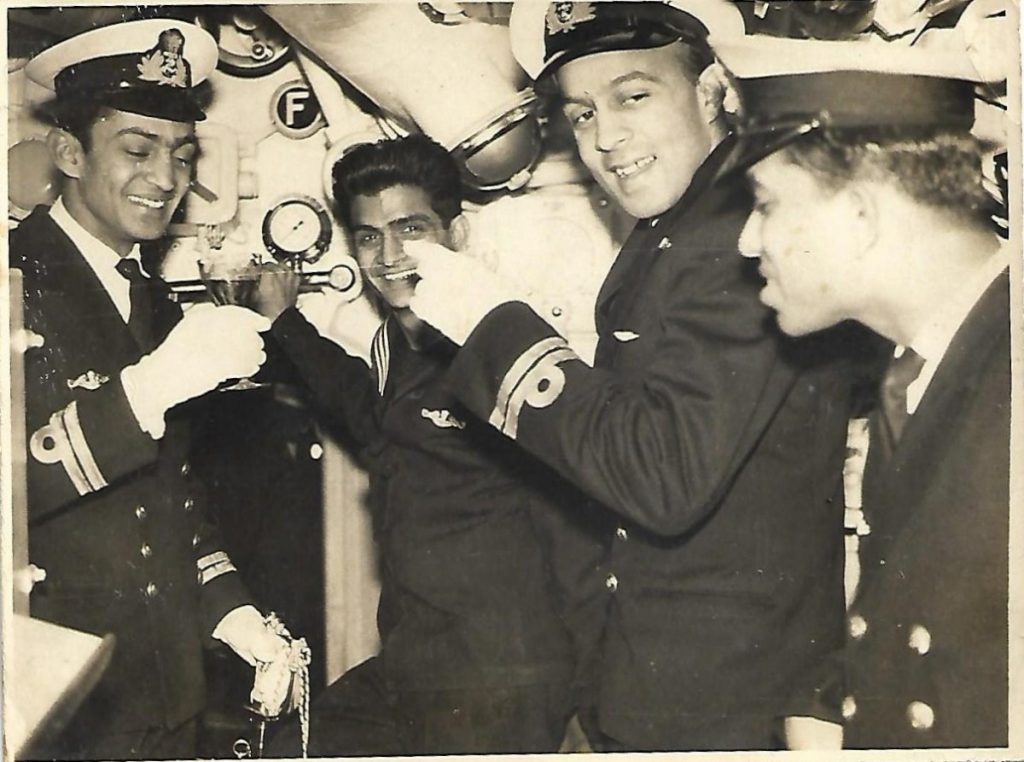 As stated earlier, the weapon density of Soviet vessels was unmatched, while the command and control systems in Western platforms were more sophisticated. This reflected the training systems of the two worlds. In the Soviet system, specialisation came very early, while in the Western system, weapon integration was given greater attention. Indian officers of the rank of Captain could either become squadron commanders of Soviet patrol squadron or command Leanders. Tactical exercises of Red vs Blue invariably evolved in banter about one side not knowing what was going on tactically, while the other side knew everything but had no weapons to do anything about it.

Indian submariners who commissioned their boats in the Baltic were quite unimpressed by the 20-30 antiquated whiskey-class submarines permanently tied up at Jetties in Kalingrad. Surely these were not the 600 submarines that were supposed to prevent the American reinforcement of Europe in case of war? So while we were all in awe of the reputation of Gorshkov, it was unclear as to how he could build an ocean-going navy with a dominant Marxist-Leninist philosophy. After all, the party depended on the ‘Army’ and maritime strategy was never a strong point of Marxism.

One thus assumed that Gorshkov would have to adopt a wily strategy, not so much against the US, but against his own party. In any case, all of us Indian professional officers were least impressed by the commissars in each of the Soviet submarine handing-over crews. Their role seemed superfluous and somehow ‘sneaky’. But then again, the USSR’s inability to project power in the Cuban crisis had resulted in a defeat. Yet, it was rumoured that Kruschkev disliked large surface vessels and favoured only submarines, but presumably, Gorshkov could get approval for some surface combatants while Kruschehev was still in power. 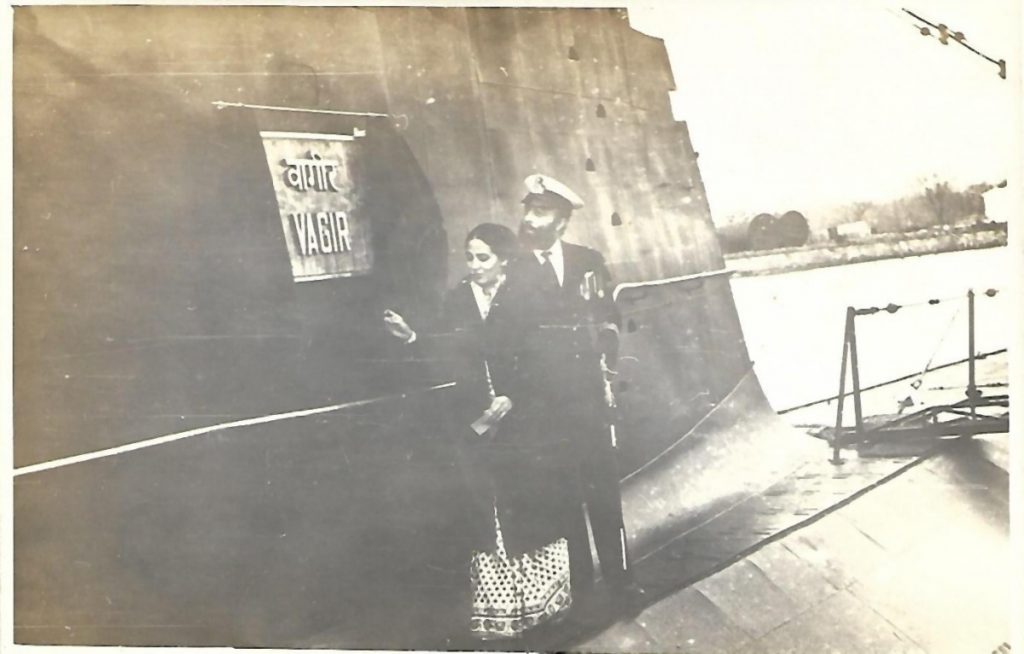 The Indian Navy had acquired only platforms from the USSR, but no tactics or doctrine. For that, we were still dependent on Western publications. The only maritime strategists taught were Mahan and Corbett and the question in our minds was whether Gorshkov had ever read either of them in Russian, or if Russian translations of them even existed. In all his writings, however, he never even mentioned a Western source.

It was hugely interesting then, when Gorshkov published his series of articles in 1972-73, leading ultimately to The Sea Power of the State in 1976. Some American commentators feel that these publications were part of a factional debate or were kites flown in Moscow to test the air. After all, the hierarchy of power in Moscow is not a mystery. The communist party is supreme and all victories must be ascribed to Marxist thought. In the service hierarchy the chief of the Glavny Shtab is always a Marshall of the army and the precedence of even a legendary Naval Commander-in-Chief (C-in-C) is below the Marshall, as was evident during Marshal Grechko’s visit to Delhi when Gorshkov followed dutifully, one pace behind. 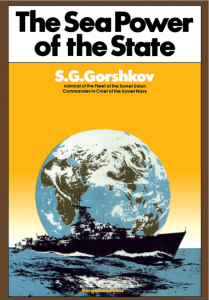 Sergey Gorshkov
The Sea Power of the State
Pergamon Press, 1979.

The 1969 visit was when Gorshkov made his greatest contribution to building up the Indian Navy, which had barely finished absorbing its first tranche of new ships and subs. On being told that India was happy with what had been acquired, Gorshkov insisted that India should place a repeat order for four more submarines and five patrol frigates (Petyas). I had just finished my first submarine command and within a year was sent back to Riga (next to Kalingrad) to take delivery of more submarines.

Gorshkov’s personal advice truncated bureaucratic procedures by about three years. But first, his rumoured role in the 1971 war with Pakistan.

During the closing stages of the victory, the American aircraft carrier Enterprise and escort ships transited the Malacca Straits, entered the Bay of Bengal and headed for East Pakistan in a vain attempt to stem the imminent surrender of Pakistani forces. At this stage, New Delhi rumours have it, that Gorshkov ordered all Soviet nuclear submarines in the Indian ocean to surface and show their positions to American satellites. Now, this is an entirely uncorroborated story, without any quotes, but the Enterprise turned back soon after. The few in India who could have confirmed this story one way or the other, have all passed away.

How much did Gorshkov’s writings influence Indian naval strategic thinking? To answer this, one has to ask another question: to what extent were Gorshkov’s writings admired in the USSR itself? If one goes by the articles written between 1972 and 1976 in the Morskoi Sbornik, none condemned his thoughts, but not one commentator identified it as the work of a great naval thinker. Of course, once Gorshkov got his way into building, the big and heavily armed destroyers and cruisers like the Kashins, Kresta and Kyendas, maritime thinkers were curious to see how they would be used against a clear NATO and US naval superiority.

One can’t say for sure, but the tactic of close marking and counter marking of US carriers by missile-armed soviet destroyers was certainly an innovation not seen before. Eventually, perhaps Gorshkov succeeded in getting his way; building a large navy by beating the drum of ‘defending socialism’, a strategy that avoided criticism from the powerful Marshals and the communist party.

Although the Indian Navy had in-house, classified publications on its Maritime strategy, the first open publication of the same occurred only in 2004 and was essentially a Mahanian strategy involving the protection of sea lanes. However, since 1962 when the Chinese invasion of Northeast India occurred, Beijing has often attacked India militarily, when the only armed service to see any action was the Indian army. 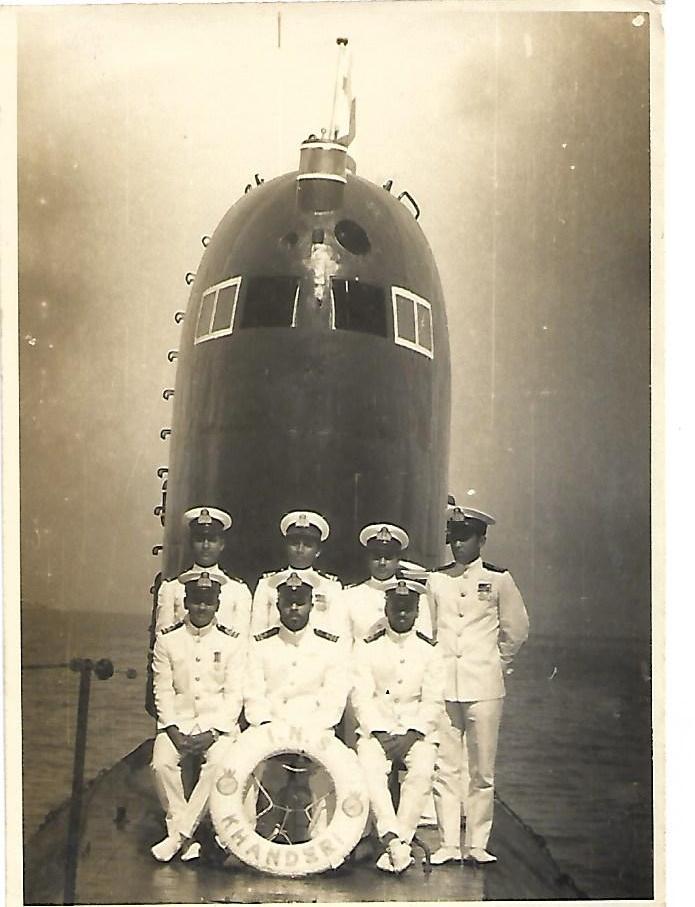 After the Chinese incursion in Ladakh in June, 2020, there has been clamour that the Navy should be used against China’s oil in the Indian Ocean. Some Indian strategists are working on this idea currently and the strategy they intend to adopt is what Gorshkov employed in the Barents Sea; that of the ‘all arms battle’. Gorshkov has, therefore, left behind a strategic legacy, apart from being the architect of the Soviet Navy and a Santa Claus to the Indian Navy.

The strategy of the Soviet Armed forces to fight over retaining superiority over their SSBN bastions in the Barents Sea with an all arms effort is not very different from the US’ grand strategy of creating a dominant battlespace, carefully chosen with geographical advantages. Indian naval thinkers are in the process of transitioning India’s grand strategy to an oceanic one where the exits to the Malacca Straits will become the chosen battlespace to engage the PLA navy in an all arms effort. Whether this grand strategy still retains its Mahanian roots is a moot point because, after all, Mahan had predicted the inevitability of a climactic battle at sea, after which superiority at sea would be established.

Gorshkov died before the US demonstrated the Revolution in Military Affairs in operation Desert Storm in 1991, but he would have probably approved of the strategy.