Playing 'Abide With Me' at Beating Retreat a Matter of Tradition, Memory and Hard Work

“I was deeply disappointed to read about [the hymn being dropped],” said an officer who served in the ceremonial and welfare department. “We’ve grown up with it.” 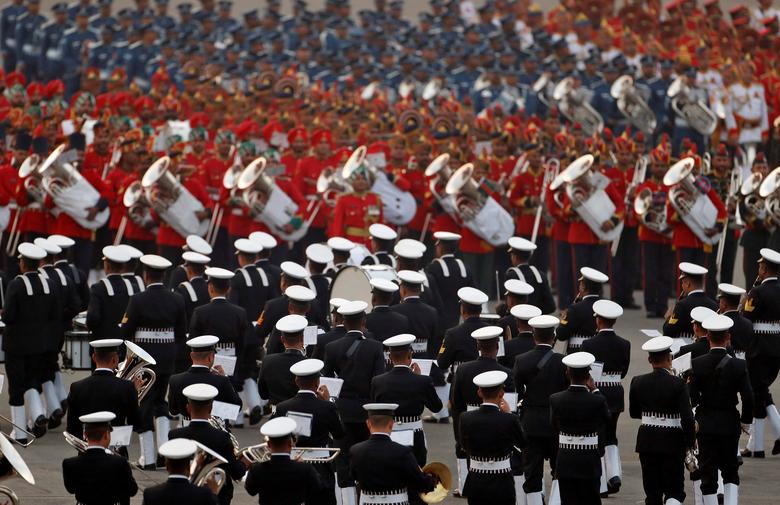 New Delhi: Timing and tradition, but also synchronisation over sentiment, have ensured that the hymn ‘Abide With Me’ remains a part of the Beating of the Retreat that concludes military ceremonies on January 29.

The armed forces view ‘Abide with Me’ as a song to remember their fallen, above and beyond religious connotations.

Between the Kneller Hall of India in Panchmarhi and South Block in New Delhi’s Raisina Hill, the hill station in the Satpuras has triumphed.

The Kneller Hall of India is where the army’s College of Military Music is housed. In South Block, the Ceremonial and Welfare Department of the Indian Army oversees the military ceremonies every January.

In Panchmarhi, the military music wing picks and chooses the army’s musicians every year and determines which of them will go into the martial music bands – pipes and drums, brass and jazz – and which soldiers will be suited for other sections. For the college and its soldiers, the January ceremonies, marked by the pageantry of parades and the solemnity of the Beating of the Retreat, are the highlights they are trained through the year for. Last-minute changes could upset its score.

‘Abide With Me’ is essential learning for all. The soldiers of the martial bands are specially selected for the January ceremonies.

“I was deeply disappointed to read about it,” an officer who served in the ceremonial and welfare department told The Wire. “We’ve grown up with it.” He was talking of reports that said the hymn may be dropped in the Beating of the Retreat (BTR) ceremony this year.

Rehearsing for the hymn is particularly arduous but over the 50-plus years through which it has been played at BTR, it has got institutionalised. Dropping it and replacing it with any other song would require a complex ‘re-scoring’ for a military rendition for what is essentially a solemn occasion.

The hymn is played before the bands do an about-turn and march uphill towards Rashtrapati Bhavan to the tune of  ‘Saare Jahan Se Achha’.

One officer enumerated the features of ‘Abide with Me’ as played in the BTR: 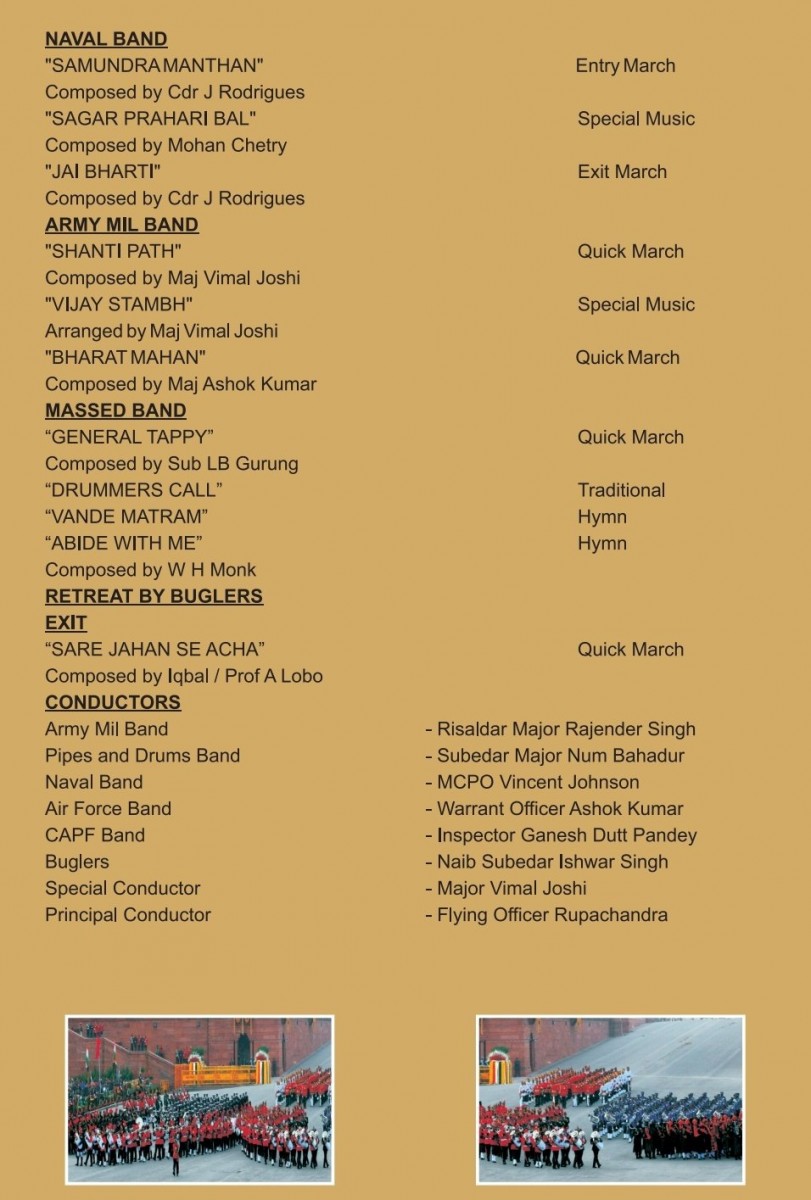 The programme for Beating of the Retreat.

First, it is a massed band of all the forces – not only the army that originally began playing it but also the air force and the navy and lately bands from the central security services. This means the training and the rehearsals involve many more bandsmen and instruments.

Second, the timing of the music must be synced with a) the setting of the sun; b) the solo chimes of the tubular pipes and bells; and, not least, c) the lowering and the folding of the national flag.

“It is not about ‘Vande Mataram’, which is our national song, (and it has been played earlier in BTR) but the news that ‘Abide With Me’ will be dropped that is so disappointing,” said the officer who once oversaw the ceremonies.

‘Abide With Me’ was originally written by Scotsman Henry Francis Lyte set to the score ‘Eventide’ (evening) by William Henry Monk in memory of a fallen friend. It was a favourite of Gandhi’s, whose grandson Gopal Krishna Gandhi, former West Bengal governor, eloquently penned this reminiscence. It was Gandhi’s love for the song that was the reason for it to be included in the BTR in 1950.

That, and the sentiment of serving and retired military vets as expressed in this piece by Lt Colonel Noel Ellis, combined with the grammar of martial music to ensure that the hymn remains a tradition.

The ‘field musicians’ who play at the Republic Day Parade and the BTR are drawn from among that ranks of combat soldiers and the tunes that are selected for the events have to be “re-scored” for marching formations.

“We should know what is a military event and what is a recital,” Lt General Vijay Oberoi (retired), former vice chief of the army, told The Wire. In 2016, General Oberoi wrote a scathing open letter to the service chiefs when sitars and tablas were introduced into the BTR. While the instruments in themselves are classical and pleasing, they scarcely qualify as those to be used by marching formations.

“I am from the old school but I am also a realist. One reason to drop ‘Abide With Me’ could be that it is long. Music scores that have been written by our own (Indian) people have always been incorporated,” he said.

Also read: As Bolsonaro Comes to R-Day, Here’s How India and Brazil Can Cement Strategic Ties

Among the most dramatic inclusions in the January military ceremonies was ‘Kadam, Kadam Badhaye Ja‘  when General Shankar Roy Chowdhury (retired) was the army chief (November 1994-September 1997).

The song – apt for remembering today, on Subhash Chandra Bose’s birth anniversary – was the marching number for his Indian National Army (INA). This was at a time when many thought that the Congress that headed the government for decades had consciously underplayed the historical role of Bose and the INA against British colonialism.

“For us, ‘Abide With Me’ has nothing to do with religion. It has to do with remembrance. Also, there is a difference between a military parade and a recital. Our bands also play at recitals,” said Oberoi.

The national song, ‘Vande Mataram’, originally an invocation to the motherland by Bankim Chandra Chattopadhyay, is set to Raag Desh (nation/country), so named because it is patriotic. It has been part of military events on many occasions.

The BTR has its roots at a time when adversaries on a battlefield called off the day’s hostilities to pick up the dead and the wounded.