One of the Indian soldiers had his throat slit with metal nails in the darkness, his father said. Others fell to their deaths in the freezing waters of the Galwan river, relatives have learned from witnesses. 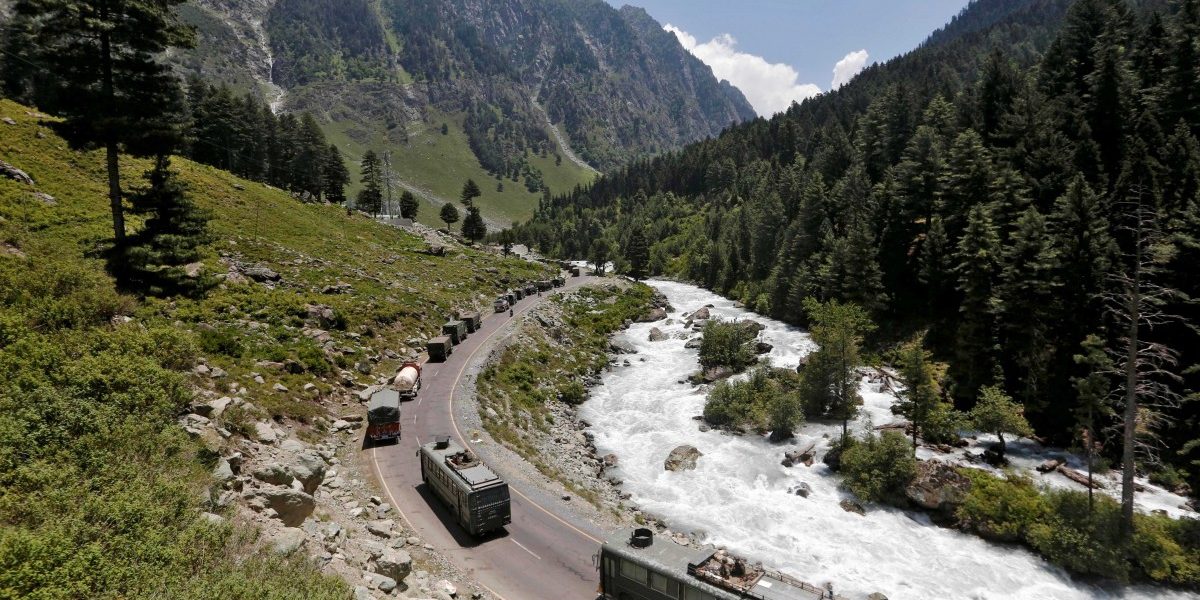 New Delhi: Indian soldiers who died in close combat with Chinese troops last month were unarmed and surrounded by a larger force on a steep ridge, Indian government sources, two soldiers deployed in the area and families of the fallen men said.

One of the Indian soldiers had his throat slit with metal nails in the darkness, his father told Reuters, saying he had been told by a fellow soldier who was there.

Others fell to their deaths in the freezing waters of the Galwan river in the western Himalayas, relatives have learned from witnesses.

Twenty Indian soldiers died in the June 15 clash on the de facto border separating the two armies. The soldiers all belonged to the 16th Bihar Regiment deployed in the Galwan region.

No shots were fired, but it was the biggest loss of life in combat between the nuclear-armed neighbours since 1967, when the simmering border dispute flared into deadly battles.

Reuters spoke to relatives of 13 of the men who were killed, and in five cases they produced death certificates listing horrific injuries suffered during the six-hour night-time clash at 14,000 ft (4,267 metres) amid remote, barren mountains.

Reuters contacted the military hospital in Ladakh where the bodies were brought. The hospital declined to comment on the cause of death and said that the bodies were sent to the families along with the death certificates.

Reuters also spoke to two soldiers of the Bihar Regiment deployed in the area, who were among those who accompanied the bodies of fallen colleagues to their homes in the area. They were not directly involved in the melee.

The soldiers cannot be named because of military rules and all the families asked for anonymity because they said they were not supposed to speak about military matters.

The Indian defence ministry did not respond to a request for comment on the fighting on June 15.

In response to a Reuters query, a China foreign ministry spokesperson repeated previous statements blaming the Indian side for crossing the de facto border and provoking the Chinese.

“When Chinese officers and soldiers went there to negotiate, they were suddenly and violently attacked by the Indian troops,” the spokesperson said. “The rights and wrongs of the incident are very clear. The responsibility absolutely does not lie with the Chinese.”

China has not provided evidence of Indian aggression. China‘s defence ministry did not respond to a request for comment.

Three of the dead men had their “arteries ruptured in the neck” and two sustained head injuries caused by “sharp or pointed objects”, the death certificates seen by Reuters said.

There were visible marks on the neck and forehead, all five documents said.

“It was a free-for-all, they fought with whatever they could lay their hands on – rods, sticks, and even with their bare hands,” said a government official in Delhi briefed on the clash.

The Indian government has said that the People’s Liberation Army (PLA) acted in a premeditated manner, but it has not provided a full account of the clash that stunned the country and stoked popular anger against China.

China has dismissed an Indian government minister’s claim that China had lost 40 soldiers from the PLA’s western theatre command deployed in Galwan.

Its envoy to Delhi suggested in remarks to local media and posted on the embassy website that there had been losses on both sides.

“The Indian army suddenly and violently attacked the Chinese officers and soldiers who went for negotiation, causing fierce physical conflicts and casualties between the two sides,” Sun Weidong said.

Indian government officials have told Reuters that the conflict began when the commanding officer of the Bihar regiment led a small party to Patrol Point 14 to verify whether the Chinese had made good their promise to withdraw from the disputed site and dismantle structures they had built there.

Instead, they came under attack by Chinese soldiers using iron rods and wooden clubs with nails studded in them on a narrow ledge barely four metres wide overlooking the Galwan river.

In recent weeks the world’s two most populous countries have mobilised more forces along the 3,488 km Line of Actual Control (LAC), and the renewed hostilities have triggered a diplomatic and commercial spat that threatens to escalate, experts including former Indian military officers say. 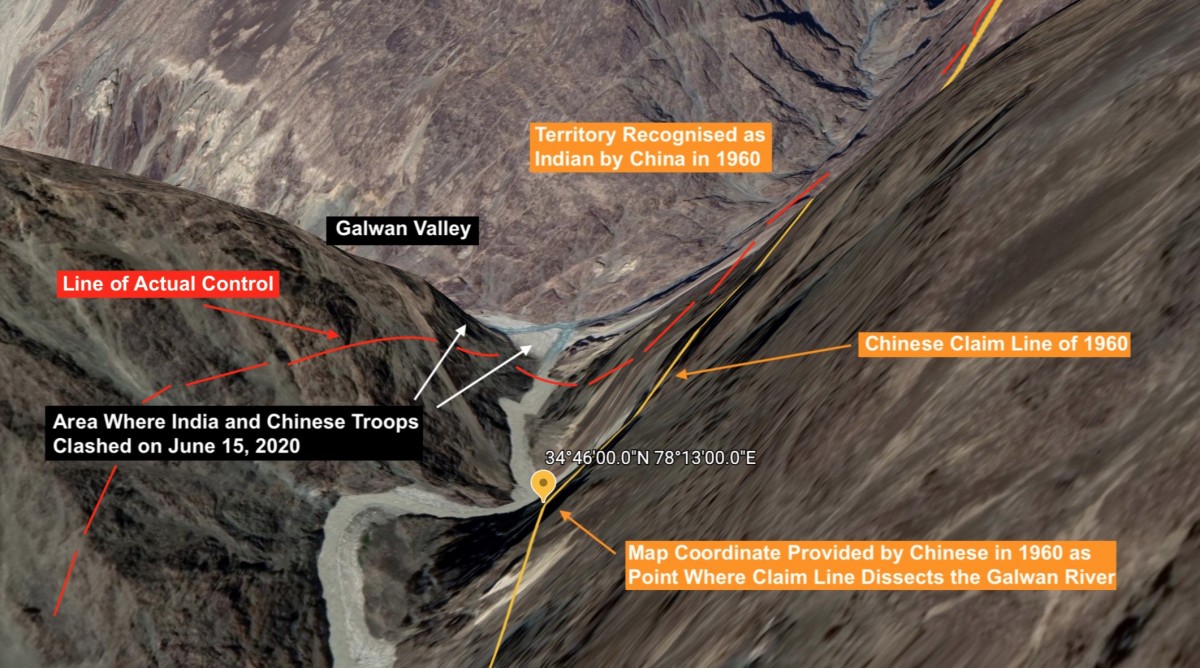 “How dare China kill our unarmed soldiers. Why were our soldiers sent unarmed to martyrdom?” Rahul Gandhi, leader of the main opposition Congress party wrote in a tweet, demanding the government provide a full account.

A relative of one of the soldiers who accompanied Colonel Santosh Babu, the commanding officer, to the site of two tents erected by the Chinese troops told Reuters that members of the Indian patrol were unarmed.

They were confronted by a small group of Chinese soldiers and an argument ensued over the tents and a small observation tower the relative said, on the basis of conversations with two other soldiers who were present.

Reuters was unable to establish all of the details of what happened, but government officials in New Delhi briefed on the incident said that at some point Indian troops took down the observation post and the tents because they were on India’s side of the LAC.

Soon after the Indian side came under attack from a large Chinese force that pelted them with stones and attacked them with sharp-edged weapons, according to the families of three dead Indian soldiers, based on conversations they had with survivors.

Some soldiers retreated to safety on the ridgeline in the darkness, but when they could not find the commanding officer, they re-emerged and came under fresh attack, four family members said.

Babu was among those killed in the fighting, the Indian government said. One of the soldiers deployed in the area that Reuters spoke to said the Indian patrol was outnumbered by the PLA.

“The Chinese side overwhelmed our people by sheer numbers,” said the soldier, who overheard radio messages seeking reinforcements being sent to regional headquarters in Ladakh.

Three of the Indian families said they had been told by soldiers who were commissioned to bring the bodies back to them that some combatants pushed each other into the fast-flowing Galwan river.

Also read: ‘Fulfilled Father’s Wishes’, ‘Served for 22 Years’: The Lives of 7 of the Armymen Killed in Ladakh

The government official in Delhi also said bodies of some soldiers were fished out of the river the next morning. Some had succumbed to hypothermia, the official added.