As many as 14 policemen were injured in the encounter took place on Saturday near Korajguda hills when a joint team of security forces was out on an anti-Naxal operation. 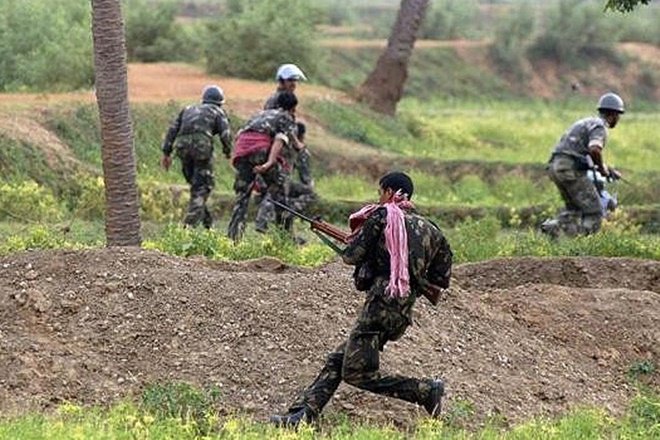 Raipur: The bodies of 17 security personnel, who went missing after an encounter with Naxals in Sukma have been found, according to Chhattisgarh police officials.

On Sunday, a search operation was underway to trace 13 police personnel who went missing after a fierce gun-battle with Naxals in forests of Chhattisgarh’s insurgency-hit Sukma district, police said.

As many as 14 policemen were injured in the encounter took place on Saturday near Korajguda hills in Chintagufa- Burkapal area when a joint team of security forces was out on an anti-Naxal operation.

Initally, 13 policemen were untraceable and security forces launched a search for them in the forest, considered as a Maoist stronghold. “Reinforcement was sent to the area on Sunday morning to assist the searching team,” , a senior police official had said.

Nearly 600 personnel of the police’s District Reserve Guard (DRG), Special Task Force and CoBRA (Commando Battalion for Resolute Action) had launched the operation from three sides – Chintagufa, Burkapal and Timelwada – based on information about the presence of ultras near Elmagunda on Saturday, he said.

When one of the patrolling teams was advancing through Korajguda hills near Elmagunda, located around 450 km from the state capital Raipur, it was ambushed by a team of some 250 armed ultras that led to the gun-battle, he said.

“Based on the ground inputs, it is believed at least four to five Naxals might have been killed and an equal number injured as security forces retaliated strongly,” the official had said.

“Fourteen personnel, who sustained injuries in the skirmish, were airlifted to Raipur and were undergoing treatment at a private hospital where the condition of two of them was reported to be critical,” he said.