Why is the Brain Prone to Florid Forms of Confabulation?

In its most extreme form, confabulation arises from severe brain damage, which conveys false memories induced by the injury to the brain. 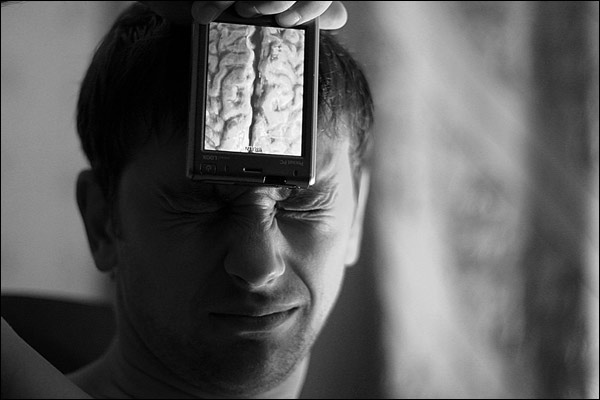 She had visited Madonna’s mansion the week before, Maggie told me during my ward round. Helped her choose outfits for the tour. The only problem was that Maggie was a seamstress in Dublin. She had never met Madonna; she had never provided her with sartorial advice on cone brassieres. Instead, an MRI scan conducted a few days earlier – when Maggie arrived at the ER febrile and agitated – revealed encephalitis, a swelling of the brain.

Now she was confabulating, conveying false memories induced by injury to her brain. Not once did Maggie doubt that she was a seamstress to the stars, no matter how incongruous those stories seemed. And that’s the essence of confabulation: the critical faculty of doubt is compromised. These honest lies were Maggie’s truth.

In its most extreme form, confabulation emerges from brain damage caused by encephalitis, strokes, trauma, or thiamine deficiency caused by chronic alcohol dependence. Some confabulators with these conditions produce bizarre fabrications: they recount past lives as spaceship captains or report aliens on UFOs.

Confabulators with an underlying brain injury often try to act upon fantastical tales – insisting on reaching a celebrity mansion with a sewing machine. Remote memories and perceptions drift into the present; conflated, scrambled, and irrelevant to the here and now.The Russian psychiatrist Sergei Korsakoff broached the issue to colleagues in 1889. His report involved a patient who’d once travelled to Finland. In describing the trip, she ‘mixed into the story her recollections of the Crimea, and so it turned out that in Finland people always eat lamb and the inhabitants are Tatars.’

Like Korsakoff’s patient, many confabulators deliver nuanced elaborations and embellishments, or simply scramble their facts – a bit like the rest of us. Our intuitions often carry an automatic feeling of rightness; we immediately accept them to be plausible.

But for those without brain damage, the brain tends to inspect information and perceptions that simply couldn’t be true. Could I really have seen a kangaroo on the road to Edinburgh? We set such information aside unconsciously for further fact-checking using ‘doubt tags’ traced by neuroscientists to the orbitofrontal cortex and ventromedial prefrontal cortex towards the front of the brain. Such tags tell us: ‘There might be something fishy here.’ These regions are disrupted in confabulators with brain injury who have trouble applying doubt tags even in the face of outrageous ideas and thoughts.

It’s not just those with brain injury who are susceptible to confabulation. Younger children often confabulate, likely because of a developing prefrontal cortex. And recently, researchers from the University of Bedfordshire in the UK and the University of British Columbia in Canada persuaded a group of healthy undergraduate students that they had a criminal history. To convince participants of their crime, an interviewer first told them about a true event that they had experienced during adolescence; accurate details of this episode had been sourced from a family member beforehand. The interviewer then introduced a false event to participants: ‘The second event, which your parent(s) told me happened, was an incident where you were in contact with the police.’ Participants were then asked to explain what happened to them during each event, both true and false, in detail.

By the time of a third interview, 70% of participants had confabulated false memories of committing theft, assault, or assault with a weapon, resulting in police contact in early adolescence. With each retelling, doubt subsided.

“I remember the two cops. There were two,” said one study participant. “I know that for sure… I have a feeling, like, one was white, and one maybe Hispanic… I remember getting in trouble. And I had to, like, tell them what I did…”

“You remember yelling?” queried the interviewer.

Even if you didn’t try to bring a sewing machine to Madonna’s house, here’s something that we might all share with clinical confabulators: the inability to inspect some memories and perceptions. Or the failure to reject the flawed response, as William Hirstein, a philosopher and cognitive scientist at Elmhurst College in Illinois, puts it.

This seems to be especially true when memories and perceptions are encouraged or suggested to us, or when pressure is applied. During forensic interviews, for example, if the innocent suspect is led to confabulate unwittingly (‘just give us your best guess’), a false confession can follow.

Strong emotions associated with a memory or perception can also override our doubt tags; emotion enhances how vivid a memory seems to us, increases our unmerited confidence in its accuracy, and adds to that profound sense of reliving the event. Stories of a harrowing car crash or a heated argument are recounted with certainty around dinner tables and office water coolers. But the absence of doubt does not equate to the presence of truth.

There is a beautiful evolutionary advantage to the doubt deficit: is the howling animal in front of you truly a wolf? It looks like a wolf. Don’t spend a second applying doubt. Run, just run.

Still, drawbacks exist – a vulnerability to deception, for one. Adults with ventromedial prefrontal cortex (vmPFC) damage are about twice as likely to believe misleading advertisements, compared with those with damage outside of it or those without brain injury – irrespective of memory or literacy differences.

This might explain, researchers suggest, why older people are especially vulnerable to fraud. With age, the structural integrity and function of the vmPFC are each dampened, and so the capacity to doubt is blunted.

Being tricked into confabulation and hence into a doubt deficit, even without brain injury, has moral and ethical consequences. In 2012, researchers at Lund University in Sweden asked participants to indicate their level of agreement with statements about conflict, immigration, government surveillance and prostitution.

Participants had to select a point of view and then read their answers aloud. Unbeknown to them, two answers had been switched around. If someone had said they quite strongly believed that harbouring illegal immigrants was morally deplorable, they were reminded that they had quite strongly considered it morally commendable. Shockingly, 69% did not detect at least one such switch and confabulated unequivocal arguments for choices they hadn’t expressed. (This is choice blindness: we fail to notice mismatches between our decisions and the outcome of these choices, then endorse the opposite of our chosen alternative.)

And the volte-face stuck. After one week, those who confabulated in this way had a higher level of preference for a choice that they had never made. I spoke to one of the study’s authors, Petter Johansson, a cognitive scientist at Lund. “When we construct an answer to support our case,” he told me, “we not only influence the listener but also ourselves.” Perhaps our values are formed and transformed simply through posthoc rationalisation, not born of deliberate reflection.

Preliminary analysis of eye-tracking and pupil dilation (to measure surprise) suggested that most confabulators had not detected the manipulation. And that’s a dangerous state of affairs. While a doubt deficit might save you from a wolf, it makes you vulnerable to deception, and even puts your morals on the line.

In doubt, there is value. It drives science forward, compelling us to formulate alternative hypotheses and to interrogate evidence. In the words of the medieval philosopher Peter Abelard: “By doubting we come to inquiry, and by inquiry, we arrive at the truth.”

Hirstein intriguingly invokes a system usually associated with fight or flight. “Doubt for us is not merely intellectual,” he told me. “It comes with an unpleasant gut feeling produced by the autonomic system. It might be that this feeling is what actually gives doubt the power to stop us and make us rethink what we are saying.”

But doubt is a double-edged sword. A maelstrom of rhetoric envelops us; claims and counterclaims swirl around vaccination, immigration, and climate change, and our doubt is the weapon used by manipulators. “Doubt is our product,” reads a public relations memo for the tobacco industry from 1969, “since it is the best means of competing with the “body of fact” that exists in the mind of the general public.”

Here’s a recipe for instilling doubt: insert quotation marks around words such as ‘evidence’ or ‘experts’. Add some paid critics of the accepted evidence. Celebrate their courage. Capitalise upon the intrinsic ambiguity of epidemiological research. Propel healthy scepticism towards propaganda. Stir. Season. Without providing truth, you have coerced the other side to question theirs.

Maggie’s fever vanished, and her fantastical stories, too. Her capacity to doubt renewed, she traded one vulnerability for another – but better to harbour doubt than have none at all.

Jules Montague is an Irish neurologist and writer living in London. She is the author of an upcoming book on the neuroscience of identity, Lost and Found, to be published in 2018.

This article was originally published on Aeon. Read the original article here.