Vishveshwara inspired several generations of Indian physicists. Many of the internationally acclaimed among them testify to having been profoundly influenced by him at some point in their career. 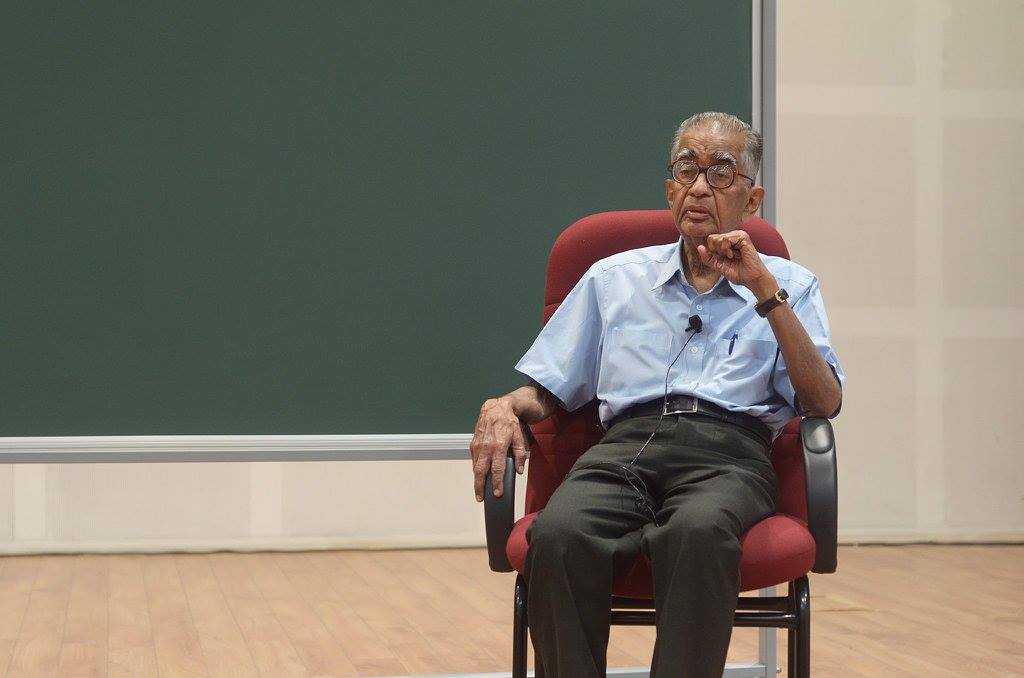 Professor C.V. Vishveshwara, who passed away in Bengaluru recently, was one of the true pioneers of black hole physics. Vishveshwara belonged to a class of physicists who were attracted to Albert Einstein’s theory of general relativity under the influence of the legendary American physicist John Wheeler in the 1960s.

Born in 1938 to scholar C.K. Venkata Ramayya and K. Venkatasubbamma, Vishveshwara spent his schooldays in Bengaluru and later went to Mysore University to study physics. In the 1960s, he was a graduate student at the University of Maryland working with Charles Misner, a prominent relativist and former student of Wheeler. After spending a few years at the NASA Institute of Space Studies, New York University, Boston University and the University of Pittsburgh, he returned to Bengaluru in 1976 to take up a professorship at the Raman Research Institute. He later moved to the Indian Institute of Astrophysics, in the same city, where he formally retired from his professorship in 1998. However, he never stopped working.

One of the most important contributions of Vishveshwara was the mathematical proof of the stability of Schwarzschild black holes. In 1916, the German physicist-astronomer Karl Schwarzschild discovered a mathematical solution to Einstein’s equations that describe how spacetime curves around a non-rotating spherical object. If such an object is smaller than a characteristic radius, called its Schwarzschild radius, it would be enveloped by a strange surface called the event horizon. This event horizon would allow things to pass inwards – into the spherical object – but would prevent everything, including light, from coming out.

Wheeler would later coin the term ‘black hole’ to describe these objects. One important question in the 1960s was whether the Schwarzschild solution is mathematically stable under perturbations. This means that, for such an object to exist in the physical world, it should retain its form even when perturbed by something, like infalling matter or radiation. Otherwise, the object would break apart “if an ant sneezed in its vicinity”. 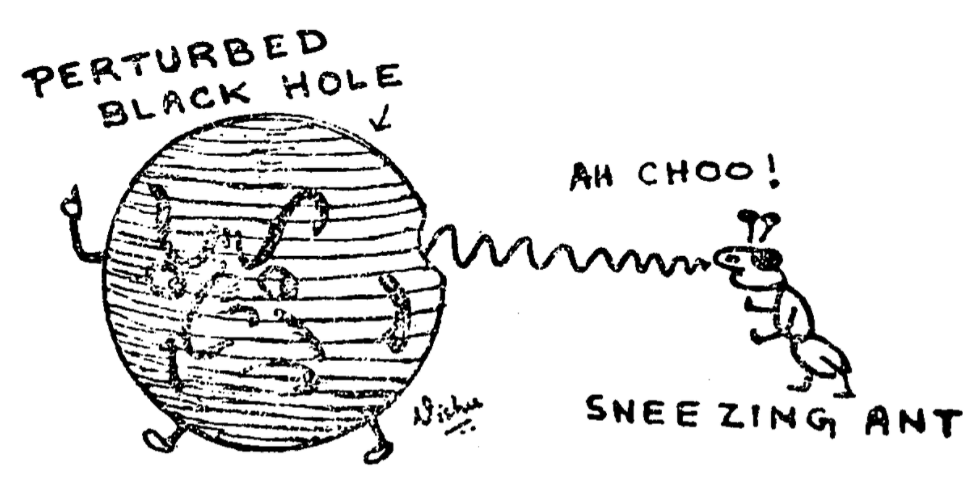 A black hole being perturbed by a sneezing ant. Cartoon by C.V. Vishveshwara. (Proc. of the ‘Einstein Centenary Symposium’ held at Ahmedabad in 1979, Ed. A R Prasanna et al. Wiley Eastern, 1980)

Building upon earlier work by Tullio Regge and Wheeler, Vishveshwara showed in 1970 that the Schwarzschild black hole is indeed stable under perturbations. Earlier, theoretical calculations by J. Robert Oppenheimer and Hartland Snyder had showed that black holes could be produced in the gravitational collapse of massive stars. Vishveshwara’s analysis suggested that, if black holes are indeed produced, they would also continue to exist. Soon after, astrophysical evidence of the existence of black holes started coming in from X-ray observations. And today, black holes have become commonplace phenomena in astronomy.

In 1970, Vishveshwara showed that if we perturb a Schwarzschild black hole by throwing a pulse of gravitational radiation at it, the black hole would go back to its original state by emitting gravitational waves of a simple, characteristic form, called quasi-normal modes. The signal is analogous to the ringing down of a bell, which has a pure tone (i.e. single frequency) and a decaying amplitude. Frequencies of the quasi-normal modes are independent of the nature of the perturbation and are fully characterised by the mass of the black hole. Irrespective of whether we perturb a black hole by throwing a pulse of gravitational radiation, electromagnetic radiation or broken television sets at it, the emitted quasi-normal modes will have the same frequencies. 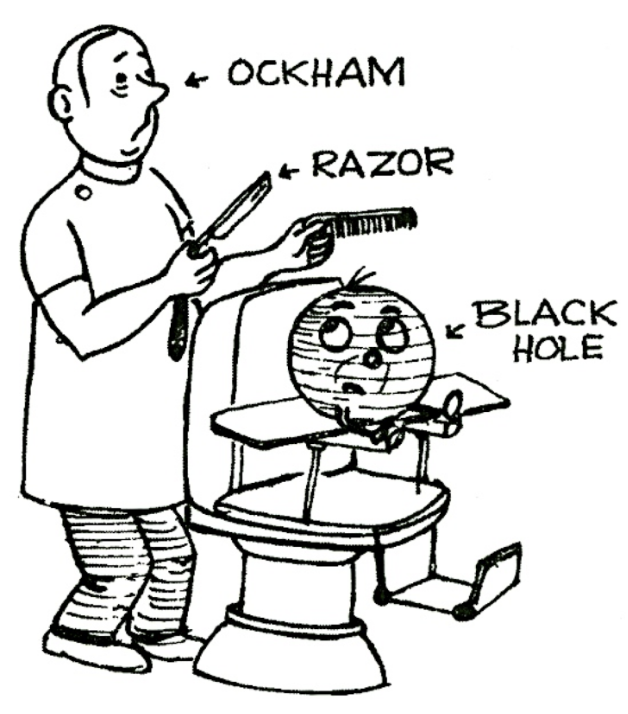 “The assertion that the black hole has no hair is probably the ultimate application of Ockham’s razor,” says C.V. Vishveshwara. Another of his cartoons depicts Ockham shaving the hair off a black hole using his razor. (Proc. of the ‘Einstein Centenary Symposium’ held at Ahmedabad in 1979, Ed. A R Prasanna et al. Wiley Eastern, 1980)

Vishu, as Vishveshwara was popularly known, inspired several generations of Indian physicists, especially relativists. Many internationally acclaimed Indian physicists testify to have been profoundly influenced by Vishu at some point in their career. The founding director and lifelong patron of the Jawaharlal Nehru Planetarium in Bengaluru, Vishu was deeply committed to the spread of scientific temper and knowledge among members of the civil society.

At the planetarium, he initiated a rigorous training program in physics for students from the city’s colleges. Several young students, who were trained through the Research Education Advancement Programme in Physical Sciences (REAP) that he initiated, are now prominent scientists in the country. A cartoonist par excellence, Vishu also had a remarkable sense of humour and a kind heart. He liked to call himself the “Quasimodo of black holes”, after the hunchback who rings the bell of the cathedral of Notre-Dame in Victor Hugo’s famous novel.

While his friends, colleagues and students mourn the loss of Vishu, they also celebrate his life and work.

Parameswaran Ajith is a physicist at the International Centre for Theoretical Sciences, Tata Institute of Fundamental Research, Bengaluru.