Despite the potential, India’s share of the global $400 billion space market is less than 0.01%. How can we accelerate the growth of a much-needed space start-up ecosystem? 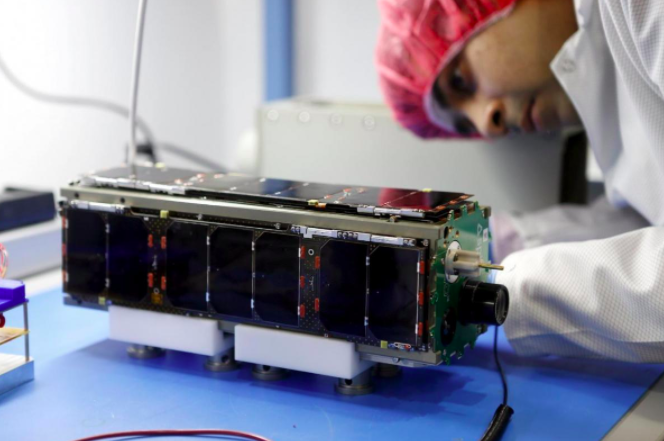 India needs to start building the blocks of a strong space startup ecosystem that can drive the development of a modern space-based economy. Credit: Reuters/Representative image

Believe it or not, today, there are over a thousand startups focusing on space around the world. Yet we only see a handful of startups emerge out of India even though we live in one of the only emerging global powers that has the ability to build, launch, operate and use satellites and rockets. With a network of possibly 500 small-and medium-scale enterprises (SMEs) supporting India’s space activities, the country’s share of these space startups is less than 1%.

The most notable startups in India today include TeamIndus (aiming to land a rover on the Moon as part of the Google Lunar XPrize), Astrome Technologies (developing satellite-based broadband) and Bellatrix Aerospace (developing thrusters with a vision to eventually develop their own launch vehicle). Apart from these, there are ventures that are using space data – such as SatSure – or developing services around education – such as Rocketeers – to help develop the local space industry ecosystem in India.

The equation for retaining high-skilled jobs is pretty simple. If we cannot build a sustained and scalable space-based economy rallying around startups, we will not be able to support the retention of local-high skilled talent. After all, the Indian Space Research Organisation (ISRO) is limited by its budget and can only hire a few hundred engineers/scientists every year.

Unlike the ones in tech, space startups take anywhere between five and seven years to really mature into something valuable to the market and it is well recognised that investors need to be more patient towards their investments in space than others. Exits may easily take over ten years. To date, there is no institutional investor who has invested in space startups in India and the only participants so far in providing some support to startups are high-net-worth individuals who want to actively support the development of a local Indian space startup ecosystem.

Isn’t it strange that in a country that spends over a billion dollars in space activities every year, and can reach the extents of Moon and Mars, has no specific support programmes in its mission to encourage the incubation of startups? But then how did we have 125 firms participate in building space and ground systems used by ISRO?

The answer is quite simple. In the 1970s, there was a concerted effort under the then leadership of professor Satish Dhawan as the then chairman of ISRO to develop a private industry ecosystem in India via technology transfers.

A 2010 paper by Antrix Corporation talks about how technology transfer allowed SMEs in the country to gain critical knowledge on the development of space subsystems and materials such as solid propellants, battery cells, etc. ISRO assured buybacks from the SMEs that invested into the effort on meeting the organisation’s quality and reliability requirements.

This policy instituted development of an SME base that today supplies to missions such as Mangalyaan. Such encouragement has also made way for tremendous developments in spin-off benefits by the technology created for space being used on the ground in other allied industries. Examples include using dry powders for extinguishing fires, use of automatic weather stations, etc.

Therefore, the foundation laid back then has led to ISRO trusting the local Indian industry in the development of its recent navigation satellite via a private industry consortium and charting a roadmap to develop its Polar Satellite Launch Vehicle (PSLV) via an industry joint venture by 2020.

The question is: how can we accelerate the development of a space start-up ecosystem in India? How can we re-create steps taken in the 1970s to build an SME base in order to create a ‘Space 2.0’ where home-grown Indian space startups backed by ISRO’s support can not only cater to requirements within the country but can start competing globally?

Not to forget, the market within India itself is virginal for many space-based services today. For example, satellite-based broadband can provide connectivity to a potential 750 million users in rural India who to date remain unconnected. This in itself is a multi-billion-dollar market that has the potential to be tapped.

In an attempt to encourage space startups post Brexit, the UK has invested in the development of 15 space startup clusters and plans to grow its space industry to control 10% of the global market by 2030. Similarly, France has invested into building Aerospace Valley in Toulouse. It has been positioned as a competitiveness cluster for aeronautics, space and embedded systems which today employs 1,24,000, striving to create an ambitious 35-40,000 new jobs by the year 2025.

Even a country like China – which has traditionally operated in an all government fashion – has formally announced it would allow private companies to build and launch satellites in 2014, unleashing a flood of Chinese entrepreneurs looking to tap into the $400 billion global satellite industry. This has led to several Chinese companies raising startup investments in the millions to compete globally. Link Space recently unveiled a design for a reusable rocket and wants to be able to compete with the likes of Elon Musk’s SpaceX.

From an Indian space startup ecosystem development perspective, we already have technical excellence centres of ISRO in production of spacecraft (ISAC in Bangalore), technologies for launch (VSSC and LPSC in Trivandrum), key payload development capabilities (SAC Ahmedabad) and space data applications (NRSC in Hyderabad), which can be utilised as launch pads to support kicking off space startups.

By creating an incubation programme, startup ideas that are complementary to ISRO’s roadmap of technologies and capabilities can be encouraged so that we catalyse the space-based technology and services creation in the country. A template based on a mix of practices by ESA (such as the creation of Business Incubation Centers around ESA technical centres), NASA’s funding practices of choosing based on the pool of ideas submitted under the SBIR can be adopted by ISRO to catalyse India’s space start-up ecosystem. The participation of ISRO in encouraging space startups will provide confidence to local institutional and foreign investors to add fuel to fire.

Today, India’s share of the global $400 billion space market may be less than 0.01%. The most prominent space company out of India in the global space market today is the wholly-owned government of India company Antrix Corporation that has recent revenues of about $290 million. Development of a space startup ecosystem can further provide traction for initiatives such as Digital India, Make in India (programmes in which space sector has a big stake) and encourage local institutional investment, foreign direct investment, the creation of joint ventures, merger and acquisitions and public listings as the ecosystem matures.

India has a potential of creating a $10 billion+ independent space-based economy, employing 100,000+ high skilled engineers and scientists by 2025. For this to happen, India needs to consider putting together a space startup incubation programme as a building block of a strong space startup ecosystem that can drive the development of a modern space-based economy.