On the back of the Indian scientists' commitment, an advanced LIGO detector is due to be installed in India, and operationalised by 2023. 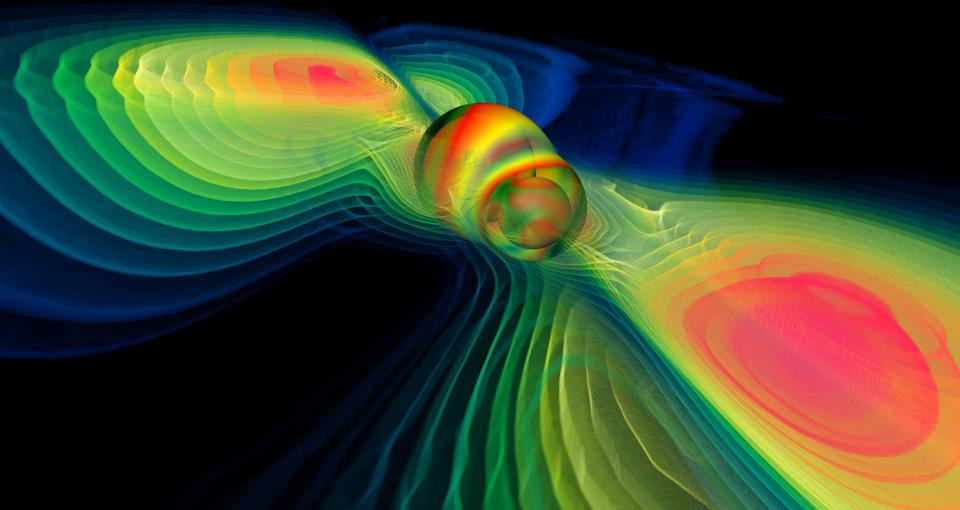 Numerical simulation of two merging black holes performed by the Albert Einstein Institute in Germany: what this rendition shows through colors is the degree of perturbation of the spacetime fabric, the so-called gravitational waves. Caption & credit: nasablueshirt/Flickr, CC BY 2.0

A Special Breakthrough Prize in fundamental physics has been awarded to a team of scientists working with the experiment called Laser Interferometer Gravitational wave Observatory (LIGO), which was responsible for the discovery of gravitational waves in September 2015. The Breakthrough Prizes have been awarded every year since 2012 for breakthroughs in mathematics, physics and the life sciences. Each prize comes with a purse of $3 million.

According to the Breakthrough Prize website, the laureates will all be recognised at a ceremony in fall 2016.

LIGO is maintained and operated by the international LIGO Scientific Collaboration (LSC), in all involving thousands of scientists and engineers. The special prize, however, will go to two subsets of the LSC. $1 million will be split between the three conceivers of LIGO – Kip Thorne, Ray Weiss and Ron Drever – while another $2 million will be shared by 1,012 scientists who helped discover the gravitational waves (just under Rs.1.32 lakh each). The second subset involves 37 researchers from around India, according to the International Centre for Theoretical Sciences (ICTS), Bengaluru. Seven of them belong to ICTS itself, including Bala Iyer, a notable veteran of gravitational physics research.

The discovery of gravitational waves, announced by the LSC on February 11 this year, came a century after Albert Einstein published the general theory of relativity that predicated them. The waves are minuscule distortions in the spacetime continuum passing through the universe at the speed of light. They were generated by the collision of two blackholes 1.3 billion lightyears away.

Since LIGO picked up on the distortions on September 14, 2015, scientists of the LSC laboured to eliminate all noise and errors that had crept into the measurements and ran multiple simulations to check if their data was indeed the real thing. The Indian section of the collaboration, drawing from nine institutions, was responsible for checking if the gravitational wave signals matched with theoretical projections and for calculating the physical properties of the colliding blackholes. And on the back of their commitment, an advanced LIGO detector is due to be installed in India, and operationalised by 2023.