A Method in the Madness: How Termites Build and Repair Their Mounds

“To our surprise we found that termites used all materials as long as they were able to walk and chew on them.” 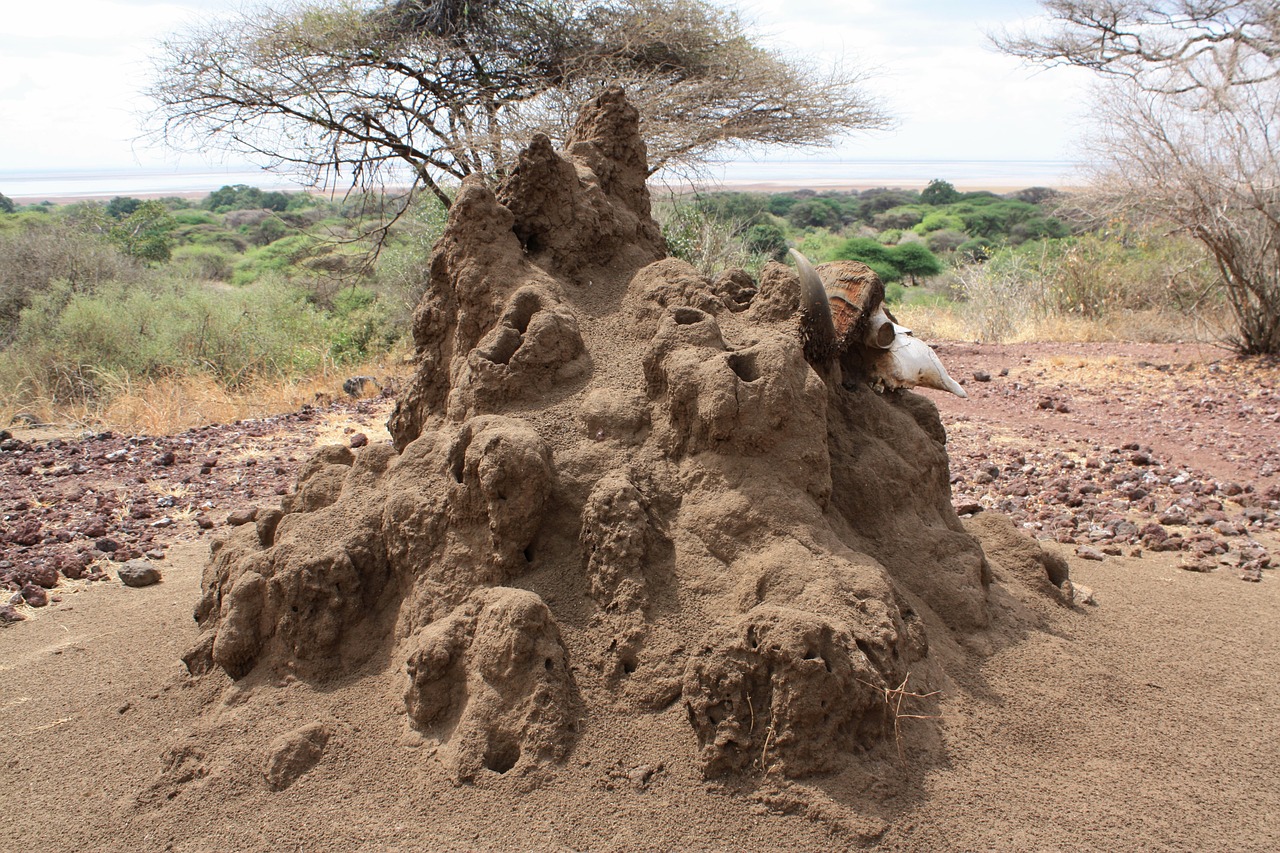 Bengaluru: Different animals build their homes differently and for varied purposes. Beavers build dams from logs of wood to access food. Woodpeckers drill holes in trees to lay eggs. And termites build mounds to protect themselves against the environment and predators.

Architects in a warming world have been inspired by such structures for the way they regulate temperature on the inside. Psychologists have analysed collective insect behaviour to glean insights about social interactions among humans. And designers have imagined efficient transport systems taking inspiration from birds. But very little is known about how the creatures decide which materials they’d like to build with.

In a recent study, scientists from  the Indian Institute of Science (IISc), Bengaluru, found out how a particular species of termite chooses certain materials to build its mounds with, and how it plans the logistics and the construction itself. The scientists also unearthed some evidence to discover that different members of a termite colony utilise two distinct building blocks to construct a mound. The physical properties of these blocks determines how the mound is erected and over how much time.

Termites are social insects. A termite colony is usually started by a male and a female. They reside in a safe cavern, known as the royal chamber, that lies a couple of feet underground and the female termite’s only responsibility is to only lay eggs. All other termites in the colony, then, are their offsprings. They are divided into different ‘castes’: workers and soldiers, with a clear division of labour between them. Workers carry out all the chores in a colony: collecting food from nearby plant material, taking care of the queen’s eggs, grooming her, growing a garden of fungus inside the mound and building the mound itself. Soldiers are responsible for defending the colony from intruders, such as predatory ants.

In one species of termites (Odontotermes obesus), which Nikita Zachariah, a doctoral student at IISc, studied, the workers come in two different sizes. The bigger ones were called major workers and the smaller ones, minor. O. obesus is found across India. These termites build castle-shaped buttressed mounds standing five or six feet tall.

“Termites build mounds by joining bricks just like we do to build houses,” Zachariah explained. The ‘bricks’ to the bugs are tiny rolled-up balls of soil. Many bricks joined together are called boluses. Termites make them by filling their mouths with moist soil and mixing it with their saliva, which acts as the cement for the mound. “Termites carry these boluses, one at a time, and deposit them at the construction site.”

Together with her advisor Renee Borges, Zachariah expected the difference in body and head sizes of the major and minor workers and the bricks they made to impact the eventual bolus size. To test this, the researchers, breached the walls of a mound occupied by termites. Whenever the worker termites sense a breach in the mound, they begin to repair it. Taking advantage of this, Zachariah placed needles on the mound wall and collected boluses that the workers deposited atop them while repairing the mound. The duo found that major workers made four-times more boluses than the minor workers by volume, indicating that differences in size determines the load they could carry.

In the natural world, termite workers encounter different kinds of materials. Soil and sand are granular. Root secretions are gummy. The plants’ leaves are fibrous.

Zachariah said, “We wanted to test if different kinds of materials determine how easy the termites found these materials to handle.” So she and Borges gave termites more than 20 options. The termites found granular materials red soil, sand, glass beads and crushed hydrogels easier to handle than materials that repelled water or were completely porous, like copper, paraffin wax, tissue paper, intact hydrogels and agar. The bugs also stayed away from materials that absorbed moisture, like salt, because it would dry their bodies up and kill them.

However, the termites didn’t particularly prefer one granular option over another. They also couldn’t work with smooth steel balls until the surfaces of the orbs were roughened. “To our surprise we found that termites used all materials as long as they were able to walk and chew on them,” said Zachariah. “They did have their personal favourites [but they] loved granular materials over others.”

Boluses out of crushed hydrogel were made faster than those with other materials. Between red and burnt soil, termites took almost twice as much time with burnt soil, likely because it is devoid of any organic matter. As a result, fewer burnt-soil boluses made their way into the construction than did red-soil boluses. The termites also preferred materials with some moisture in them as that helped cement the ‘bricks’ together better. So the amount of time taken to make boluses also has a say in termites’ preferred choice of material.

When the researchers breached a mound, they also recorded some peculiar behaviour: they found that major and minor workers repaired the breach working in tandem, in a coordinated manner. They think the termites do this by leaving chemical scents for others to follow, a mechanism known as stigmergy. Major workers would first deposit the bigger boluses and then minor workers would place their smaller boluses in between them. Thus, the workers repaired the breach by filling it from the edges and moving towards the centre. The researchers think this allows the mound to be repacked with greater efficiency and enhances its strength and stability.

Sanjay Sane, who works on the physics and neurobiology of insects at the National Centre for Biological Sciences, Bengaluru, told The Wire, “This study uses careful experimental approaches to show how termites can build these super-structures.” According to him, Zachariah and Borges have improved our understanding of how insects behave, and the new knowledge could cascade into newer inspirations for architecture and civil engineering. Sane was not involved with the study.

All termites need is usable materials, favourable climatic conditions, along with water, to build mounds. This can help predict the geographical distribution of mound-building termites and provide reasons why they will not be found in deserts or marshes.