While scientists struggle to study snow leopards to the same degree as other large cats like tigers, lions, and leopards have been studied, the terrain continues to frustrate them. 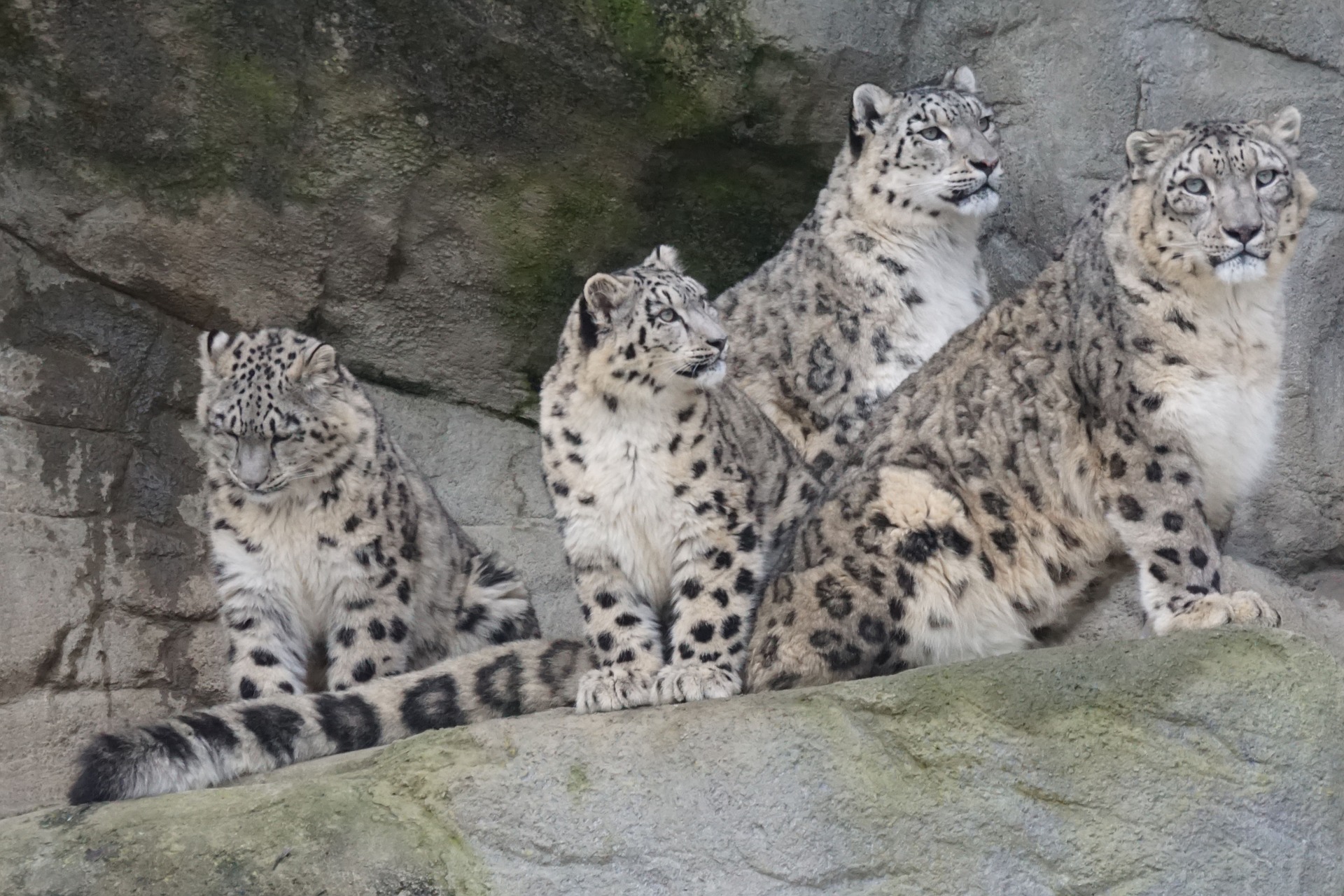 The terrain of snow leopard country has a third dimension that most other large cats cannot boast – the jagged mountain ranges of Central Asia. The cat’s ability to climb up and along cliff faces defeated scientific enquiry for decades. Only with the advance of technology have researchers been able to track these elusive felines in some of the remotest parts of the world. While snow leopards can crest mountains, the tallest peaks could hold them back. Would this containment create isolated populations that would evolve separately enough to be called subspecies? For more than two decades, researchers suspected the species wasn’t uniform from Kazakhstan to Mongolia to the eastern edges of Tibet.

So far researchers analysed differences between populations with the sparse material at hand – captive animals, research subjects, museum specimens, and animals killed by hunters. Curators of captive animal collections and museums knew little about the origins of the specimens in their holdings. So much of the available animals and pelts couldn’t be used. To track differences between populations, researchers need to examine several specimens across the species’ range. Otherwise, they could mistake individual exceptions to be the standard for the population, like this example below.

In 2000, D.G. Medvedev, an assistant professor of biology at the Irkutsk State Agricultural Academy, described a subspecies, uncia baikalensisromanii, from the Chita Province of Russia, north of the Mongolian border. Based on one skin, he said the snow leopards of this area were browner and darker than Central Asian ones. Similarly, others proposed subspecies from Nepal and Sikkim based on differences in coat colour.

The lack of comprehensive scrutiny led most researchers to ignore these subspecies. Now for the first time, a group of 25 biologists and geneticists investigated snow leopards across their range. They drew genetic material from the excreta of 70 animals recovered from five of 12 countries that make up snow leopard country. Using techniques perfected on two captive animals, the researchers designed species-specific primers to analyse DNA extracted from scats.

They found three populations were distinct from one another: one in the northern Altai region in Russia they christened Panthera uncia irbis; a central Himalayan-Tibetan subspecies, P. uncia uncioides; and a western subspecies in the Pamir and Karakoram, P. uncia uncia. The Gobi Desert and Alsham Plateau isolate irbis from the rest, and the trans-Himalaya cuts off uncia and uncioides from each other. In the recent special issue of Cat News, the publication of the IUCN Cat Specialist Group, 22 taxonomists published a review of Felidae, the cat family. They say the name Panthera uncia uncioides is not available for use as it doesn’t conform to the rules of the International Commission on Zoological Nomenclature, the body that regulates the naming of species. It’s likely the name for the snow leopards of the Himalaya and China may change to Panthera uncia schneideri.

The authors of the paper discovered that the species doesn’t show much genetic diversity, and no variation mars the mitochondrial DNA (mt DNA) that is inherited along the matrilineal line. This may require further investigation, or selection pressures of living in an oxygen-poor landscape may have driven this uniformity. Both conditions – low genetic variability and lack of any change in mtDNA – are symptomatic of a recent population bottleneck. About eight thousand years ago, rising temperatures, rainfall and the resulting march of forests towards higher altitudes transformed much of the species’s habitat, causing a severe decline in numbers. The current crop of snow leopards seems to be the progeny of a few.

“This is a great paper because it uses a high non-invasive sample size to provide the first glimpse of population structure in the charismatic snow leopard,” says Uma Ramakrishna, associate professor at the National Centre for Biological Sciences, Bengaluru. “The data are solid, extensive for a first study and the analyses are adequate and appropriate. The demographic decline analyses revealed a decline at the last glacial maxima. It’s surprising there was no signature, such as in tigers, of a more recent decline.”

Similar genetic studies of tigers in India show their decimation 200 years ago. As much as 98% of their historic numbers have disappeared. Does this lack of a recent fall in number mean snow leopards escaped human persecution? Or does the uniformity of the genetic material make it hard to unravel such fine details?

Watch: In Search Of Snow Leopards, The Elusive ‘Ghost Of The Mountains’

“Snow leopards likely did not suffer the habitat loss and massive persecution in the 1800s and early 1900s that tigers have had to deal with,” Jan Janecka, the lead author from Duquesne University, Pittsburgh, told The Wire. “Many of the populations are in very remote areas with very low human densities. They likely have not undergone as substantial population reduction globally as tigers and other species that live in lower elevation areas, forested, and savannahs that are ideal for agriculture and human development. I think to a large extent this likely has protected snow leopard populations, so the most significant bottleneck detected is the one that occurred 6,000 years ago, potentially linked to the warming period at that time.”

What are the implications for conservation of the species? The authors say connectivity between habitats, often straddling neighbouring countries, is necessary. If snow leopards show little genetic variation, further isolation can hurt their future viability. The Global Snow Leopard Ecosystems Programme (GSLEP), an intergovernmental effort to manage snow leopards headquartered in Bishkek, Kyrgyzstan, developed a landscape-based conservation management plan. How does the splitting of the species into three subspecies change its existing plans? 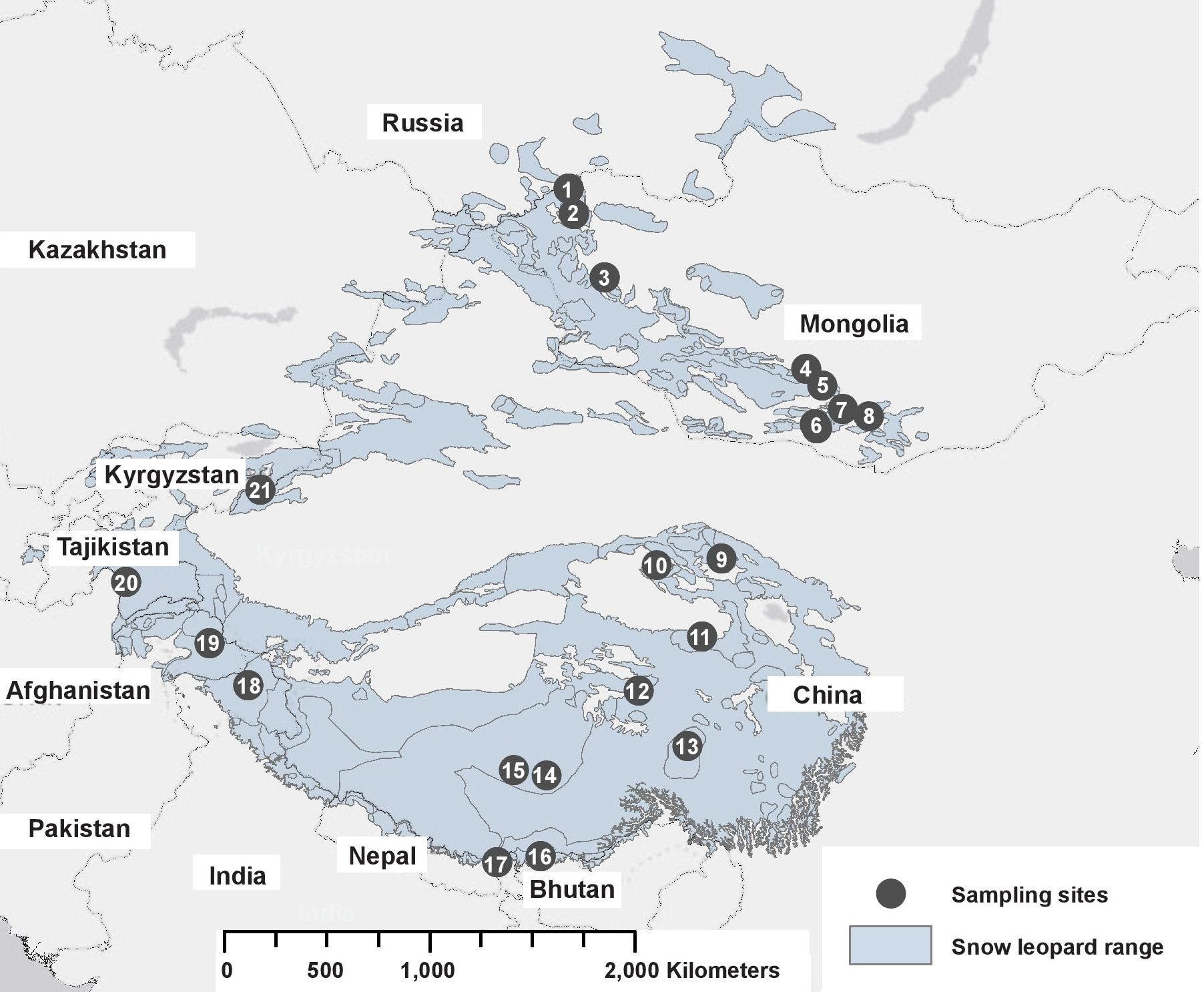 “GSLEP’s landscape-based approach under which the 23 identified landscapes have been identified to be secured includes areas covering the potential distributions of three proposed subspecies, but also areas that were not sampled in this study,” says Koustubh Sharma, the International Coordinator of GSLEP. “The focus has to strongly remain on addressing threats to the species as a whole.”

Low densities of prey animals, conflict-related retaliatory killing, illegal trade in their parts, climate change and the transformation of their land for infrastructure projects are some of the main threats to the species.

The authors also provide a preliminary population estimate for each subspecies: between 2,600 and 4,200 uncia individuals, between 1,100 and 2,500 uncioides, and 800 to 1,800 irbis. Currently, the species is categorised as ‘Endangered’ by the IUCN Red List. With the splitting of the species, each subspecies needs to be assessed afresh, they say. And this would require a huge effort, says Sharma. “It is noteworthy that currently less than 2% of the known snow leopard range has ever been sampled systematically using scientifically robust techniques such as camera trapping or analysis of faecal genetics.”

“Because there is little connectivity between these subspecies, the global snow leopard conservation efforts should be divided into these three groups,” says Janecka. “There needs to be plans to maintain connectivity within each of the subspecies, and not try to connect areas that did not have much historic exchange. For example, it is critical to protect corridors between Nepal, India, and China, instead of trying to link northern China with southern Mongolia, an area where our data clearly shows that there is no natural movement.”

“There is a need for further information on these barriers, especially between the western and northern populations,” says John Linnell, a senior scientist at the Norwegian Institute for Nature Research. “There was a wide area on the Kazakhstan-Chinese border, and the mountains of north-west China that were not covered by this study. In fact, the study underlines just how much survey work is needed in China – especially on the Tibetan plateau.” Neither Sharma nor Linnell were involved in the study.

While scientists struggle to study snow leopards to the same degree as other large cats like tigers, lions, and leopards have been studied, the terrain continues to frustrate them. But perhaps not for long.

The study was published in the Journal of Heredity on May 4, 2017.