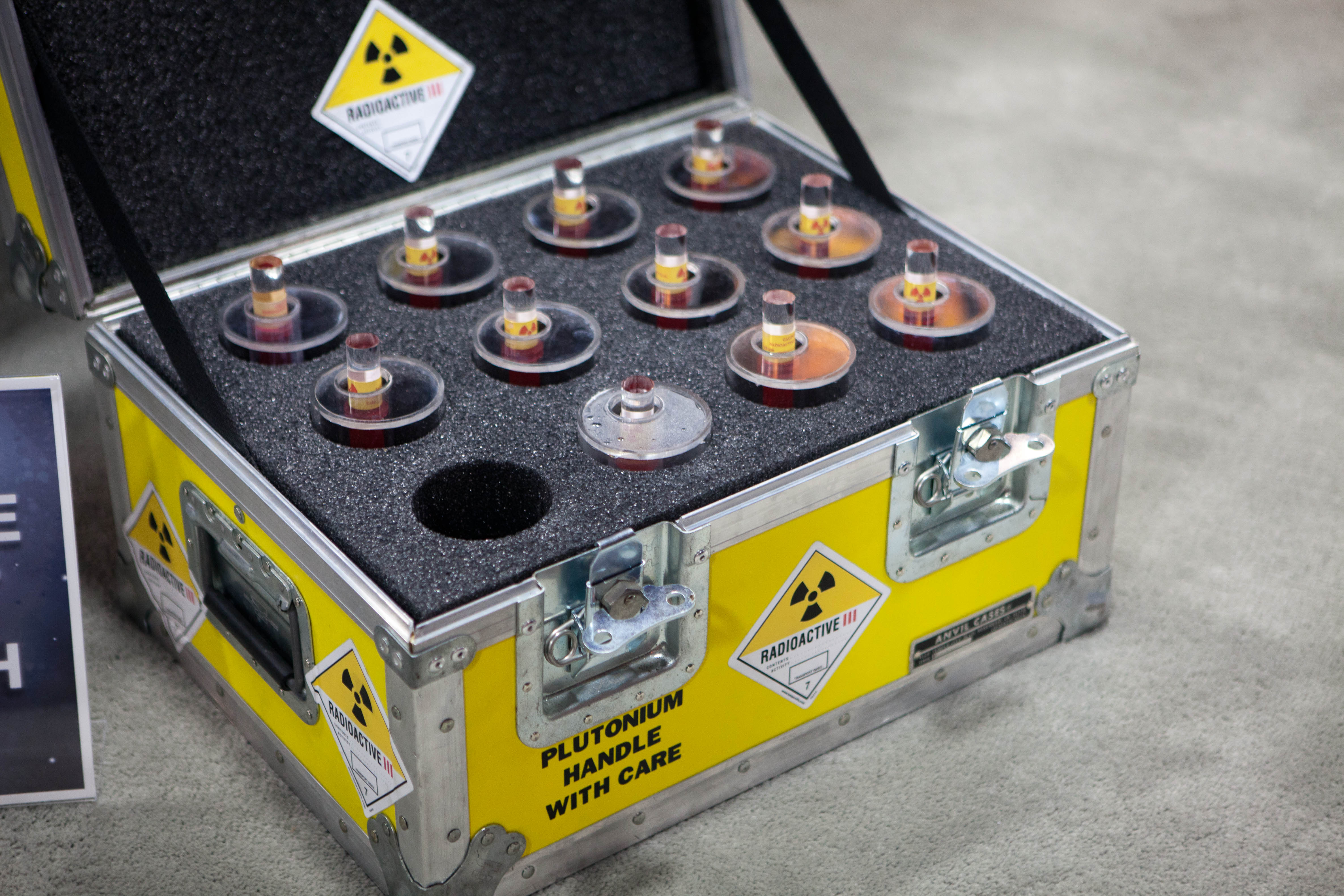 The first stars were made of hydrogen and helium. Fusion reactions in their cores then produced a lot of the other elements, as heavy as and upto iron. Exactly which ones depended on the size of the star – the larger the star, the heavier the elements it could produce in its core.

But the heaviest naturally occurring elements are thought to form not when a star is alive but when it begins to die. Specifically, in the explosion that results when a star weighing 8x to 20x our Sun dies, in a core-collapse supernova (cc-SNe). In this process, the star first implodes to some extent before being rebounded outward in a violent throwing-off of its outer layers. The atoms of lighter elements in these layers could capture free neutrons and transmutate into an atom of a heavier one, called the r-process.

The rebound occurs because, if the star’s core weighs less than about 5x our Sun (our entire Sun!), it doesn’t collapse into a blackhole but an intermediary state called a neutron star – a small and extremely dense ball composed almost entirely of neutrons. The material rebounds off the surface of the neutron star and back out.

Anyway, the expelled elements are dispersed through the interstellar medium, the region of space between stars. Therefrom, for example, they could become part of the ingredients of a new nebula or star, get picked up by passing comets or meteors, or eventually settle down on the surface of a distant planet. For example, the isotope of one such element – plutonium (Pu) – is found scattered among the sediments on the floor of Earth’s deepest seas: plutonium-244.

Or, a team of astrophysicists from the Hebrew University, Jerusalem, realised, was so much Pu-244 not being produced in the first place?

They set out to answer the questions with a hypothesis made in the 1970s: that Pu-244 could instead have formed during the merger of compact binary neutron stars – two neutron stars spinning in tight orbits around each other – an exotic event also thought to host the r-process. Calculations based on extant data suggest that each such merger produces more Pu-244 than a single cc-SNe. However, the frequency with which the mergers happen in the Milky Way is relatively low (one-third as often as cc-SNe do).

The team was able to corroborate its findings by comparing it to the abundance of Pu-244 calculated using its rate of radioactive decay, the properties of its diffusion process and how the production rate could’ve changed over time.

What’s to say other kinds of rare processes didn’t produce the Pu-244 as well? According to Kenta Hotokezaka, a post-doctoral fellow at the Hebrew University and one of the researchers, the chemical evolution and abundance patterns of actinides, the group of elements to which plutonium belongs, are each consistent to the effect that they seem to originate from a single, distinct source. However, a direct proof remains wanting.

Further, the study’s conclusion is also hinged on one big assumption: that there isn’t something out there suppressing the amount of Pu-244 reaching Earth from cc-SNe. The study was published in the journal Nature Physics on December 1, 2015.

Neutron star mergers are of especial interest to people studying experimental techniques to verify Albert Einstein’s general theory of relativity (which turned 100 this year). The theory predicted that the distance between two neutrons spinning around each other (a binary) would shrink over time as the system lost gravitational energy. Such an event was first observed and interpreted for its true significance in 1974.

And when the neutron stars collide, Einstein predicted the resulting release of gravitational energy would send out ripples in the fabric of spacetime called gravitational waves. Such waves are yet to be directly observed, though detectors like Advanced LIGO and KAGRA (and a future version of the just-released LISA-Pathfinder) are out to detect them.

Hotokezaka and his colleagues conclude in their paper that, given the abundance of Pu-244 on Earth and in the interstellar medium over time, the expected detection rate of such mergers would be at most 30/year based on where the detectors will be pointing. “In addition, we expect that a bright optical-infrared mini-supernova should be associated with gravitational-wave merger events and it will be observable,” Hotokezaka added in an email.

Understanding these processes is crucial to understanding the sources of all matter in the universe – and the source of life. We are made only of the ejecta of stars that came before us. If the ejecta had been any bit different, we wouldn’t be here. This elemental accounting process, to catalogue and to describe where each bit of Earth could’ve come from to the best of our abilities, has become more rigorous and exacting as we’ve been able to inch closer to answering the question of how life on Earth came to be.