An individual scorpion can change its internal physiology in response to what it is experiencing in its environment – and concoct a deadlier sting. 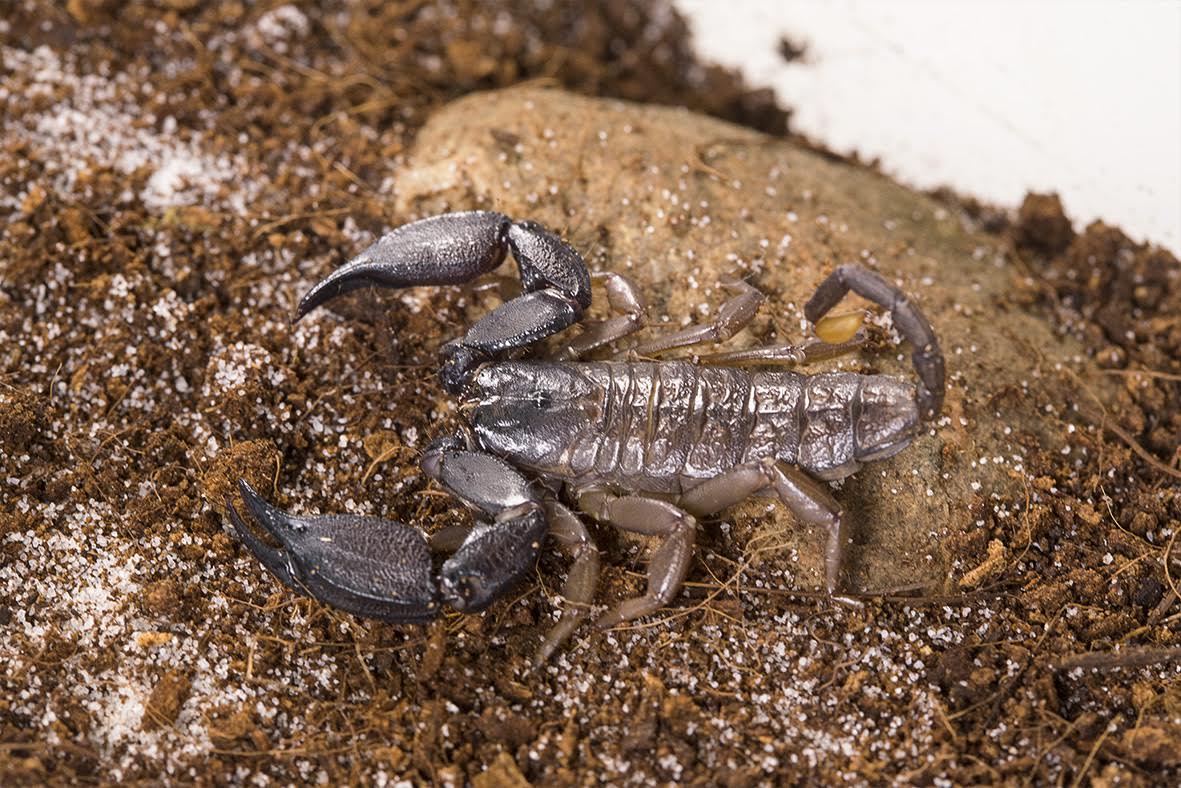 Scorpions, like many other venomous creatures, use venom to overpower prey and ward off their enemies. Although most scorpions eat insects and spiders, mammals have a lot of fear from their stings. Stings of most species are not life-threatening to humans, but they can be painful or cause numbness and swelling at the site. In severe cases, patients can have difficulty breathing, high blood pressure, involuntary muscle twitching and nausea. Why do invertebrate-eating creatures have such a dramatic effect on mammals such as humans? After all the physiology of insects and mammals are different. How does scorpion venom manage to bring grief to predator and prey?

Scorpions grasp their prey with their pincers called pedipalps and inject venom with stingers on the tips of their long tails. The venom, a mixture of toxins and non-toxins, attacks the nervous system. Every species makes its own particular concoction.

If they inject venom made for vertebrates into their invertebrate prey, they could lose. Similarly, toxins that would paralyse insects may not work with mammal predators. Since scorpions produce and store venom in one reservoir and have only one stinger to deliver it, they cannot have two different types of venom: one for insect prey and another for mammalian predator. How do they make sure they have the right mixture of toxins to capture prey that would also effectively threaten predators? Do they change the composition of venom depending on their needs? If so, how do they decide what toxins to make and what to leave?

Cone snails inject toxins that paralyse their predators like crabs. But the toxins they shoot into prey like worms or fish don’t have any paralysing toxins. They can switch between these two kinds of venoms in real time as the need arises. Researchers say different parts of the venom gland synthesise these toxins and the stimulus determines from where the marine snails draw their venom. This was a landmark study.

Until then, researchers thought individual venomous creatures didn’t have control over their venom composition. Generally, genetics plays a role in the kind of venom every species generates. Cobras produce neurotoxic venom, while saw-scaled vipers rely on hemotoxic venom. While inherited genes offer the template, the diet of individual snakes can change their venom composition. The snakes that are a public health hazard are usually rodent-eaters and their venom is potent against humans. But this is not the case with scorpions that eat insects and fear mammals.

Do scorpions, like cone snails, produce different venoms depending on their target?

Researchers at James Cook University, Australia, from different disciplines including specialists in plants, insects, and biochemistry collaborated in answering this question.

“It took a lot of tears and dead-ends to find the method that was best at teasing those rich venom profiles you see in the paper. There’s already a lot of work out there looking at how plants will pump their leaves full of a chemical defence once they started getting munched on by a herbivore – they’re the classic example of an induced chemical defence. So there’s a strong link in the theory.” Alex Gangur, the lead researcher now at Coventry University, UK, explained the collaboration to The Wire.

The researchers brought a few Australian rainforest scorpions (Liocheles waigiensis) found in the forests of Queensland to their laboratory for testing. These 7-cm-long invertebrates have enormous pincers and their venom is said to be mild.

“Liocheles waigiensis was a good pick for a few reasons,” says Gangur. “It’s easily found in the wild and copes well in a laboratory environment. But it was really some wonderful work by an earlier researcher, Isarena Schneider, that paved the way. Using a coarser separation of the venom, she already found separate predator- and prey-specific components. This gave us a solid starting point to see how the venom would respond when we changed how the animal interacted with predators and prey.” Schneider’s thesis on this scorpion’s venom is not accessible.

Soon after the scorpions settled into their containers, the researchers extracted venom from them before conducting their experiment. The venom compositions were generally similar. 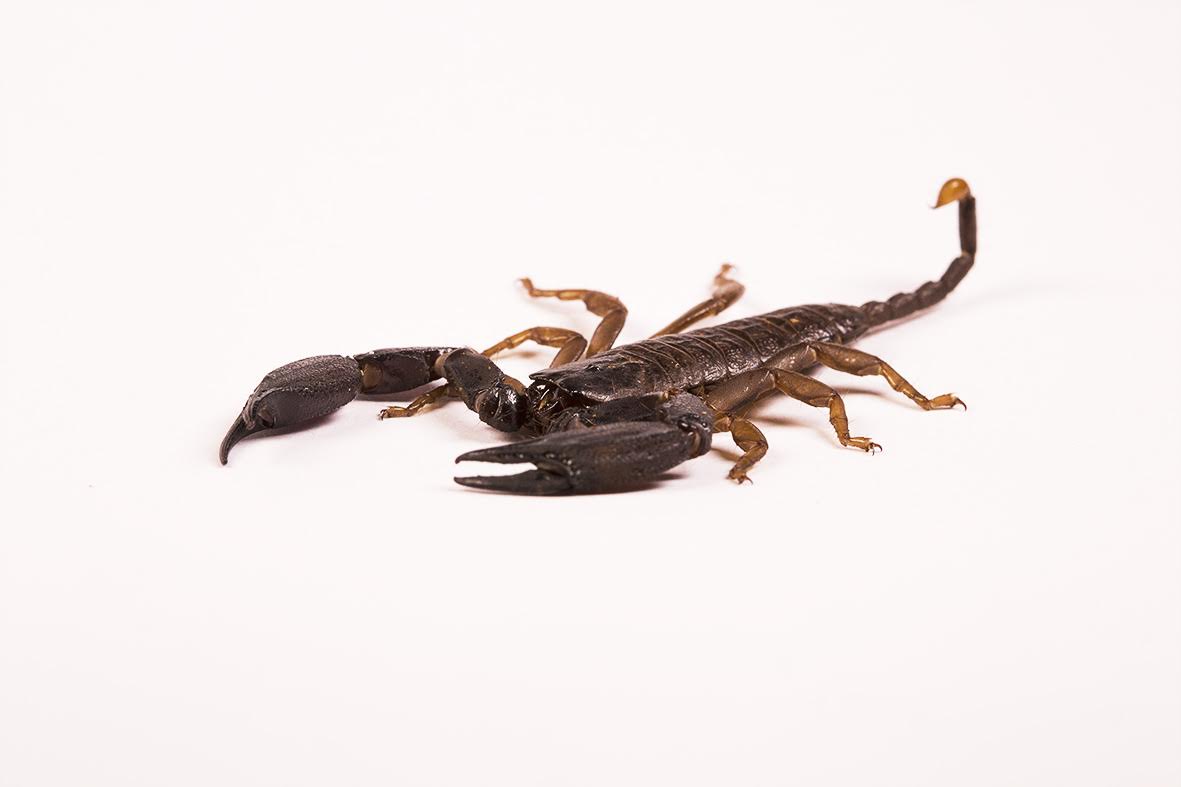 But the profile of their venoms changed after six weeks. In that time, three times each week, the researchers provoked some scorpions with a stuffed mouse that they manipulated with a wire. In the wild, these invertebrates live in terror of small rodent-sized mammals. The captive ones didn’t suspect the mouse poking them was stuffed and harmless. The 30-second encounter made them defensive, and they stung it repeatedly. The researchers left the other scorpions alone, merely opening their containers for 30 seconds and closing them. After a week’s break, they analysed the venom of all the scorpions again.

In stressed scorpions, the components that are virulent against mammals increased and those that attack insects decreased.

The authors say this is the first study to show that scorpions can tweak the defensive function of venom in response to ecological demands.

“The study provides strong evidence that scorpions can change the composition of their venom to suit their environment,” says Andrew Walker, a postdoctoral fellow at University of Queensland, Australia. “This is also what you would expect from a theoretical point of view, but it is quite a hard thing to measure. Individual scorpions, even of the same species and population, will have different venom compositions, and we don’t really know why. What this paper shows is that some of this variability represents phenotypic plasticity – the ability of an individual scorpion to change its internal physiology in response to what it is experiencing in its environment.” Walker wasn’t involved with the study.

Gangur and his colleagues tested the toxicity of the scorpion toxins on human cardiac cells and crickets. Although they tried using other types such as liver cells, Gangur says they chose to use cardiac cells because Schneider had found evidence of cardiac-specific components in the scorpion’s venom.

“This is an established and robust way of measuring cell viability, but it is also very general and is unlikely to capture the numerous specific effects that we know scorpion toxins have on many specific molecules within the nervous system,” says Walker.

Surprisingly, some toxins didn’t affect the human cells. The researchers speculate these may cause pain or may act in combination with other toxins to attack mammal cells.

The researchers fed some scorpions live crickets and others dead ones. Scorpions don’t need venom to overpower dead prey. Since producing lethal protein-rich toxins can be costly, the researchers expected the invertebrates to reduce the toxicity of insect-targeting toxins since they have no use for it. Unexpectedly, the scorpions didn’t lessen the toxicity of insect-targeting toxins even when they fed on dead crickets.

The researchers suggest various reasons for this. Perhaps dead and live crickets are reasonably similar enough not to trigger a change in the venom profile. Or it takes a long time for venom composition to change in response to dead prey. Alternatively, the scorpions didn’t take any chances, continuing to produce highly toxic venom in case the need arose in future.

“However, the real proof of the pudding is still missing,” says Wolfgang Wüster, a senior lecturer at Bangor University, UK. “Scorpions inject whole venom, not individual toxins. So is the whole venom from scorpions subjected to predators more toxic to vertebrate predators and less toxic to prey than the venom of unstressed scorpions? Until we have an answer to that, it will be difficult to answer the question whether this is an intriguing physiological effect of stress without real functional significance, or a genuinely adaptive trait that enhances the scorpion’s survival.” Wüster wasn’t involved in the study. 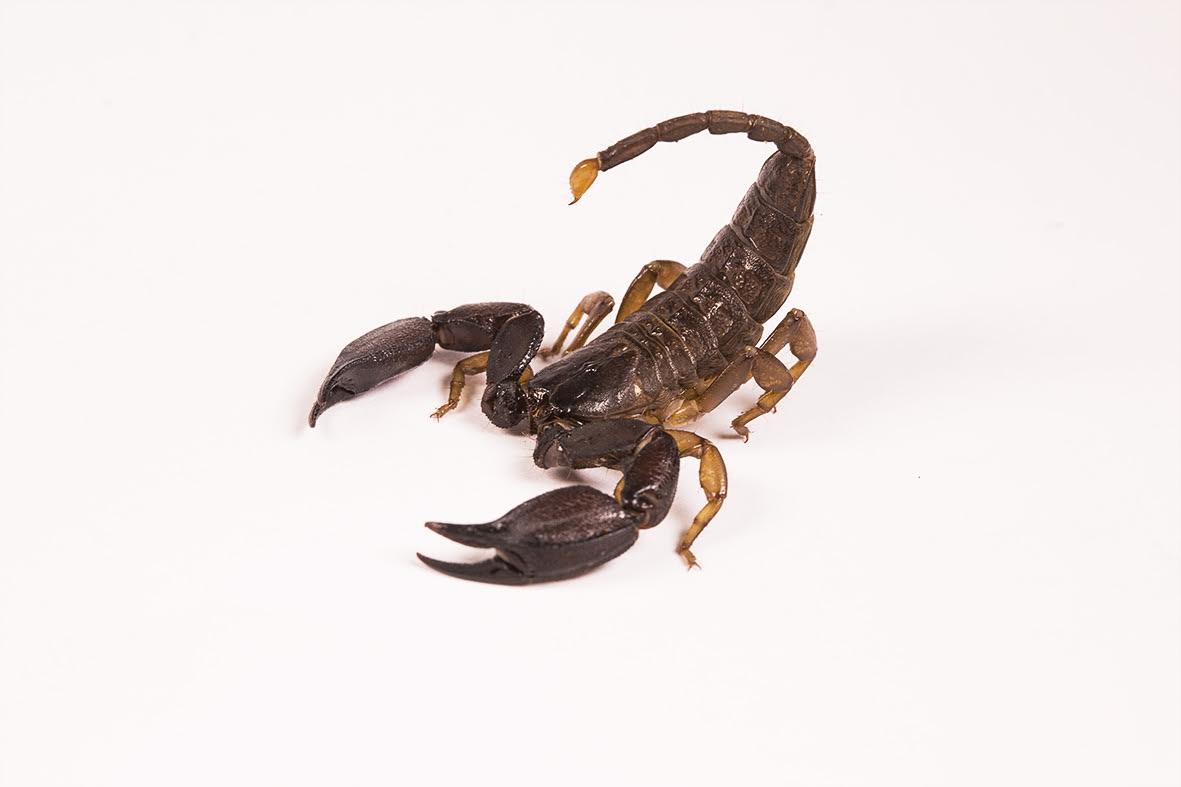 If scorpions seem to change the chemical composition of their venom, are other venomous creatures such as snakes that have a great impact on human health capable of manipulating their venom?

“Absolutely, the same theory that motivated our study applies to all venomous animals,” says Gangur. “We’d generally expect to see plasticity in venomous animals that encounter their predators in a variable kind of way. Perhaps their predator is more abundant in the environment seasonally, for example. That’s when it makes sense to tailor your venom to suit your surroundings, so you can use it more efficiently.”

But Wüster is more cautious. “Hard to be sure at this stage,” he said. “In cone snails, the use of separate defensive and offensive venoms has been clearly demonstrated. In snakes, most of the evidence says that diet, at least, does not directly influence venom composition in real time, but predation has not been tried. It would certainly be worth looking at that. The same applies in spiders, which have become extremely good models for testing hypotheses on venom optimisation.”

Walker explains every species and every venomous group has a different ecology and a different evolutionary history. “So while it would not be surprising to find that other animals do the same thing, the evidence is just not there yet.”

The implications of a venomous creature changing the toxins are manifold. “The environment that an animal exists in is constantly changing – climate change, for example, will drive familiar predators away, usher new predators into the territories of venom-users, and change how often venom-users run into their predators,” says Gangur. “Understanding how organisms can adapt to this kind of change is important to understanding if and how they can cope. Our result has important human health implications too, suggesting how we might be able to improve antivenoms.”

In future, the researchers suggest studying the venom response to a range of creatures, not restricted to rodents and insects.

“Which specific toxins change, and what exactly do they biochemically do? Is our hypothesis right – do we see this happening in other venomous animals? In what contexts? What are the limits to this kind of plasticity? Why exactly didn’t we see the same kind of response to different prey?” Gangur flags these questions for future research endeavours.

The study was published in the journal Proceedings of the Royal Society B on September 27, 2017.