If Science Must Be a Self-Correcting Search for Truth, So Should Its Communication

There is an onus on all of us to have a stake in the scientific enterprise, understand its philosophy and practice and see how well it may be put to use, to make us more prosperous and knowledgeable. 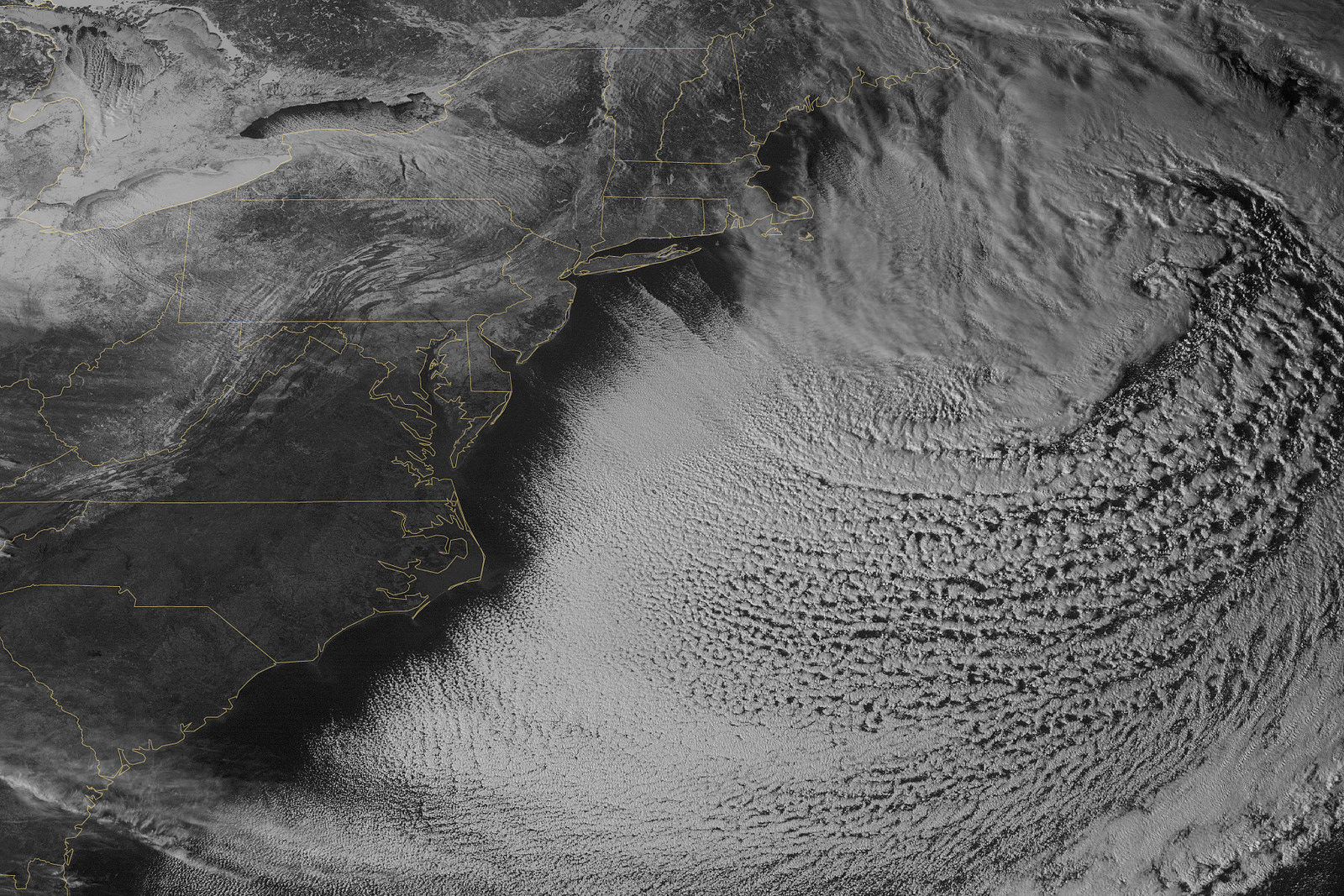 A winter storm over the northeastern portion of the US in February 2015. Credit: gsfc/Flickr, CC BY 2.0

There is an onus on all of us to have a stake in the scientific enterprise, understand its philosophy and practice and see how well it may be put to use, to make us more prosperous and knowledgeable. A winter storm over the northeastern portion of the US in February 2015. Credit: gsfc/Flickr, CC BY 2.0

“Only a revival of interest in these riddles (of man’s knowledge of the world) can save the sciences and philosophy from narrow specialisation and from an obscurantist faith in the expert’s special skill”
– Karl Popper, The Logic of Scientific Discovery, 1959

“(To honour science and its representatives is) the duty of those who rule over them, of kings and princes. For they alone could free the minds of scholars from the daily anxieties for the necessities of life, and stimulate their energies to earn more fame and favour, the yearning for which is the pith and marrow of human nature”
– Alberuni (c. 1030 CE), translated by Edward Sachau, 1888

Science is an indelible part of our lives. It is a cliche that a lot of things we use in our everyday lives are products of modern science and its development into technology. Many believe that science and scientific reasoning is the only way to make our lives better. That may be an extreme view but there is no denying the fact that science has potentiated the development that we have come to take for granted, and in moderation has encouraged sustainable development. That puts the onus on all of us to have a stake in the scientific enterprise, understand its philosophy and practice and see how well it may be put to use, either in tangible economic terms or in terms of satiating curiosity. This is of greater importance in a democracy where every individual has the right to influence policy, even if in an infinitesimally small way.

What is science? Let us define science as one way of acquiring knowledge. What is knowledge? Many philosophers over several centuries and even millennia have debated this question, which assumes particular importance today, when many of us have access to a surfeit of reading, listening and viewing material on the internet, all purporting to teach us something or the other. We may condense our understanding of what constitutes knowledge into the following: we learn something about the world around us by a combination of sensory experience and theorising based on sound foundations.

In the sciences, we would define sensory experience as experimentation and would require that the foundations on which a theory is based itself be knowledge acquired either by experimentation or via previously established theories. Experiments and theories often include assumptions and it is good scientific practice to declare these and justify them where possible. One could argue that all knowledge is context-dependent and probabilistic. Context-dependent in the sense that some scientific statements hold true only when certain other conditions are met. Probabilistic in the sense that accumulation of more evidence in favour of a certain thesis only brings us closer and closer to the truth if truth itself may never be attained. In other words, a single piece of strong counter evidence that falsifies the thesis can never be discounted. In Karl Popper’s view, being amenable to falsification is what defines science and distinguishes it from ‘non-science’.

Thus, science, across disciplines, searches for truth. Scientists explore a plethora of techniques and – as famously argued by the rebellious philosopher Paul Feyerabend – are often anarchic in their choices of methods and interpretations (Against Method, 4th ed., 2010). Anarchy is not bad and, when defined as “anything goes” or as the anti-thesis of a dogmatic scientific method, permits creative yet rigorous explorations occasionally resulting in transformative science. Scientists are humans and their susceptibility to the pitfalls of the nature of their species, including the search for “fame and favour”, may at times be the driver behind the anarchy that underlies Feyerabend’s view of science.

The search for truth involves the accumulation of scientific evidence for or against a statement. Science benchmarks itself by the quality and rigour of the experimental and theoretical techniques that it uses in its thirst for evidence. It is forever open to correction and it is believed that it is self-correcting. Different fields of science have their own benchmarks for quality and it might be that the positions of these benchmarks are defined by how rich a field is.

Quality and richness are described by the relevance of the techniques used by the scientist to address a particular question, as well as the ‘resolution’ offered by the techniques that she adopts. The history of genetics (Raphael Falk, Genetic Analysis, 2009) offers us an illustrative glimpse into the evolution (no pun intended) of the field towards better resolution, if not greater relevance to the broad question of inheritance (of genetically encoded traits from one generation to the next) that the field addresses.

The issue of genetic inheritance was famously addressed by the European monk Gregor Mendel in the mid-nineteenth century.  In fact, his work was published in 1866, 150 years ago. He performed breeding experiments with pea plants. In these experiments, he crossed plants carrying certain observable properties such as yellow coloured peas with those displaying different properties, such as green coloured peas. Then he observed the properties of their progeny over a few generations.

Based on these coarse-grained external manifestations of the complex genetic and biochemical machinery that plants possess, Mendel developed an influential theory of inheritance. Prior ideas of inheritance had posited that progeny would “blend” the traits of their parents: this would have predicted that if yellow pea-bearing and green pea-bearing plants were crossed, the progeny would have a colour somewhere between yellow and green. Mendel’s systematic experimentation showed that inheritance is ‘particulate’, i.e. the progeny were yellow or green and always in a certain ratio. Charles Darwin’s work from the same period developed the profound theory of evolution based on observations of external characteristics of birds and animals.

These early research works, the original text of some of which including Darwin’s Origin of Species have even reached the popular press today, would be eminently comprehensible to the lay, literate reader. These were landmark pieces of research that transformed our understanding of genetic inheritance. But they were also of a low ‘resolution’, in having little to say about what the nature of the genetic material might be and how the information that is encoded there is reflected in observable characteristics.

Fast forward to the present day, quickly glimpsing the immense strides we have taken in genetics and biochemistry including the identification of DNA as the genetic material, the elucidation of its molecular structure, the sequencing of genomes of every conceivable organism under the sun and shadows, our ability to biochemically tease apart the most subtle function of all manner of proteins and other cellular molecules. We find that genetics now operates at a rather ‘high resolution’, filling in large and small gaps in our understanding of genetic inheritance and evolution at a deeply mechanistic level, but is rapidly becoming incomprehensible even to a scientifically literate audience.

A visible face of science

Scientific publishing in the biological sciences is in the middle of a revolution. Open access is the deal today, making scientific papers freely accessible to everyone who can get onto the internet. This is a small subset of the verbiage that the internet is today, but one that is believed to disseminate evidence-based and not ideology-driven information. However, access to this information, unfortunately does not necessarily imply its assimilation. Increasing specialisation, a natural corollary of increasing resolution of scientific experiments, and the non-negotiable pressure on a scientist to communicate this with jargon-filled precision to a rapidly narrowing cone of fellow scientists, means that a large section of the promise of Open access to reach out to everyone remains unfulfilled.

To the lay literate audience, the most visible face of science is that reflected by the annual Nobel Prizes. To the scientist in me, this is another reflection of increasing specialisation. While one would rarely argue against the importance of work that received the Nobel in medicine fifty years ago, even many professional biologists today may only be vaguely familiar – if at all – with the work that wins the prize today. Not because the work was not seminal but because biology is so specialised, and each specialisation lives within its own well with only a limited view of its neighbouring wells. Hence the proliferation of large, collaborative pieces of work that bring together experts in diverse approaches into a single well – a practice which may not win too many Nobel Prizes in medicine today but may be the norm in the years ahead.

Yet another source of information on science for the general public are the newspapers and popular magazines. Unfortunately, in most such venues in India, the coverage is abysmally sensationalist and does not give due importance to the process that went into finding that X causes cancer or that Y is a cure to Parkinson’s. Then again, recent developments have been encouraging. The magazine Down to Earth has for many years covered science to a standard well above the average for our press. The Wire has admirably committed to communicating science in a balanced way to the public. Fountain Ink, the Chennai-based magazine for long-form writing, regularly carries detailed and beautifully presented content on science and medicine.

Even as we clamour for a greater say in things that matter, and realise that an informed say is better than an emotional one, we need to take the initiative to understand the process and outcomes of science and scientific thought. And in light of the increasing specialisation of the professional scientific literature, scientific communication of a high standard in the popular press requires urgent and pressing attention.