'Why Does Science Communication Excite Me?'

A science communicator explains how the most challenging aspect of the subject is getting the audience interested as the tag ​“science” itself puts off many readers who assume that scientific texts are difficult to read. 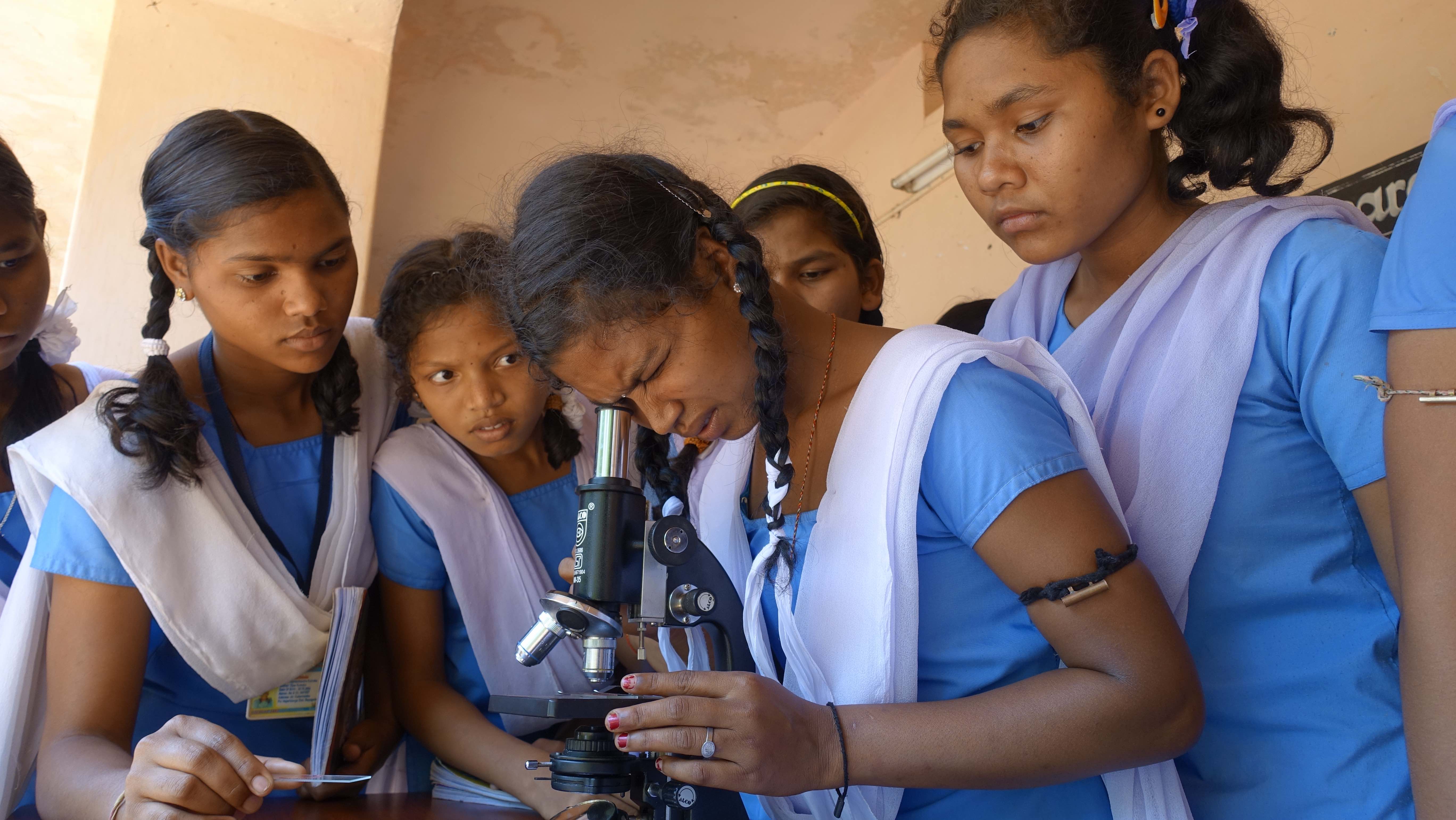 If I think about how I became a science communicator, I find that it is a full circle. Popular science got me interested in science, and science pushed me to communicate with others. As a child, I had dreams of serving society as a touring doctor and building a new nation, but that was not to be. When I look back at my journey, sometimes I wonder how I managed to reach here despite the poverty at home and my resource starved hometown of Kollegal.

The answer, probably, is books. In school, because of my stunted stature, I was often a ​“play-thing” instead of a ​“play-mate” for my classmates. Bullied and frustrated, I took shelter in reading. Not that there were many books around – the school library was half an almirah! But one of those books, Nakshatra Loka, kindled my imagination. I still remember the first sentence: ​“Look at the sky. There are billions of twinkling stars, each billions of kilometres away from another. Now imagine how vast the universe could be!”

Even though I was barely ten-years-old at the time, these sentences awakened my love for science. It was only as a grown-up, and as a science communicator, that I found that the book was written by Sri R. L. Anantharamaiah, a pioneering science writer in Kannada, and father of the legendary aeronautics engineer-scientist Roddam Narasimha.

My imagination ran riot, even when watching movies. Those were the days of mythological movies in Kannada. Once, when I was in the third standard, I watched Dashavataram, a Telugu movie. That night I couldn’t sleep. What will happen to us, I wondered, if the Earth, as shown in the movie, goes under the ocean? Would we all die? What would happen to the people on the other side of the Earth? I asked my parents, my teachers, even lost several nights of sleep. There was no answer. In fact, I wouldn’t find one until several years had passed.

My next encounter with popular science took place while I was an undergraduate. Enrolled in a small college in a remote town where postings were seen as a punishment, we had no option but to study by ourselves. But whether it was taught in class or imbibed via self-study, taxonomy was equally boring.

It was then that I came across BGL Swamy’s Sahitya Akademi award-winning book, ​Hasiru Honnu. Humour, literature and science were judiciously mixed in the book, actually making taxonomy enjoyable. I think it may be one of the very few popular science books that have received a literary prize in India.

The book made me ask: why can’t our teachers teach like Swamy? Why are our textbooks so boring? That was the beginning of my journey into reading popular science. I had a job as a part-time typist and spent all my earnings on buying more books and magazines. Incidentally, Kollegal used to get only one copy of Science Today every month, and that was reserved for me!

As a post-graduate student, I found it very difficult to find reading material in Kannada on evolution, genetics or molecular biology. It was a time when exciting things were happening in the fields of immunology and molecular biology. Monoclonal antibodies were in the news. Oncogenes had just been discovered. Stem-cells were a new concept.

But journals took at least 3 to 4 weeks to arrive at the library and as a result, we were the last to hear about any exciting discovery. That is when I decided to write, and write in Kannada, on every new topic which excited me. My first few articles were published as a student. And then there was no going back.

I kept on writing while I was doing research, and then finally took the plunge into full-time science communication. I wrote a weekly column on science for a Kannada newspaper for 16 long years. The idea was to write about the latest discoveries, for which I relied on peer-reviewed papers.

It has been over four decades since I began my journey in science communication. And it still excites me when I can explain a discovery to someone, one which I had myself found difficult to understand.

I am very vocal about the need for communicating science in non-English languages. It has been my experience that students from rural areas lack resources to update their knowledge. While things have changed now that the internet is pervasive, the language barrier remains. Even on the internet, Kannada resources are scanty.

I began a science blog in Kannada in the days of the dot-com boom. It was difficult to keep going due to technical issues such as lack of compatibility with fonts and software. Today Unicode has solved many of these issues. Besides, dissemination of information through social media, especially on messenger services like WhatsApp is not only rapid but also has high impact. They also provide an opportunity to interact directly with the audience.

Lately, I have begun distributing an audio magazine titled Janasuddi. It is a digest of science news in Kannada. About 30 minutes in length, each edition is distributed to around 2000 people directly through WhatsApp. These listeners then share it with their friends and family. The podcast is free and hence community radios in Karnataka re-broadcast the digest, thus taking the news to remote corners of the state.

The most challenging aspect of science communication is getting the audience interested. The tag ​“science” itself puts off many readers who assume that scientific texts are difficult to read. Besides, many such texts sound unnatural due to translation. It is also a fact that a substantial percentage of high school students have poor reading and writing skills.

I ventured into podcasting with these thoughts. And the rewards have been very precious. I chose audio because the tools to produce good quality audio are easily available and distribution is easy. I don’t have a studio, but can still get near studio-quality audio very easily. The low level of technical skill needed also means that the process can be inclusive. For example, listeners as far away as the US have provided audio for my podcasts. Listeners without any scientific background have volunteered to help in the production.

One of my listeners is an 80-year-old lady who sends voice messages (she can’t send text messages) after every episode. She listens to the podcast because that is the only means for her to get information. After listening to a translation of the Voyage of the Beagle by Charles Darwin, she asked me if that was true and if scientists really suffer such hardships to find answers.

Time for a change

For those who wish to start a project on science outreach in Indian languages, it is important to understand that text as a medium of communication is not as relevant any more. It can, at best, be a preparatory step. Blogs, newspapers, magazines etc. are not impactful as a well-made video or audio.

My experience is that a science communicator cannot now remain just a writer. He or she has to be a multimedia person, able to use all three modes – text, video and audio in synergy, and if possible, even venture towards non-traditional modes such as performing arts and illustrations.

The nuances of translation of scientific texts also need to be different. The focus must be the reader rather than the source text. Unless we shift our emphasis to effective communication rather than fidelity to the original text, Indian language science texts will not gain popularity.

I chose to be a generalist, as there is a dearth of writers or communicators in Kannada. Almost all popular science communicators in Kannada have been generalists though they usually prefer one subject over others. I choose to write on those topics that excite me, those I feel others should know about, and those which are basic to our understanding of the world. If it is a difficult topic, I take my time to understand it and then explain the same to a new audience.

Over the years, my presentation might have changed, but the conviction that communicating science in Indian languages is a necessity remains the same.

This article was first published in IndiaBioscience. Read the original here.