Particles called gluons are responsible for mediating the strong nuclear force, a fundamental force of nature. But one of their properties complicates this picture profusely. 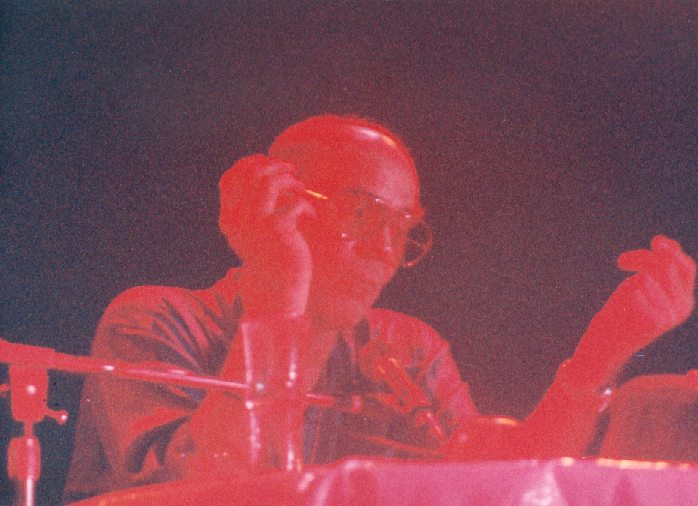 One of the more fascinating bits of high-energy physics is the branch of physics called quantum chromodynamics (QCD). Don’t let the big name throw you off: it deals with a bunch of elementary particles that have a property called colour charge. And one of these particles creates a mess of this branch of physics because of its colour charge – so much so that it participates in the story that it is trying to shape. What could be more gonzo than this? Hunter S. Thompson would have been proud.

Like electrons have electric charge, particles studied by QCD have a colour charge. It doesn’t correspond to a colour of any kind; it’s just a funky name.

(Richard Feynman wrote about this naming convention in his book, QED: The Strange Theory of Light and Matter (pp. 163, 1985): “The idiot physicists, unable to come up with any wonderful Greek words anymore, call this type of polarization by the unfortunate name of ‘color,’ which has nothing to do with color in the normal sense.”)

The fascinating thing about these QCD particles is that they exhibit a property called colour confinement. It means that all particles with colour charge can’t ever be isolated. They’re always to be found only in pairs or bigger clumps. They can be isolated in theory if the clumps are heated to the Hagedorn temperature: 1,000 billion billion billion K. But the bigness of this number has ensured that this temperature has remained theoretical. They can also be isolated in a quark-gluon plasma, a superhot, superdense state of matter that has been creating fleetingly in particle physics experiments like the Large Hadron Collider. The particles in this plasma quickly collapse to form bigger particles, restoring colour confinement.

Also read: All you need to know to get started on particle physics

There are two kinds of particles that are colour-confined: quarks and gluons. Quarks come together to form bigger particles called mesons and baryons. The aptly named gluons are the particles that ‘glue’ the quarks together.

Because protons and neutrons are also made up of quarks and gluons, the strong nuclear force holds the nucleus together in all the atoms in the universe. Breaking this force releases enormous amounts of energy – like in the nuclear fission that powers atomic bombs and the nuclear fusion that powers the Sun. In fact, 99% of a proton’s mass comes from the energy of the strong nuclear force. The quarks contribute the remaining 1%; gluons are massless.

When you pull two quarks apart, you’d think the force between them will reduce. It doesn’t; it actually increases. This is very counterintuitive. For example, the gravitational force exerted by Earth drops off the farther you get away from it. The electromagnetic force between an electron and a proton decreases the more they move apart. But it’s only with the strong nuclear force that the force between two particles on which the force is acting actually increases as they move apart. Frank Wilczek called this a “self-reinforcing, runaway process”. This behaviour of the force is what makes colour confinement possible.

However, in 1973, Wilczek, David Gross and David Politzer found that the strong nuclear force increases in strength only up to a certain distance – around 1 fermi (0.000000000000001 metres, slightly larger than the diameter of a proton). If the quarks are separated by more than a fermi, the force between them falls off drastically, but not completely. This is called asymptotic freedom: the freedom from the force beyond some distance drops off asymptotically towards zero. Gross, Politzer and Wilczek won the Nobel Prize for physics in 2004 for their work.

In the parlance of particle physics, what makes asymptotic freedom possible is the fact that gluons emit other gluons. How else would you explain the strong nuclear force becoming stronger as the quarks move apart – if not for the gluons that the quarks are exchanging becoming more numerous as the distance increases?

The first question anyone would ask now is – doesn’t asymptotic freedom violate the law of conservation of energy?

The answer lies in the nothingness all around us.

Also read: Is the universe as we know it stable?

The vacuum of deep space in the universe is not really a vacuum. It’s got some energy of itself, which astrophysicists call ‘dark energy’. This energy manifests itself in the form of virtual particles: particles that pop in and out of existence, living for far shorter than a second before dissipating into energy. When a charged particle pops into being, its charge attracts other particles of opposite charge towards itself and repels particles of the same charge away. This is high-school physics.

But when a charged gluon pops into being, something strange happens. An electron has one kind of charge, the positive/negative electric charge. But a gluon contains a ‘colour’ charge and an ‘anti-colour’ charge, each of which can take one of three values. So the virtual gluon will attract other virtual gluons depending on their colour charges and intensify the colour charge field around it, and also change its colour according to whichever particles are present. If this had been an electron, its electric charge and the opposite charge of the particle it attracted would cancel the field out.

This multiplication is what leads to the build up of energy when we’re talking about asymptotic freedom.

Physicists refer to the three values of the colour charge as blue, green and red. (This is more idiocy – you might as well call them ‘baboon’, ‘lion’ and ‘giraffe’.) If a blue quark, a green quark and a red quark come together to form a hadron (a class of particles that includes protons and neutrons), then the hadron will have a colour charge of ‘white’, becoming colour-neutral. Anti-quarks have anti-colour charges: antiblue, antigreen, antired. When a red quark and an antired anti-quark meet, they will annihilate each other – but not so when a red quark and an antiblue anti-quark meet.

Gluons complicate this picture further because, in experiments, physicists have found that gluons behave as if they have both colour and anti-colour. In physical terms, this doesn’t make much sense, but they do in mathematical terms (which we won’t get into). Let’s say a proton is made of one red quark, one blue quark and one green quark. The quarks are held together by gluons, which also have a colour charge. So when two quarks exchange a gluon, the colours of the quarks change. If a blue quark emits a blue-antigreen gluon, the quark turns green whereas the quark that receives the gluon will turn blue. Ultimately, if the proton is ‘white’ overall, then the three quarks inside are responsible for maintaining that whiteness. This is the law of conservation of colour charge.

Gluons emit gluons because of their colour charges. When quarks exchange gluons, the quarks’ colour charges also change. In effect, the gluons are responsible for quarks getting their colours. And because the gluons participate in the evolution of the force that they also mediate, they’re just gonzo: they can interact with themselves to give rise to new particles.

For these reasons, the strong nuclear force is called a ‘colour force’: it manifests in the movement of colour charge between quarks.

In an atomic nucleus, say there is one proton and one neutron. Each particle is made up of three quarks. The quarks in the proton and the quarks in the neutron interact with each other because they are close enough to be colour-confined: the proton-quarks’ gluons and the neutron-quarks’ gluons interact with each other. So the nucleus is effectively one ball of quarks and gluons. However, one nucleus doesn’t interact with that of a nearby atom in the same way because they’re too far apart for gluons to be exchanged.

Clearly, this is quite complicated – not just for you and me but also for scientists, and for supercomputers that perform these calculations for large experiments in which billions of protons are smashed into each other to see how the particles interact. Imagine: there are six types, or ‘flavours’, of quarks, each carrying one of three colour charges. Then there is the one gluon that can carry one of nine combinations of colour-anticolour charges.

“How do physicists deal with all this?” I mused aloud to a friend.

“They just don’t think about it,” he said.