Why Astronomers Are Arguing Over 'Planet Nine', Which They Haven't Observed Yet

It seems what everyone has been wishing for all along will also be the only thing that will be able to settle this back-and-forth – but that’s not going to happen soon. 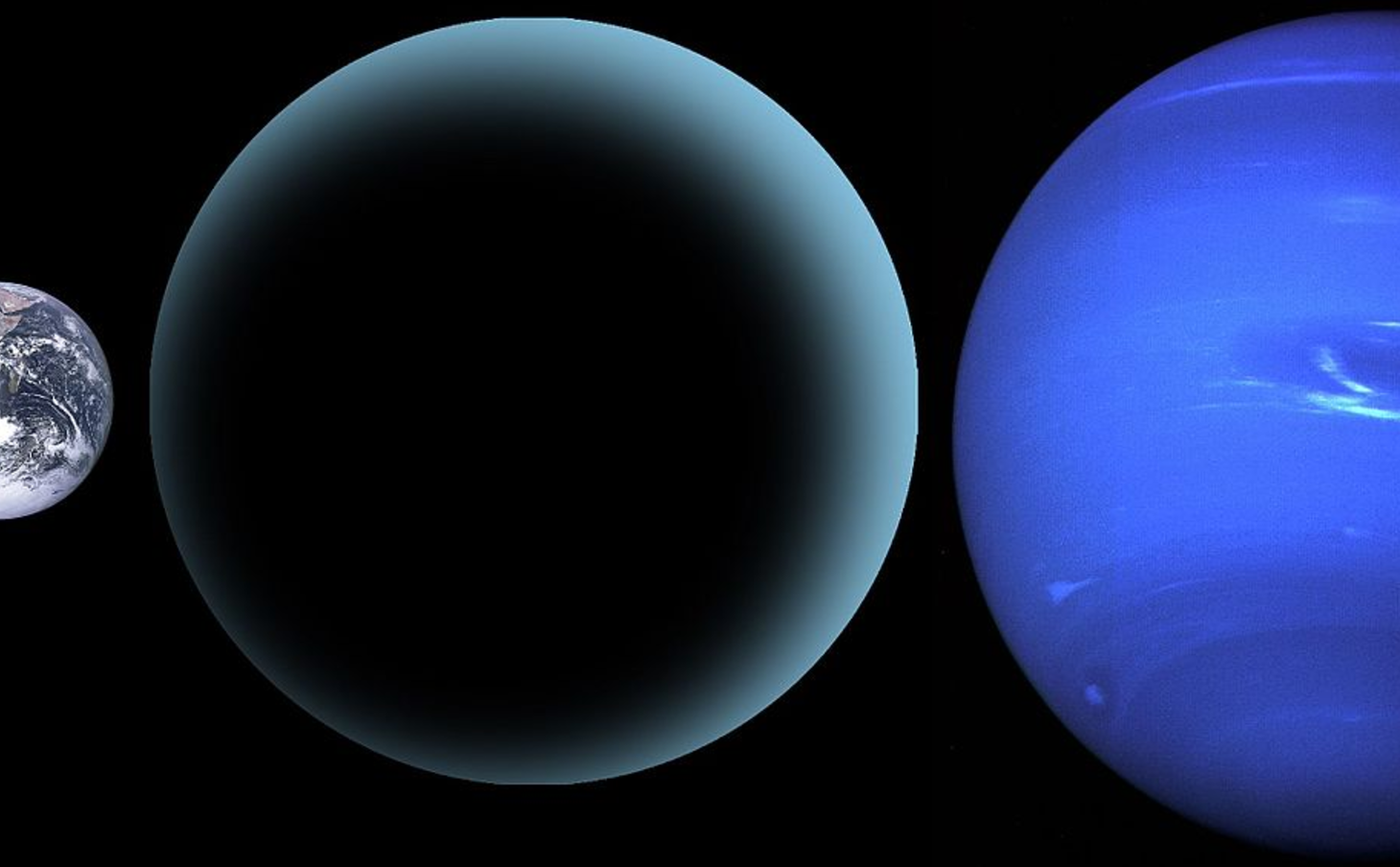 The size of Planet Nine, next to Earth and Neptune. PlanetUser/Wikimedia Commons, CC BY-SA 4.0

Technology is improving, but even with how good it is today, it isn’t yielding data good enough to make definitive inferences in the field of astronomy.

This is the case with the scientists (and citizen scientists) around the world who are hunting for Planet Nine, a bigger analogue of Earth (i.e. a super-Earth) that’s supposed to be orbiting the Sun once every 15,000 years in an orbit even beyond Pluto’s. At this distance, it’d be a part of the Kuiper Belt, a giant belt of asteroids in the outer Solar System. When astronomers first announced last year that this planet had to exist, it caused quite the stir – not least because they hadn’t directly observed Planet Nine itself as much as inferred its presence by its supposed effects on other bodies in the Kuiper Belt.

When we think of asteroids, we immediately think of the belt between Mars and Jupiter, a flat disc of rocks orbiting the sun. The Kuiper Belt is much more majestic. It begins from just beyond Neptune and extends up to a distance equal to that between Neptune and the Sun, containing numerous icy rocks leftover from a time before the system’s planets had formed (Pluto is simply one of them). But despite its size we know so little about the belt because it’s so far away from us: the amount of sunlight that reaches these bodies is low and what’s reflected back towards Earth’s telescopes is even lower.

But given the belt’s size, its icy rocks – technically trans-Neptunian objects (TNOs) – haven’t been observed floating all over the place. Instead, astronomers have noticed that they’re floating around in distinct clumps that form according to certain orbital attributes. Specifically, the closest point to the Sun in the orbits of all the bodies in each clump is the same.

To explain this, several scientists speculated that a giant planet – dubbed Planet Nine – could be perturbing the Kuiper Belt and causing the objects to cluster. Konstantin Batygin and Mike Brown, both astronomers at the California Institute of Technology, published a paper last year after they were able to single out a few TNOs that that were orbiting the Sun at a completely different angle relative to other TNOs – so much so that, Batygin and Brown figured, a hidden giant planet could have disrupted their original orbits.

But now, a new paper by Canadian scientist Cory Shankman and his team disputes this. Shankman and co. have claimed that the data using which Batygin and Brown inferred the existence of Planet Nine is biased and that it might not exist after all. Their pièce de résistance is a set of four other bodies in the neighbourhood of where Planet Nine is supposed to be but which seem to show no influence of it.

This rebuttal is significant because it has been directed against Brown, whose research and discoveries have unraveled many of the Kuiper Belt’s mysteries. More recently, he also gained notoriety for leading the campaign to have Pluto demoted from planet status, to dwarf planet. 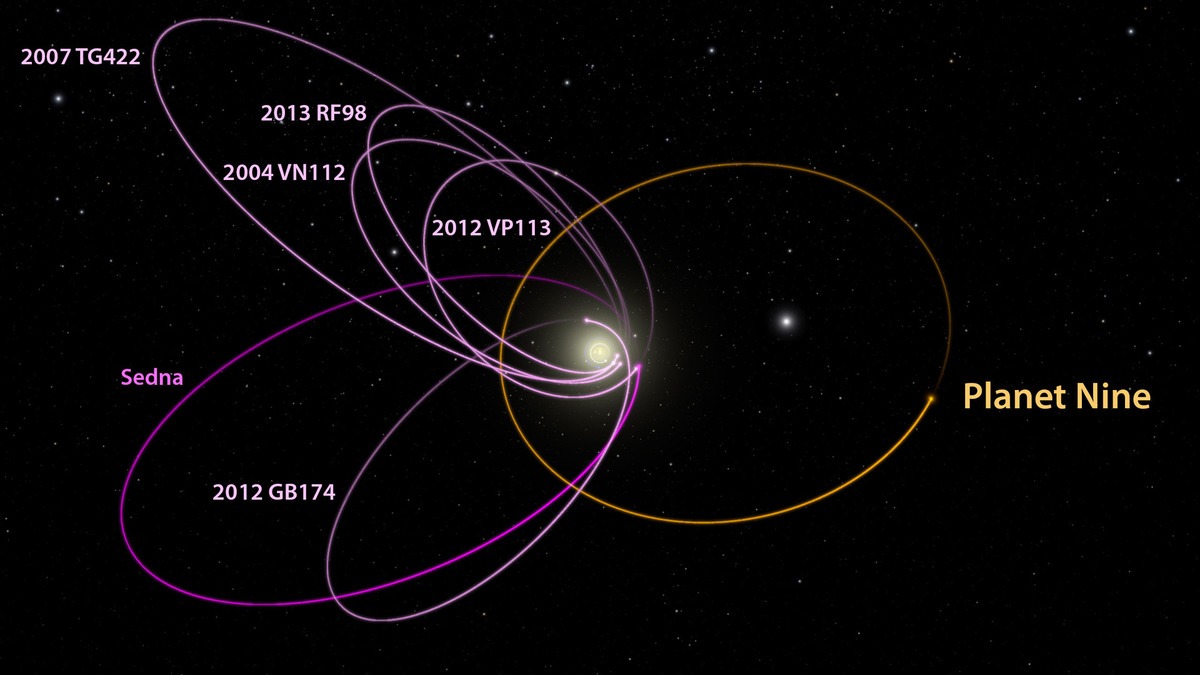 Team Shankman has rejected Planet Nine as a ‘perturber’ in favour of another explanation, one that astronomers are all too familiar with: observational bias.

When we peer into the depths of space, we can observe only those things we are capable of observing. Nowhere is this more pronounced than in exoplanet hunting: all the methods we’re currently using can only detect planets that are large. As a result, we have a very small chance of discovering a planet outside our Solar System that’s as small as Mercury. So Shankman’s paper claims that bodies that orbit outside the plane of the system are easier to spot – and were thus spotted.

This bias is an easy explanation for any observation that shows patterns. You find large planets because you can detect only large planets. You find clustered TNOs because you can only detect clustered TNOs. Batygin and Brown were aware of this as well. They’d acknowledged in their paper, “It is currently unclear whether the lack of clustered objects with perihelia north of the ecliptic is a dynamical effect or an observational bias” (ecliptic is the plane on which the eight major planets orbit and perihelion is the point closest to the Sun in each of those orbits). This is why they’d also confirmed that the same pattern of clustering for the specific set of bodies they’d examined had been reported by not one but multiple telescopic surveys of that part of the sky.

But Shankman, who belongs to the team that performed the Outer Solar Systems Origin Survey (OSSOS), claims that all of these observations have been biased. His paper states that the OSSOS survey, which studied eight random patches of the sky over four years, shows that there is in fact no clustering at all. The results produced by this survey have been summarised on their website as (quoting verbatim):

The eight OSSOS discoveries have orbits oriented across a wide range of angles. The observed orbits are statistically consistent with random. The OSSOS detections do not all follow the pattern seen in the previous sample. One of them sits at right angles to the proposed two clusters. The orbits are not tightly clustered.

Ethan Siegel, an American theoretical physicist, wrote on his blog on Forbes that these results are consistent with ‘no Planet Nine’. And while Brown has rebutted Shankman and co. (using a paper he’d uploaded to arXiv shortly before Shankman’s was up), he’s also tweeted that we will have to wait until July for more information (he doesn’t say why, though).

For more details you’ll have to wait until July.

Several astronomers agree with Brown. They feel that even with the OSSOS data, Planet Nine is still the best explanation for what they’ve seen of the Kuiper Belt. They also contend that OSSOS as a survey is not definitive enough to provide the last word on either Planet Nine or even the clustering. The OSSOS team has also been guarded, saying that their data doesn’t disprove the Planet Nine hypothesis but only weakens the argument.

At the same time, the survey’s scientists have backed a different hypothetical planet, one that has had no real evidence going for it but which scientists have persisted with. It’s supposed to be as big as Mars is and has been given the nickname – surprise, surprise – Planet Ten.

What’s actually weird in all of this is that the astronomy community has been mostly silent on this debate – quite unlike when Batygin/Brown’s paper came out. There isn’t a clear consensus on just how strong the case for Planet Nine is right now and it appears everyone is just waiting and watching. Ultimately, it seems what everyone has been wishing for all along will also be the only thing that will be able to settle this back-and-forth: a direct observation. And that’s not going to happen soon.

“We are really working at the margins of what’s technically feasible with the outer Solar System observations,” Renu Malhotra, a coauthor of the Planet Ten paper and an astronomer at the University of Arizona, Tucson, told Nature on June 22. “We’re really pushing the boundaries of what’s possible to detect.”

Note: This article stated earlier that Shankman’s and Brown’s papers hadn’t been peer-reviewed yet. That was wrong; their papers have been peer-reviewed and accepted for publication by scientific journals. The mistake was corrected on June 27, 2017.