Poeciliids, a group of fish to which the eastern mosquitofish belong, spend more time seeking sex than any other creature in the vertebrate world. 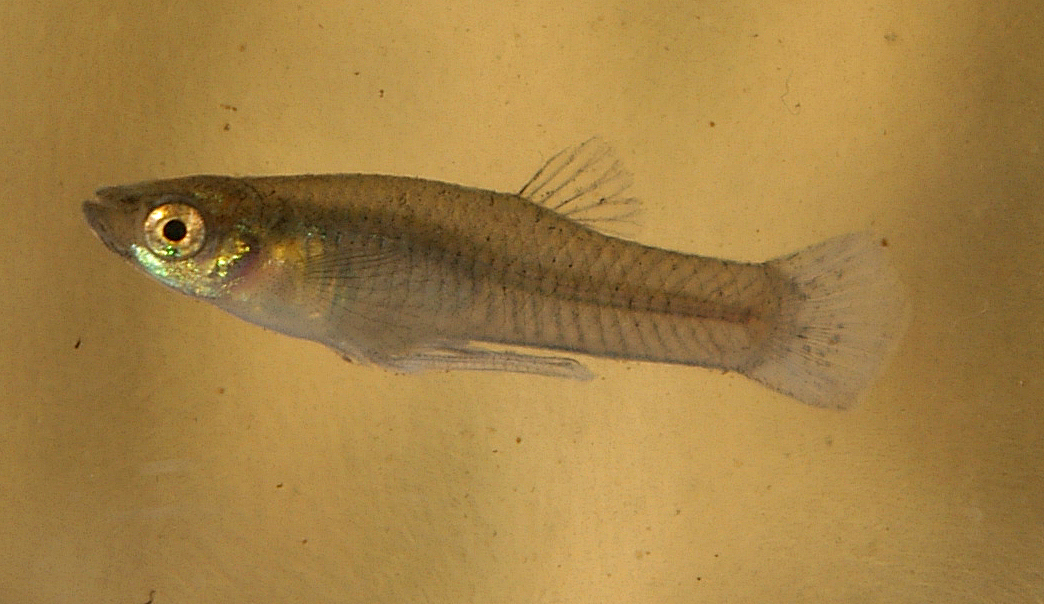 Males of many species contribute only sperm to the next generation. They don’t take the trouble or time to incubate eggs or rear offspring. When their investment is so little, they are free to go forth and multiply. Intense sexual activity makes more babies. Their sons, in turn, inherit their fathers’ sexual prowess and make successful fathers. Despite all the obvious advantages of not caring for offspring, males don’t always churn out young ones.

Low rank, high-stakes competition and parasites are some factors that hold males back from realising their full potential. Even when nothing prevents them from having sex, some males, like mosquitofish, seem uninterested.

“The starting point for our studies was the question why males in some animal species differ pronouncedly and consistently in their sexual activity levels even when they are exposed to identical environmental conditions and don’t need to compete,” Carolin Sommer-Trembo, a doctoral student at Germany’s J.W. Goethe University Frankfurt, said in a press release. “We wanted to know how this variation in male behavioural types is maintained, although selection ought to oust males which display low or average levels of sexual activity.”

Sommer-Trembo and her colleagues from Northern A&F University, People’s Republic of China, Germany’s J.W. Goethe University Frankfurt and Leibniz-Institute of Freshwater Ecology and Inland Fisheries sought answers to the question – What keeps males with low sex drive in the gene pool?

She created a video animation of a male nipping a female with different levels of persistence: low, medium, and high.

“Male mosquitofish do not only differ in their sexual activity but also in other traits like size, body shape, colouration, and even personality,” Sommer-Trembo told The Wire. “To be sure that females only evaluated male sexual activity and none of the other traits, we decided to use computer animations instead of live males. Computer animations have many advantages and you can do very exact behavioural studies using them. However, they are artificial. Fortunately, we already worked with similar animations before and knew that our test fish respond to them.”

Females pay a high price for sex. They go hungry when pursued by males intent on sex. The gonopodium is armed with claws to hold on to females. These can injure the interior walls of the females’ genital pores.

Sommer-Trembo tested the females to see which of the three intensities of sexual ardour they found attractive. The experienced females were alone when they watched the animation or in a shoal with other females. The researchers tested sexually naive lone females. Considering the price the females pay, one would expect them to shy away from males. But they weren’t prudish.

When they were alone in the aquarium, watching the animated highly libidinous male harass the virtual female, experienced females stayed away from the screen. Instead, they were more attracted to ones with medium and low sex drives.

Besides suffering hunger and injuries, sex can kill females. Since they were larger than the males, they would make a tempting snack for a predator, especially when they are alone. This is probably why lone females evaded oversexed males.

The female preference for medium lust didn’t change when they were in a group. What changed, however, was their willingness to consort with the male with the most ardour as long as their friends were in the vicinity.

Prey fish swim in tight schools to escape from predators. Similarly, female mosquitofish seek safety in numbers to avoid harassment from suitors. This gives them the confidence to engage in risky sex with an oversexed male since they won’t be the sole recipient of his persistent attention.

Since medium ardour was most popular with females, high libido ought to be at a disadvantage. However, virgin and shoaling females were willing to mate with oversexed males, and since the latter tended to harass females much more, they managed to score some sex.

Females prefer different mate sexual behaviour depending on the social context and the associated costs and benefits. Which male to choose under what condition is learned by experience, say the researchers since naive females expressed no choice.

“Ever since Darwin presented his groundbreaking ideas about selection and ‘survival of the fittest’, the question of how variation is maintained in a population has been asked over and over again,” says Sommer-Trembo. Males that mate more often would have a clear advantage over others with lower sex drive. “We often find a huge variation of other types for whose existence we don’t have an explanation. In our case, we found a mechanism of how variation in a behavioural trait can be maintained – which is quite cool from an evolutionary biologist’s point of view.”

Although males seem to control females’ sex life by bullying, females subtly exercise their own choice and maintain variation in male behaviour. Another study published simultaneously confirms this.

By studying the body shape of more than 100 species of poeciliids, biologists at Kansas University say males and females evolve differently. While natural selection and the environment shape females, females in turn select traits in males. The body shape of males evolves faster than females because of the pressures exerted by the latter’s choice.

If female mosquitofish know the costs of different male sexual behaviour, Sommer-Trembo and her colleagues wonder if they learn from watching others’ sexual encounters. Or do they learn only from their own experience?

She says she loves to sit in the middle of their animal house and watch fish in large aquaria. “My PhD advisor Professor Martin Plath started this habit. Funnily, we found out that the combination of a cold beer and sitting there quietly just watching the fish is the best way to get new ideas for our studies.”

No doubt she’s sitting there right now designing an experiment to answer how female fish learn.

The study was published in the journal Royal Society Open Science on July 12, 2017.