Jeffrey C. Hall, Michael Rosbash and Michael W. Young have won the Nobel Prize for physiology/medicine in 2017 for working out the molecular mechanism behind circadian rhythms. 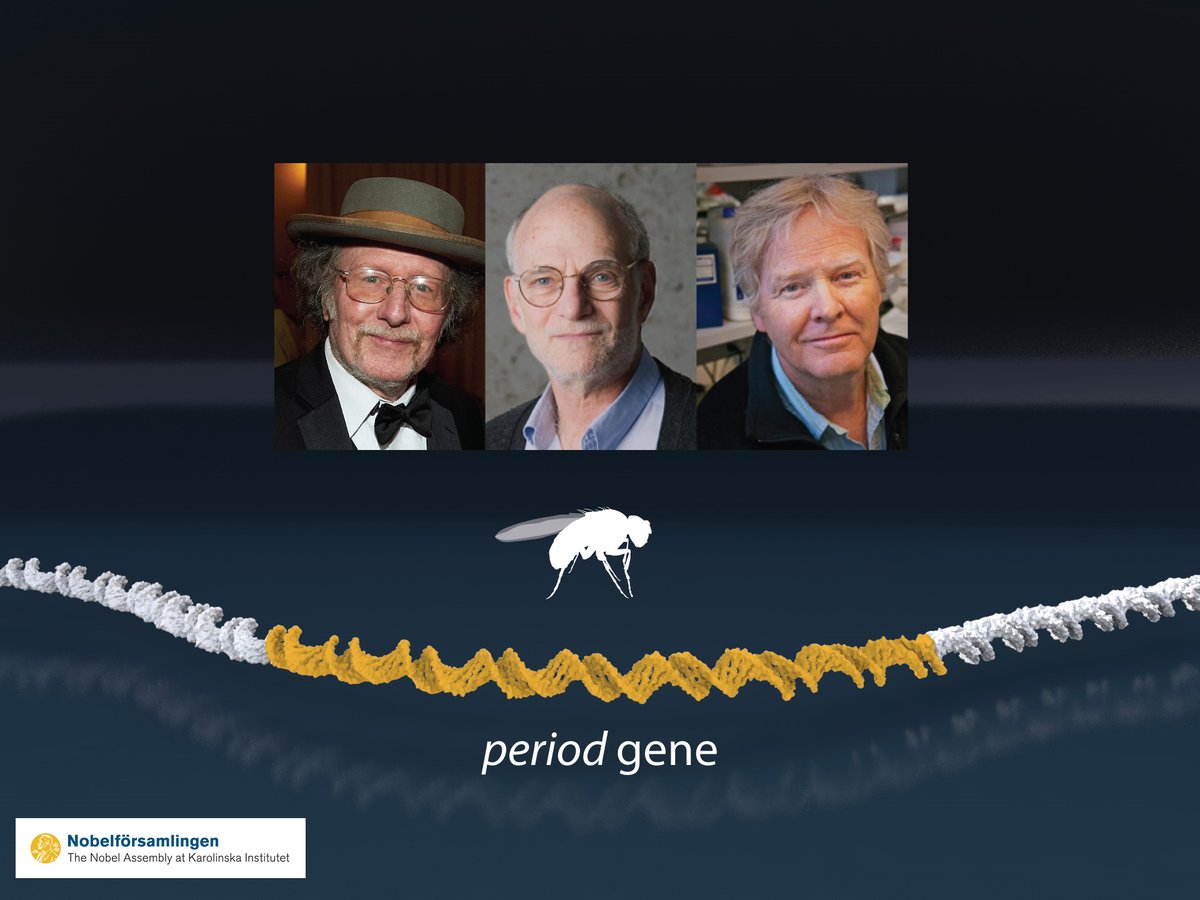 The 2017 Nobel Prize for physiology/medicine has been awarded to Jeffrey C. Hall, Michael Rosbash and Michael W. Young for working out the molecular mechanism behind circadian rhythms, the internal body clocks in all animals that regulate when they – we – sleep, eat, release hormones, etc. When we experience jet lag, it’s because our circadian rhythms are out of sync with our external conditions.

The circadian rhythm is mostly endogenous: it is ‘performed’ and regulated by chemical reactions that occur within the body’s cells, using internal cues. However, it is also influenced by external stimuli like the amount of sunlight and other environmental factors. Circadian rhythms evolved in response to Earth’s rotation around the Sun, and how that impacted the availability of resources through 24-hour cycles.

In the 1970s, Seymour Benzer and Ronald Konopka found that in an as-yet unknown gene was responsible for regulating the body clock of fruit flies (Drosophila melanogaster). They called it the period gene. In 1984, Hall, Rosbash and Young, this year’s medicine laureates, found a protein called PER that was encoded by the period gene. They also observed that PER accumulated in cells at night and degraded during the day. Hall and Rosbash figured that PER blocked the activity of the period gene. In other words, it regulated its own production and degradation.

One part of the puzzle still remained. PER is produced in the cell’s cytoplasm whereas the period gene is located in the cell’s nucleus. How did PER move into the nucleus? Young provided the breakthrough in 1994, when he discovered what he called the timeless gene. The timeless gene encoded for a protein called TIM, which in turn ensured that the circadian rhythm carried on normally. However, when the TIM and PER proteins became coupled together, the two of them became able to enter the cell’s nucleus, where PER inhibits the period gene.

Their discoveries laid the foundation for chronobiology, the study of physiological processes that happen in a cyclical manner, but they weren’t alone. Rather unsurprisingly, the Nobel Committee has passed on Benzer and Konopka for the prize because of its self-imposed rule to limit the number of individual awardees to three.

Anyway, the PER-TIM-DBT cycle provides only a simplistic picture of what happens. The underlying phenomena continue to be studied widely to this day, especially to better understand their relationship with hormones and hormonal diseases, to explore how cells that don’t contain circadian regulations coordinate with cells that do, and to understand sleep disorders.

Most studies have also studied these clocks only in vertebrates and fruit flies, and there is growing interest – especially with the use of the latest gene-editing techniques – to explore how circadian rhythms work in invertebrates and plants.

Thus far, 214 people have been awarded the Nobel Prize for physiology or medicine since 1901. Of this, only 12 laureates have been women. And of them, only one has won the prize unshared (Barbara McClintock, 1983) out of a total of 39 instances. The first woman to win the medicine Nobel Prize was Gerty Cori in 1947 and the last, Youyou Tu in 2015. No Indians have won the Nobel Prize in this category.