Marie Curie should not only be celebrated for her scientific achievements, but also the tenacity, persistence, strength and the humanity she espoused throughout her turbulent life. 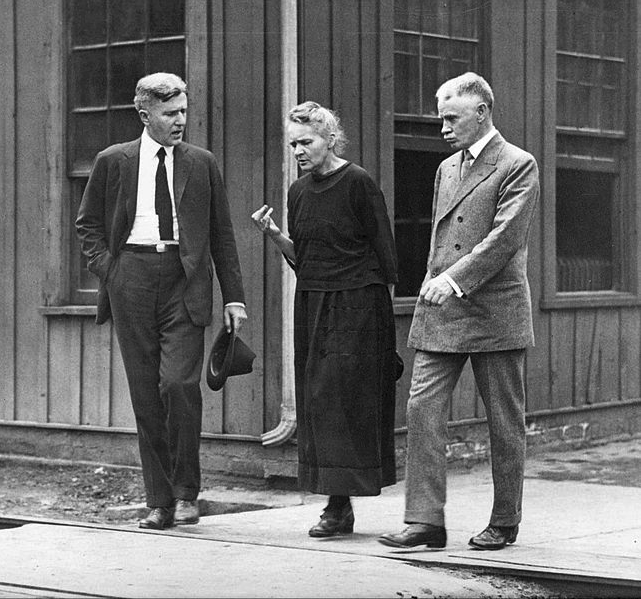 There is one version of Marie Curie’s legacy that we all are familiar with the first woman to win a Nobel Prize, the first person to win it twice and the only one to win it in two different sciences (Physics and Chemistry). We all know that along with her husband Pierre, with whom she shared the first prize, Marie introduced and shaped the concept of radioactivity in the late 19th century and early 20th century. Some of us are aware that Marie was born and brought up in Poland but moved to France when she was 24 and spent the rest of her life there. And, of course, we all lament her tragic demise when she failed to recover from a rare deadly disease brought about by exposure to radioactivity.

Thanks to this, we’ve all constructed a somewhat sanitised image of the scientist’s legacy. Marie Curie is today a symbol – a proof of gender equality, of a great scientific partnership and of undying dedication to science. In doing this, we remain ignorant of her reality, which was a constant battle with the demons of disease, death, poverty, class, xenophobia and a severely gender-divided society.

In 1867 when Maria Sklodowska was born, Poland was in the middle of political turmoil. It was ruled by the Russian Empire. It didn’t help that Marie’s father, being a Polish patriot, found it difficult to hold on to jobs that were often managed by Russian supervisors. This put the family in a lot of financial difficulties. Notes and letters written at the time reveal Marie to be a very bright child, though troubled. In a revealing biography by Francoise Giraud, Marie is said to have been “ill obsessed with death and apparently frightened at times of the woman within”. Perhaps it’s no wonder she was disturbed, as at the young age of 11, Marie lost both her mother and her eldest sister to tuberculosis and typhus respectively.

Though she finished school at 15 with a gold medal, she was unable to pursue higher studies in regular institutions because women were forbidden to do so. So, she and her sister joined the underground “Flying University” which had been formed to educate Polish youngsters, especially women for whom legal options were sparse. Marie and her sister made an agreement to support each other in their studies. To fulfill her end of the deal, she worked as a tutor and a governess with a family in Warsaw.

Giroud’s biography also delves into a love affair between Marie and the son of her employers. The family vehemently opposed this union on class grounds (Maria was too poor and they were landed) and the separation is said to have taken a heavy toll on both the lovers. In letters, she called some of these days “the cruellest of her life”. Marie’s estranged lover Casimir Zorawski would go on to become a well-known mathematician who in his old age is said to have often been found gazing at a statue of Marie erected at a square in Warsaw.

Marie’s sister invited her to Paris where she now lived with her husband, but Marie was unable to accept this offer for another two years when she finally saved up enough for university tuition. She studied in the day and tutored in the evenings to afford a livelihood. In three years, Marie managed to earn two degrees at the University of Paris. Finally, at 27, Marie could begin her scientific career. She was introduced to Pierre Curie by a physicist friend who thought Pierre would be able to lend Marie some lab space. Unwittingly, this physicist friend Józef Wierusz-Kowalski became arguably the greatest wingman in scientific history.

Marie and Pierre got along perfectly. Interestingly, Marie did not say yes to Pierre’s proposal of marriage the first time around. She wanted to go back to Poland. It was only when she failed to get a job back home in Krakow University that she acquiesced. The two were married in 1895 in a simple non-religious service. As popularly recounted Marie’s bridal dress served as her lab outfit for several years after.

The couple had a child and continued with their studies on radioactivity. Sadly, the dangers of radioactivity were not known at the time so their work was done in highly unsafe environments. Marie and Pierre published all their work, well aware of the need to do this promptly. But her emphasis on this may have been more prompted by the desire to disseminate her findings than for fame or money. This disinterest in personal profits was made clear by Marie’s decision not to patent the processes that she discovered.

“The price of radium is very high since it is found in minerals in very small quantities, and the profits of its manufacture have been great, as this substance is used to cure a number of diseases. So it is a fortune which we have sacrificed in renouncing the exploitation of our discovery, a fortune that could, after us, have gone to our children. But what is even more to be considered is the objective of our many friends, who have argued, not without reason, that if we had guaranteed our rights, we could have had the financial means of founding a satisfactory Institute of Radium, without experiencing any of the difficulties that have been such a handicap to both of us, and are still a handicap to me. Yet, I still believe that we have done right.” – Marie Curie (National Bureau of Standards 1921)

A lesser known fact about Marie and her famous Nobel Prize was that if not for the protest of one Nobel Committee member who was an advocate of women’s rights, Marie may not have won at all in 1903. The original nomination named only Pierre and Henri Becquerel (who was the third awardee). How many worthy women scientists who did not have this stroke of luck have gone ignored before and since remains an open question. When her husband was killed in a road accident just two years after their second daughter was born, Marie was grief-struck. The University of Paris offered her Pierre’s faculty position making Marie the first female professor there. By 1910, she had successfully isolated radium for the first time. In spite of her path-breaking science, Marie was constantly dogged by xenophobic attitudes. Being born outside France, there were false rumours that she was Jewish and she was denied entry into the French Academy of Sciences. Curie, however, went on with her work, seemingly unperturbed.

However, society’s scorn reached the hilt the next year when the news of her affair with a fellow physicist colleague who was married spread. Though it was he who was a husband and she a single widow, it was Marie’s reputation that became mired by scandal. Newspapers called her a foreign Jewish home-wrecker and the widow who had tarnished the good name of her deceased husband. Mobs gathered at her home and scared her young daughters. The abuse was so frightful that the family had to take refuge in the homes of friends.

Amidst all of this, Marie won her second Nobel Prize. Appallingly, she was reportedly asked to excuse herself from the Nobel Prize award ceremony in Sweden by the Swedish Academy of Sciences. According to this article in Independent, it was “so that the adulteress should not shake hands with the Swedish king”. To this, Marie responded: “The prize has been awarded for the discovery of radium and polonium. I believe that there is no connection between my scientific work and the facts of private life. I cannot accept … that the appreciation of the value of scientific work should be influenced by libel and slander concerning private life.” This nasty phase took a toll on Marie mentally and she was hospitalised for depression and a kidney problem. She spent most of the next year out of the public eye.

But Marie wasn’t done yet. She was determined to get the Radium Institute, which she’d founded, up and running. When World War began, Marie contributed along with the help of her daughter Irene (who would later win a Nobel Prize herself) by setting up radiological centres on the battlefields. As the director of the Red Cross’s Radiology Service, she set up hundreds of radiological units and mobile radiological vehicles just in the first year of the war.

After Marie’s death in 1934 from radiation exposure, her belongings – clothes, cookbooks, furniture, everything, were kept away as they were and continue to be radioactive. Her lab notebooks and papers from the 1890s are still stored in lead boxes in the National Library of France. Even her coffin was lined with an inch-thick layer of lead.

On this birth anniversary of Marie Curie, let’s celebrate not only her fantastic scientific achievements, but also the tenacity, persistence, strength and, above all, the humanity she espoused throughout her turbulent life. Let us also not fail to question the societal evils Marie bore the brunt of, many of whose remnants lurk in our midst even today.

This article originally appeared on the Department of Biotechnology, Ministry of Science & Technology website.