Debate: Why the 'March for Science' Was About the Social Sciences as Well

Two responses to the 'March for Science' arbitrarily separate the role of the sciences and the social sciences in understanding the world. This is almost regressive. 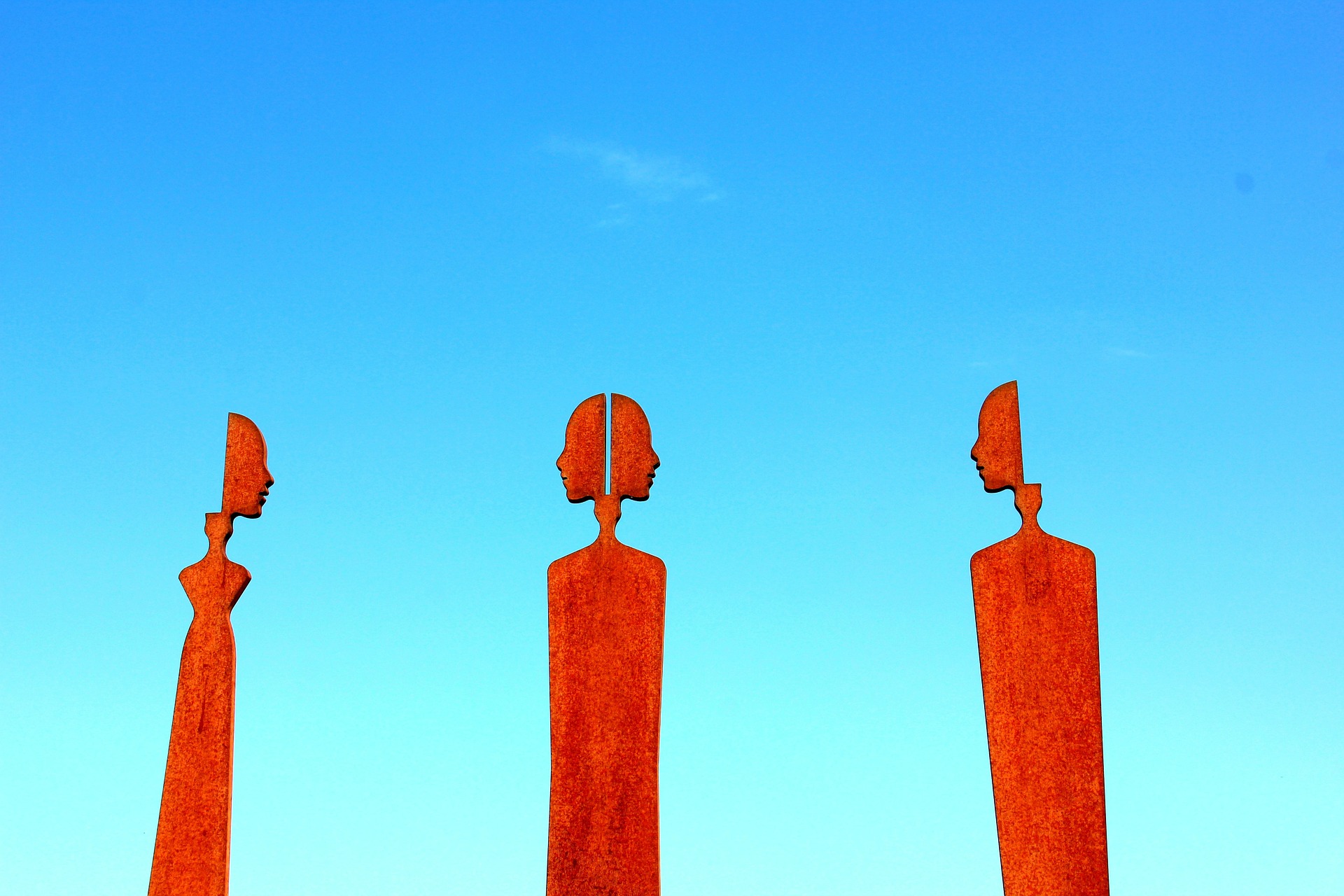 The organisation of a ‘March for Science’ on August 9, 2017, has drawn sceptical responses from some academics. Two prominent responses (by Sundar Sarukkai and Avijit Pathak) have deemed the knowledge claims of science as arbitrary and argue for the inclusion of a ‘plurality of knowledge traditions’ in democratising society. These responses are built on a mistaken understanding of the scientific method.

The authors’ concerns are centred on four arguments:

The foundation of both responses is an arbitrary separation in the practice of understanding the world. Pathak and Sarukkai hold that the approach of the ‘non-sciences’ (the array ranging from economics to art) is inherently different from that of the sciences. However, this distinction doesn’t explain anything. The basic point of inquiry – of any form of intellectual curiosity – is to understand. The inquirer is expected to adopt multiple approaches that facilitate understanding to whatever extent possible.

For instance, sociologists ask questions to people about the reasons for their actions in addition to observing them. This is because, unlike atoms, human beings possess consciousness and, unlike animals, human action is not led solely by instinct. We can choose to have children or not – as opposed to a cat. Clearly, this gives rise to a range of ways in which life can be lived, possibilities that societies have ordered in the form of cultures and norms. Since such contexts have an influence on human action, it is not enough to only observe or only ask to completely understand it. To be scientific in one’s approach here is to consider all aspects essential to understanding without losing track of the relative influence of various factors.

Even in the context of the natural sciences, we can see this principle at work, although the nature of data and evidence across them may vary. Thus, the fact that theoretical physicists, meteorologists, entomologists or material scientists deal with different kinds of evidence does not indicate the fragmentary nature of the scientific approach. It in fact illustrates its vitality in being able to capture various aspects and levels of reality.

Pathak and Sarukkai also caricature the natural and social sciences – the former a salvo of falsifiable statements, the latter a series of impressions! Their arguments are residues of an era where positivism had a significant influence in defining approaches to the modern natural (and social) sciences. They fail to see that positivism is no longer the central approach to knowledge creation in either.

Despite the clarion call for historicisation in all post-structuralist treatments of knowledge, it is amusing that the practice of natural science is considered to not have any history. It’s wrong to suggest that science is still all about ‘diagnostic imperialism’ and ‘radioactive emissions’, that it is seldom about increased average life expectancy of human beings or improvements in transport and communication.

The other side of such caricaturing is to claim that the essence of the social sciences is all about the ephemeral and the intuitive, the mystical and the imaginative. In this version, the project of historians, philosophers and anthropologists is radically different from that of scientists, and the two projects exist in mutual isolation. Thus, it is made to look as if the ‘non-sciences’ are free from the ‘imperial ambitions’ of being a science and are brimming with democratic potential!

I am a practising sociologist. I find it insincere to assume that being a social scientist calls for a summary dismissal of any attempt to think systematically, consider evidence or understand patterns. The social sciences are not all about the ephemeral or the impressionistic – they are not against patterns, numbers, or of complex social relationships, some of which may be numerically expressed.

To understand crime against Dalits in the country, we may need a historian, an anthropologist, a political scientist and a statistician, where each would help us understand a specific aspect of the phenomenon. While all of them deal with human experience, their approach does not stand in contradiction to the scientific method. At the same time, their work is definitely not art or literature.

Does a useful understanding of hunger stop at the notion that it is due to lack of food? Or should it be deepened by a consideration of the details of consumption? Do we not need to know both the composition of nutrients as well as the conditions that enable or inhibit access to food that provides these nutrients? Is it not important that we distinguish between death due to natural causes, death due to accidents and the death of 23 children in a hospital? Is it not important that we identify the proximate cause of child deaths as the lack of continuous oxygen supply, even as we underline the persistent and systemic nature of the breakdown of services in our public health sector?

Should we accept that climate change is real and try to mitigate its consequences in just manners by mobilising natural and social sciences – or simply choose to believe that it is one of those canards spread by the scientific establishment and resist its ‘tendency to colonise truth’?

Pathak and Sarukkai go on to repeat an old assertion that the isolating nature of professional enquiry leaves scientists insensitive to social reality. This is based on fragmentary evidence at best.

Pathak speaks of a compartmentalisation in the lives of scientists across professional and private spaces. But if we undertake a study of personal preferences and choices, a willingness to participate in public action or the ability to challenge any of the several conventional societal norms (all among the practitioners of the social sciences), the patterns would be surprisingly similar.

By arguing that one set of practitioners are insensitive to social reality, the authors end up endorsing the choices and activities of the entire range of ‘alternative’ practitioners. Just follow the recent debates on caste practices in premier institutes of science and social science in India. A cursory study would be adequate to appreciate that a formal training in the ‘non-sciences’ is no guarantee of sensitivity or critical thinking.

Of course, so far as knowledge production is a social activity, it invariably takes place within the context of unequal societies. The challenge before any sincere attempt at understanding the world is to locate and overcome this context. This is equally applicable to the social sciences as to the natural sciences, if not more.

Let us accept that the foundational principles of astronomy were established at great costs by scientists against oppressive regimes. At the same time, sociology emerged within a context of re-establishing ‘order’ in Western Europe, and continues to offer the functionalist approach as a reasonable way of understanding society. Both anthropology and history, whose neglect by the scientists Pathak bemoans, have also played crucial roles in justifying the claims of both empire and capital. Are we then to insist that the practice of anthropology by both these scholars are also equally compromised?

The determinism inherent in the sceptical approach of the two authors is ironic. On the one hand, technology and science are considered evil and sentient, as if their development and application are unmitigated by human intervention. On the other, no amount of science or technology will produce any significant change in the social order, as they are always complicit in structures of power and impervious to human intervention. We are now back at the basic suspicion of concerted political action that their pieces rely on.

However, this denial of any relationship between a scientific approach to the world and social change is deeply ahistorical. There are numerous instances of advances in technology and progress in our understanding of social structures having led to social change.

It is well-known that progress in latex technology enabled the manufacture of disposable contraceptives, the free availability of which catalysed the debate on reproductive choice in women. Any humane approach to ending manual scavenging in India would necessarily involve appropriate technology and removing the human element from this shameful and horrifying practice.

India has a robust tradition of people’s science movements, which have spent decades on taking the method of science to the people, with the explicit intent of social transformation. A cursory conversation with any such activist will reveal the depth of their understanding, which demonises neither science nor social science and is mindful of their limitations and contributions.

Several aspersions are cast by both authors on the motivation of the people who organised the ‘March for Science’ on August 9. For Sarukkai, the scientific community invokes social evils only to demand more funds from the government. For Pathak, scientists’ demand for more grants for the promotion of science education is evidence for their contempt for ‘other seekers of truth’.

How does one follow the other, given that the call of the march was to increase spending in education in general and not to look at it as a zero-sum game between science and ‘others’?

Many social scientists with no formal training in the natural sciences did participate in the march in various cities, and many more agree with its basic demands and concerns. Students in science institutes have formed platforms to discuss inequality. Many of them have faced the wrath of the administration as a result. All these sections believe equally in the need for social justice and the role of the scientific method in bringing about social change. But these facts escape the simplistic picture that Sarukkai and Pathak have drawn.

Sarukkai asserts that fundamentalists and scientists do not draw upon available material that offers a challenge to their naïve beliefs. But what is fundamentalist is the approach that refuses to look at change within the practice of both natural and social sciences.

What is common to the contemporary practice of science and social science? The increasing diversity in the community of practitioners.

As unpalatable as it may sound, the presence of the state and top-down implementation of affirmative action has had a significant role to play in this diversity. If received social science wisdom is any indicator, the democratisation of the community of practitioners improves the vitality of disciplines. Social change is impossible in the context of a deep suspicion of both collective human action and our ability to coherently make sense of the world.

Any attempt at critical enquiry that suggests otherwise is complicit in the preservation of the status quo. Effectively, both responses to the ‘March for Science’ end up lending credence to the current dispensation’s attacks on scientific enquiry in any discipline.