The Place of Science When the 'Peacock' Judge Struts His Faith

Science does not have answers to every question we've had. And answers that science can't validate are not false. 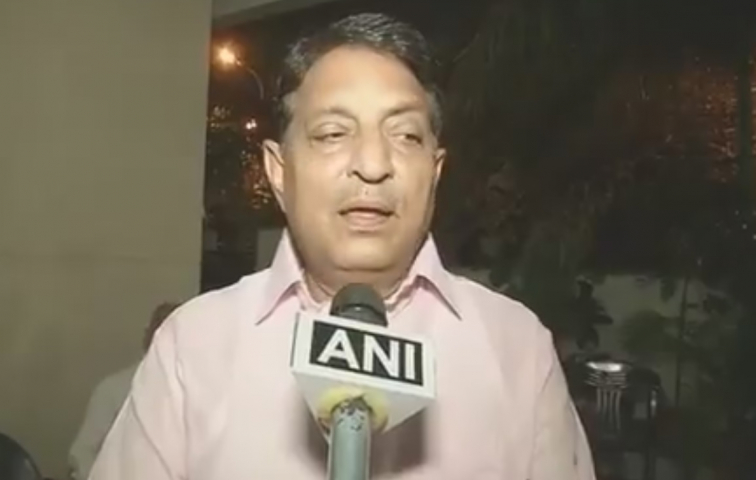 Mahesh Chandra Sharma, the former Rajasthan high court judge who believes peacocks don’t have sex and wants cows to be designated India’s national animal, was asked by the Hindustan Times in an interview if he thought his controversial pronouncements could be backed by scientific evidence. He replied, “Scientific evidence isn’t everything… there’s religious evidence.”

He’s right, of course – scientific evidence isn’t everything. It’s dangerous to expect everything that we experience in our lives to be grounded in scientific formalism. (It is, of course, equally dangerous to have a judge translate his own religious beliefs into orders that have physical consequences for others, but that is the subject of another article).

The philosophical position that the only truths there are are those that can be scientifically verified is called positivism. As the German sociologist Max Horkheimer argued, positivists deserve criticism for attempting to reduce the richness of reality to a stale version of physical and chemical processes and for denying the agency of human consciousness. For Horkheimer, as Stanley Aronowitz explains,  there was a connection between positivism and the rise of fascism:

Positivist thought, by accepting the role of science as the careful recording of the facts and limiting its generalisations to the unity of apparent reality, leaves the question of historical development aside and becomes instrumental to the prevailing system of power.

Science, in other words, does not have answers to every question we’ve had. And answers that science can’t validate are not false. Acknowledging this does not diminish the importance of science. Indeed, science is strengthened when it is left to areas of study that it is equipped to handle.

Even Sharma’s admission that “scientific evidence isn’t everything” and that there is “religious evidence” in support of his judgment is worth considering seriously. Peacocks do have sex and people should not be awarded the death sentence for killing cows – but that said, religious beliefs in general do not deserve to be dismissed summarily (even if the term “religious evidence” itself is a bit of a misnomer). Scientific studies may be inching closer to proving that god is only a product of the human mind, but there is little value in denying our beliefs if they make it easier to confront the unknown. Religion is a separate magisterium, as Stephen Jay Gould would have had it. In the words of Freeman Dyson, uttered during a speech delivered in May 2000,

Science is exciting because it is full of unsolved mysteries, and religion is exciting for the same reason. The greatest unsolved mysteries are the mysteries of our existence as conscious beings in a small corner of a vast universe. Why are we here? Does the universe have a purpose? Whence comes our knowledge of good and evil? These mysteries, and a hundred others like them, are beyond the reach of science. They lie on the other side of the border, within the jurisdiction of religion.

Why, there are areas of science that not many of us can directly comprehend and instead believe in as a matter of faith. To borrow an example by Daniel Sarewitz, a professor of science and society at Arizona State University, Tempe, it takes many years of training in advanced physics and mathematics to understand what the Higgs boson is or where it comes from. Yet, many of us are content enough to not have that knowledge even as we assert that the Higgs boson exists. Another example, this time from contemporary popular culture: In the first episode of the TV show American Gods, Mr Wednesday asks Shadow Moon why people think it is Isaac Newton who allows them to take a flight and feel safe when it is really their faith in the ideas of Newton (and Daniel Bernoulli) that is keeping them from panicking. It is a good question because it highlights the little gaps in our knowledge that are patched by faith.

Where our learned retired judge fails, though he may not know it or agree, is to think evidence qualified by the scientific method and evidence ‘qualified’ by religious beliefs are the same thing. Moreover, there is also a distinction between the faith to deal with the unknown and the special kind of faith the judge has: Even when it is known that peacocks have sex, he actually believes the complex and familiar form of physical exertion peacocks and peahens engage in is only a complex way of drinking tears.

Scientific evidence is not a free-for-all, for anyone to define, claim or perpetuate. Consider, for example, particle physics, the realm of study in which the Higgs boson belongs. Particle physicists using experiments like the Large Hadron Collider in Geneva cannot make observations that are a 100% accurate thanks to the quirks of quantum physics. As a result, they repeat each experiment millions of times, make tens of millions of observations, and try to reduce the chances of a mistaken result to 1 in 3.5 million before an observation is admitted into the halls of fact. That threshold does not budge. But even then, well-substantiated disputes are considered.

“Religious evidence” on the other hand, by virtue of having no checks required against it, cannot be accorded the same value, status or meaning. It is indeed a free-for-all affair, although there are pieces of it that may be regarded better if they have accrued value over time or through association. For example, even if the 20th century’s more well-known philosophers of science – Thomas Kuhn, Karl Popper and Paul Feyerabend –  disagreed about what demarcated science from pseudoscience, all three could agree that there were qualitative differences between astrology and science that could not bridged. As Paul Newall summarised in The Kindly Ones,

The problem that [Popper] identified and sought to capture, through his emphasis on testability, was his insistence that astrologers are not interested in the possibility of their claims being falsified, such that any failures can be accounted for without danger to the overall theory. … [Kuhn’s criticism was that] although failures existed and were accepted, they could be explained within the tradition and hence did not give rise to puzzles that needed to be solved. [For Feyerabend,] although astrology’s exponents exhibit tenacity, especially in the face of difficulties, there is no attempt to enhance the defence of this tenacity and no proliferation of alternatives.

Sharma erred in equating “scientific evidence” and “religious evidence”, when for the latter he probably meant dogma. This, in fact, is where most of the Hindutva brigade, with its fantastical claims, errs.

In this mess, recognising science’s place is just as important as recognising religion’s place so we do not begin insisting – misguidedly – that scientific evidence has to be everything.