'Magic Islands' of Titan's Lakes Could Be Streams of Nitrogen Bubbles

The results are relevant for future lander-probes to Titan – and to understand the surface chemistry of the only other body in the Solar System known to have liquids on its surface. 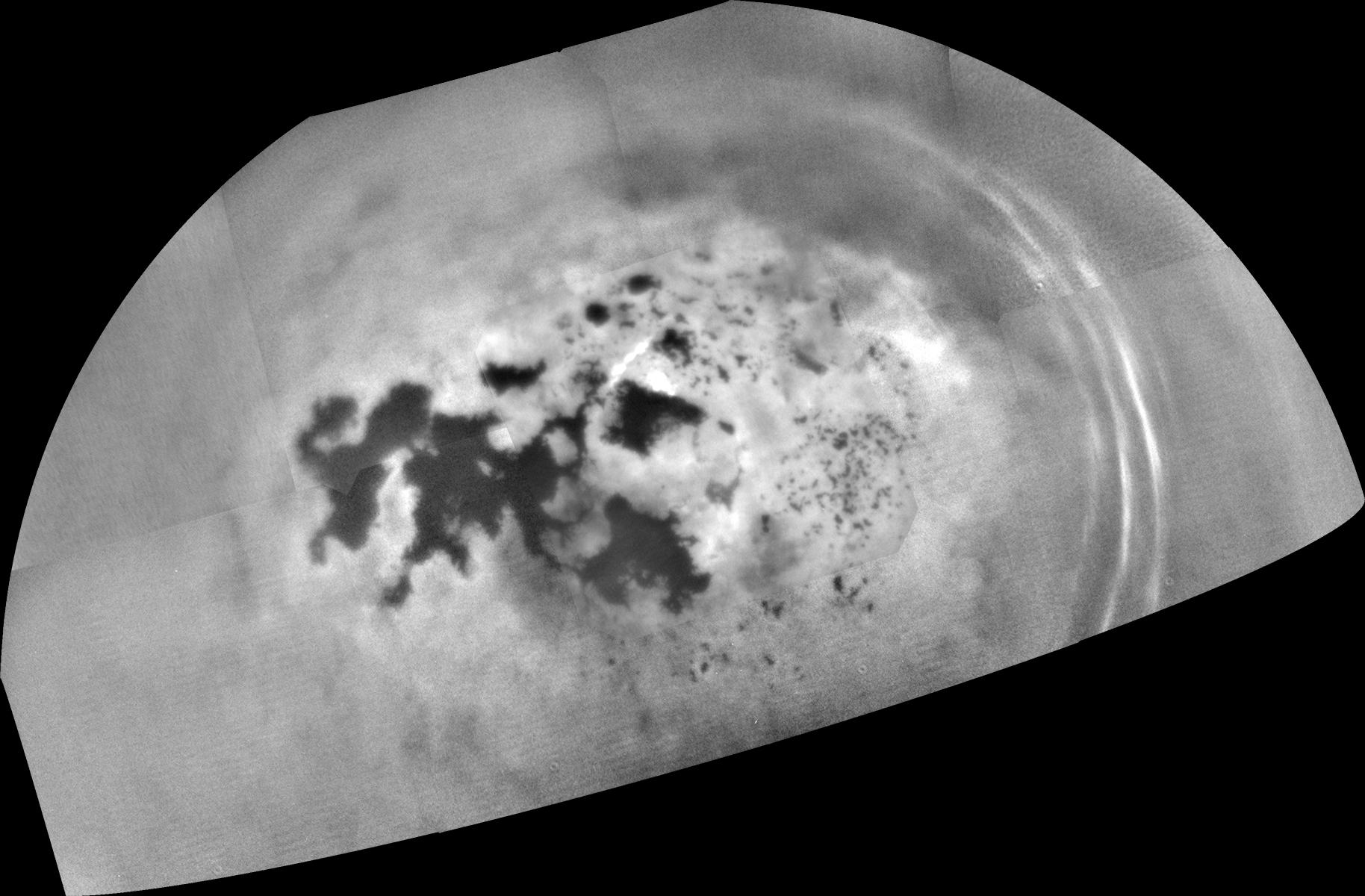 A shot by Cassini of the lakes Kraken Mare and Ligeia Mare near Titan's north pole. Credit: NASA

Titan is one of the more fascinating bodies in the Solar System. It is Saturn’s largest moon – larger than Mercury – and is the only body other than Earth in the system to have liquids on its surface. Now, researchers from Mexico and France have found that the conditions exist in which the lakes of nitrogen, ethane and methane around Titan’s poles could be fizzy with nitrogen bubbles. In technical terms, that’s nitrogen exsolution: when one component of a solution of multiple substances separates out. In this case, the nitrogen forms bubbles and floats to the surface of the lakes, becoming spottable by the Cassini probe. The results were published in the journal Nature Astronomy on April 18.

The Cassini probe has been studying Saturn and its moons since 2004. In 2013, its RADAR instrument – which makes observations using radio-waves – found small, bright features on some of Titan’s lakes that winked out over time. These features have been whimsically called ‘magic islands’ and there has been speculation that they could be bubbles. The Mexican-French study provides one scientific form for this speculation.

The researchers used a numerical model to determine how and why the nitrogen could be degassing out of the lakes. Specifically, they extracted estimates of the temperature and pressure on the surface and interiors of the Ligeia Mare lake from past studies and then plugged them into simulations used to predict the properties of Earth’s oil and gas fields. They found that the bubbles could form if the solution of methane, ethane and nitrogen was forced to split up at certain temperatures and pressures. So, the researchers had to figure out the simplest way in which this could happen and then the likelihood of finding it happening in a Titanic lake.

When the lake’s innards are not forced to split up, they’re thought to exist in a liquid-liquid-vapour equilibrium (LLVE). In an LLVE, two liquids and a vapour can coexist without shifting phases (i.e. from liquid to vapour, vapour to liquid, etc.). The researchers write in their paper, “In the laboratory, LLVEs have been observed under cryogenic conditions for systems comparable to Titan’s liquid phases: nitrogen + methane + (ethane, propane or n-butane).” While cryogenic conditions may be hard to create on Earth’s surface, they’re the natural state of affairs on Titan because the latter is so far from the Sun. The surfaces of its lakes are thought to be at 80-90 K (-190º to -180º C), with the lower reaches being a few degrees colder. 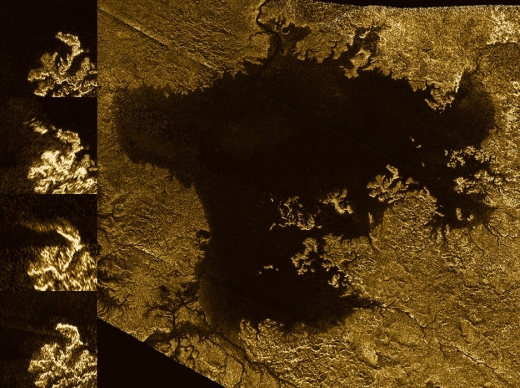 For an LLVE-like condition to be disrupted, the researchers figured the lake itself couldn’t be homogenous. The reasons: “A sea with a homogeneous composition that matches that required for the occurrence of an LLVE at a specific depth is an improbable scenario. In addition, such a case would imply nitrogen degassing through the whole extent of the system.” So in a simple workaround, they suggested that the lake’s upper layers could be rich in methane and the lower layers, in ethane. This way, there’s more nitrogen available near the surface because the gas dissolves better in methane – and also because it could be dissolving into the top more from the moon’s nitrogen-rich atmosphere.

Over time, the lake’s top layers could be forced to move downward by weather conditions prevailing above the lake, and push the material at the bottom to the top. But during the downward journey, the rising pressure breaks the LLVE and forces the nitrogen to split off as bubbles. Given the size and depth of Ligeia Mare, the researchers have estimated that nitrogen exsolution can occur at depths of 100-200 m. The bubbles that rise to the top can be a few centimetres wide – not too small for Cassini’s RADAR instrument to spot them, as well as in keeping with what previous studies have recorded.

Of course, this isn’t the only way nitrogen bubbles could be forming on Ligeia Mare. According to another study published in March, when an ultra-cold slush of ethane settling at the bottom of the lake freezes, its crystals release the nitrogen trapped between their atoms. Michael Malaska, of NASA’s Jet Propulsion Lab, California, had said at the time:

In effect, it’s as though the lakes of Titan breathe nitrogen. As they cool, they can absorb more of the gas, ‘inhaling’. And as they warm, the liquid’s capacity is reduced, so they ‘exhale’.

The Mexican-French researchers are careful to note that their analysis can’t say anything about the quantities of nitrogen involved or how exactly it might be moving around Ligeia Mare – but only that it pinpoints the conditions in which the bubbles might be able to form. NASA has been tentative about sending a submarine to plumb the depths of another Titanic lake, Kraken Mare, in the 2040s. If it does undertake the mission, it could speak the final word on the ‘magic islands’. Ironically, however, NASA scientists will have to design the sub keeping in mind the formation of LLVEs and nitrogen exsolution.

But won’t the issue be settled by then? Maybe, maybe not. Come April 22, Cassini will fly by Titan’s surface at a distance of 980 km, at 21,000 km/hr. It will be the probe’s last close encounter with the moon, as mission scientists have planned to take a look at some of the smaller lakes. After this, the probe will fly a path that will take it successively through Saturn’s inner rings. Finally, on September 15, NASA will perform the probe’s ‘Grand Finale’ manoeuvre, sending it plunging into Saturn’s gassy atmosphere and unto its death, bringing the curtains down on a glorious 13-year mission that has changed the way we think about the ringed planet and its neighbourhood.