A planet’s atmosphere is what we need to be studying the most if and when we’re looking for signs of life. 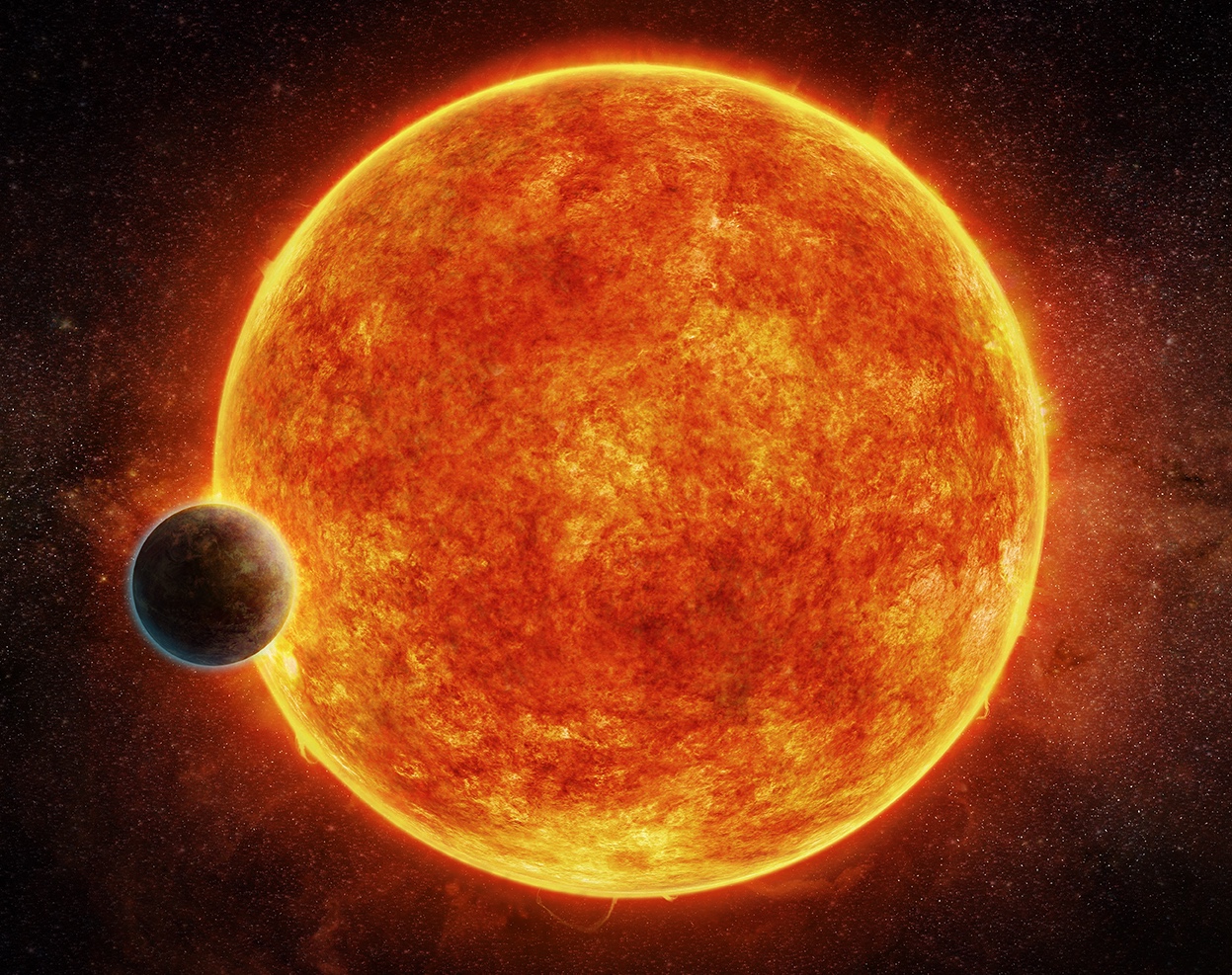 Bengaluru: A super-Earth has been discovered orbiting a cool M dwarf star 39 lightyears away. It lies in the habitable zone and can potentially hold liquid water on its surface. Crucially, it is also close enough for us to study its atmosphere and hunt for signs of life in the near-future.

Some telescopes observe celestial bodies and photograph them or record their data as a single entity. Others are an array: a series of two or more telescopes that are geographically separated either by meters or several kilometres. Arrays record the same object from different locations, thereby enhancing the image or data of the subject. A group of arrays can come together to study the same objects for even better results. The MEarth project consists of two arrays of eight telescopes: one in the northern hemisphere at the Fred Lawrence Whipple Observatory (FLWO) in Arizona, and the other in the southern hemisphere, at the Cerro Tololo Inter-American Observatory, Chile.

Currently, the MEarth project is studying small stars that are less than a third the size of the Sun. They are also close, less than 100 light years away. The telescopes stare at these stars for a long time, looking for tiny dips in their brightness – a sign that an orbiting planet has just moved between the star and us. They study each star on their list for a while and move on if nothing is detected. Beginning in 2014, the project has been studying an M-dwarf star. These stars comprise the most common type in the Milky Way, with over 75% of them being M-dwarfs.

The star being studied by the FLWO and Cerro Tololo is called LHS 1140, 39 lightyears away in the direction of the constellation Cetus. Its mass is less than 15% of the Sun’s and its size, less than a fifth.

On September 15, 2014, the MSouth array in Chile recorded a transit. This triggered an automatic workflow in the computers for follow-up monitoring, which in turn caused the giant dishes of the MNorth array to swivel towards the star. MNorth immediately took hundreds of pictures of the region to rule out any errors through interference of light from other stars. These pictures also recorded additional transits – so much so that they allowed astronomers to predict a transit that’d occur in September 2016, picked up by a telescope in Perth.

There is another method to detect exoplanets. Each planet that goes around a star exerts a tiny but non-negligible gravitational force on it. Effectively, the star and the planet orbit around a mutual centre, which falls somewhere inside the star for most planets. But when the planet is not visible, it is possible to observe the motion of the star and determine how much it is being moved by the planet’s gravity. This is done using the Doppler effect. When the star moves away from us, its light is red-shifted; when it moves towards us, the light is blue-shifted. When this shifting occurs in a repeating pattern, we can deduce that a planet is tugging on the star and so calculate its mass. This is called the radial velocity method. Between November 23, 2015, and December 13, 2016, 144 radial velocity readings were taken by telescopes in Chile to confirm the planet’s mass. 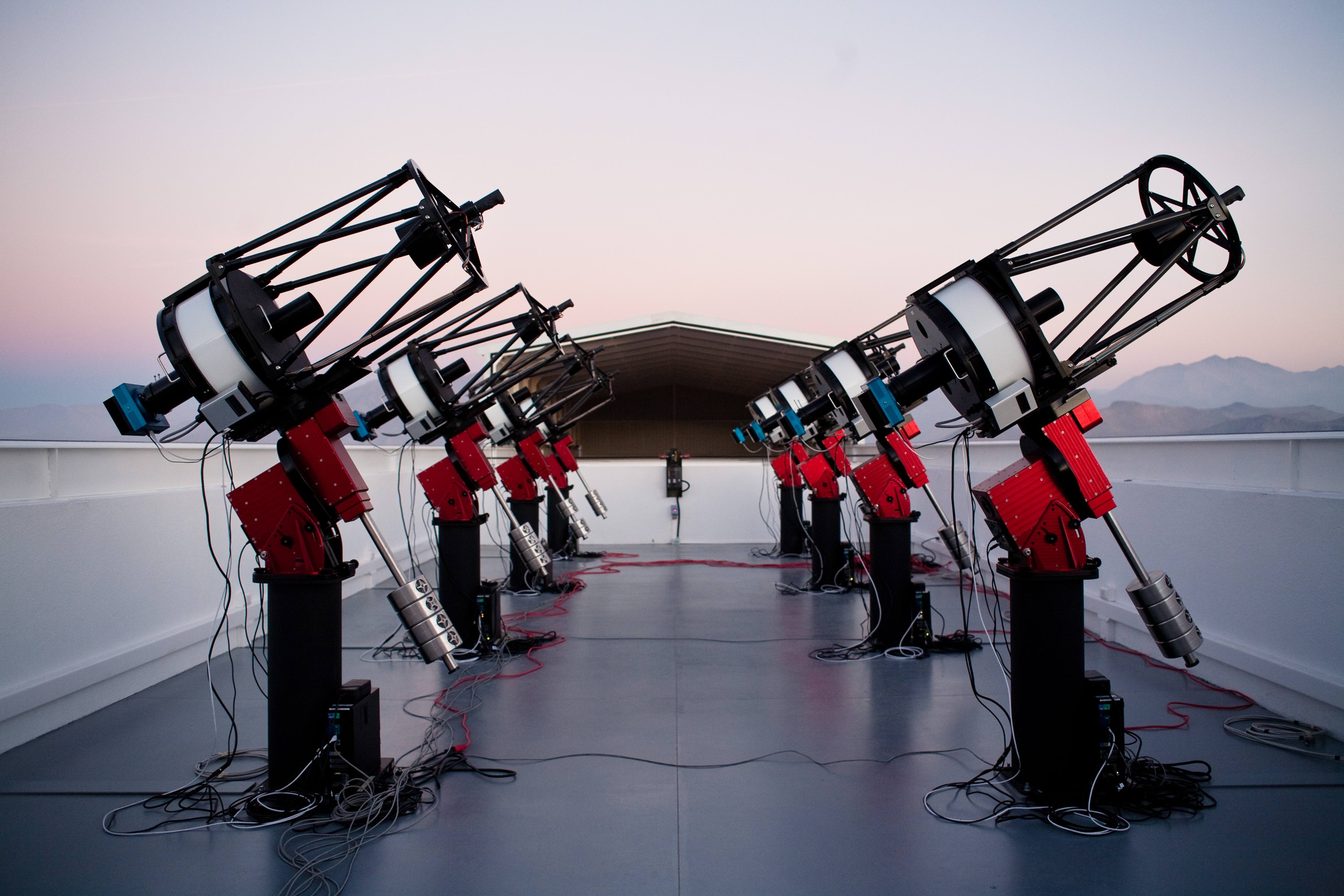 The MEarth-South telescope array, located on Cerro Tololo in Chile, searches for planets by monitoring the brightness of nearby, small stars. Caption and credit: Jonathan Irwin

Anyway, we know that there is a planet around the star LHS 1140, named according to convention as LHS 1140b. It is over six-times as massive as Earth and about 1.5-times larger – fitting the description of a so-called ‘super Earth’: It’s bigger and more massive than Earth but smaller and less massive than the next biggest planet, Neptune.

But what’s really special about LHS 1140b, in a time when so many exoplanets are being discovered, is that it lies in the habitable zone of its star and could be hosting liquid water on its surface. Moreover, it is also close enough for ground-based telescopes on Earth to study its atmosphere.

A planet’s atmosphere is what we need to be studying the most if/when we’re looking for signs of life. If the atmosphere is thick and full of carbon dioxide, like Venus, it would be too hot to hold life or water. Life would also be unsustainable if it’s too thin and wispy like Mars, with all the water locked up as ice. But if it is anything like Earth’s, we will have reason to hope. The oxygen on Earth for example is created and sustained solely by photosynthesis, an electrochemical reaction exclusive to life.

There are also lessons to glean from, and apply to, the TRAPPIST-1 system whose discovery was announced in February this year. TRAPPIST-1, 40 lightyears from Earth, is orbited by six potentially habitable worlds. They are rocky like Earth, and similar in density and mass. The astronomers were also able to confirm that the atmospheres of two of these planets did not contain hydrogen – as the atmospheres of many inhospitable planets do. This information, together with their rockiness, offers hope that future observations can pick up on signs of life.

While these planets are 40 lightyears away, LHS 1140b is a negligible one lightyear closer. Between them, as Didier Queloz, who co-led the discovery of the TRAPPIST-1 system, has said, “You can now move on from talking about the possibility of life on other planets to measuring the data on the planets.” This doesn’t guarantee the presence of life, of course. But we are now definitely one step closer to determining conclusively if an exoplanet can hold life.

In fact, one of our best chances of studying planets and perhaps detecting a familiar atmosphere lies with the James Webb Space Telescope (JWST). NASA, its maker, has slated its launch for 2018. Once online in orbit around Earth, the JWST will succeed the Hubble space telescope as our best eye in the sky.