The allegations include trying to force a woman into sex, grabbing a woman's breast in public and telling a female employee he will buy her birth control pills so she doesn't go on maternity leave. 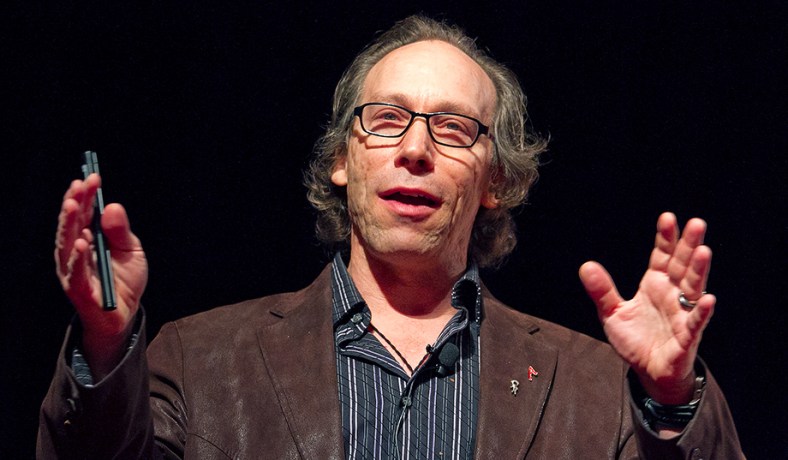 How many times must a man be accused of sexual harassment before people even begin to believe it’s true?

Many, many, many, a recent BuzzFeed News article on celebrity rationalist and atheist Lawrence Krauss has shown (again).

Krauss, a theoretical physicist, is a well-known name in the skeptic community – a group that rejects all forms of belief that do not rely on science, reason and evidence. A professor in the School of Earth and Space Exploration at Arizona State University, he is also the founder director of the Origins Project, “created to explore humankind’s most fundamental questions about our origins”.

“He has been involved for some time in issues of science and society and has helped spearhead national efforts to educate the public about science, ensure sound public policy, and defend science against attacks at a variety of levels. … Krauss is one of the few prominent scientists today to have actively crossed the chasm between science and popular culture,” according to his profile on the Arizona State University website.

In keeping with his ‘take science to the people’ stance, Krauss regularly writes for the New Yorker and the New York Times, tweets his views to his 475,000 followers, and has even made a documentary, The Unbelievers, in collaboration with evolutionary biologist Richard Dawkins.

By all definitions, Krauss is famous and successful; many young people see him as an inspiration. And none of that fame or success has been tempered by the fact that for at least a decade now, women have been alleging unwanted advances, inappropriate behaviour and even outright incidents of sexual violence.

Based on statements from some women who have spoken against him, universities and conference organisers who have seen complaints, and even eyewitnesses who saw him grope a woman, BuzzFeed News has detailed a number of incidents involving Krauss.

Take the case of Melody Hensley, who met Krauss in November 2006.

She was then a 29-year-old make-up artist, but she ran an atheist blog in her free time and volunteered for the Center for Inquiry (CFI), a nonprofit group committed to promoting science and reason above faith. She was then hoping to get a full-time job with the movement. Krauss was one of her idols.

Meeting him at the sidelines of a CFI conference, Hensley told BuzzFeed News that the first red flag should have been when Krauss asked her if she was “of age”. She brushed it aside, excited to meet him and talk. Over email, he invited her for dinner; she accepted.

When Hensley met Krauss at his hotel, he asked her to come up to him room while he finished some work. Once there, though, it looked like he had no plans to go anywhere. According to BuzzFeed News,

Then, Hensley said, Krauss made a comment about her eye makeup, and got very close to her face. Suddenly, he lifted her by the arms and pushed her onto the bed beneath him, forcibly kissing her and trying to pull down the crotch of her tights. Hensley said she struggled to push him off. When he pulled out a condom, Hensley said, she got out from under him, said “I have to go,” and rushed out of the room.

When asked, Krauss said that the incident was consensual and “we mutually decided, in a polite discussion in fact, that taking it any further would not be appropriate”. However, Hensley’s then boyfriend confirmed that she told him that night about Krauss making her uncomfortable. Years later, she told him and her colleagues at CFI the full story.

This is just one of the many cases women have mentioned. Another one, involving a woman who wanted a selfie with Krauss and ended up allegedly having her breast grabbed, took place in public. Three eyewitnesses – attending the same conference – confirmed to BuzzFeed News that they saw what happened.

The alleged harassment also goes beyond the predatory – Krauss apparently once told a female employee that he would buy her birth control pills to ensure that she does not get pregnant and go on maternity leave.

Krauss has denied all the allegations against him, calling them“false and misleading defamatory”. All celebrities have this kind of problem, he said when asked about the multiple allegations. “It is common knowledge that celebrity attracts all forms of negative attention from many different angles. There is no pattern of discontent revealed here that suggests any other explanation,” Krauss told BuzzFeed News in an email.

Did no one know? Was no action taken?

For serial offenders of the kind that Krauss allegedly is, it is impossible that the whisper networks had nothing to say. Many women quoted by BuzzFeed News said that while they didn’t file official complaints (though some did), they did tell people what happened. Others have said that they were specifically warned about Krauss before attending conferences he was also to be at.

At Case Western Reserve University, where Krauss spent 15 years teaching physics, a complaint was filed by a student who went to interview him and was instead asked out to dinner. The university reportedly told him that his behaviour violated the sexual harassment code; he could no longer contact the student in question and had to seek permission before entering the campus. He left for Arizona State University soon after.

Some CFI staff members were also wary of Krauss’s behaviour. In 2013, Patricia Beauchamp, CFI’s business and finance manager, told the organisation’s then president in an email that she did not want Krauss to be invited on a cruise to the Galapagos islands. “His behavior on past trips has been offensive to many and this is a very expensive and small vessel.” The president, Ronald Lindsey, asked Beauchamp for evidence, which she provided. Krauss was invited anyway.

In August 2013, Jen McCreight, then a biology PhD student, wrote a blog post specifically about Krauss and what the whisper networks said about him, along with the testimonies of two anonymous women. Krauss left a comment denying her allegation; she took the post down. According to BuzzFeed News,

“Well, Famous Skeptic is vaguely threatening to sue me,” McCreight wrote the day after her initial post was published. “Since Famous Skeptic is rich and I am poor, and since my two sources are too terrified to openly speak out,” she said, “I have removed the part of my previous post that refers to him so I don’t go bankrupt with legal fees.”

While Krauss has denounced sexist behaviour in the past, even his track record on public statements is far from perfect. In April 2011, he publicly defended Jeffrey Epstein, a financier – and one of the top donors of the Origins Project – who was accused of soliciting prostitution from an underage girl. He was in a Florida jail for 13 months.

“As a scientist I always judge things on empirical evidence and he always has women ages 19 to 23 around him, but I’ve never seen anything else, so as a scientist, my presumption is that whatever the problems were I would believe him over other people,” Krauss had said then.

Krauss has tweeted a link that called #MeToo movement of 2017 a “Warlock Hunt”. 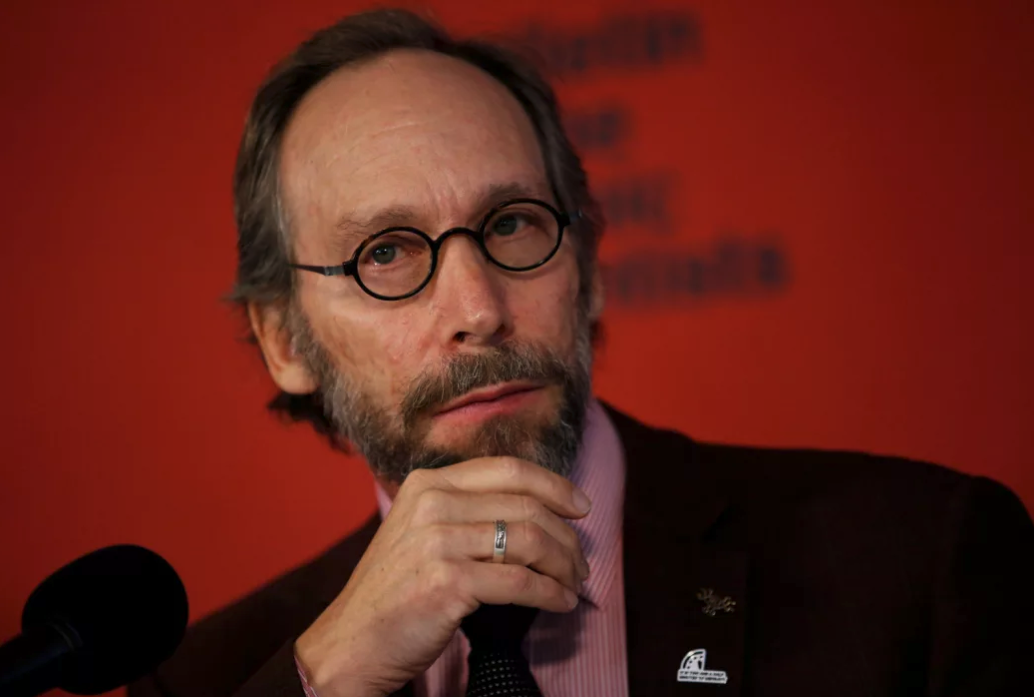 Krauss at a press conference for the Bulletin of the Atomic Scientists on January 25, 2018. Credit: Reuters/Leah Miller

Why it’s hard to speak out

Just like most other communities out their, internal sexism has been a cause for concern for many women associated with the skeptic and atheist movements.

Rebecca Watson is a prominent feminist skeptic who runs her own website, podcast and YouTube channel. In June 2011, she posted a video where she talked about the men in the movement, documenting the uncomfortable and inappropriate comments she had received. To say that it was not well received would be a big understatement. She wrote about her experience on Slate,

My YouTube page and many of my videos were flooded with rape “jokes,” threats, objectifying insults, and slurs. A few individuals sent me hundreds of messages, promising to never leave me alone. My Wikipedia page was vandalized. Graphic photos of dead bodies were posted to my Facebook page.

Twitter accounts were made in my name and used to tweet horrible things to celebrities and my friends. (The worst accounts were deleted by Twitter, but some, such as this one, are allowed to remain so long as they remove my name.) Entire blogs were created about me, obsessively cataloging everything I’ve ever said and (quite pathetically) attempting to dig up dirt in my past.

It wasn’t just unknown followers who were subjecting her to this kind of treatment. Dawkins, who she had met in the past, left her a sarcastic comment on another women’s blog:

But stop whining, will you. Think of the suffering your poor American sisters have to put up with. Only this week I heard of one [referring to Watson], she calls herself Skep”chick”, and do you know what happened to her? A man in a hotel elevator invited her back to his room for coffee. I am not exaggerating. He really did. He invited her back to his room for coffee. Of course she said no, and of course he didn’t lay a finger on her, but even so …

Prominent atheist author Sam Harris has also been known to make sexist generalisations about women, calling them humourless, and saying that a “critical posture” is “intrinsically male”. Amanda Marcott wrote in AlterNet about an interview he gave Washington Post:

First, he warmed up with the “women are humorless” gambit, declaring his “estrogen vibe” comment a joke that simply flew over female heads. He then moved on to produce an awesome cornucopia of sexist blather: Women’s value is their service to men. (“I was raised by a single mother. I have two daughters. Most of my editors have been women, and my first, last, and best editor is always my wife.”) Women’s inherent desire to serve rather than lead explains their second-class status. (“For instance, only 5 percent of Fortune 500 companies are run by women. … How much is due to the disproportionate (and heroic) sacrifices women make in their 20s or 30s to have families?”) Putting women on a pedestal is better than treating them like equals. (“I tend to respect women more than men.”) Women who don’t defer to men are bitchy. (“However, I don’t think I’ll ever forget the mixture of contempt and pity my words elicited from this young woman.”)

In a field or movement dominated by men, it has a large impact when men in prominent positions – looked up to by a large number of people, like Krauss, Dawkins and Harris are – take positions that undermine women’s voices. In a situation like that, it’s not hard to understand why allegations of sexual harassment are buried for years, and why women find it hard to find safe spaces to raise certain issues.