The world is yet to react to the study but there will surely be murmurs of discontent from sportspeople. Many of them have continued to argue that taking performance-enhancing drugs makes for a level playing field. 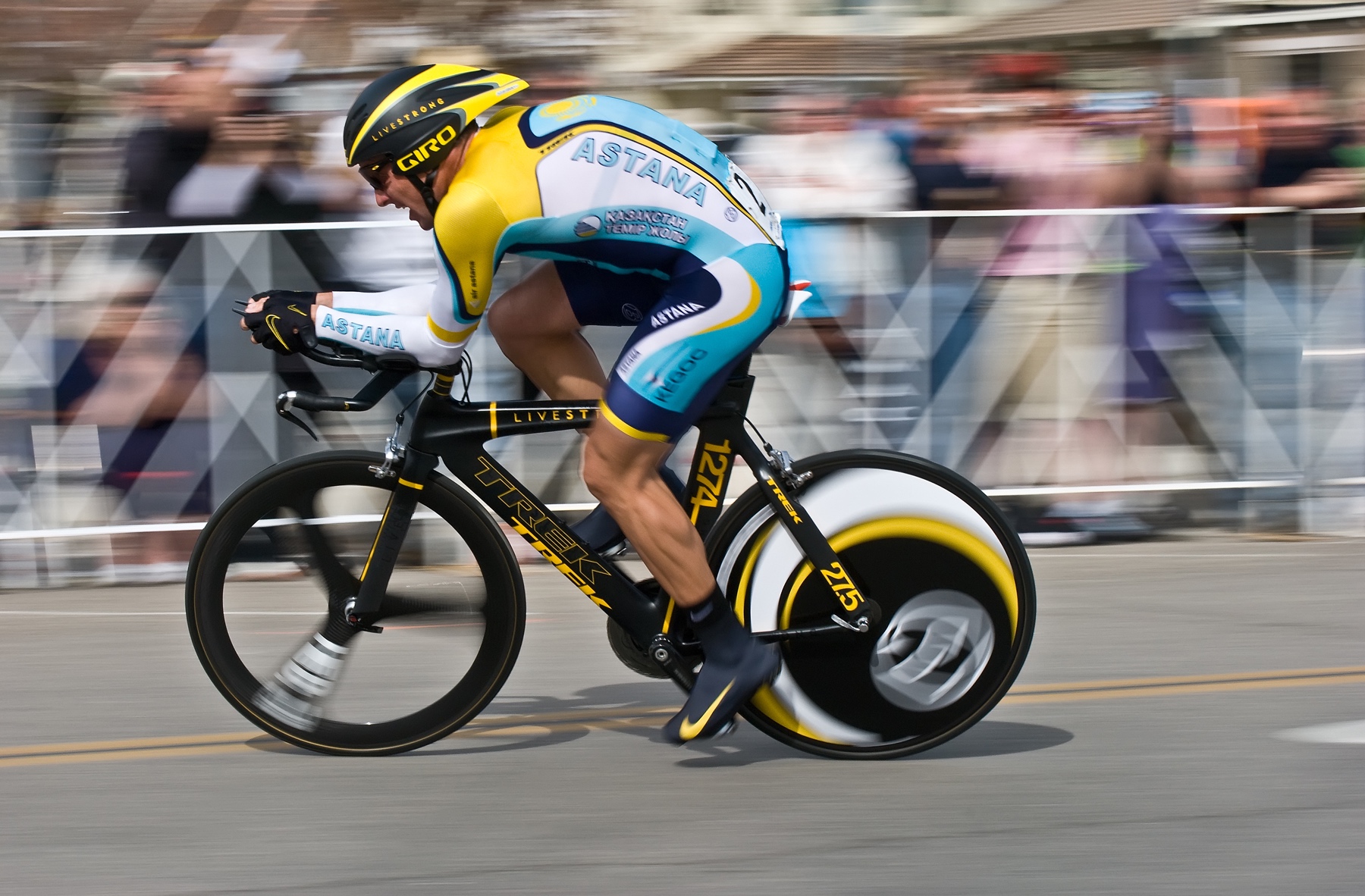 Lance Armstrong during the 2009 Tour of California. Credit: puliarfanita/Flickr, CC BY 2.0

The year’s Tour de France (TDF) has begun, and Geraint Thomas has won the first stage, becoming the first Welshman to wear the famed yellow jersey. The TDF is a gruelling long-distance cycling race that covers 3,500 km in over three weeks, around France and its bordering states. The competition is more than a century old and has been held every year since 1903 except during the two world wars. It is among the most physically demanding sporting events in the world.

Its most infamous participant has been Lance Armstrong, who won the TDF seven times, all consecutively from 1999 to 2005. The wins gave him legendary status in the sporting world and won him millions of dollars. In this period, Armstrong would confidently rebuke any concerns of doping directed at him: “I have been tested 500 times, and have never been found positive.” However, the rumours continued to swirl around him and the American government initiated an inquiry. In 2012, the country’s anti-doping agency confirmed the suspicions of many and stripped him off all titles, including the seven TDF wins. Armstrong publicly conceded that he had used performance-enhancing drugs (PED) to win all of them on a TV show televised in 2013.

Soon after he had won his last title in 2005, a French newspaper had published evidence that Armstrong had used erythropoietin (EPO) during his 1999 win. His urine had shown traces of corticosteroids, but this was dismissed by Armstrong and his team’s management as the result of a steroid ointment he claimed he had used for saddle sores. One of his fiercest rivals, Jan Ullrich from Germany, went on record later in 2013 to state that Armstrong should not have been stripped of his titles because every other top cyclist was using EPO and other PEDs at the time. As it happens, Ullrich had also been stripped of his 1997 TDF title because he, too, had tested positive for banned substances.

Tyler Hamilton, an American cyclist who had ridden alongside Armstrong for the Postal team in the TDF and also an outstanding endurance cyclist, wrote a gripping account of the doping epidemic in his book The Secret Race. He and most other cyclists have justified the use of PEDs to improve results because, according to them, it was ingest/inject or perish in the competition circuit. Wins, or at least finishing among the top few was, crucial to earn a decent wage and continue cycling professionally.

EPO was a common agent in these practices. It is a chemical secreted by the kidneys that galvanises the bone marrow to produce more red blood cells (RBCs). RBCs carry oxygen to the muscles and organs, and the more RBCs there are, the greater the ability to transport oxygen in the human body. A measure of their population is called the haematocrit; technically, it is the percentage of RBCs in the blood by volume. The greater its value, the more efficiently the body uses and consumes energy. The normal value is around 45 in men and around 40 in women. Before the presence of EPO could be tested for (in the late 1990s to early 2000s), it was mandatory for cyclists to have a heamatocrit at 50% or less. The trick was to somehow inject EPO into their bloodstream but to never allow the haematocrit to go above 50.

The usual method of injecting EPO was 2,000 units, subcutaneously, every second or third day. Soon, many were advised by their doctors to indulge in micro-dosing: injecting 400-800 units of EPO intravenously. The smaller intravenous dose ensured that the RBCs received an adequate boost without giving away the presence of EPO. A capsule of testosterone was also ingested once or twice a week until doctors realised that this, too, could be micro-dosed. Testosterone helped by increasing muscle strength and accelerating recovery after a hard workout – or a single stage of the TDF.

There was also widespread use, and abuse, of the human growth hormone and corticosteroids. Each one of these drugs – or when used in combination – improved performance by leaps and bounds. A single point increase in the haematocrit value translated in at least a one-point increase in work output. And even a fraction of that increase was sufficient to secure a top-level finish in the TDF.

Against this tumultuous backdrop, a team of Dutch scientists have found that the use of EPO does not provide any athletic advantage. Their results are described in the June 28 issue of the medical journal The Lancet. They conducted a double-blind randomised study against the well-known background that PEDs are forbidden in sports. They studied 48 amateur male cyclists, divided into two groups and randomly administered either 6,000 units of EPO or the placebo – both per week – to them over two months (without either doctors or the cyclists knowing who was in which group).

At maximal exercise, the work output and maximal oxygen consumption was greater in the EPO group as compared to the placebo group. However, the authors concluded that there was no difference in work output or maximal oxygen consumption at sub-maximal exercise or during road-race efforts. Armstrong will certainly make note of this study: it has effectively shown that, despite a gruelling 21.5-km climb, preceded by a 110-km cycle race, there could have been no difference in results between an EPO injection and a dummy injection.

The study could not include professional athletes because of the prevailing doping rules, and so the researchers selected the fittest amateur cyclists they could find. The lead author laments that Armstrong lost his titles, his iconic status and his reputation for likely nothing. Ironically, the magazine Cycling Weekly reported on June 29 that the Dutch cyclist Jure Kocjan had been handed a four-year ban after a 2012 sample tested by the International Cyclists Union (ICU) positive for EPO. One now waits with bated breath for the first doping offender to quote this Dutch study in his appeal and defence.

But it is important to bear in mind that a larger study over a greater duration is needed to corroborate the inference of the small Dutch trial that EPO is no better than a placebo or dummy as a performance enhancer in sports, and that it merely provides some sort of a psychological advantage to the user. Also amateur cyclists were studied for too short a time to adequate test endurance required in the major tours of the world. Perhaps a future study will include amateur cyclists over at least 10 continuous days during which they cycled regularly, allowing for their haematocrit to drop. Then, half of them could be injected with EPO and the results recorded after another five to seven days of cycling.

The world is yet to react to the  study but there will surely be murmurs of discontent, and astonishment, from sport scientists and coaches the world over. Many of them have continued to argue that taking PEDs makes for a level playing field. There is also the physiological contention that how each individual responds to EPO can be different; every recipient will not perform better in a uniform manner. For example, a high haematocrit can lead to thrombosis, stroke and heart attacks. Too many RBCs can cause the blood to thicken and make it harder to be pumped by the heart. It is known that many cyclists would wake up in the dead of night to exercise in order to pump the thick blood in their bodies. Then again, the EPO supposedly allowed them to do this as well.