The dilly-dallying by ministries over their financial commitments is a sign that they are still wary of making the leap from academic research to product development. 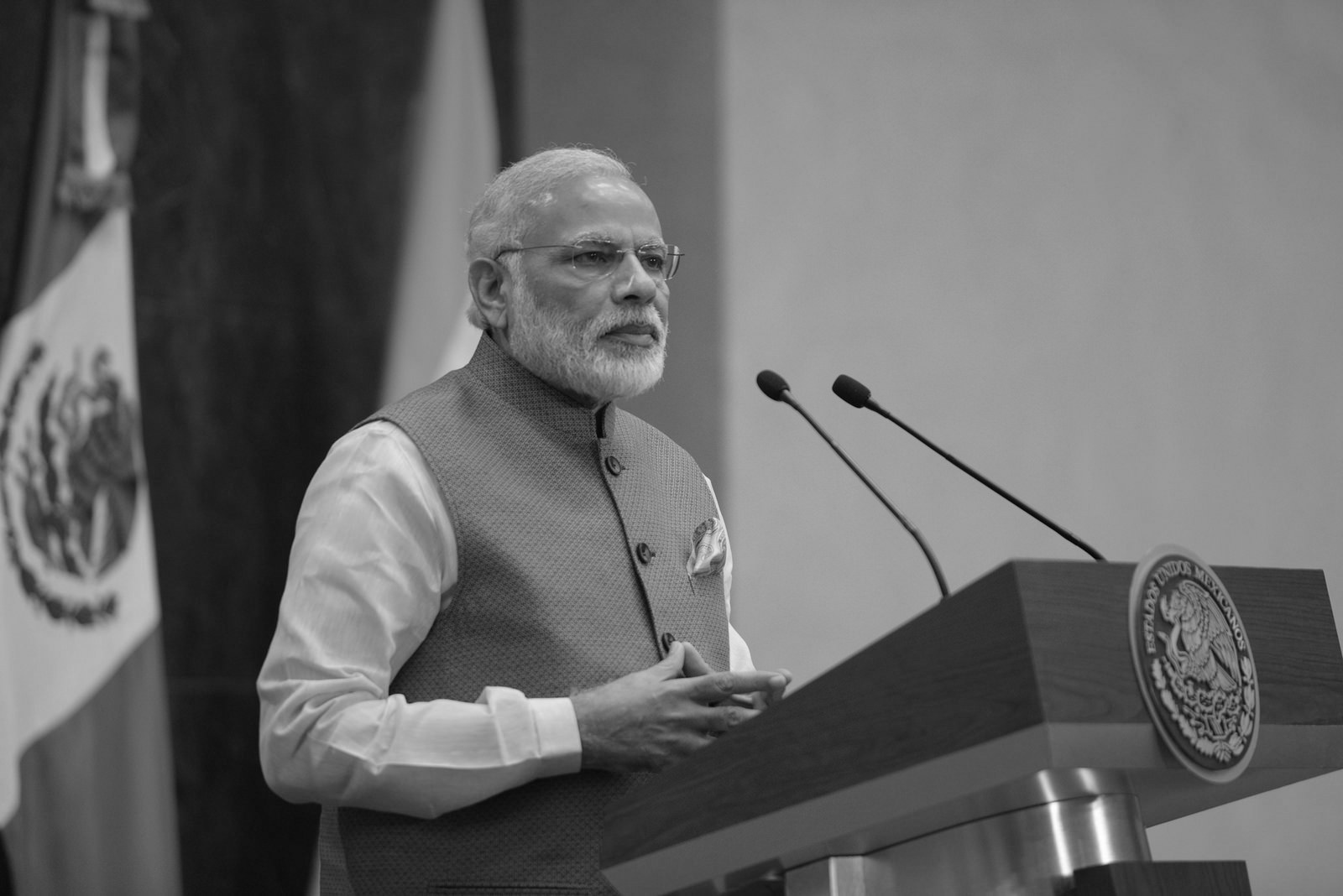 Prime Minister Narendra Modi, who flagged off the IMPRINT Initiative in November 2015. Image from June 2016. Credit: presidenciamx/Flickr, CC BY 2.0

On November 5, 2015, several of India’s top academics gathered together in the Durbar Hall of New Delhi’s Rashtrapati Bhavan, a room that has hosted ceremonies of great significance, including the swearing-in of India’s first prime minister in 1947. The occasion was the launch of an ambitious government-funded program to kickstart technological innovation in India. The catchily christened IMPRINT Initiative, an abbreviation for ‘Impacting Research Innovation and Technology’, had the blessings of Prime Minister Narendra Modi and President Pranab Mukherjee, both of whom attended the launch.

India has never had a great track record in product-oriented research, and imports technologies in areas such as defence and healthcare at a high cost. The Rs-1,000-crore project aimed to fill this gap by quickly developing products out of existing knowhow in ten key scientific areas: healthcare, security and defence, manufacturing, advanced materials, nanotechnology, water resources, information and communications technology, energy, manufacturing, and environment and climate change. The plan was for the Ministry of Human Resources Development (MHRD) to fund 50% of the cost of each project under IMPRINT – approximately Rs 4 crore – while the ministry of some other sector, which would benefit from the project, would provide the rest.

A year after its high-profile launch, however, IMPRINT has hit an unlikely roadblock. As of today, only 79 out of the 259 projects identified for IMPRINT have full funding. The problem is that even through the human resources ministry is willing to provide its share, the partnering ministries, such as the Ministries of Power, of Electronics and Information Technology and of Defence, among others, are dragging their feet in doling out the dough. This leaves 180 projects in the lurch – unless they can find other funders for themselves, such as private corporations or state-government agencies.

The lead researchers behind these projects, who took the fanfare of the IMPRINT launch to mean that it would progress without hitch, are peeved. “This is a setback,” says Arindam Ghosh, the co-convener of the nanotechnology domain of IMPRINT, under which only two of 21 approved projects are being funded for now. Ghosh himself had submitted a project to develop an infrared detection tool. Because it could be used for any of several applications, including intruder-detection systems and to identify rotting fruits in agricultural markets, Ghosh had named the agricultural, environment, defence and health ministries as possible funders for his project. None of these ministries have taken the baton.

To be sure, the initiative has by no means come to a full stop, say IMPRINT insiders. What has happened is merely an unexpected delay. “Funding was expected, because the ministries had signed a Memorandum of Understanding, but maybe they are not ready with the funding, or maybe the budget provision doesn’t exist,” said Indranil Manna, the director of IIT Kanpur and the national convener of IMPRINT. The human resources ministry and Manna’s team are now following up with other ministries, trying to convince them to buy in. Manna says some of the ministries will now review the projects on their own.

Such a repeat review is unexpected and would be a duplication of the work that has already happened. The process of selecting the projects under IMPRINT was rigorous, say insiders. The initial call for proposals brought in 2,600 ideas from across the 23 Indian Institutes of Technologies (IIT) and the Indian Institute of Science, but after a stringent three-stage evaluation, nearly 90% were rejected, leaving only 259. In the nanotechnology domain, for example, this meant that around 60 reviewers across the country evaluated between six and nine projects each over the past one year, says Ghosh. “Now we are saying, all the hard work is down the drain,” he says.

Involving partnering ministries in the review wasn’t part of the original plan. IMPRINT was inspired by the various Grand Challenges programs that have shaped policymaking across the world in the past few decades. For example, the US National Academy of Engineering identified fourteen grand challenges in 2008, including advanced personal-learning and engineering better medicines. Borrowing a leaf from the this approach, The IMPRINT team also identified 10 emerging areas of research, after which partnering ministries were invited to sign a memorandum of understanding indicating interest in them.

This was followed by a professional peer-review during which the partnering ministries were looped in about the results, according to a member of the IMPRINT review team who did not wish to be named. “If there were constraints in terms of availability of funding, the ministries should have brought this up at that stage,” he told The Wire.

This flip-flop has left IMPRINT researchers confused, but it is hard to say why it happened. “The inability of the ministries is mostly related to fund shortfalls,” R. Subrahmanyam, additional secretary to the MHRD, and who is coordinating IMPRINT, said. “In some cases, the ministries felt the projects were not of immediate interest. In some other cases, they wanted these projects to come through their gateways, all over again. So, there is no one reason for the failure to support.”

Some of the projects under IMPRINT align well with the Modi government’s technology priorities in general. In the February 2016 budget, the government raised its allocation to the ministry of new and renewable energy by a healthy 15%, in keeping with its ambitious target of installing 175 gigawatts of renewable-energy capacity by 2022. Even though the IMPRINT energy domain also focuses on renewable-energy technologies, only 13 of the 32 projects approved under this domain have funding so far. Similarly, during the launch of IMPRINT, Modi spoke about India’s exorbitant defence-import budget, arguing that funding an educational system that could reduce the defence budget by half would be a worthwhile investment. Yet, out of the 34 projects identified under IMPRINT’s security and defence domain, not one has been funded by the ministry of defence yet.

The case of the security and defence domain is unique – because this was one domain in which the partnering ministry was involved in reviewing projects from the start. As many as five officials of the Defence Research and Development Organisation (DRDO), a body under the ministry of defence, evaluated the projects together with two representatives from the IITs. Despite this, the DRDO plans to review the projects all over again. K.D. Nayak, a retired DRDO official who was part of the IMPRINT team, says this happened because the five officials could not speak for all of DRDO’s clusters, which have their own priorities in approving projects. DRDO has ten “technological clusters” that carry out research in different fields such as aeronautics, armaments and combat vehicles. Another spokesperson from DRDO told The Wire that the organisation had begun reviewing the IMPRINT projects again and had ‘technically approved’ 17 of them. It will now approach the ministry of defence for financial approval. “This is a long process. It will take time,” he said.

But V. Kamakoti, a professor at IIT Madras and a convener for the security and defence domain, is unfazed by these delays, believing the funding will come through. “We now have a pool of proposals that are of interest to the DRDO. The chapter is not closed,” he said. Pradeep P. Mujumdar, a civil-engineering professor at IISc and convener of the water-resources domain, which has funding for three of nine proposals, also sees an upside to IMPRINT despite delays. He believes that the exercise of soliciting and reviewing proposals has galvanised researchers to look at practical problems, which they weren’t doing before. “While the delay has been disappointing, we are not really shattered,” he told The Wire.

If funding doesn’t come through, some researchers may have to alter their projects or scale down. Abhik Chowdhury, an assistant professor at IISc’s department of materials engineering is one such researcher. Chowdhury’s proposal was to develop software that can model how any material, such as nickel or titanium alloy, changes at a mesoscopic level when it goes through industrial processes such as welding or heat treatment. Such software can be used by several industries, such as automotive or steel. Currently, the only commercially available software that can do this is a German product called MICRESS that costs close to EUR 60,000 (Rs 43.9 lakh). If the private corporations he is approaching for funds do not buy in, Chowdhury plans to distribute the software development among a large pool of students, instead of hiring skilled computer scientists as he had originally planned, “We are not dropping the idea. But the project will be slower and less focused,” he says.

Even though the IMPRINT coordinators insist the delay isn’t the end of the line, it is a dampener for researchers who saw the project as an opportunity to pursue goal-oriented research in subjects that continue to be heavily academic. “Both globally and nationally, nanotechnology today is a research subject. To give it a push and to get a commercial product out of it would have been a unique opportunity,” Ghosh, from the nano-technology domain, told The Wire. But the dilly-dallying by ministries over their financial commitments is a sign that they are still wary of making the leap from academic research to product development.

It is the very problem that IMPRINT set out to solve. The coming months will tell whether Indian government ministries have the commitment to solve it.