The hominin known as Lucy may not be the direct ancestor of humans.

The skull of the species Australopithecus anamensis, a fossil discovered in 2016 in Ethiopia, is seen in this photo released on August 28, 2019, in Cleveland, Ohio, US. Photo: Dale Omori/Cleveland Museum of Natural History/Handout via Reuters

The recent discovery of a 3.8m-year-old cranium (skull without the lower jaw) is the hottest topic of conversation among palaeoanthropologists right now. But fossils are found all the time, so why is the cranium of this small, old man so important? It turns out the discovery is changing our view of how early hominin species evolved – and how they led to humans. To understand how, let’s start at the beginning.

In 1995, researchers found several partial jaws, isolated teeth and limb bones in Kenya, dated between 4.2m and 3.9m years old, and assigned them to a brand new species: Australopithecus anamensis. All these fossils were found in sediments associated with an ancient lake – “anam”, which means lake in the local language. A number of additional specimens were then found in Ethiopia, thought to belong to the same species.

The primitive features of A. anamensis have led to the widespread view that this species is the ancestor of Australopithecus afarensis, a younger hominin from Tanzania, Ethiopia and perhaps Kenya, dated between 3.8m and 3m years old. The most iconic fossil of A. afarensis is probably the partial skeleton known as Lucy, which was for a long time viewed as the oldest known human ancestor. 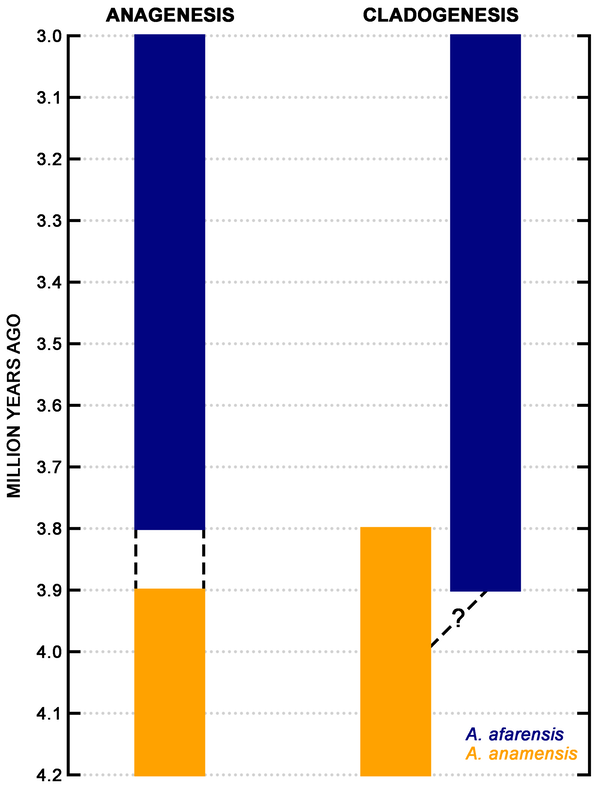 The newly discovered cranium, nicknamed “MRD” after its collection number MRD-VP-1/1, shows many similarities to the already existing A. anamensis specimens, and was therefore assigned to this species.

However, the MRD cranium was intact enough to allow scientists to analyse for the first time the complete face and braincase, and examine parts of the cranium that were still missing in the fossil record of A. anamensis.

The authors discovered several new morphological features in the MRD cranium that are conventionally considered to be characteristic of younger species on the human lineage.

The depth of the palate, for example, exceeds that of all known A. anamensis and A. afarensis specimens, and even is among the deepest palates of later Australopithecus species. This challenges the long and widely-held view that Lucy’s species evolved gradually from A. anamensis without branching of the evolutionary line – a process known as anagenesis. 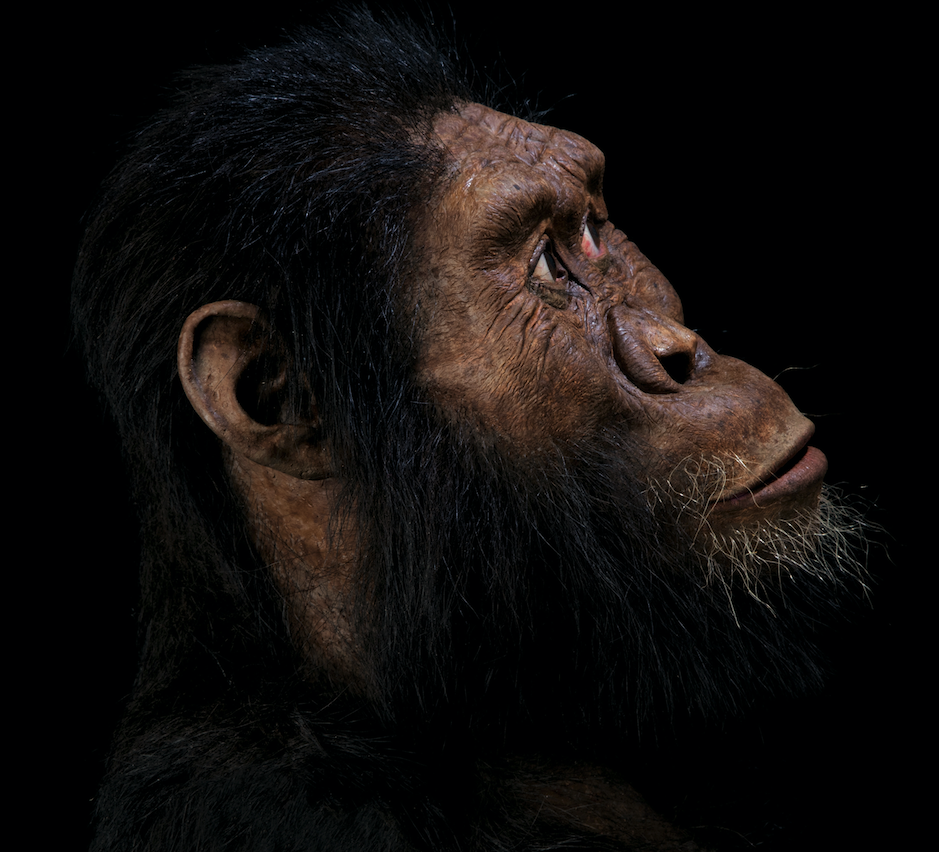 A facial reconstruction by John Gurche of the species Australopithecus anamensis, based on a nearly complete cranium fossil discovered in 2016 in Ethiopia, is seen in this photo released on August 28, 2019, in Cleveland, Ohio, US. Photo: Matt Crow/Cleveland Museum of Natural History/Handout via Reuters

Since these modern features were already present in the older species, the most likely scenario is that Lucy’s species formed by evolutionary divergence from A. anamensis – a process known as cladogenesis.

It is not known though exactly when A. afarensis diverged. Further evidence for cladogenesis comes from a 3.9m years old frontal bone (part of the forehead) from Ethiopia, discovered in 1981. Its shape is different from MRD which suggests this fossil probably belongs to A. afarensis.

If that is the case, then we need to revise the human evolutionary timeline, with A. anamensis existing from 4.2m to 3.8m years ago, and A. afarensis from 3.9m to 3m years ago. This would imply that both species were overlapping for at least 100,000 years, making it impossible for A. afarensis to have evolved gradually from one single ancestral group. In fact, it is becoming increasingly obvious that most species on our evolutionary lineage likely evolved by branching off from existing groups. 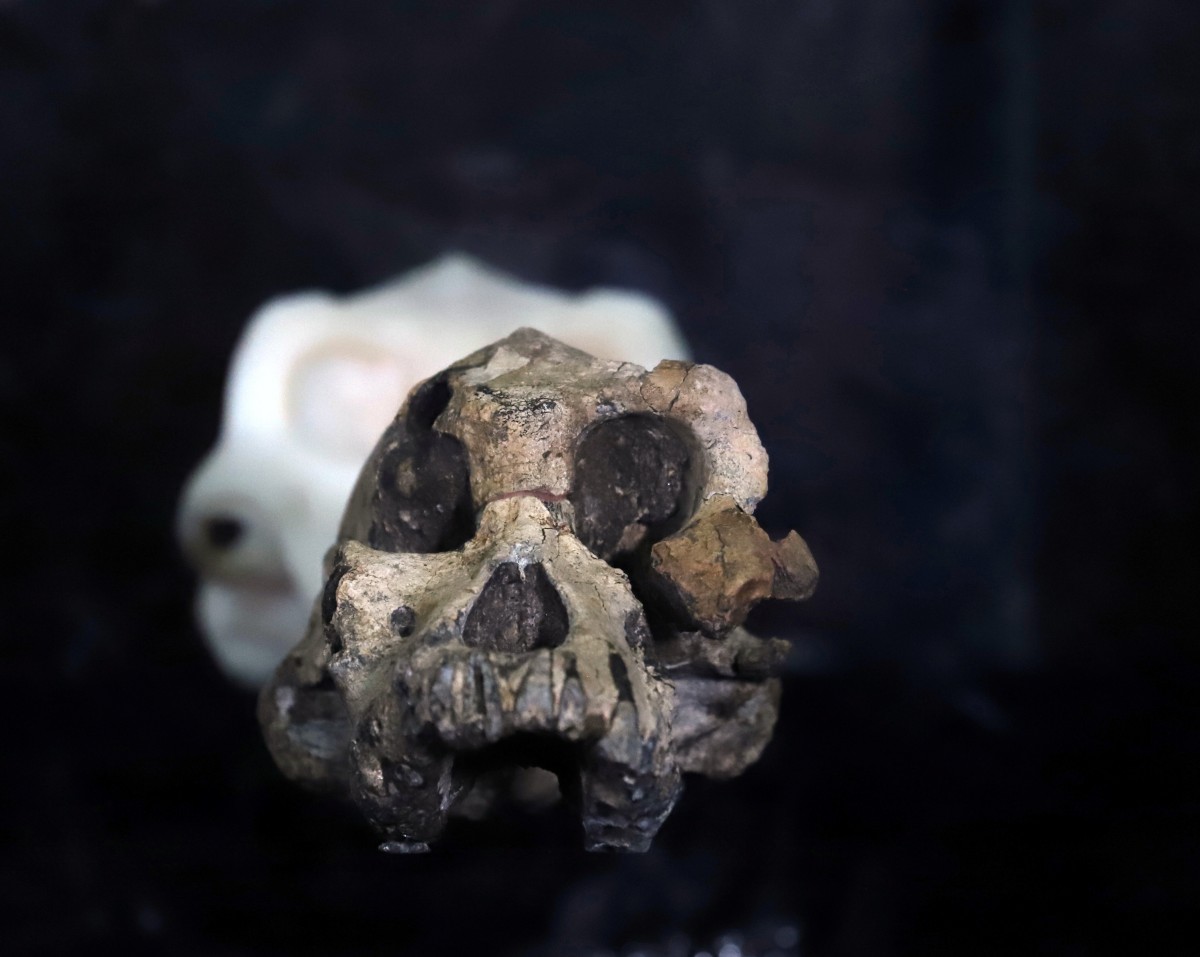 The new discovery also challenges the idea of Lucy’s species being the ancestor of all later Australopithecus hominins, which eventually led to humans.

A vertically straight and steeply rising curvature of the cheekbone has traditionally been considered to be a relatively modern feature. It was present in Australopithecus africanus (3.7m-2.1m years ago from southern Africa, considered by some to be a direct ancestor of the Homo lineage) and in Paranthropus (2.7m-1.2m years ago from southern and eastern Africa, not directly on our evolutionary line).

The opposite condition – a low and arched cheekbone – is considered to be primitive, and is shared among A. afarensis, Ardipithecus ramidus (4.3m-4.5m years ago from Ethiopia, a more ape-like primitive hominin) and African apes.

The crest of the MRD cranium, which is surprisingly modern, now challenges this view. It further opens up the possibility that the longstanding idea of A. afarensis as the ancestor of all later Australopithecus groups might have been wrong, and that instead A. anamensis is the ancestor to these younger species. Which early hominin is the direct ancestor of humans still remains an unanswered question.

Clearly this latest discovery has given new insights into our evolutionary past, but also increased the complexity of the relationships between early hominins. The mid Pliocene (5.3m-2.6m years ago) has become crowded with multiple, contemporary and geographically widespread species. 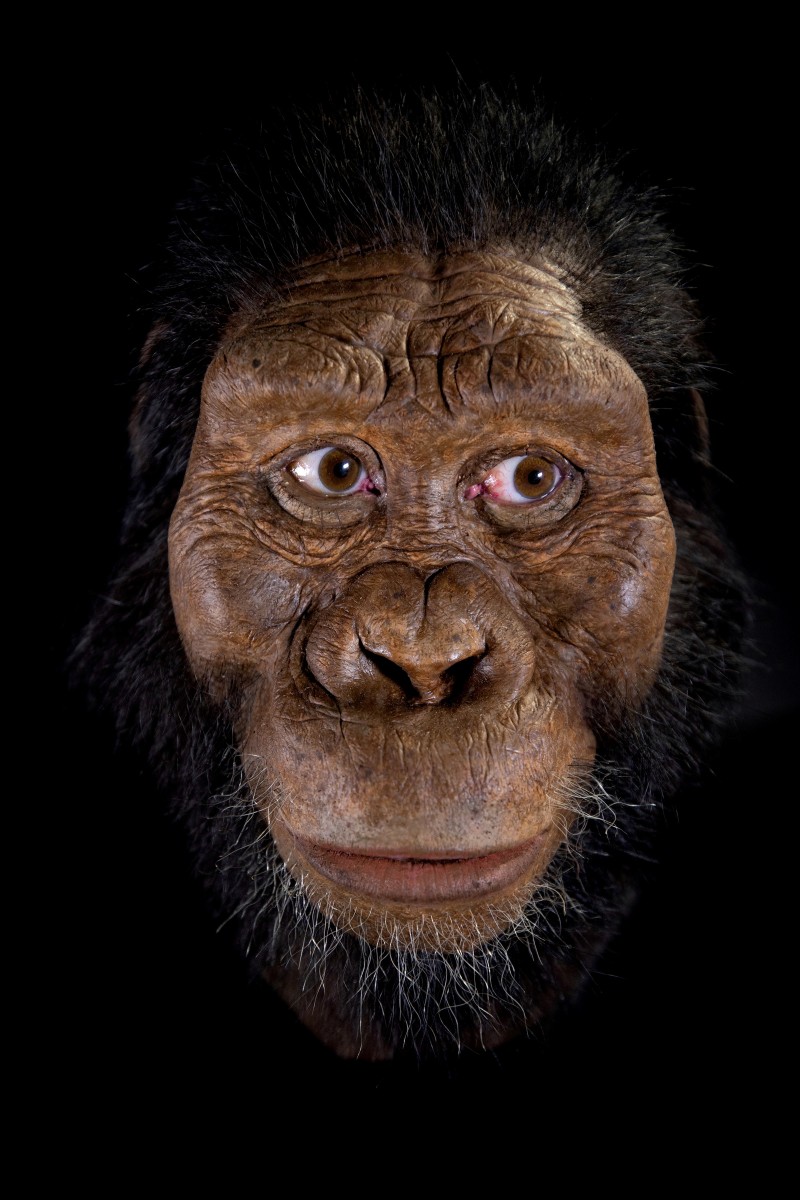 A facial reconstruction by John Gurche of the species Australopithecus anamensis, based on a nearly complete cranium fossil discovered in 2016 in Ethiopia, is seen in this photo released on August 28, 2019, in Cleveland, Ohio, US. Photo: Matt Crow/Cleveland Museum of Natural History/Handout via Reuters

Clarifying the relationships between these species, confidently characterising their morphology, and deciphering the complex and intricate story about hominin evolution is not a simple task. Specimens at each new site capture a different point along the evolutionary trajectory, but it is not easy to convert these findings into stable and reliable branches on an evolutionary tree.

More specimens from time periods and geographical locations that are currently underrepresented in the fossil record could help to settle these questions, but could equally turn everything we know upside down.

Discoveries all over the world in the last decade have led to a complete rethinking of our evolutionary past. It shows that new fossils do not always support existing hypotheses, and that we must be prepared to change our views and formulate new theories based on the evidence at hand.