The researchers say their method to detect the presence of cows specifically and other animals generally on or adjacent to Indian roads is something that hasn't been done before. 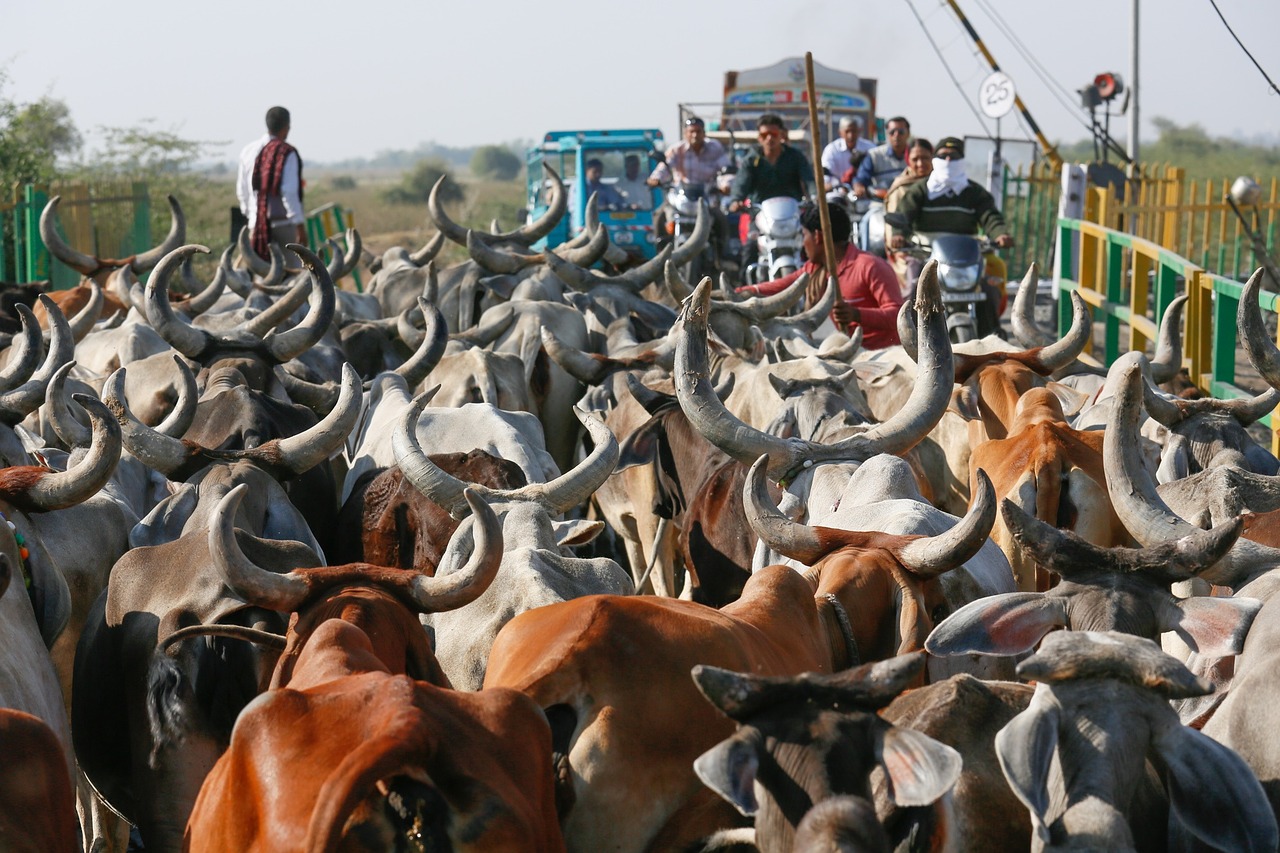 In 2015, over 146,000 people were killed in 501,423 road accidents in India, with another 500,279 people injured. Overall, 29.1 people were killed in the country for every 100 road accidents. A number of factors are responsible for these ghastly numbers, including bad roads, rapid urban motorisation as well as a prevalent reluctance to follow traffic rules. However, it isn’t known how often cows are involved in any of these accidents. None of the National Crime Records Bureau, the Ministry of Road Transport and Highways and the World Health Organisation have data on this.

Why would they? The cow isn’t wildlife nor a particularly interesting subject of conservation. At the same time, there have been news reports (here, here and here, for example) documenting a rising incidence of road accidents involving stray animals in the country.

In light of this, a pair of researchers – Sachin Sharma and Dharmesh Shah – have devised an obstacle detection system for vehicle drivers on Indian roads that will “determine whether an object near the vehicle is an on-road cow and whether or not its movements represent a risk to the vehicle”, to quote from a press release. The researchers, from the Gujarat Technological University (GTU), Ahmedabad, add that “a timely audio or visual indicator can then be triggered to nudge the driver to apply the brakes whether or not they have seen the animal”. Finally, the system still needs to be optimised – being currently 80% accurate – and can’t yet work at night. But in the absence of credible numbers on accidents involving cows, it’s unclear how useful this bit of engineering will be.

Then again, this is what the press release – distributed on April 7 by EurekAlert* – says, and it’s a bit of an injustice because it gives the impression that the paper is about a novel configuration of a pre-existing “collision alert system”. The real feat appears to be a novel method with which to detect the presence of cows specifically and other animals generally on or adjacent to Indian roads – something the researchers say hasn’t been done. The method uses “HOG descriptors”, which are “feature descriptors … used in computer vision and image processing” for detecting the presence of cows and “boosted cascade classifiers” for classifying the cows as… well, cows.

But before we proceed: some issues with the paper itself, as well as its publisher, prompt concerns over the legitimacy of its findings. For example, Inderscience, the publisher of the International Journal of Vehicle Autonomous Systems (in which the study was published), claims all its products are peer-reviewed. Its website also states that it doesn’t levy a processing fee unless a paper has to be open-access upon publication, but this fee is suspiciously large: GBP 2,000 (Rs 1.59 lakh). An email to the Inderscience press office about this hasn’t yet elicited a reply.

The paper also contains at least 11 instances of plagiarism. Even if they don’t interfere with the major conclusions, this isn’t to suggest the paper itself be exonerated. Moreover, the authors appear to have published a more detailed version of their thesis in the better-known journal IEEE Access in December 2016. And in this version, their system has an accuracy of 82.5%. According to Sharma, “Calculation of distance of the detected animal from the vehicle as well as speed of the vehicle is also added in the extended version.”

Back to the study: HOG descriptors are used to process images such that the information used to identify them becomes independent of brightness and shadows, apart from acquiring other advantages. The acronym stands for ‘histogram of oriented gradients’. Next, a classifier algorithm is used to ‘identify’ what is there in the image based on what it has been ‘taught’ earlier. But instead of sticking to the judgment of one, a series of classifiers are used in a cascade to ascertain what’s being identified in the image. The ‘boost’ stands for a technique used to improve the learning capabilities of the classifiers. All together, a cow-finder based on this architecture is called the HOG-cascade.

There are some constraints on the conditions in which this system will work optimally. For example, the duo report in their Access paper that the camera can’t pick up on a cow more than 20 metres away. For another, the warning system won’t be able to warn the driver and and allow them sufficient time to act usefully if the vehicle’s moving faster than 35 km/hr. The accuracy of 82.5% isn’t very helpful either: it means that in almost one in five instances, a signal will be sounded too late or not at all. This is particularly problematic for the case of autonomous vehicles as well as drivers who are almost entirely reliant on the system to alert them. Sharma said they’re now trying to ramp the accuracy up to 90% by training the classifiers with more animal images: “it is a very challenging task”.

But overall, notwithstanding the lack of data on the involvement of cows in road accidents: a detection-and-warning system that has to work in India can’t account only for humans, even if in urban settings. Our roads are populated by all kinds of obstacles that can make commuting stressful, ranging from stray animals to uncouth motorcyclists to overloaded trucks. So being able to detect humans alone and then triggering a warning won’t be able to prevent all accidents caused by driver inattention. This in turn can help reduce the number of road accidents that have been blamed on the driver: fully 78% in 2013.

Sharma said that GTU is seeking government support at the moment to have their device (a laptop-camera combo) integrated with vehicles. The current cost of each unit is Rs 45,000, but Sharma says this can be brought down with further optimisation such that an Android smartphone will suffice.

At the same time, let’s not kid ourselves that this will solve much if other solutions don’t fall in place. In the policy sphere, for example, why is road safety not included under public health when it should be?

*EurekAlert has been known to distribute questionable press releases in the past.