Astronomers have been looking for dark matter for many years now, and to find a strange signal at the heart of our home galaxy that could be pinned on the elusive substance seemed tantalising. 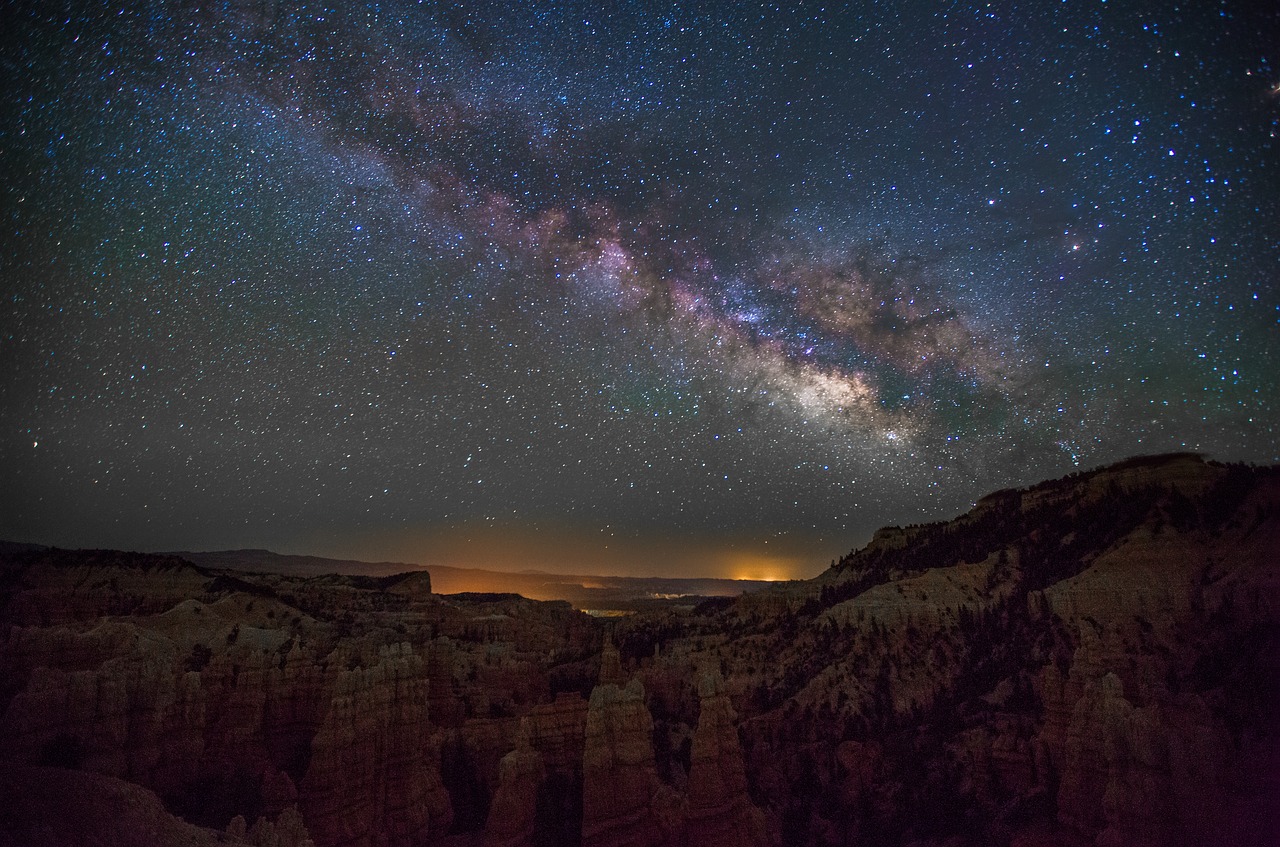 The Milky Way galaxy, as shot from Utah. Credit: derwiki/pixabay

There is more gamma radiation coming from the Milky Way’s central bulge than scientists have been able to account for. This is why some of them think the region could contain clumps of dark matter, which produce gamma radiation when they interact with each other. However, a new analysis based on data collected by the Fermi Gamma-ray Space Telescope (FGST) in over five years offers an alternate explanation – one that doesn’t invoke any exotic substances.

Many physicists assert that dark matter should exist according to their theories and interpretations of the data. However, extremely sensitive experiments have failed to confirm any of these theories, including the most favoured one: that dark matter is made up of ‘weakly interacting massive particles’ (WIMPs). Observational studies have suggested that 85% of all the matter in the universe is in the form of dark matter. Even though more experiments are in the pipeline, some physicists aren’t waiting. They have chalked out alternate models of dark matter; some others have proposed alternate ways to interpret the data; even others contest the data itself.

The new analysis is of the second kind (although it doesn’t reinterpret all data). Based on observations of the galactic centre by the Large Area Telescope (LAT) onboard the FGST, a group of astrophysicists thinks that the excess gamma rays are being emitted by a clutch of pulsars, the extremely dense cores of long-dead stars, that hasn’t been spotted before. The analysts also claim in their preprint paper (uploaded on April 28) that the properties of the observed excess radiation match too well with their analysis to be coincidental.

As the study’s leader, Mattia Di Mauro, told symmetry magazine, “Our study shows that we don’t need dark matter to understand the gamma-ray emissions of our galaxy.” Di Mauro is a physicist at the Kavli Institute for Particle Astrophysics and Cosmology, an independent laboratory at Stanford University, California.

Their work isn’t entirely novel, even if it improves on previous attempts. In June 2015, three research groups – one in Europe and two working together in the US – reported that the excess gamma rays seemed to be coming from point sources scattered around the Milky Way’s bulge. And according to Di Mauro, about 70% of all point sources of such emissions in the Milky Way are pulsars. This is in opposition to the gamma rays emitted when cosmic rays collide with particles in gas clouds floating in the space between stars. Such emissions appear to emanate from a smeared region.

The research groups also added that the emissions could be explained if there were a set of as-yet undiscovered pulsars in the bulge. They had used data from the FGST-LAT.

However, none of the three papers challenges the existence of dark matter nor its underlying motivations. They also don’t alter our understanding of how the Milky Way formed, according to Shiv Sethi, an astrophysicist at the Raman Research Institute, Bengaluru. Further, he added, “We do not know the nature of dark matter well enough to predict how it might annihilate or decay to emit gamma rays. So it is entirely conceivable that we shall never detect gamma ray emissions from dark matter.”

Pulsars are the highly compact cores of once-heavy stars. They weigh about once or twice the mass of the Sun but are about as wide as an average city (~20 km), which makes them extremely dense. They rotate rapidly and are wrapped by powerful magnetic fields. Pulsars are called so because they emit a narrow, focused beam of radiation from two ends. These beams can be seen only when they’re pointed at Earth. Because the pulsar is rotating, the beams point periodically at Earth, making these objects look like they are pulsing in the night sky.

Scientists can observe and study distant pulsars using their beams. When the beams contain gamma rays, the pulsars are called gamma-ray pulsars. But despite having studied pulsars for over four decades, scientists don’t precisely understand how the beams are formed. They do have reason to believe the beams could be powered by rotational energy lost by the pulsar as it slows down over millions of years. Nonetheless, other physical properties of pulsars are better understood. One of them paved the way to concluding that the gamma-ray excess from the galactic centre needn’t be due to dark-matter annihilation.

According to Di Mauro, in symmetry, “Pulsars have very distinct spectra – that is, their emissions vary in a specific way with the energy of the gamma rays they emit. Using the shape of these spectra, we were able to model the glow of the galactic centre correctly with a population of about 1,000 pulsars and without introducing processes that involve dark matter particles.”

The robustness of the results in the new study will also be instrumental in ruling out other sources of the surplus gamma rays emerging from the galactic centre. Apart from cosmic rays ramming into interstellar gas, gamma rays are also produced by supernovae, radioactive decay and when blackholes devour matter.

The results will also help lay a mystery to rest. Astronomers have been looking for dark matter for many years now. And to find a strange signal at the heart of our home galaxy that could be pinned on the elusive substance seemed tantalising. However, their hopes were also being set back by the fact that they had failed to find similar signals at the centre of other galaxies. So what remains now is for Di Mauro & co., as well as others, to point radio-telescopes towards the region where the putative pulsars are supposed to be. If the pulsating flashes show up, then it’s end of story.