A number of predatory journals thrive in India, fed by many universities requiring students to publish a paper to get a PhD. This is "a BAD incentive to encourage scams". 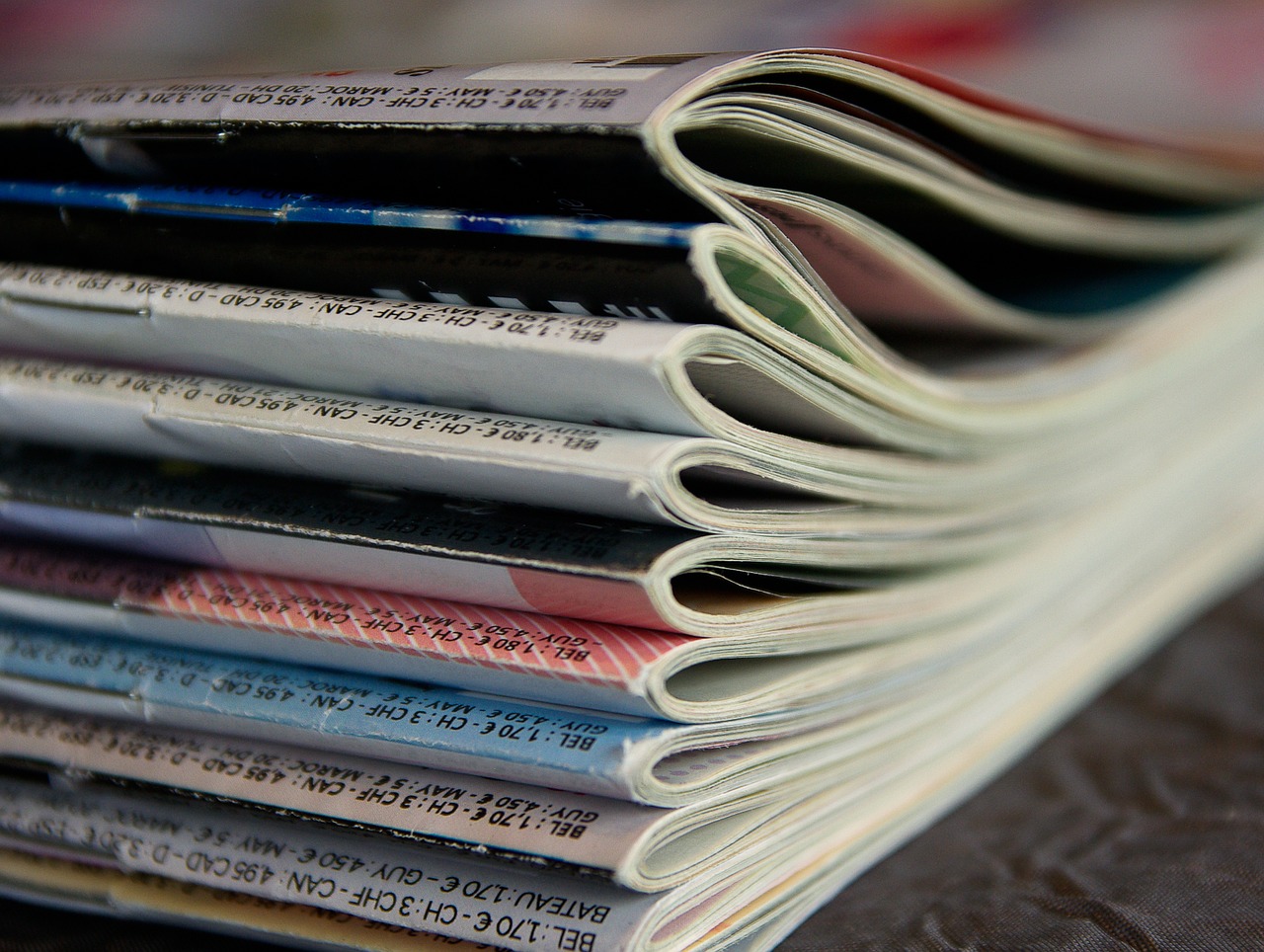 A number of predatory journals thrive in India, fed by many universities requiring students to publish a paper to get a PhD. This is “a BAD incentive to encourage scams”.

Two years ago, a scientist named Johannes Bohannon and a group of German reporters, together with a doctor, crafted a small study. They conducted a clinical trial with 15 people to check whether eating dark chocolate while on a low-carb diet quickened weight loss. Apparently it did – so they drew up a paper, published it in a journal and distributed their press releases through a service used by over 5,000 journalists worldwide.

A few months later, it turned out Johannes Bohannon was actually John Bohannon, a science journalist. And that the study had been rigged such that it produced results even when it shouldn’t have because the team over-analysed their data. And that the press release was in fact a sting aimed at reporters who should’ve been able to pick up on the BS but didn’t. The result was perfectly sober – but baseless – articles in the Irish Examiner, Huffington Post India, Bild, Shape mag, Express UK, Daily Mail, Times of India, Cosmopolitan, etc. Bohannon finally rounded off with a tell-all essay in io9.

The point of Bohannon’s sting was to show how often health reporters – the worse ones, at least – fell for hyped up results without checking the science behind them, and in general were dangerously flippant about popularising damaging health advice. While his method came under fire because it jeopardised the reputation of all health reporters around the world, it wouldn’t have been possible without the one thing other than gullible journalists: predatory journals.

“Thousands of academic journals do not aspire to quality. They exist primarily to extract fees from authors. These ‘predatory’ journals exhibit questionable marketing schemes, follow lax or nonexistent peer-review procedures and fail to provide scientific rigour or transparency,” Polish researchers wrote in the March 2017 issue of Nature. Bohannon and his colleagues published their results in one such journal, the International Archives of Medicine.

Such journals are a problem not only because they help popularise bad science. They’re also a problem because of their practices: they scam researchers into thinking they’re legitimate, charge arbitrarily large article publishing fees, prey on unsuspecting individuals desperate to have their papers published, and tarnish the valuable open-access movement to which they claim to belong. Many of them are also belligerent and don’t like to be labeled ‘predatory’.

Case in point: One of the biggest resources on the web to identify if a journal was predatory was Jeffrey Beall’s list. Beall, an associate professor at the University of Colorado, Denver, had maintained a list of over a thousand journals suspected to be no more than money-making machines. The list was removed earlier this year with no explanation from Beall. There has been speculation that some journals may have taken him to court because they thought they didn’t deserve to be on it (the editors of an Iranian journal told The Wire they had filed a legal challenge).

While Beall did have a channel open on his blog – where the list was – to allow disgruntled journal editors to get in touch with him to have their journals removed, the list itself had come to wield considerable influence over the years. Ending up on it couldn’t bode well for stakeholders.

In a new effort to identify predatory journals, the Polish researchers mentioned above undertook another sting. This one was different from Bohannon’s because it didn’t target reporters or the consumers of journalism – thereby undermining no trust – but went after journals. Piotr Sorokowski, Agnieszka Sorokowska, Katarzyna Pisanski and Emanuel Kulczycki created a fake person with fake credentials on the web, had her apply to 360 journals to be an editor and then waited to see how many applications succeeded.

They picked 120 each of three kinds of journals for their experiment. The first kind was journals indexed in the Journal Citation Reports (JCR). These included whitelisted names like Nature, Science, etc. The second kind was those in the Directory of Open Access Journals (DOAJ), which listed legitimate journals that were fully open access. The third was picked from Beall’s list. Finally, the scientists’ candidate herself was named “Anna O. Szust”, which is Polish for “Anna, a fraud”.

“It was a matter of getting an absurd number of emails every week – sometimes multiple times a day – inviting us to send our own papers to, review papers for or even be editors of journals entirely outside of our fields of expertise,” Katarzyna Pisanski, a researcher at the University of Sussex, UK, and the University of Wrocław, Poland, told The Wire. “I just received an invitation to join the editorial board of a journal specialising in otorhinolaryngology.”

“We got the idea to do something about this in 2015. That’s when the study was conceived. It was our way of drawing attention to the problem. Ultimately, it’s a call to action.”

Pisanski and her colleagues clarify in a Nature Comment piece that tricking the journals into considering Szust was a means to an end: to show up how journal editors responded to such applications depending on where they were going with it. For example, they reported that those titles that accepted Szust’s application typically wanted to achieve one of these objectives.

It’s been reported in the past about how many scientists have been surprised (here and here, e.g.) to find their names listed on the editorial boards of some journals. But all of these have typically been predatory journals – and not titles listed on the JCR or the DOAJ. On the other hand, the new sting resulted in Anna O. Szust being appointed editor on the boards of eight DOAJ journals.

“My guess is that there may be an almost bimodal pattern here,” Jonathan Eisen, an evolutionary biologist at the University of California, Davis, told The Wire. “Some journals are just fraudulent and scams. And they will accept new ed board members with no screening. And then there are real journals which maybe occasionally make a mistake or have a leader who is lazy, but which most of the time actually have real ed boards.”

While Pisanski et al. have refused to name the journals that were stung, their data shows that they pinged 47 predatory journals in India, of which 16 appointed Szust. India has become something of a hotspot for predatory journals. And conversations about them more often than not mention the Hyderabad-based OMICS Group. While its editor-in-chief, Srinu Babu Gedela, has vehemently denied any instance of wrongdoing, open-access advocate Richard Poynder has documented at length OMICS’s questionable attempts to rope in editors onto its board as well as its publication practices. In fact, the US Federal Trade Commission sued OMICS in August 2016 for “deceiving researchers”.

The Szust experiment isn’t the first of its kind either. In January 2012, Eisen, the former academic editor-in-chief of the open access journal PLoS Biology, was tipped off about a curious character on the editorial board of Molecular Biology, published by the OMICS Group. The character, Peter Uhnemann, had a decidedly wacky bio and research interests. It emerged that Uhnemann was a fake person invented by the German magazine Titanic and who had managed to wind up on a journal’s editorial board despite OMICS claiming the election of editors is “one of the most important decisions” made by the group.

The Indian predatory journals problem has some strong roots in academia.

Many Indian universities and colleges pressurise graduating students to publish their research in order to obtain their degree, or prospective teachers to have a published paper. Then, some of the more negative outcomes that are possible are that these papers lack the quality to be published in renowned journals or the research itself is good but doesn’t merit a paper. As a result, predatory journals are often the way to go.

These stories aren’t limited to the dime-a-dozen private institutions dotting the national higher-education landscape. According to a report published in the journal Current Science in December 2016, over 300 papers published in “junk journals” between September 2015 and February 2016 had been authored by researchers at national institutions. Almost 500 had originated from state universities.

In an effort to counter this, the University Grants Commission (UGC) published a list of over 38,000 ‘preferred journals’ in January this year. Only papers published in journals in this list could be considered for certain forms of evaluation – such as, but not limited to, its Career Advancement Scheme. But even a preliminary analysis by The Wire in the same month found that the preferred journals list contained the names of some predatory titles. The list also doesn’t include journals printed in regional languages but includes those in French and Spanish.

Essentially, according to Satish Deshpande, a sociologist at Delhi University, the UGC’s move indicated that it was letting universities and teachers desert their responsibility to produce better research – and push the burden onto journals’ doing due diligence.

“Any system can be gamed,” Eisen told The Wire. “But such requirements – e.g., requiring one to publish a thesis before getting a degree – seems to be a BAD incentive to encourage scams.”

Deshpande concurs: “From a purely pragmatic or realist perspective, surely the UGC knows that a significant proportion of doctoral theses currently being produced are substandard,” he said. “If so, isn’t it obvious that insisting that such work be published will lead to exactly the kind of proliferation of fake journals that we see today?”

There have also been accusations that the UGC’s handling of PhDs will only increase the number of scholars pursuing a doctorate for the sake of having one – not for the sake of conducting research. “The UGC ought not to be pushing in opposite directions to the publication-before-submission policy,” Deshpande argues. “For example, insisting that departments ‘fill up’ the PhD segment by taking students regardless of their readiness for original research, and making a PhD a ‘job’ degree, such as a requirement for teaching jobs … when there is little proof that a good researcher is necessarily a good teacher, … will inevitably increase the proportion of PhDs done out of compulsion.”

Finally, a third outcome is also possible in this publish-before-submit/apply model. Institutions or researchers can’t afford the hefty article-processing charges of many legitimate open access journals (that use the author-pays model). Eisen says these issues can be dealt with by “reducing publishing costs, waiving fees for certain locations or people, which is done in some cases, and getting grants to support an OA journal and having NO publication fees,” among others.

With inputs from Jahnavi Sen

Note: This article earlier stated that the researchers numbered three, which was corrected to four on March 23, 2017. The fourth person is Emanuel Kulczycki.