A new study has found that ancient human populations mated with the Denisovans in two waves, contributing up to 5% of the modern human genome. 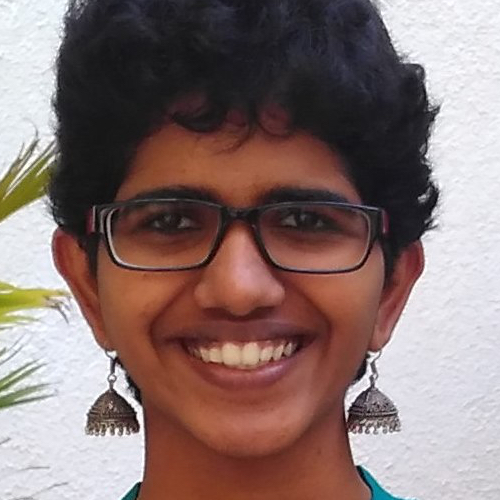 Scientists have discovered that ancient human populations intermixed with our close cousins, the elusive Denisovans, not just once but at two different times. And that this has led to certain modern human populations carrying upto 5% Denisovan DNA.

The Denisovans are ancient hominids who existed as recently as 40,000 years ago. New evidence shows that not only did they exist at the same time as Neanderthals and ancient humans, they also interbred with them.

The first indication of their existence was a bone fragment of a little finger that researchers found during a routine excavation for Neanderthal bones in the Denisova cave in the Altai mountains of Siberia in 2008. But the DNA extracted from the bone fragment revealed that the bone came from a species of hominids distinct from the Neanderthals. Researchers named them the Denisovans, after the cave where the bones fragments were found.

Our current knowledge of these hominids is based on just four pieces of bone: a finger bone, two molars, all of which yielded DNA, and a toe bone. But researchers have managed to extract almost the entire Denisovan genome from these bone fragments. They when compared the data with Neanderthal and human DNA and found a lot about the evolution and early lives of modern humans.

However, the most exciting finding from the Denisovan DNA was from its comparison with modern human DNA. Researchers discovered that the Denisovan legacy lives on in the genes of many Asian groups, such as the Han Chinese and the Papuans.

A recent study conducted by a team led by Sharon Browning, a professor of biostatistics at the University of Washington, Seattle, advanced our understanding of the relations between ancient humans and the Denisovans. The researchers looked at DNA extracted from the Denisovan remains, compared it with the DNA of over 5,600 people across Eurasia and Oceania and found that populations from Melanesia and East Asia shared ancestry with the Denisovans.

Looking more closely at DNA regions that seemed to be of Denisovan origin, Browning discovered that there were two distinct signals of Denisovan DNA in modern human genomes in different populations. 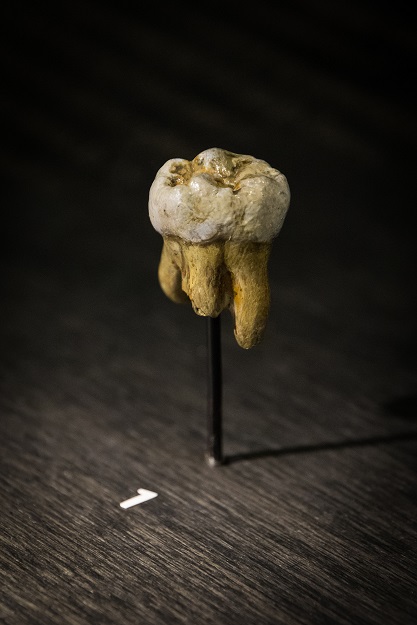 One of the Denisovan molars that were excavated. Credit: Thilo Parg/Wikimedia Commons CC BY-SA 3.0

Data from the paper published in Cell showed that certain DNA regions of  Chinese and Japanese populations were very similar to the DNA of the Denisovan woman whose finger bone was found in the Altai mountains.

Additionally, in these populations, they found weak signals of a second set of regions that seemed to be Denisovan in origin, but not as similar to the DNA from the Altai mountains. The Papuan population, on the other hand, showed strong signals for the latter type – regions in the DNA that were clearly Denisovan in origin but not related to the Altai female.

These observations indicate that ancient humans and the Denisovans mated with each other in at least two waves. One mating wave – which refers to the admixture of populations, not individuals, of Denisovans and humans – contributed to the DNA regions that are seen in Papuans and the East Asians. A second, possibly later mating wave involving a different Denisovan population contributed the DNA regions that are observed in only the East Asians.

According to Browning, this suggests that as ancient humans migrated through south Asia, they encountered and mated with one population of Denisovans. Progenies of this group migrated as far as Melanesia. This explains why current Melanesian populations have upto 5% Denisovan DNA in them. Humans migrating through a more northerly route in Asia probably encountered a second group of Denisovans, possibly somewhere near the Altai mountains and proceeded to East Asia, explaining why DNA regions in modern day Chinese and Japanese populations is very similar to the DNA extracted from the pinky bone in the Altai mountains. 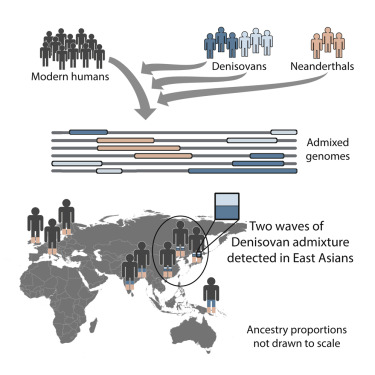 A schematic of admixture events between humans and Neanderthals and Denisovans and their contributions to modern human DNA. Credit: Sharon Browning et al, Cell, 2018

Browning did not stop at that. Using the genomic data of 5600 individuals from 23 populations and existing Neanderthal genome sequences, she tried to put together information regarding interbreeding between Neanderthals and ancient humans, quite like she did with the Denisovans. “Once I found two Denisovan waves, I thought we’d see something similar in the Neanderthals”, she told The Atlantic.

To her surprise, she found evidence for what seemed like only one wave of interbreeding between the Neanderthals and ancient humans. This was counter intuitive since scientists know that Neanderthals were distributed all across Europe and Asia. Thus, humans would have encountered multiple populations of Neanderthals as the spread through Europe and Asia.

Browning surmised that this might be because the genetic diversity within Neanderthals was very low compared to that of the Denisovans. For example, DNA extracted from Neanderthal bones as far apart as Croatia and Siberia were seen to be more similar to each other than the two Denisovan DNA regions that Browning found in her study, The Atlantic reported.

“Maybe the Neanderthals were more nomadic and their populations were mixing a lot, while the Denisovans stayed in particular places and didn’t mix”, Browning concluded.

One of the more intriguing insights from the discovery of Denisovan DNA is related to a certain mutation that is frequent among the people of the Tibetan plateau.

In 2010, a team led by Rasmus Nielsen at University of California, Berkeley, found that a unique mutation in the EPAS1 gene allowed Tibetans to survive and thrive in high altitudes with only 60% of the oxygen found at sea level. While this mutation is found in 87% of all Tibetans, only 9% of the closely related Han Chinese exhibit it. The team called it the “strongest instance of natural selection documented in a human population”.

In a normal human being, the body steps up red blood cell (RBC) production when the environmental oxygen levels are low. If we were to continuously stay in a place with low oxygen levels such as the Tibetan plateau, it could lead to an overproduction of RBCs which could lead to viscous blood and hence stroke and high blood pressure. The mutation in the EPAS1 gene in Tibetans allows them to cope with low oxygen levels without suffering from stroke and high blood pressure by preventing their bodies from overproducing RBCs.

When Nielsen, who studies the molecular basis of evolution, attempted to find the origin of this mutation, he observed that the Denisovan version of the EPAS1 gene was almost an exact match for the Tibetan version. Moreover, the Tibetan version was very different from the Han Chinese version, despite the two populations having diverged as recently as 3000 years ago.

Thus, a Denisovan contribution allowed Tibetans to colonise a harsh environment – but the Denisovans themselves did not live in high altitudes. Nielsen postulated that the same gene may have helped them survive cold climates and coincidentally allowed the Tibetans to colonise the plateau – an example of the same gene performing multiple functions.